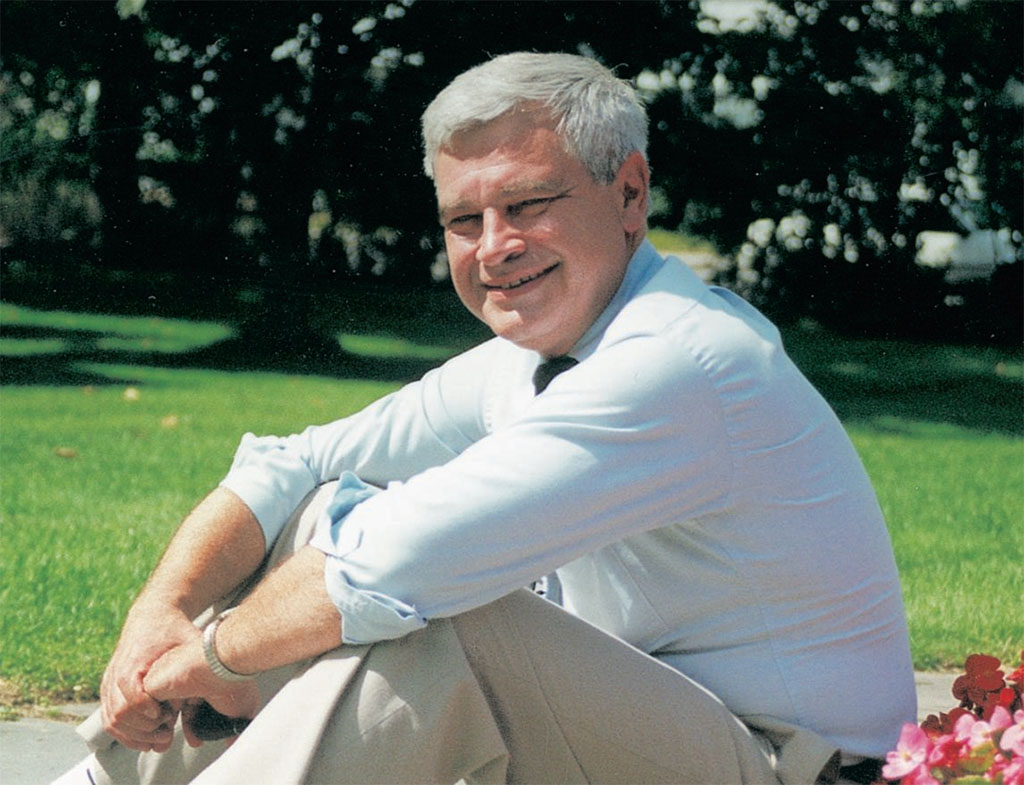 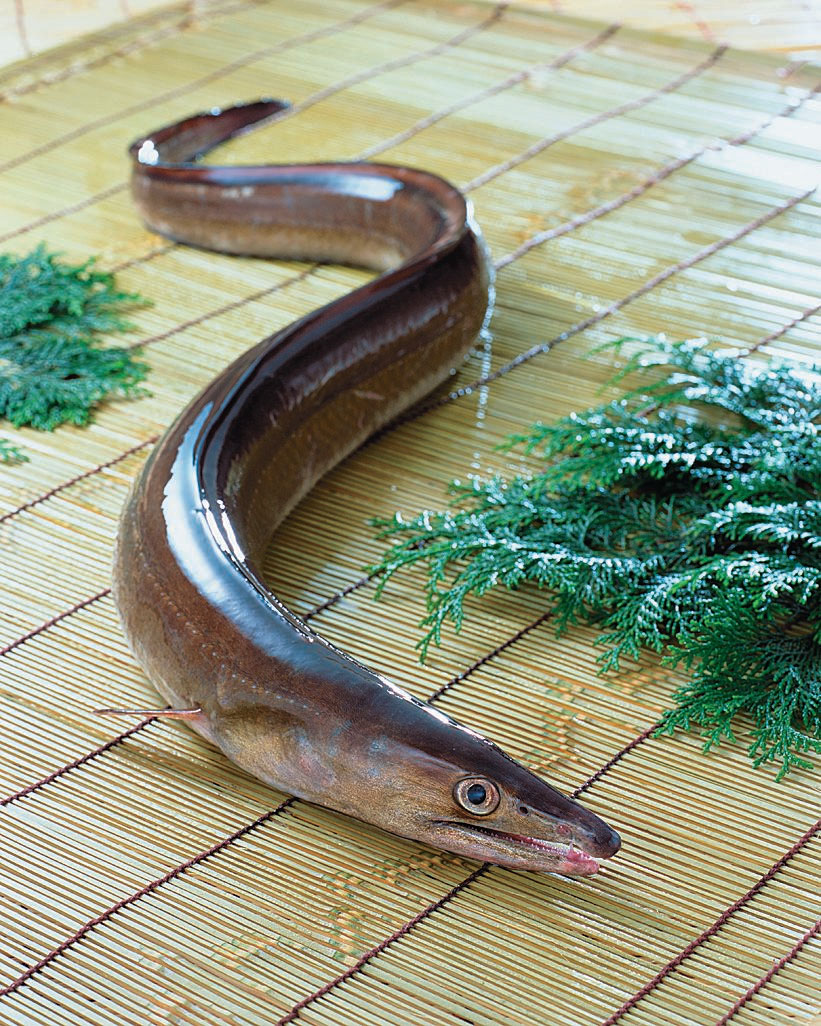 Long a tradition in the seaside town of Lyme Regis, conger cuddling has been condemned as inhumane to dead eels. Say what?[/caption] 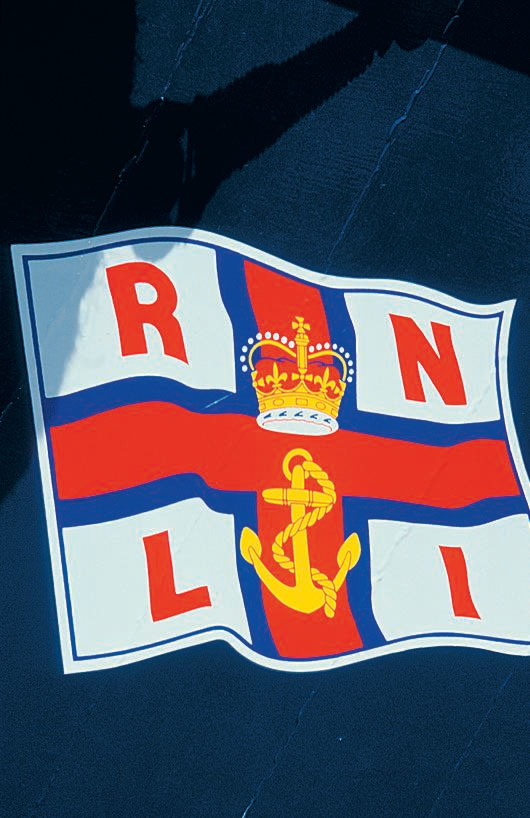 Down in the Dorset seaside town of Lyme Regis an annual and much anticipated charitable event known as “conger cuddling” has been altered after someone objected to its use of dead eels as weapons. For 40 years the citizens of the famous harbor town had gathered to enjoy their unique competition, in which teams of contestants try to knock each other off pedestals with dead conger eels—at least until one citizen complained about the “inappropriate” practice.
The event, which attracts 3,000 people a year, raises funds for new lifeboats in the area.
Based on an anonymous e-mail complaint, the Royal National Lifeboat Institute decided to change the traditional practice to something more humane. Part of the town’s charitable Lifeboat Week, this year the event featured the decidedly unpopular practice of using mooring buoys instead of the eels. “It was not quite the same,” said Andrew Kaye of the RNLI. “We are thinking of having a plastic eel made.” That won’t be quite the same either.


It’s been years since the cauldron of British politics has roiled so furiously. Tony Blair’s hour upon center stage cometh to an end. The political climate in Westminster is very different now for Blair and his New Labour coalition than it was a decade ago when the prime minister swept into office replacing a tired Tory administration. Now, the calls continue within his party and without for Blair to take a graceful bow and retire to the wings.
Despite his poor grades in the areas of health and education, Blair’s tenure in office has been marked by continued growth in the British economy and a continued place of respect for Britain in the world community. Unquestionably, his support and the support of the Labour Government for U.S. stands in Iraq and on other fronts of the current war contributed significantly to the decline in his popularity in recent times.
Polls continue to suggest that at the next general election British voters will give a nod to the fresh face of David Cameron, young leader of a rebuilt Conservative Party. Whether Gordon Brown and the Blairite rump can rally voters to remain loyal to Labour before then remains to be seen. Either way, Tony Blair brings to a close an exceptionally successful political career; he deserves a better curtain call than he is receiving. Like Margaret Thatcher demonstrated well before Blair, however, with the indeterminate terms of the British parliamentary system, there is always a temptation for star players to stay on the stage longer than they ought.

YOU ASKED AFTER THE KING?


“As a longtime reader of British Heritage and one interested in Glastonbury and the King Arthur legends, I would love an update on them!” writes Grace Norris of Wayzata, Minn.
Well, you’ll be happy to learn that King Arthur is alive and well. A quick search reveals 10.5 million Web pages on the old boy. That’s more pages than roused by Queen Victoria and Henry VIII combined.
It is easy to see why King Arthur remains such a popular figure. He represents things the way they are supposed to be instead of the way they are. From the time Arthur emerged as the popular hero of medieval romance to now, the King Arthur legends have provided a broad framework for embellishments and additions to the themes. 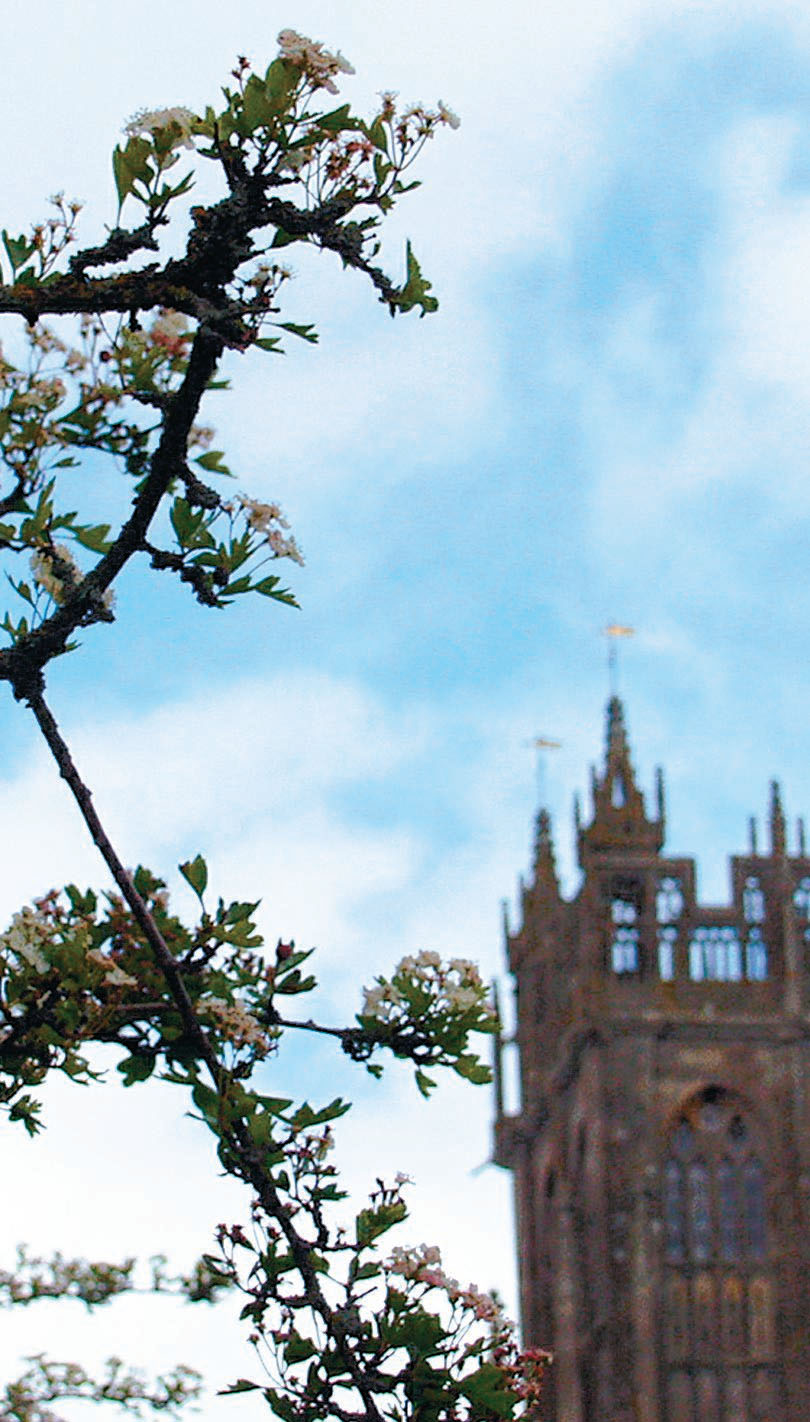 The Christmas thorn, sprung from the staff of Joseph of Aramethea, still blooms every winter and spring at Glastonbury Abbey.[/caption]

It was at Glastonbury Abbey that Norman monks supposedly uncovered the graves of Arthur and Guinevere in the 12th century. ’Twas here the Latin inscription was found: “Here lies Arthur, the once and future king.” The graves are marked on the abbey grounds. Perhaps more famously, Glastonbury is associated with the Grail legend. Here in the 1st century, the story goes, Joseph of Arimathea came to bring the Gospel and with him brought the cup from which Jesus drank at the Last Supper. Joseph’s staff was planted in the ground and took root. It became the Glastonbury thorn, which blooms each Christmas and spring. The original tree died years ago, but many cuttings had been made. At the abbey today a thorn tree thrives that, they say, is one of those cuttings.
The ruins of Glastonbury Abbey today remain a great visit. Among the earliest significant religious foundations in England, the Somerset market town calls itself “the cradle of English Christianity.” The town and abbey’s big annual event is the Glastonbury Pilgrimage, an Anglo-Catholic celebration attended by thousands every June. Next year’s pilgrimage is June 16. The rest of the year, though, the commercial environs of the small town reflect Glastonbury’s prominence as a center of New Age mysticism. Needless to say, the old monks wouldn’t have approved.
As for King Arthur himself, the Glastonbury claim notwithstanding, the historic figure on which the medieval romances were built was probably a 5th-century king of Powys named Owain Ddantgwynn. You can read about it in King Arthur: The True Story, by Graham Phillips and Martin Keatman.
You too can ask a burning question. If you have long pondered a topic of British history or common life without resolve, ask British Heritage! Send your queries and puzzlements along to BH.


The A39 runs right by Nether Stowey, and the path of least resistance takes it. A signposted turn steers the driver on to the High Street of Nether Stowey. It is not really much of a town and would have been a mere village when Samuel Taylor Coleridge took a cottage there in 1796. The Coleridge Cottage is open assorted afternoons from 2 p.m. In truth, it is a few dark rooms with some moderately interesting personal effects of the great poet and critic. More important, though, is the essence of literary history here, where Coleridge wrote “Kubla Khan” and several other of his best-known poems and where he entertained Wordsworth, Lamb and other young lions of Romanticism.
Though we are some miles from the sea, the pub across the street from Coleridge’s cottage is The Ancient Mariner. With a back patio and terrace awash with longingly cared-for flowers and a pleasant dark-wood interior, the pub makes a great refreshment stop. There is no connection, of course, between the pub and Coleridge’s marvelous poem, but naming the pub for the weary old sailor was a nice gesture.

THIS POLICEMAN’S LOT IS NOT A HAPPY ONE


After 30 years with the Northern Constabulary, police constable David Inglis recently hung up his truncheon and took his retirement. For the last nine years, Pc Inglis has had the longest single beat in Europe, ranging more than 900 square miles of wilderness in the Scottish Highlands. He patrolled a 100-mile stretch in a Ford van from Elphin to Loch Eriboll with a total population of 1,100.
His last monthly crime log had three items on it: a minor road accident, a dead sheep and a £11 unpaid restaurant tab. In nine years he had one break-in and never dealt with a serious crime. The only theft he can recall was when a group of Italian tourists absconded from a hotel with a bottle of malt whisky. He caught up with them and made them give it back.
Three days after his retirement, Pc Inglis was in Inverness shopping for tiles for his new home. He left his wallet on the counter and it was apparently stolen from under his nose.
“The lads at the station in Inverness were very professional and took my details, but there was a bit of gentle ribbing and a wee smile on their faces,” he confessed.


I had a lovely note from Annie Ladd (aged 101½), who shared her enthusiasm for the wild, rugged countryside and coast of Durham and Northumbria. As it happens, she toured up there four years ago. Annie also sent along a treasured picture of herself and her late husband, Robert, being presented to the Queen Mother in the rose garden of Lambeth Palace, London, on July 1, 1955.
We are always pleased to hear from you. Our postal address here in Leesburg, Va., is on the masthead, of course. We are at 741 Miller Dr. SE, Suite D-2, Leesburg, VA 20175. Our e-mail address is [email protected] group.com.
If you somehow missed an issue of BH, you can always complete your set with back issues available on our Web site at www.historynet.com or by calling 1-800-358-6327.

7
Robert and Annie Lee Ladd were presented to Queen Elizabeth the Queen Mother in the rose garden of Lambeth Palace, London, July 1, 1955 (Courtesy of Annie Ladd).[/caption]