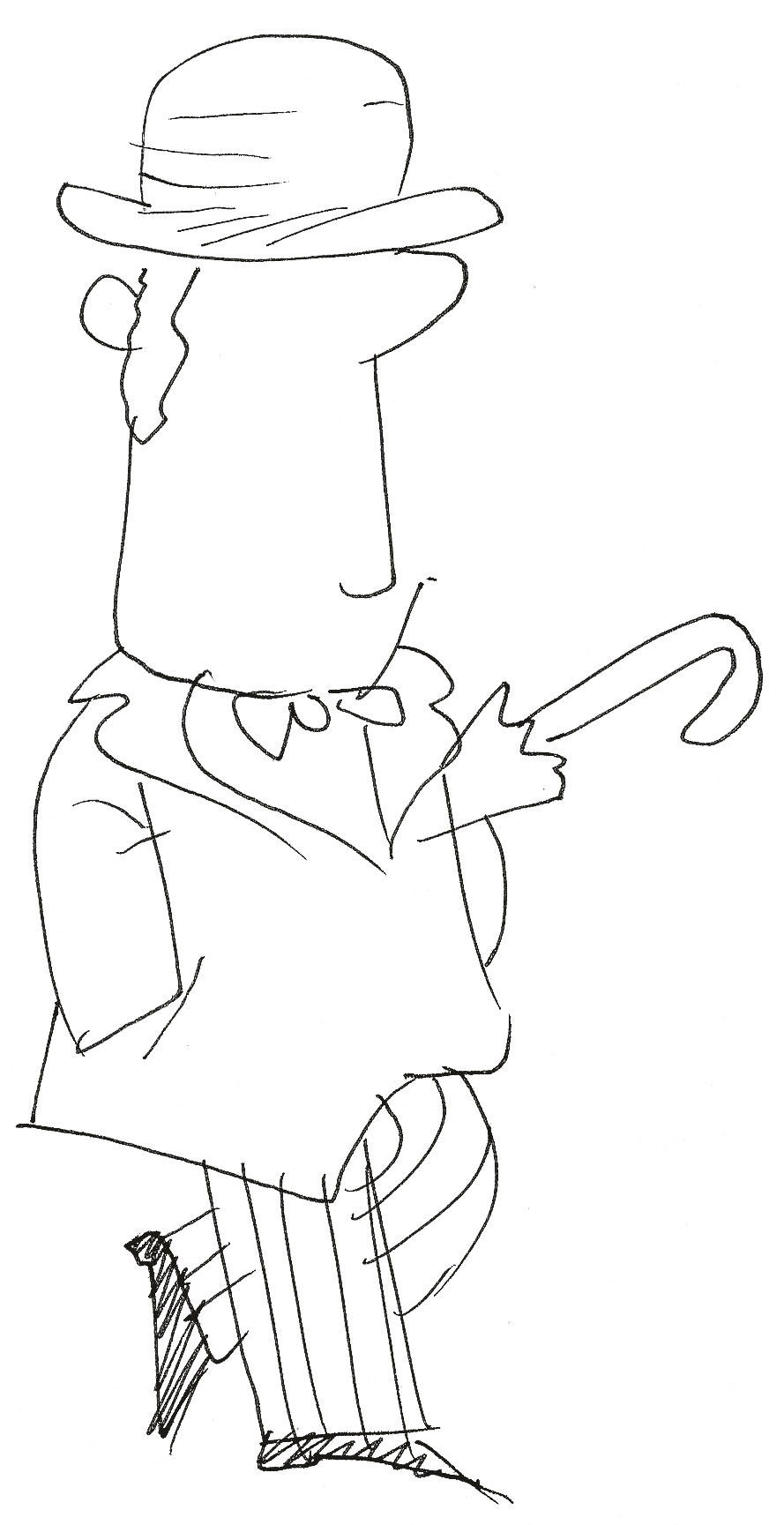 
At both Buckingham Palace and Windsor Castle a number of events are planned to celebrate the Queen’s 80th birthday this spring. On April 19, Queen Elizabeth and the Duke of Edinburgh will host a luncheon at Buckingham Palace for some of those people who will also be celebrating their 80th birthday on April 21. The Queen will spend her actual birthday at Windsor Castle as usual, where the Prince of Wales will host a family dinner for her.
The Queen’s official birthday, of course, will be marked by the annual Trooping of the Color on June 17. On June 15, Queen Elizabeth and the Duke of Edinburgh will attend a National Service of Thanksgiving at St. Paul’s Cathedral. On the 25th, she is hosting a birthday garden party for children from all over the UK. Congratulations, Your Majesty. And may you run a winner at Royal Ascot this year.


Hearing that “Last orders, please” cry from the bar at 10:50 p.m. seems as British as tea and scones. But recently, licensing hours have been extended by act of Parliament, and the British tradition of closing the pubs at 11 has gone the way of the pound note and the railway porter. In practice now, pubs can license to remain open 24 hours a day if they are ambitious enough. Yes, amidst the usual public debate, it seems another bit of quaint Britain disappears for the realities of contemporary life. In fact, of course, licensing hours were a relic of the 20th century—introduced in World War I to keep wartime workers on task and sober at the munitions factory.
The final parliamentary vote on the licensing law subject gave the Labour Government a 302-278 vote victory. In a masterful stroke of unintentional British irony, the vote came the same day the Government launched a crackdown on binge drinking and announced new police powers to combat drunken antisocial behavior. Eh, the Home Secretary doesn’t figure that allowing longer opening hours will send a mixed message to drinkers. Well, that’s reassuring.

On the north coast of Aberdeenshire, the Scottish village of Pennan, the setting of 1983’s Local Hero, topped the polls as “Britain’s best film location.”.[/caption]


Two thousand film writers, critics and editors were polled by the Film Distributor’s Association recently to select Britain’s “best film locations”—where atmospheric exterior settings added a strong sense of time and place to the story. The 1983 film Local Hero, starring Peter Riegert and Burt Lancaster, came out tops in the poll. Filmed in the Scottish village of Pennan, Aberdeenshire, Local Hero is an atmospheric gem of a film indeed, with all the Scottish mist and mystery of a Brigadoon.
In order, other titles and their locations emerging in the Top 10 are:
The Full Monty (Sheffield, Yorkshire)
Trainspotting (Edinburgh)
The Railway Children (Keighley and Worth Valley Railway, Yorkshire)
An American Werewolf in London (Piccadilly Circus, London Zoo)
The French Lieutenant’s Woman (Lyme Regis, Dorset)
Brassed Off (Doncaster and Halifax)
Brief Encounter (Carnforth, Lancashire)
Kes (Barnsley, Yorkshire)
Shadowlands (Oxford and the Wye Valley)
Of course, everyone who loves evocative British film locations will have their own favorites missing from the list. How about 1967’s Far From the Madding Crowd, with Alan Bates and Julie Christie, beautifully shot in the lush Dorset countryside that Thomas Hardy loved?


Speaking of evocative film locations, if you have not seen The Chronicles of Narnia, hie thee to the cinema. Hie thee to Narnia. Even if you have not been to the movies in years, The Lion, the Witch and the Wardrobe deserves to be seen on the big screen. Director Andrew Adamson has captured perfectly the imaginative landscapes and exquisite characters of Narnia. Beyond that, however, the film is infused with the magic that C.S. Lewis created.
Just for the record, no, the story is not a Christian allegory, but certainly it reflects Lewis’ Christian worldview. Yes, Aslan is a Christ-figure, much like Melville’s Billy Budd. Whether you know or care about that, though, really does not matter. Take Narnia on its own terms, like any literary world, and let it work its own deep magic.
PROFESSOR KIRKE: What were you children doing in the wardrobe?
PETER PEVENSIE: You wouldn’t believe us if we told you.
PROFESSOR KIRKE: Try me.


One of the three original ships that brought the first permanent English colonists to the New World in 1607, Godspeed sets sail again this summer. A 90-day sail of a newly commissioned replica Godspeed launches the commemoration celebrations of America’s 400th anniversary. Accompanied by a moveable festival called the “Landing Party,” Godspeed will put in to six major ports along our North Atlantic coast. Godspeed’s charted course includes:
Alexandria, Va., May 28–June 4
Baltimore, Md., June 9–June 12
Philadelphia, Pa., June 16–June 19
New York, N.Y., June 27–July 6
Boston, Mass., July 14–July 19
Newport, R.I., July 25–July 30
If you live along America’s eastern seaboard, here’s a bit of Britain’s early 17th-century heritage brought to you. Make plans to visit the vessel when it sails into port. Details on the sail of Godspeed and its port visits can be found at the Jamestown 2007 Web site: www.americas400thanniversary.com.


As the British Empire rose through the 19th century to become economically and politically dominant throughout the world, a different kind of migration came from Britain across the Atlantic to a young America. The Industrial Revolution of the late 18th and 19th centuries not only fueled the economy of Britain’s colonial empire but also had a decisive impact upon the development of America’s industrial economy. In the process, the results of England’s industrialization changed life for everyone forever.
In 1894 Lord Curzon, who went on to become a very effective viceroy of India, wrote a book titled Problems of the Far East. He dedicated the volume “to those who believe that the British Empire is, under Providence, the greatest instrument for good the world has seen.” While you can certainly get a second opinion on Lord Curzon’s broad assessment, there was a symbiotic relationship between Britain’s evolution from an agrarian to a manufacturing economy and the growth of its empire and international influence. After all, manufacturing requires both raw materials and a market.
This issue, we begin a new feature series on “Industry & Empire.” How did these twinned forces create the modern world? Who came from Britain to America in the economic migration they spawned?


In answer to several inquiries, yes indeed. If you missed a feature in the “Great Migrations” series, you can complete your set with back issues available on our Web site at www.thehistorynet.com or by calling 1-800-358-6327.
David Blackman wrote eloquently in response to our colorful story on the Archbishop of Canterbury to clarify, lest any confusion reign, that the Archbishop as Primate, and not the Queen, is the anointed Head of the Church of England. This is true. As long as the monarch and prime minister have even a ceremonial role in selecting the Archbishop, however, the intersection of church and state remains, and remains part of Britain’s distinctive national character.
Forsooth, BH readers are sharp, and let us know on a regular basis. A number of folk pointed out the disjunction between caption and photo in that article on the Archbishop of Canterbury. The photo on P. 44 is indeed Westminster Abbey.
Sandy Fowler shares her enthusiasm for BH: “I do appreciate knowing about items such as the PBS February dates for Windsor Castle (“Sceptered Isle,” March 2006) and do look forward each issue to the reviews in “On the Bookshelf.” In hopes that British Heritage will one day soon be a monthly publication….” Now, that would be nice.
Our postal address here in Leesburg, Va., is on the masthead, of course. We are at 741 Miller Dr. SE, Suite D-2, Leesburg, VA 20175. Our e-mail address is [email protected]. We are always pleased to hear from you.