Lunch off Regent Street, a boffo new comedy and searching the stars 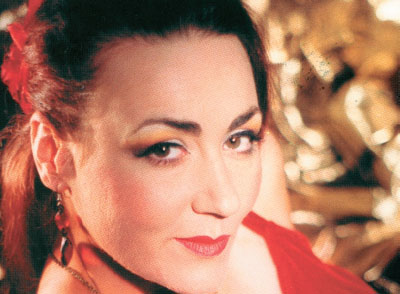 IF LUNCH BECKONS when you’re shopping in one of London’s most exciting shopping streets, you might as well go for a spot of urban adventure.

When testing out Piccolino, the latest addition to Heddon Street’s well-kept secret stash of eateries, we swept straight past the standard pizza and pasta dishes, opting for seasonal choices instead. The grilled asparagus starter was done to perfection, my swordfish with Sicilian aubergine was juicy, and my companion’s Tuscan sausage with cannellini was a hearty affair with plenty of flavor. The wine list, though modest, had a distinctly Italian flavor and included a couple of surprises, such as the Amarone-like 2001 Graticciaia.
Bright and light with clean wooden floors and smart teak furniture, Piccolino is aiming at a contemporary evening crowd, but it’s ideal for an informal and reasonably priced (for London) lunch break, just a few yards away from the hubbub of Regent Street.

No matter where we live, we often fail to visit or patronize some of the places in our own neighborhoods. I had never seen the creepy classic The Woman in Black at the Fortune Theatre in Covent Garden, despite its having opened way back in 1989. That’s swiftly enough remedied these days—I enjoyed a pizza from Fire & Stone, then saw the play for a remarkable £20 (&dollar;40) all-in; www.lastminute.com does some wonderful ticket deals for West End shows. It is well worth checking, even before trying the famous Half Price Ticket Booth in Leicester Square.

THE WOMAN IN BLACK

I had feared The Woman in Black might be a little tatty round the edges, and in some respects the theater itself is; its faded 1920s art deco grandeur cannot hide the peeling paint and the slightly dusty air. But somehow this just adds to the spectral nature of the play (aided and abetted by one or two alleged ghostly sightings by actors over the years). There are one or two genuine shocks, and the presence of a group of overexcited teenage girls who had clearly terrified each other with spooky tales beforehand only added to the shivery experience. It’s 18 years old—and still worth seeing.

On the other hand, Lambert and Morrison’s The Drowsey Chaperone is just opening over here and is bright as a button. Everything about it sparkles. The Novello Theatre is minute, but twinkles like the inside of a jewel box.
The show itself, a breathless, ecstatic celebration of musical theater, seen through the eyes of its biggest fan, is froth and frivolity from start to finish. There is the slightest hint of a deeper, sadder play lying deep beneath the flamboyance, but the sheer exhilaration never allows the audience to dwell on tragedy. And indeed it would be hard to shoehorn any serious level of pathos into a musical whose best number, “An Accident Waiting to Happen,” involves two people dancing blindfolded on roller skates. At just 1 hour 45 minutes with no interval, it’s the exact opposite of its monolithic neighbor Lord of the Rings, just about to open next door at The Theatre Royal Drury Lane—but that’s for another month.

If many of you have been disturbed to hear about the May 21 fire on Cutty Sark, then perhaps you’ll be relieved that much of the ship was away at the time, being restored. As a Greenwich resident myself, I rushed down to the pier as soon as I heard the news, arriving just as the last wisps of smoke were being damped down. All manner of ugly rumors abounded, but as the heat died away, the reality became clear that another few million pounds will have to be found for the ship’s restoration. The ’tween decks are dead and the iron frame is slightly buckled, but her spirit is unbowed. If you feel like helping the old ship out, visit www.cuttysark.org.uk.
Many locals have complained about the loss of tourism to Greenwich because of the Cutty Sark fire. It has had some impact on traders and tourism here, but most residents are philosophical. Nosey visitors can currently do what I do—peer through the keyholes at the poor old girl in her underwear. I will be surprised if the Cutty Sark Trust doesn’t create some kind of official viewing point soon. This really isn’t the end of what some call the World’s Most Famous Ship. The small, funky exhibition center next door was affected by the intense heat, but not actually badly damaged (a good job too—the ship’s famous figurehead, “Nanny,” is in there).
In the short term, tourism might have dipped, save for the celebrations of the 10th anniversary of Greenwich as a World Heritage Site and the vast number of special events being staged around it. Next month, the once-maligned Millennium Dome gets a second chance as the O2, an entertainment complex with an arena for events such as rock and pop concerts that is bigger than Wembley Stadium. Best of all, however, is the new Peter Harrison Planetarium in Greenwich. 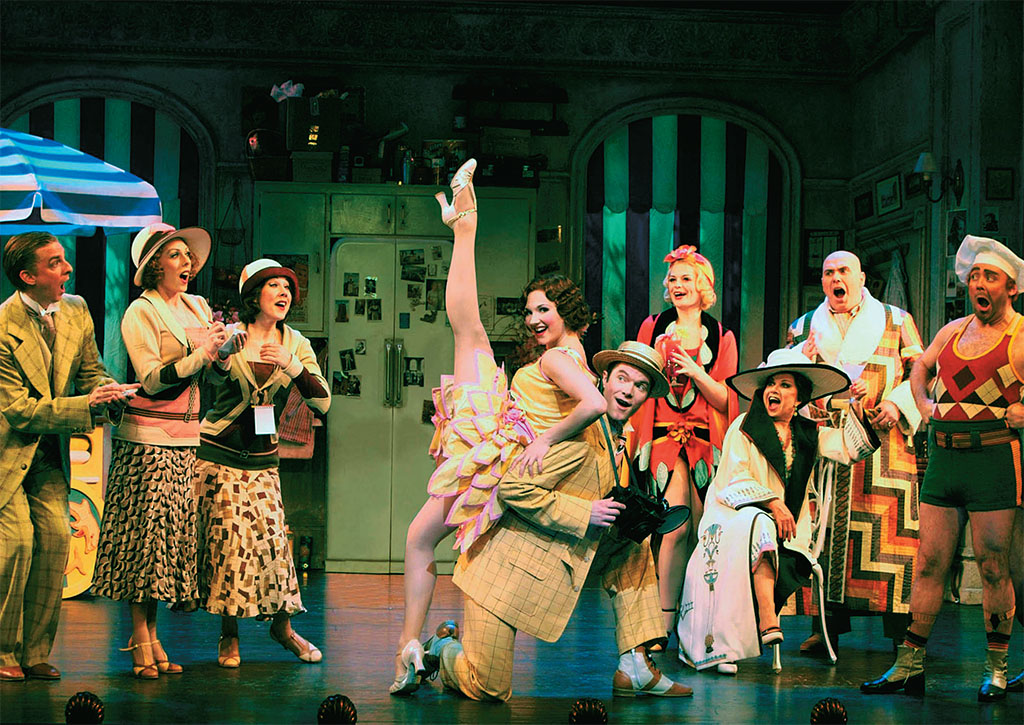 A sparkling new musical comedy at the Novello Theatre in Aldwych, The Drowsey Chaperone has all the hallmarks of an escapist classic. Sandra delightedly describes the production as “an ecstatic celebration of musical theater, filled with froth and frivolity from start to finish.” Ah, a little merriment is always good for the soul![/caption]

London has been without a planetarium for a couple of years since the one in Marylebone Road was subsumed into a Madame Tussauds display of wax pop icons totally unrecognizable to anyone over the age of 12. It seems natural that the new planetarium should be situated at the Royal Observatory in Greenwich, replacing the tiny 1950s affair that no one actually knew about.

Some had wanted to demolish the observatory’s South Building, with its outmoded Victorian curlicues and wedding-cake ornamentation, but the architects, in a moment of rare humility, argued to keep it. The place has been completely reinvented as an outstanding architectural gem on the outside, a veritable Easter egg of handson displays and priceless astronomical treasures inside. I took my father, a scientist himself, and he found plenty that was entertaining among the exhibits and in the planetarium.
A truncated bronze cone, the Peter Harrison Planetarium next door is nothing like any other ever built, and it cuts an exotic figure in the leafy heights of Greenwich Park. It has all manner of astronomical tricks up its sleeve as a building, and the show itself is outstanding.
The brand-new, state of the art, digital exploration of the heavens explodes above a sea of saucer-eyed kids (and adults) within a traditionally dome-shaped auditorium. The seats are arranged theater-style rather than in the round. My advice is to arrive early and to sit as near the back as possible for the best view.
There is currently just one planetarium show—an excellent introduction to astronomy, with a live commentary from real astronomers, but more in-depth programs will be slowly added to the repertoire. And of course, this is all new and in addition to the Old Observatory and the Time and Space Galleries, still open to the public and still with free admission.
That’s it for this month. Next time I’ll be turning the clock back 60 years to jitterbug the night away, witnessing one of the most extraordinary musical spectacles London has seen for some time, visiting a pub in Clerkenwell, finding out what’s inside the Millennium Dome this time around and going underground to play the ukulele. 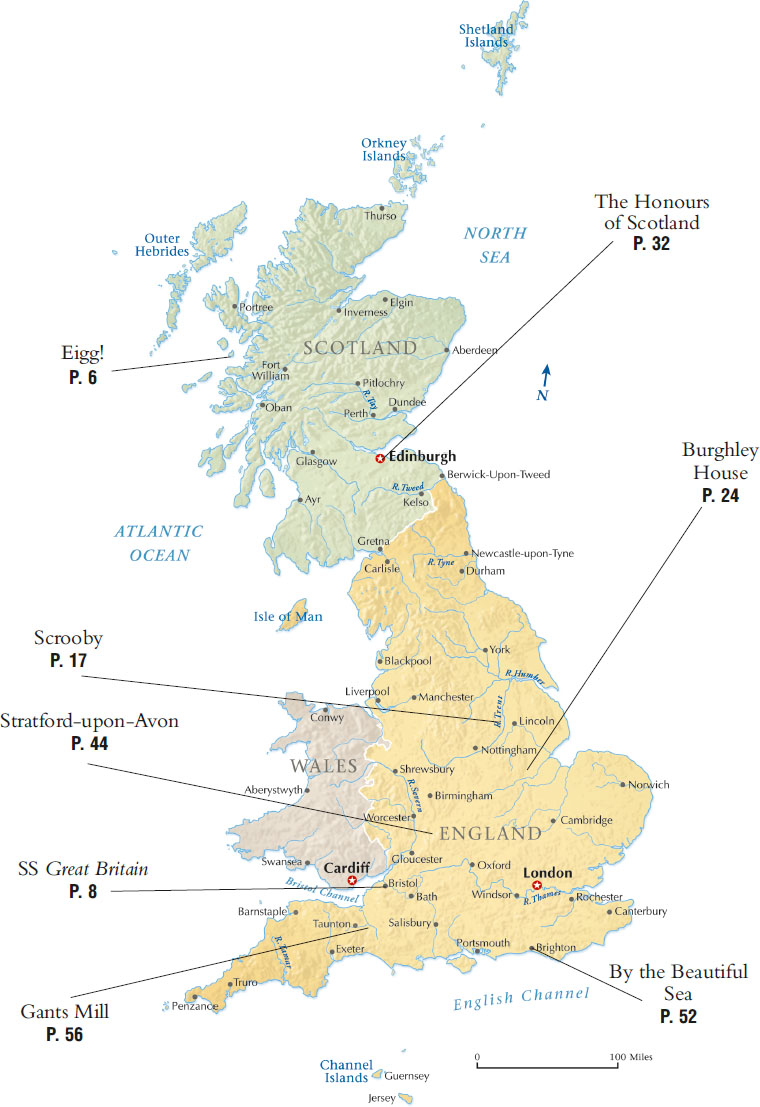