At Home with the Wesleys

Sometimes the tides of history swell from quiet waters 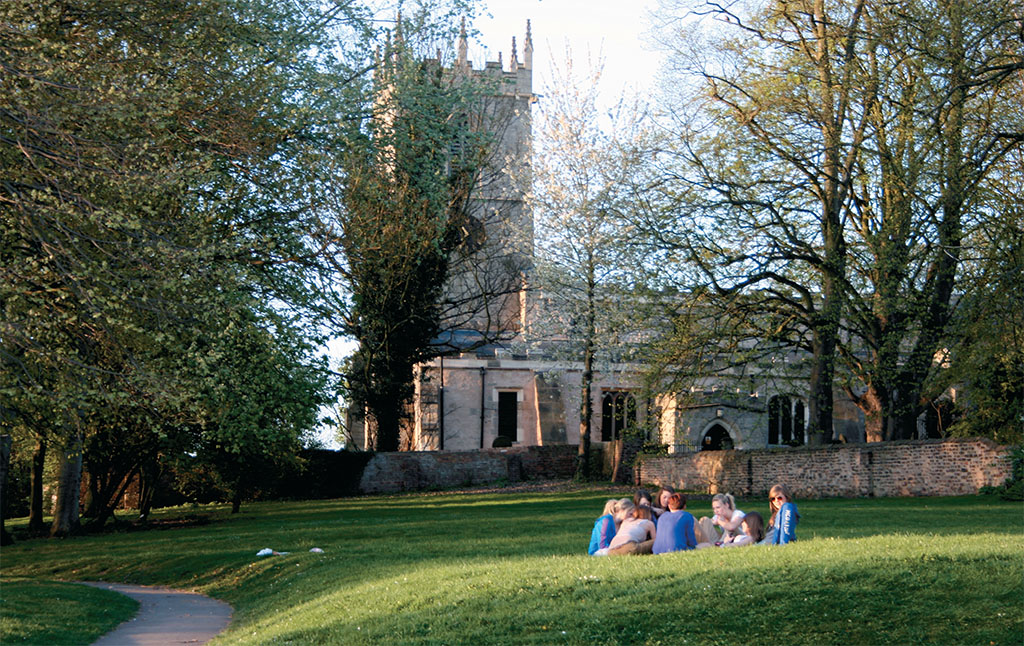 5
Rev. Samuel Wesley was the rector of St. Andrews Church for almost 40 years. After his death in 1735, Wesley was buried in a table tomb near the south porch.[/caption]

Often it feels as if history is the monopoly of politicians, monarchs and military men. Understandably enough, they do seem to get the headlines. In truth, we know that the larger tides that change social and intellectual history sometimes swell from quieter waters. One of those tides swept through 18th century England and around the world, and began in the small Lincolnshire market town of Epworth with two brothers, John and Charles Wesley. Today, visitors from across the globe make their way to Epworth to follow the Wesley Trail about the quiet town.

The brothers’ father, Rev. Samuel Wesley, came to Epworth in 1695 as the Rector of St. Andrews Church with his wife Susanna and the first four of their 19 children (only 10 of whom survived infancy). Both children of prominent Dissenting families, Samuel and Susanna had each made their choice to live and minister in the established Church of England. Samuel was to remain at St. Andrews until his death in 1735; he was buried in a table tomb near the south door of the church.
Despite his High Church principles, Samuel was a controversial activist in his own way. Following the religious turmoil that had gripped England from the time of Henry VIII until the restoration of the monarchy in the 1660s, the English church was very content to be a nominal presence in society and in the lives of its formal adherents. Samuel Wesley and his wife, however, were a bit too fervent in their faith and in their devotion to personal piety for the taste of their times.

As Samuel and Susanna’s young family grew, with (among others) the birth of John in 1703 and his brother Charles in 1707, several acts of vandalism and violence marked the displeasure of some in the St. Andrews’ parish. In 1709, persons unknown or unnamed set fire to the thatched-roof Rectory. Famously, 5-year-old John was rescued at the last moment from an upper-story window. He never forgot the incident, and attributed his preservation to God’ purpose for his life.
A new rectory, long known as The Old Rectory, was built—a lovely, brick Queen Anne manse, suitable for Rev. Wesley’s growing family, and for his prominence in the community. The Old Rectory remained home to the rectors of Epworth until 1954, when, in a state of serious disrepair, it was purchased by the World Methodist Council. Following its complete restoration, the Old Rectory was opened to the public in 1957. Today, it makes an appropriate starting point for visitors following the Wesley Trail through the small town. Informed and enthusiastic guides tell the story of the Wesley household and the Rectory’s collection of Wesleyan memorabilia (including Charles Wesley’s music stand).
After a solid education at the hands of their mother Susanna (a woman renowned for her own learning and moral discipline), John and then Charles made their way to school in London and subsequently to Oxford. There, in the middle of the worldly and often profane university city, they gathered around themselves a group of friends to seriously practice the spiritual disciplines with which they had been imbued by their parents. So regular was this group in their study and devotion that they were given the mocking nickname “Methodists.”
The rest, as they say, is history. No, of course, it’s not that simple. Ultimately, however, John and Charles Wesley went on to lead the most influential religious and social movement of the English 1700s. Though both men took orders in the Church of England, neither followed their father as a church vicar. John Wesley famously declared more than once: “The world is my parish.” He may not have covered the world, but he is said to have ridden some 250,000 miles on horseback and to have preached more than 40,000 sermons.
Wherever John Wesley went, crowds gathered, often walking great distances to hear him speak. Wesley became, if you will, the rock star of his day. More than 500 Anglican clergy, inspired by the man and his message of the evangelical gospel and holy living, became his followers in what were known as “Methodist Societies”within the church.
His brother, Charles, meanwhile, no mean preacher in his own right, turned his passion to the writing of hymns, sung at Methodist gatherings in fields, chapels and market squares. In fact, Charles Wesley wrote more than 3,000 hymns, becoming perhaps the most famous hymn lyricist of all time. To this day, Wesley’s hymns are a part of every Protestant hymnal in the world, including the popular Christmas carol “Hark, the Herald Angels Sing,” and anthems such as “O For a Thousand Tongues,” “And Can It Be” and “Love Divine, All Loves Excelling.”
It may be a truism, but activism is never popular with the Establishment. The Wesley brothers and their swelling following were controversial within the Church of England. Among Wesley’s contentious practices, sidestepping the formal organization of the Church was certainly one. Wesley encouraged lay preachers, and (undoubtedly influenced by his own mother) advocated emancipation and education for women. He established chapels, commissioned and ordained pastors on his own authority, and used his influence championing what we would call today “social justice” and the improvement of human life. 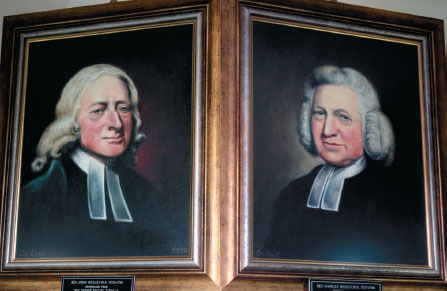 5
John and Charles Wesley had little idea that their teachings would result in the largest Protestant church in the world.[/caption] 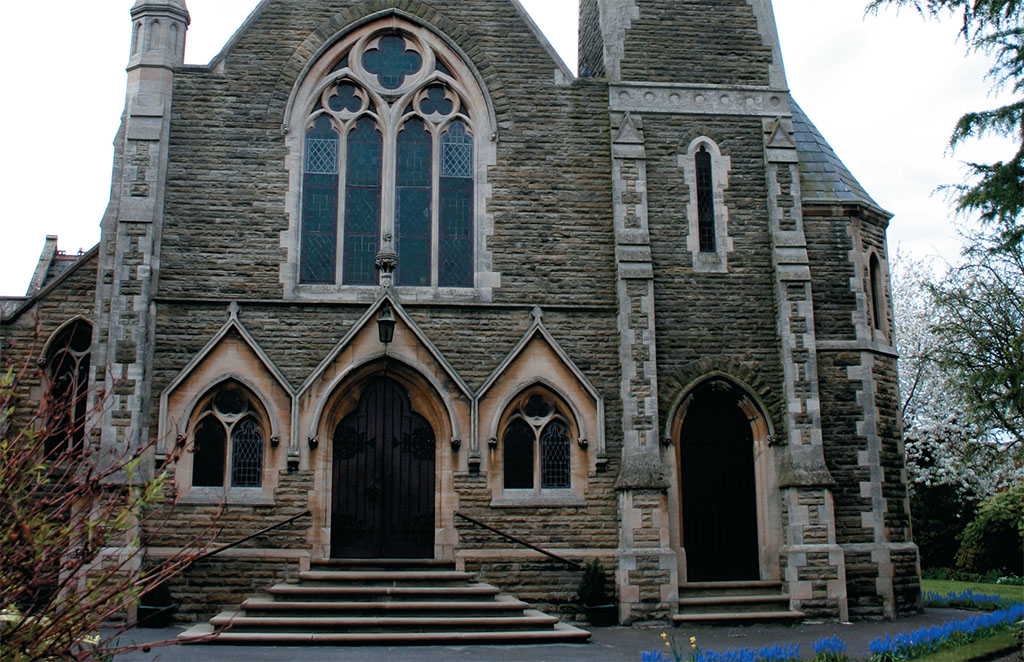 5
The Wesley Memorial Church was completed in Epworth in 1889.[/caption]

Pulpits of the Anglican churches were often closed to the Wesley brothers. When John Wesley returned to Epworth in 1742, even the pulpit of St. Andrews Church was denied him.That Sunday evening, John stood on the table tomb of his father in the churchyard and preached to the huge crowd that gathered, many walking for miles to hear him. In fact, he put up at the Red Lion Inn on the Market Square and stayed a week. Every evening, the crowds gathered to listen to him preach at the base of the market cross outside the inn.
John Wesley returned to Epworth as often as his travels would allow, staying at the Red Lion, preaching and greeting his followers and fans. In 1784, when he was 81, he wrote,“I rode to Epworth, which I still love beyond most places in the world.”
The Wesley brothers never intended to start their own church denomination. During their lifetime, the Methodist Societies remained a movement within the Established Church. John Wesley died in 1791, predeceased by his brother in 1788. Only after their deaths did a final break with the Anglican establishment create what went on to become the Methodist Church—the largest Protestant denomination in the English-speaking world.
For all that the Wesleys proved the proverbial thorn in the side of the Established Church, there are many Methodist chapels, across northern England’s mining villages in particular, that were built for the workers and their families by mine and mill owners. Ironically, while those owners themselves worshipped at the more respectable Church of England, they were happy to encourage Methodism in the working class. After all, workers whose lives were governed by the principles of healthy, holy and temperate living of the Wesleyan faith were just better workers.
Roughly a century after the passing of the brothers, the General Conference of the Methodist Church decreed that a church was to be built in Epworth in memory of John and Charles Wesley. The Wesley Memorial Church was completed in 1889. The stained-glass window at the front of the church depicts Christ commissioning his disciples to go into all the world with the gospel. The roundel above contains life-size portraits of John and Charles Wesley taken from their memorial in Westminster Abbey. Above their stained-glass portraits arches the inscription believed to be John Wesley’s last words: “The best of all is, God is with us.”

ON THE WESLEY TRAIL


Epworth lies on the A161, 23 miles northeast of Lincoln. The closest train station is Doncaster, roughly 16 miles, from which there is local bus service.


The house is open from March to October. A program of special events is offered throughout the year. Behind the house, John Wesley’s Physic Garden is an 18th-century walled garden roughly based on Wesley’s book The Primitive Physic.
www.epwortholdrectory.org


Market Place, Epworth
This is the place to stay in Epworth, a part of Wesleyan history and moderately priced. It’s a classic coaching inn, and the food is very good. Get a room in the front overlooking the Market Place; the rear-facing rooms overlook the courtyard, which is noisy with smoking patrons, particularly on weekends. Across the square is the base of the old market cross, marking where John Wesley often preached when he was in town.
www.redlionepworth.co.uk 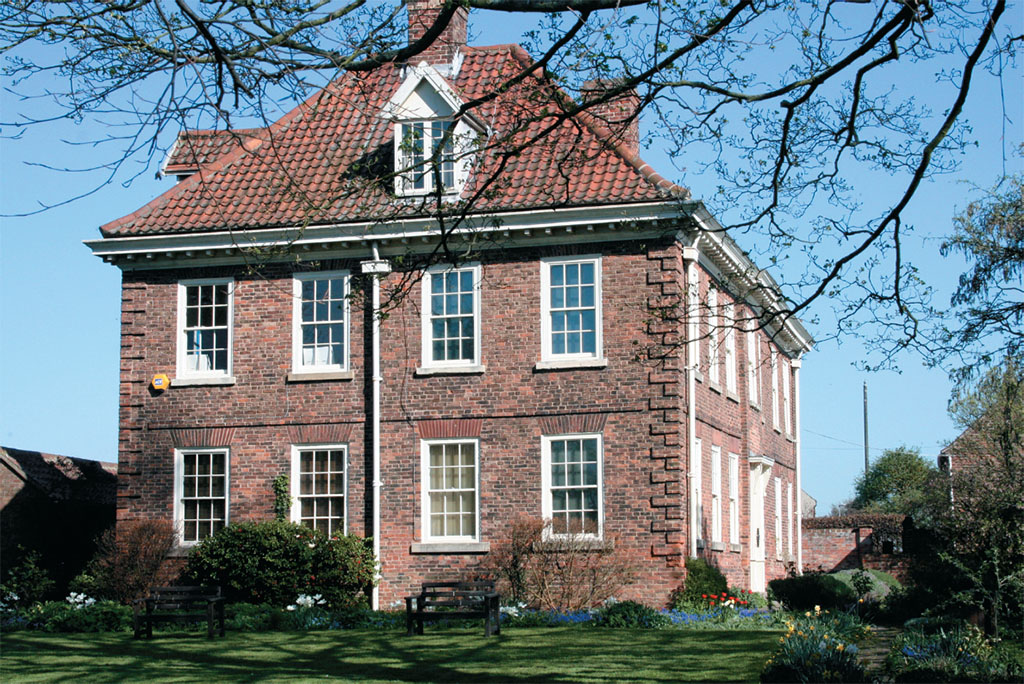 5
Built for the Wesley family in 1709, the Old Rectory is now a museum recounting the Wesley brother’s upbringing in Epworth.[/caption]