Behind the Seams with PBS's Wolf Hall Costume Designer 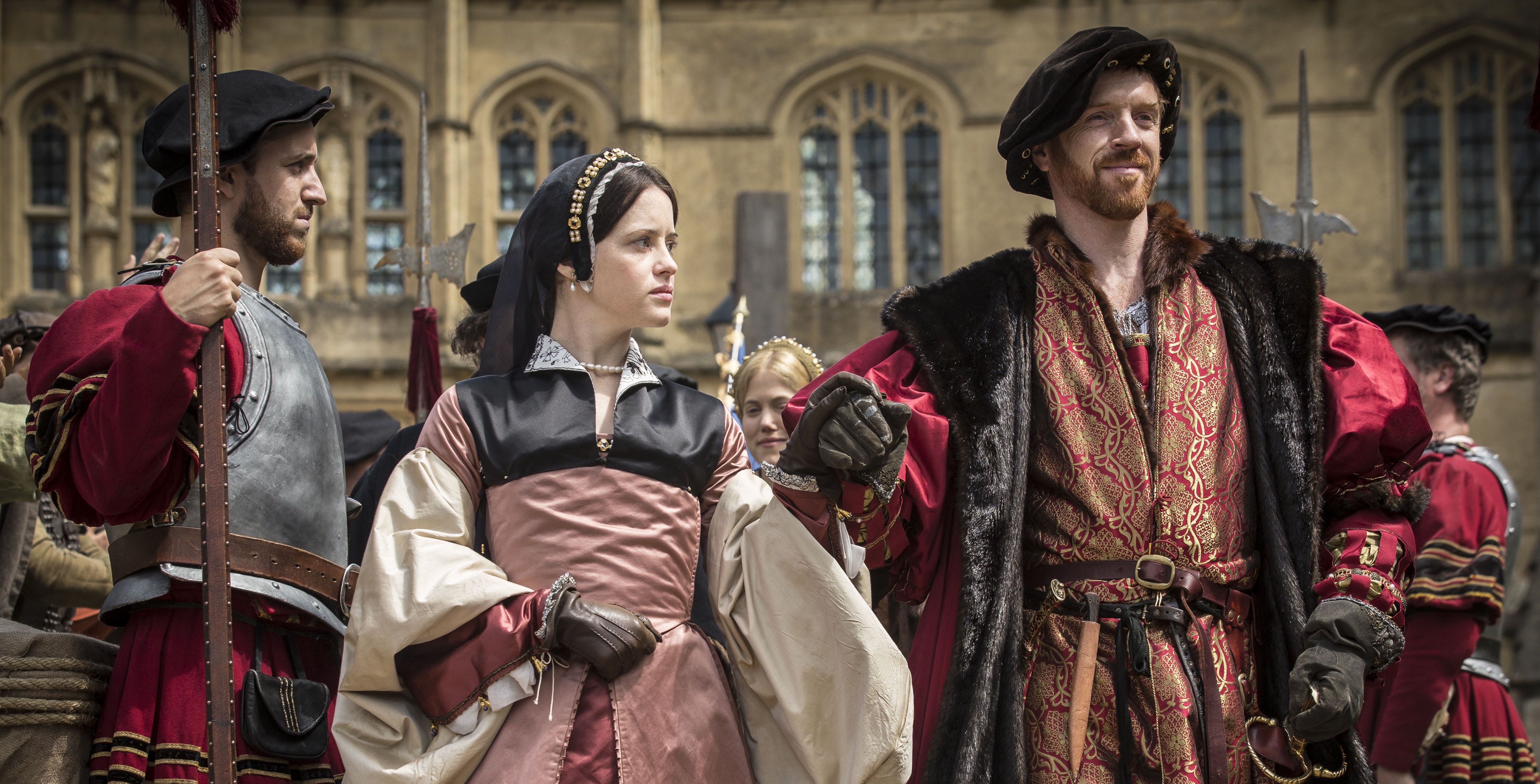 The finale of Wolf Hall capped a standout television season for the PBS Masterpiece mini-series. We caught up with the show’s costume designer, Joanna Eatwell, to talk about researching 16th-century styles, dressing actors and bringing the court of Henry VIII sartorially to life.

British Heritage: What types of historical references did you look at in preparation for designing the costumes for Wolf Hall?

Joanna Eatwell: We started with the art of the period. It was pre-photography so one has to go straight to art. We were incredibly lucky because Hans Holbein the Younger was an amazing painter who specialized in portraiture of the court. He also did something that was rare: He did one or two paintings of the merchant class which was incredibly important in this case, because of Thomas Cromwell (Mark Rylance) and his family. There was one particular painting he did of a merchant’s wife which shows the construction of her clothing. That was the key for [designing for] Cromwell’s family–particularly Johane (Saskia Reeves), his sister-in-law, because there really is so little known about what the emerging merchant class wore at that time. He also painted one or two paintings for people who actually worked for King Henry VIII (Damian Lewis)–I think they were servants–and that’s something that was incredibly hard to find out about. There is so much on Henry and Anne Boleyn (Claire Foy), but with Wolf Hall it was very much about Cromwell.

There were one or two primary sources. The biography [of Wolsey] by George Cavendish, who wrote about his time with him. There’s a lot of detail in there about clothing and the types of fabrics he bought for his servants.

BH: There is such a striking difference in the fabrics and colors used in clothing by the different classes at the time. What’s the significance of that?

JE: Fabric was one of the most valuable things you could have. When you look at wills of the time, it wasn’t about leaving money; it was about who you left your clothes to when you died. People were governed by who was more important than who, so if someone came up to you on the street, you needed to know–are you my social superior?  Do I bow to you? They had this whole system, Sumptuary Law, which dictated what colors, fabrics and furs you could wear depending on who you were. It was like a code. If I saw you in the street wearing a particular color or fabric, I knew if you were a lord or knight. I knew everything about you based on that. Certain colors like purple could only be worn by the king and his immediate family and we used that device in Wolf Hall. Catherine of Aragon wore purple and when Anne became Queen she wore purple. It was so clever.

BH: Was there something that surprised you in researching and designing for the period?

JE: Yes. In the paintings of London at this time, even the clergy has got fur-lined clothes that were very bulky because they were in the grips of a mini-ice age. Every period has a silhouette, and it was about more than fashion. When you find the reason for something it makes tremendous sense. It was such a time for men–it was all about masculinity with these great broad chests and shoulders created by layers of clothing, narrow hips and slender, sporty legs. It was all about displaying your wealth as a man.

BH: Most Anglophiles have certain images of King Henry VIII and Anne Boleyn fixed in their minds, but Cromwell is a less known figure. How did that affect your work?

JE: For me, the really interesting thing about [working on] Wolf Hall was discovering the merchant class of Cromwell. Lots of films cover Henry VIII and the court, but to my knowledge there really hasn’t been another piece that researched the lives of this terribly threatening emerging merchant class. That’s why Cromwell was such a good character. He represents the beginnings of the middle class where they had the money but they didn’t have the titles or the land.

BH: How did Cromwell’s clothes reflect his status?

At the beginning, we see him as a kind of "everyman" in his lawyer’s gown and quite simple garments and then, as he gets more powerful, we started to expand his chest and his shoulders. He gets a fur-lined cloak. He never becomes a peacock in the way that the others do. He kept his colors very simple. Even though he was the second most powerful man in the country and was incredibly wealthy by the end, he was still covered by Sumptuary Law and couldn’t come out in those wonderful colors and clothes. He had to be quite discreet.

BH: Anne’s costumes changed dramatically over the course of the story.

JE: Her journey is quite interesting as she comes in as this rather fresh young thing, an opposite of Catherine who is old money, status, class–everything that Anne doesn’t have. She comes in wearing these light colours, frothy pinks, silks and gradually gets darker, as she’s allowed to slowly move into those darker colors. With Catherine, we have used the pinnacle of sumptuary which is purple–she is all purple and gold, so she was every inch the queen.

BH: The clothes of the period looked incredibly heavy and uncomfortable. What kind of adjustments did you make for the actors?

JE: As much as time and budget allowed, we used something called "original practice" where you go back and make the clothes as much as possible the way they were made at the time. We did that with all the major players–Henry, Anne, Catherine and Cromwell. To get those shapes you have to build up layer upon layer to get that bulk. Tudors were ingenious with their fastenings.  Everything was tied together so if an arm wore out because the wearer did a lot of writing, you could untie that arm and it replace with something else. We tried to use that as much as possible, so dressing was quite a long process. With the women all their clothes are pinned together, so we did that as it would have been done at the time. The dressing process was quite important to the actors as they ‘built’ their characters. They quite enjoyed it.

BH: Some of the pieces like the "stomacher," those incredibly high corset-like garments, must have been incredibly difficult for the actresses to wear. How did you make it comfortable for them?

JE: Period costumes are never going to be comfortable. The actors studied the portraiture as we did and studied the bearings. We are in quite a lazy state at the moment and throw ourselves around, but back then you gently propelled yourself forward. [The clothes] only become uncomfortable if you expect them to work in a way that suits the 21rst century. When it’s an historical period like this, actors have to change the way they stand, the way they walk; their center of gravity might change. In these circumstances, you give up a certain amount of comfort.

BH: What do you feel was the most emblematic piece you created for the series?

JE: I was most pleased with Cromwell’s sister in law, Johane. It was a beautifully simple costume, but it was so carefully constructed and researched. Saskia Reeves used it to its fullest extent by pining up skirts and taking off sleeves. It told the whole story. It was the jewel in the crown.