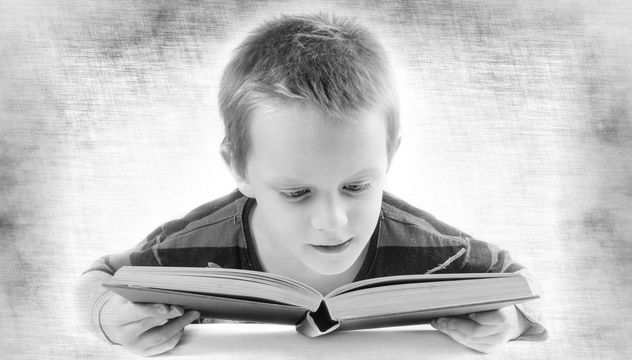 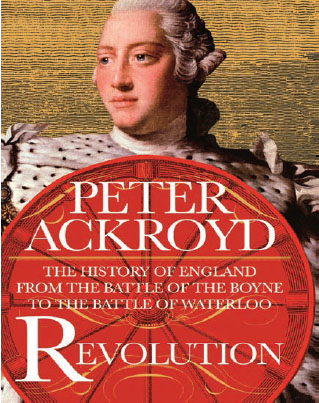 8
by Peter Ackroyd (Thomas Dunne Books)
The new installment of Peter Ackroyd’s masterful story of English history takes us from the Glorious Revolution of 1688, when the Protestant William of Orange and his wife, Mary, were invited by Parliament to come from Holland and assume the monarchy of a gently deposed Catholic King James II. This is historiography—the writing of history—at its finest. Ackroyd has a rare talent for blending social and economic history into the political and military course of Court, Parliament and the expanding role of Great Britain around the globe. He seamlessly integrates the stories of key people who influenced the course of social and political currents beyond their lasting fame.
The narrative of Revolution, of course, continues through the 18th century with the ascension of the Hanoverian Georges and the lingering tensions with Stuart loyalists, the Age of Enlightenment, the beginnings of the Industrial Revolution and Britain’s burgeoning colonial strength around the world.
It is a rip-roaring yarn. This is no dry academic history. Ackroyd is indeed a storyteller, with an instinct for just the right amount of colorful detail and a lively, readable writing style.
This chapter of Ackroyd’s ongoing saga concludes with the Regency of George the Rake and the Napoleonic Wars that ended with 1815’s climactic battle of Waterloo. There will doubtless be a Volume V. I can’t wait to read what happens next.
—Dana Huntley
On sale October 10 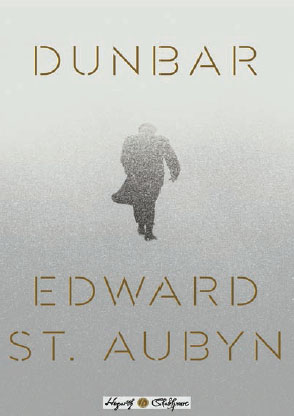 8
by Edward St. Aubyn (Hogarth Shakespeare)
This re-imagining of King Lear finds its protagonist in the shape of Edward Dunbar, a Rupert Murdoch–type billionaire seething with all the impotent rage one expects from a mad monarch toppled by his own kin. After drugging their father into a psychotic break, his thankless daughters lock him in a sanatorium to steal the media empire; a vicious boardroom coup, like an ungrateful child, is sharper than a serpent’s tooth. “ ‘He always told us not to be sentimental about business, and we’re just doing what we were told,’ said Abigail obediently.”
Edward St. Aubyn intimately understands the familial betrayals of the overprivileged: “ ‘Monsters,’ he muttered, ‘vultures tearing at my heart and entrails.’” An aristocratic himself, his Patrick Melrose novels contained harrowing physical and sexual abuse, admittedly based on torments he received from his own father. That much-acclaimed series illuminated the dark side of declining British upper class—where sins, hidden by money and titles, are rationalized through ironic distance. Yet in this modern-day Lear, as in his previous works, St. Aubyn somehow injects mirth into the most horrifying characters. Witness this description of one of the Dunbar girls: “She was mostly amoral, sometimes conventionally moral, and often opportunistically immoral—in other words, normal, like him.”
Deep psychological understanding accompanies that droll wit. A humbled king, raving and wandering in the wilderness, faces the selfish father he’s been. It’s a heady, spiritual awakening that leaves him broken with meaning: “‘Please, please, please…’ he sobbed. ‘No more big ideas, please.’” Though readers will sympathize with Dunbar’s pain, they’ll almost definitely wish to deny the request. This slim volume’s beautiful prose—acerbic, brisk and moving—will make you wish his suffering would last just a little while longer.
On sale October 3

Kings and Queens of England and Scotland 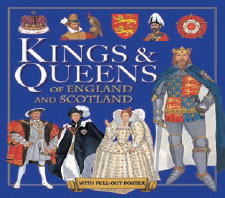 8
The perfect present for the littlest Monarchist in your life: a comprehensive Who’s Who of the sceptered isle’s rulers, complete with family trees, a pullout poster and colorful illustrations. There’s Henry V, who defeated the French at Agincourt in 1415, drawn with his sword proudly raised high; sickly Edward VI, who died at 15, coughing sadly into his nightshirt; Scottish King James II, aka “James of the Fiery Face,” pictured with the birthmark that gave him his nickname. This is a Royal primer for the next generation of Anglophiles!
On sale September 5 8
by Michael Korda (Liveright)
While the big-budget movie Dunkirk presents the action-packed version, Michael Korda, longtime editor-in-chief of Simon & Schuster, offers a very personal account of the fall of France—through the eyes of a British child. The author, who was only 6 at the time, mines his memories to reflect on the Battle of Dunkirk, when 300,000 Allied troops were rescued by civilian sailors off the French coast. Childhood confusion combined with his current insights as an octogenarian intellectual make Alone an innately tender, human read that is counterbalanced with factual observations and keen historical analysis. It’s a valiant attempt to process life during wartime—with the emotional and the intellectual, the vulnerable and authoritative, struggling together to discover some perspective to make sense of such things.
—John Hogan
On sale September 19

The Curious World of Samuel Pepys and John Evelyn 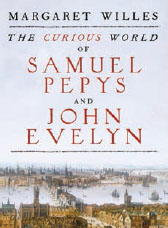 8
Samuel Pepys and John Evelyn were two great friends and lauded diarists who have informed—and transformed—our understanding of the 17th century. Both were tireless in documenting their extraordinary era, which included the English Civil War, the execution of King Charles in 1649, the Interregnum and, most notably, the Restoration. Writer Margaret Willes relates grand sights and the minutiae of their age, giving each man his equal due while admiring their unique meeting of the minds —JH
On sale September 19


Walking Between the Lines in Edinburgh

8
Where Conan Doyle met his Holmes[/caption]

Allan Foster (The Literary Traveller in Edinburgh) led BHT along the cobblestone streets of Old Town to bookmark some Scottish scribes’ favorite haunts and other storied spots.
Arthur Conan Doyle met Dr. Joseph Bell, on whom he based his famous detective, at this former surgical hospital, then part of the Royal Infirmary. “That famous line of Sherlock’s? ‘You see but you do not observe.’ Bell said that to him when he was just a student,” says Foster.
A small, easily missed plaque commemorates the home of Agnes Maclehose, muse to Rabbie Burns. The possible mistress of Scotland’s greatest poet, “She was the inspiration for the song ‘Ae Fond Kiss.’” Since the lady was married, one of her maids secretly carried their correspondence back and forth. “We’ll never know if they were lovers or not, but Burns did get that maid pregnant.”

Though many spots around town lay claim to the Boy Who Lived, the Spoon Café (then Nicholson’s) was officially where J.K. Rowling composed her earliest Harry Potter chapters. Says Foster: “She told all the papers they’d let her sit and write for hours after ordering a single espresso. What the papers didn’t mention was that the place happened to be owned by her brother-in-law.”
To join the Edinburgh Book Lovers Tour, meet right outside The Writers’ Museum at Lady Stair’s Close. Visit edinburghbooktour.com to find out more.