Discover the Thames and Chilterns

You don’t have to travel great distances from London to experience the diversity of England. It’s all right here in the Thames Valley and in the Chiltern Hills rising to the river’s north. 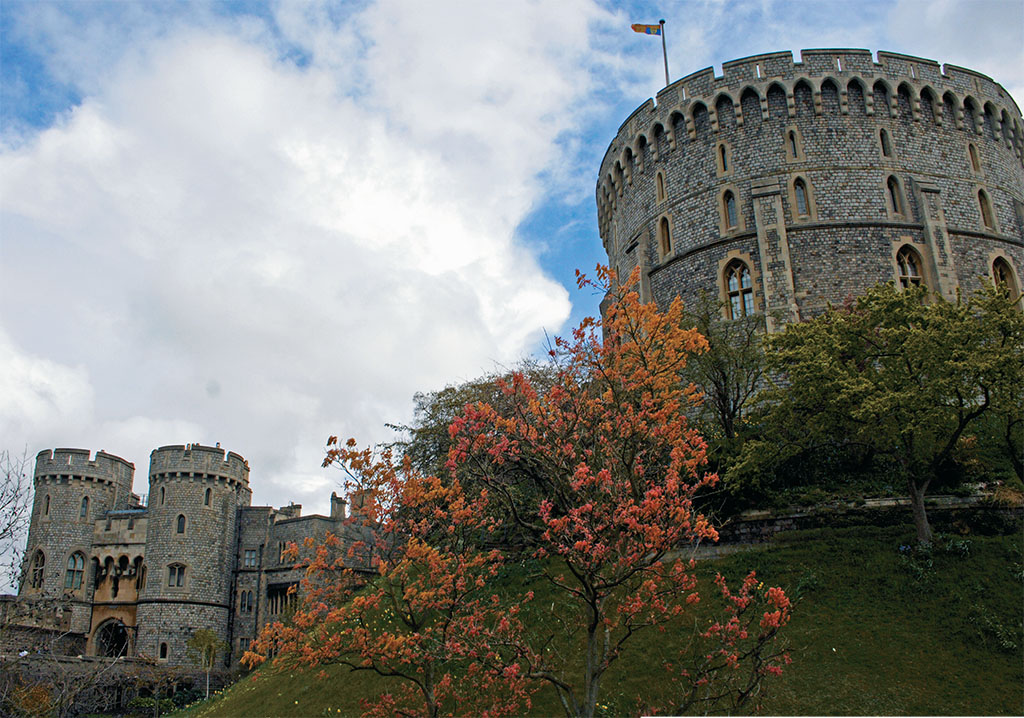 6
The Round Tower at the highest point of Windsor Castle flies the royal standard when Her Majesty is at home.[/caption]

Day 1—The Welcome of Windsor


Whether you are straight from the plane at Heathrow or Gatwick, or coming out of town from London, it is easy to access from the M4. The Thames Valley stretches west following the curving path of the river toward Oxford. While the river valley is well populated (and one of the most affluent areas of Great Britain), it is also surprisingly pastoral. Once outside the ring road of the M25, you are moments away from the imposing turrets of Windsor Castle. It’s the county of Royal Berkshire, given the appellation for the presence of the royal residence. Windsor is the most popular visit in these western suburbs, understandably enough, but it also makes a great base for a few days in the neighborhood.
Windsor Castle itself is a magnificent visit that will really take half a day.After all, with more than 1,000 rooms, it’s the largest inhabited castle in the world. You’ll want to see it all: State Rooms, exhibition, Queen Mary’s Dolls’ House and St. George’s Chapel. This evening, take a stroll along the riverfront and join locals and visitors from around the world gathered in the town’s friendly pubs.


Windsor Castle, of course, is all that most visitors see, on coaches passing through or day trips out of London. There is much more to the royal seat and its royal neighborhood, however. Those boathouses on the other side of the river belong to Eton College, proud of its reputation as one of England’s top “public” schools—and as the cradle of English statesmen. It’s a short stroll across the pedestrian bridge from Windsor to Eton’s High Street and the college gates. Do see Eton’s famous chapel and the college museum, recalling student life going back centuries.
Stretching south of Windsor, Windsor Great Park covers some 3,000 acres of nearly 30,000 acres of Crown Estate. A short drive around the park begins by following the river east a mile or so to the meadow of Runnymede, where Magna Carta was famously signed in 1215. Do follow the signposts to the hill above and visit the Air Forces Memorial—to more than 20,000 Commonwealth lads killed in the Battle of Britain, raging now 70 years ago. Again, well signposted and just down the road is Saville Gardens, a classic example of English gardens at their best. Turn west along Virginia Water to Ascot on the A329. The road becomes the town’s High Street, parallel to the famous race course and past its grandstands and barns. Turn right, following the course on the A322, which runs right through the heart of Windsor Great Park and back to Windsor. Stop and take a walk in the park if you like. It is open to the public and a favorite picnicking site.

Day 3—Just North to The Chilterns


Today’s road trip is a short one as well. The A355 leads north into the Chiltern Hills and the county of Buckinghamshire. Follow the signs to the left to the Burnham Beeches, a beautiful old-growth forest just as you’ve always imagined it.
Catch the A40 west to High Wycombe and visit Hughenden Manor, country home of Victorian prime minister Benjamin Disraeli. The National Trust property is a not only a fine country manor in a beautiful valley setting, but a superb introduction to the colorful 19th century figure who was a power in British politics for three decades. If there is time, a visit to Bekonscott Model Village nearby is fun. More seriously, pay a call at Milton’s Cottage in the village of Chalfont St. Giles, one of our Top Ten Literary Visits. Perhaps this evening, take in a production at Windsor’s bijou Theatre Royal. 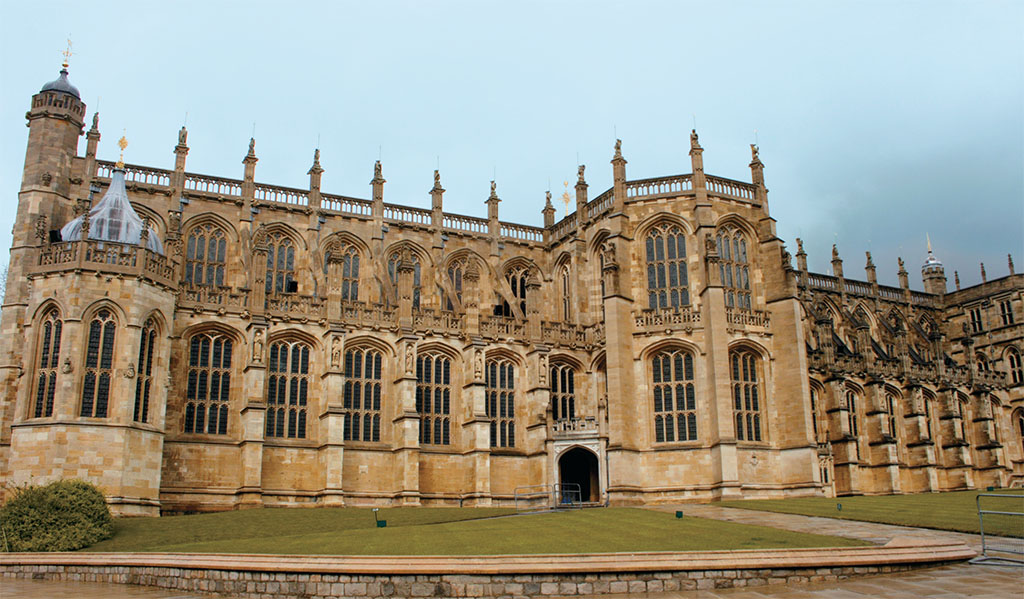 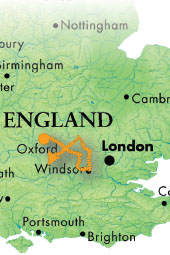 6
Among the royal notables buried in St. George’s Chapel at Windsor Castle, are King Henry VIII and his third queen, Jane Seymour.[/caption]


Take the A308 west from Windsor to Holyport and northwest to Marlow, then follow the river to Henley-on-Thames, the regal stretch of water that’s home to the Henley Regatta. The town is well worth a look around. Followthe river now bending south to Sonning. The street into the village is a cul-de-sac at the ancient flint church. The historic Bull pub next door has been known for its food for decades—a great place for lunch. You can work off the pint with a stroll through the old churchyard and its Celtic crosses to the riverbank. It’s a picturesque scene, complete with working lock and pleasure boaters.
The river runs north of Reading, parallel to the A329l. Neoclassical Basildon Park with its park and gardens makes a lovely afternoon visit. Or you might drive up to the pretty market town of Wallingford. It’s an easy return to Windsor by dropping down to the M4 at junction 12 and turning east. You’ll already have discovered that Windsor is a great shopping town.

Day5—Enough’s as Good as a Feast?


You may still have some time in London, or be off to Yorkshire or Bath. It is easy enough to make connections to anywhere. If you are not driving on, return the car at Heathrow and take the Heathrow Express into Paddington Station. Or, instead of returning to Windsor, stay on in Wallingford, where just up river the Shillingford Bridge Hotel overlooks the river. Take a day walking the Thames Path or dawdle on up just a dozen miles or so to explore the university city of Oxford. 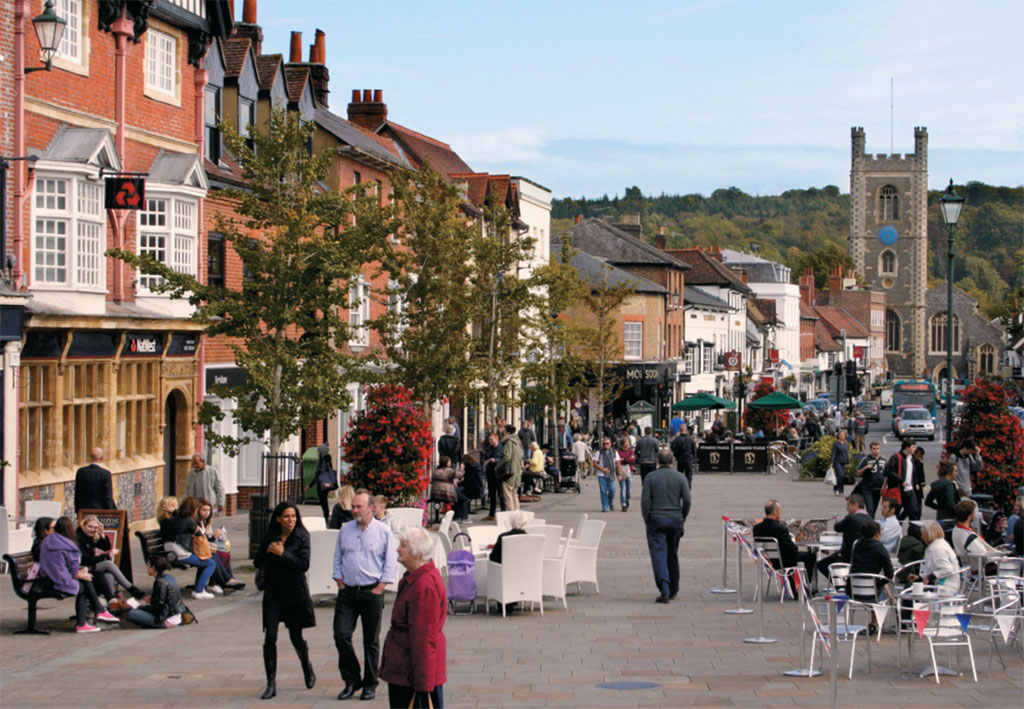 6
The pretty riverside town of Henley-on-Thames is the center of British rowing, and home of the annual Henley Regatta.[/caption]