It’s the land of A.E. Housman and Ellis Peters’ Brother Cadfael, Offa’s Dyke and Wordsworth’s poetry. In the deepest heart of Britain lies the timeless beauty and palpable history of the border country, called “The Marches,” the broad boundary melding Anglo Saxon England with the Celtic principality of Wales. There are several routes, but this one’s a beauty.


It’s a leisurely start this morning as we leave London and follow the Thames Valley west. Either from central London or from Heathrow, follow the M4 west at least through Reading. You can stay on the motorway all the way to the River Severn. Or, you can drop down at Hunger ford and follow the old A4 (a favorite route we’ve described before) through Marlborough and past Silbury Hill and Avebury to Bath. Then jump back up on the M4. Either way, the destination is the M48, the older Severn Bridge that crosses to Wales and the market town of Chepstow. Arrival will be early afternoon. There are plenteous accommodation options. The first stop is the Tourist Information Centre located in the forecourt of Chepstow Castle, and, then, the castle itself—among the first castles to be built of stone in Britain. Don’t miss its exhibition on Chepstow in the Civil War.

Day 2—Wonders of the Wye


Take a day to visit the picturesque Wye Valley. The first place to start is just up the road: the dramatic ruins of Tintern Abbey, made famous by Wordsworth’s poetry. Check out the historic Monmouthshire county town of Monmouth; then carry on just a couple of miles up the A40 to Symond’s Yat, one of our Top Ten natural landscapes. From Symond’s Yat you can take a colorful boat ride on one of the most scenic stretches of the River Wye. If time permits, you can visit nearby Ross-on-Wye and route back to Chepstow through the Forest of Dean. 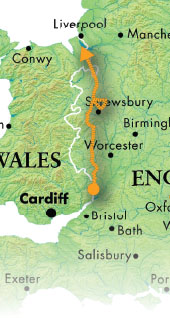 Day 3—Following the Marches to Ludlow


Today we turn north; the A466 leads into the A49 just below Hereford. Do have a wander around what may be England’s most unspoiled medieval cathedral city. Visit majestic Hereford Cathedral, home of the Mappa Mundi and Europe’s largest medieval chained library.Continue on through Leominster into Shropshire and the popular market town of Ludlow. Regular British Heritage readers already know some of Ludlow’s glories.One of our Top Ten British market towns (March ’10) and deservedly one of England’s top food destinations (see British Heritage “Culinary Ludlow,” March ’10), Ludlow is indeed a gem.Check out St. Laurence Church, and Ludlow Castle, for centuries the headquarters of the Council of the Marches. You are only spoiled for choices for dinner tonight: almost everywhere in town makes a virture of using fresh, local ingredients—and uses them well. 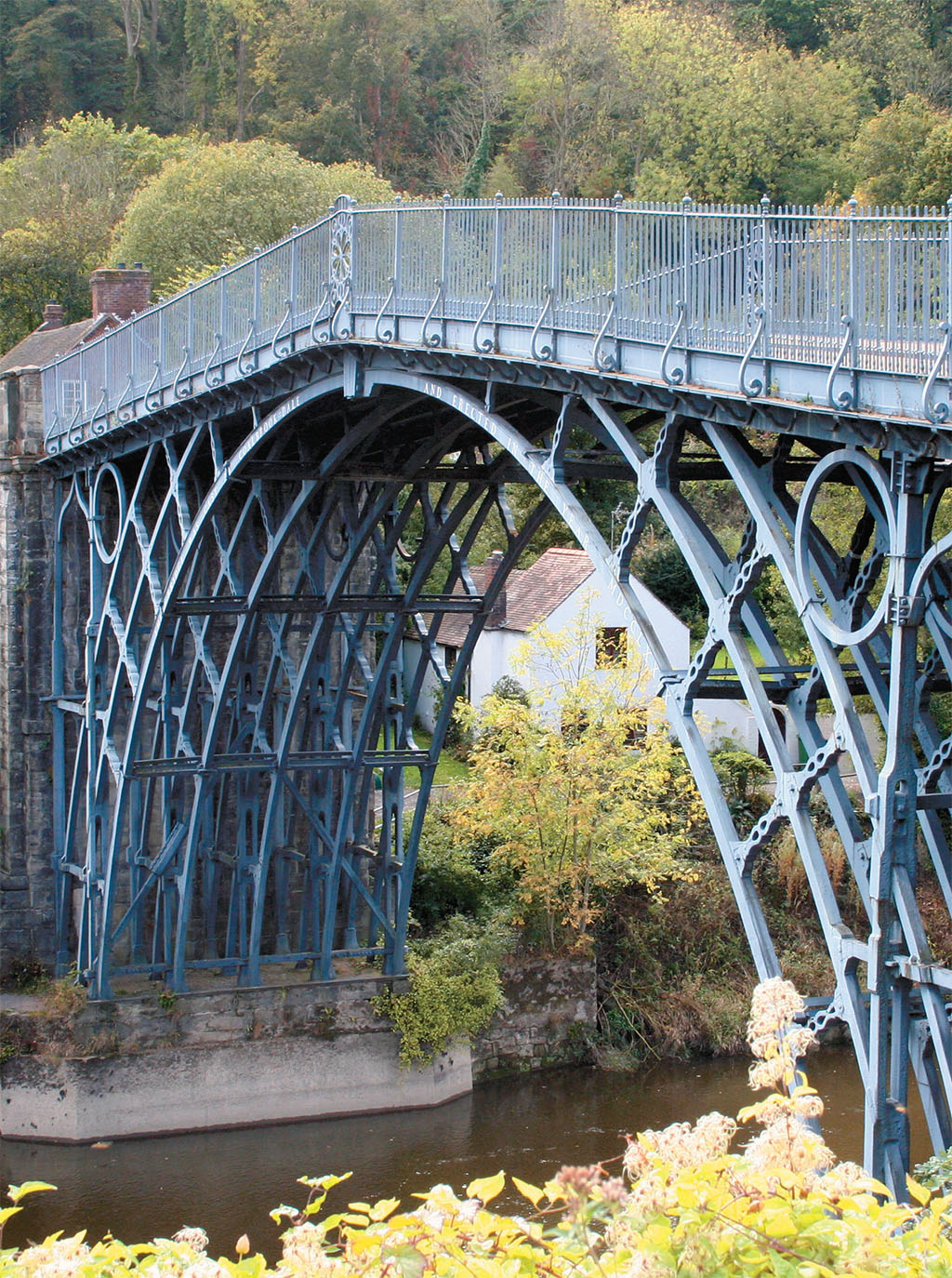 
Check the Market Square this morning for one of Ludlow’s incredible markets. Dawdle as you’d like; it’s an easy ride up to Shrewsbury. “Gateway to Wales” and “Town of Flowers,” Shropshire’s county town is renowned for unaltered medieval streets and Tudor architecture. The town has more than 600 listed buildings, including Shrewsbury Castle (now a regimental museum) and 11th-century Shrewsbury Abbey, made famous by Ellis Peters as the home of Brother Cadfael. Built on a bubble in the path of the River Severn, Shrewsbury is a great town for shopping, strolling the parks and visiting with the friendly people.You’ll find them proud, too, of their most famous native son, Charles Darwin. Stay a couple of nights, perhaps at the centrally-located Prince Rupert Hotel, or at The Lion, a 14th century coaching inn.

Day 5—Where the Modern World Began


Today’s excursion takes us to Ironbridge Gorge near Telford, birthplace of the Industrial Revolution. Spend the morning at the renowned Blists Hill Open Air Museum, a living Victorian community, visit the world’s first Iron Bridge spanning the River Severn, the Museum of the River and the Visitors Centre of this World Heritage Site. On the way back to Shrewsbury, visit Wroxeter Roman City, as Viroconium the fourth largest city in Roman Britain. As the Dark Age capital of Powys, the ancient city may have been the capital town of the historic King Arthur—the original Camelot. You return to Shrewsbury with time for shopping or exploration, and an evening exploring the town’s pubs. 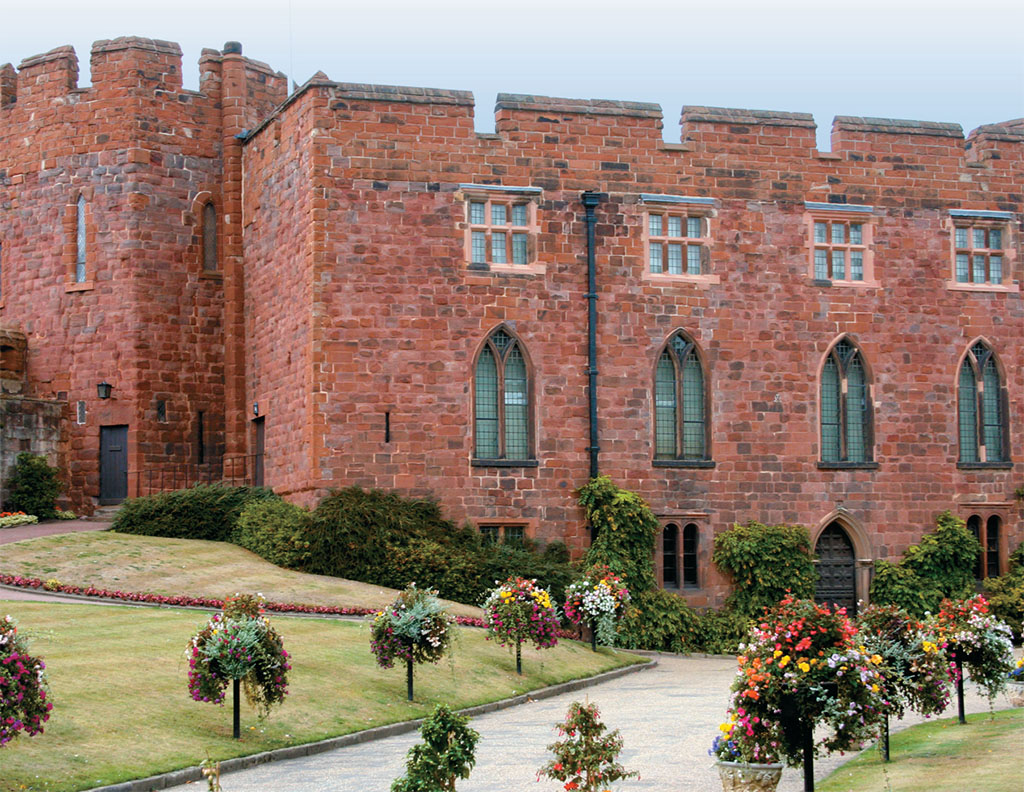 
There are several easy routes north to Chester; it’s only about 30 miles. The Shropshire Union Canal and the River Dee cup the city that was among the most important Roman military bases in England. In fact, you can visit the largest Roman amphitheater in Britain. Begin at the Chester Visitors Centre in Vicars Lane. Then, perhaps get your bearings with a walk along the balustrade of Chester’s 14th-century city walls. The ancient city is famed for the black-and-white Tudor “Rows” of its central commercial precinct. Visit red sandstone Chester Cathedral, too, the Grosvenor Museum or the old Guildhall. Accommodations are plentiful and events constant. Make plans easily with the help of www.visitchester.com, which boasts the tag line: “Old enough to make your spine tingle, yet young enough in spirit to be effortlessly fashionable.” 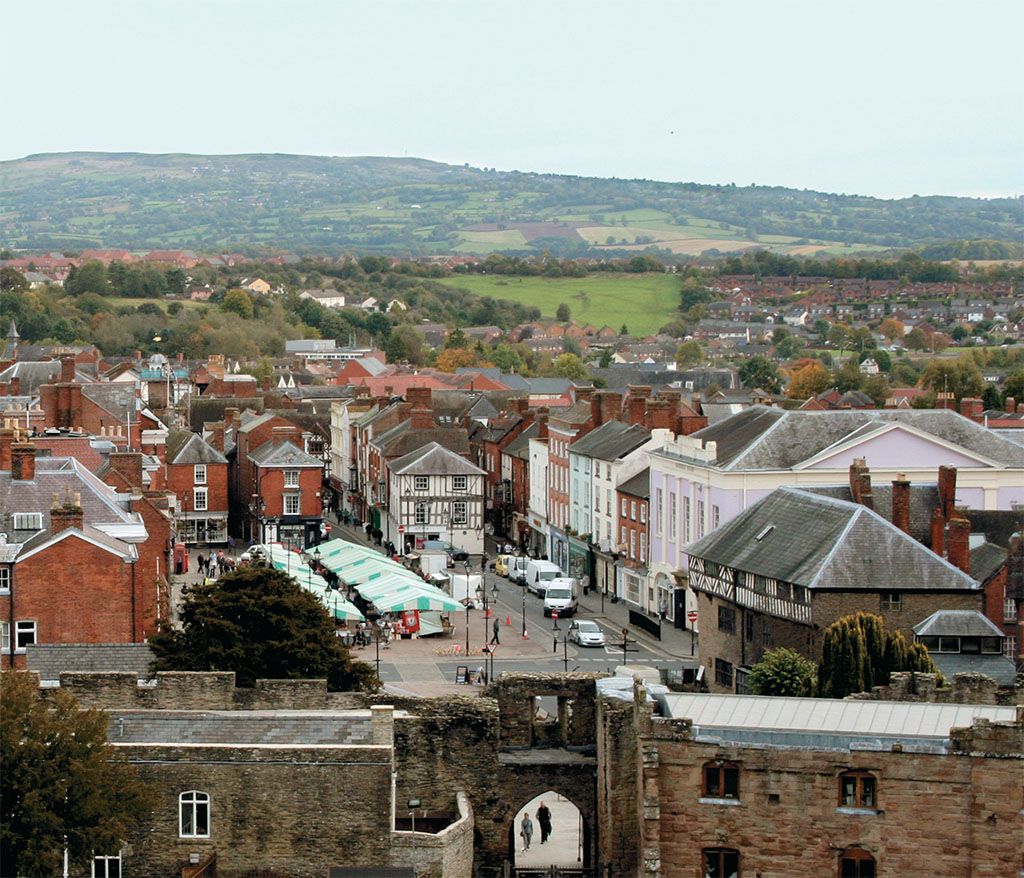 6
The towers of Ludlow Castle provide a bird’s-eye view over the market square and pretty town to the Shropshire countryside beyond.[/caption]

Day 7—On the Road Again


If you have the extra day, Chester will certainly entertain it properly. It’s easy enough to leave the rental car in Chester, though, and take the train south to London. Or, of course, you might drive southeast across “The Heart of England” (routing around Birmingham). A country pub lunch, a beautiful landscape and detours along the way will bring a late afternoon arrival to the environs of London. Or route across the Midlands to visit Hidden England.