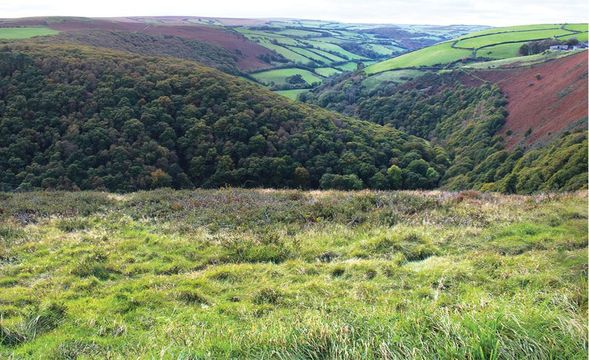 R.D. Blackmoor's 1869 novel Lorna Doone might be the most neglected masterpiece of English literature. In our fast-paced world of instant entertainment, 700-page romantic novels full of lush descriptions of countryside and characters have understandably, if regrettably, lost their appeal.
The story of star-crossed lovers takes place against the backdrop of the stark and dramatic Bristol Channel coast. 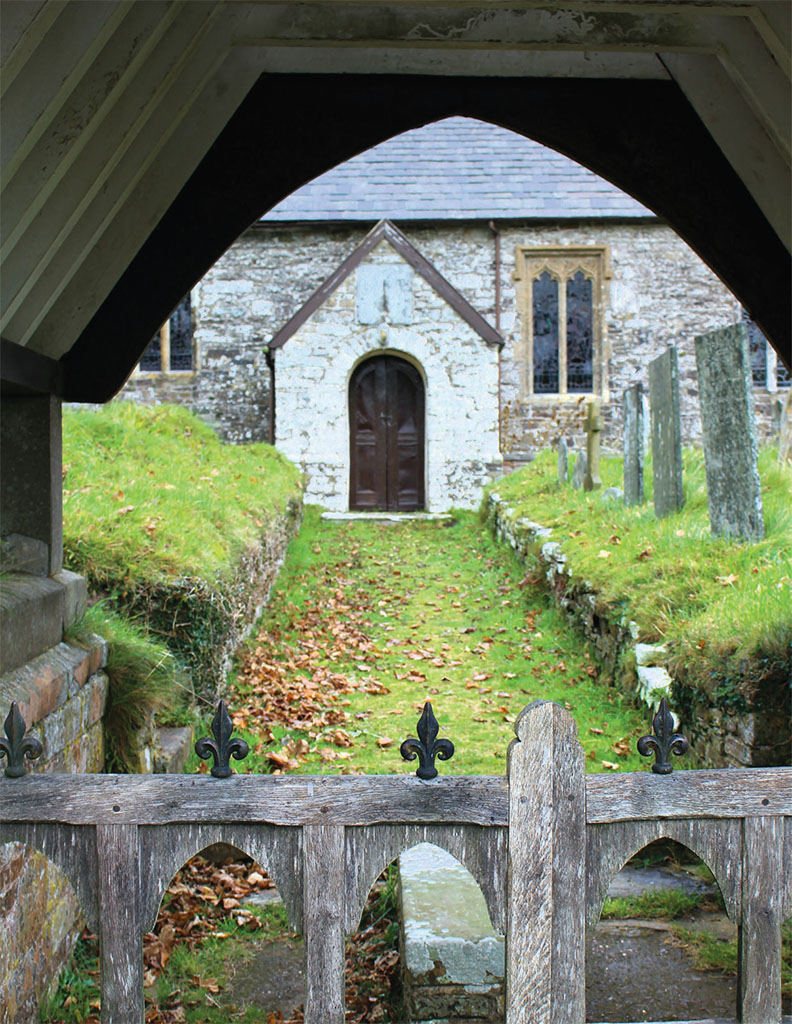 Above the Malmsmead valley, the ancient country church in Brendon still has its medieval lychgate, on which rested coffins on their way in to church.

Valued now for its beauty and wilderness, the pocked limestone expanse of Exmoor is the product of thousands of years of farming. Woodland and heath were cleared and burned, cattle and sheep grazed and managed, resulting over many generations in the landscape of moor, field and steep wooded river valleys we know today. In the heavily forested river valley, the “high born,” but lawless Doone clan lived secluded and protected by their remoteness. 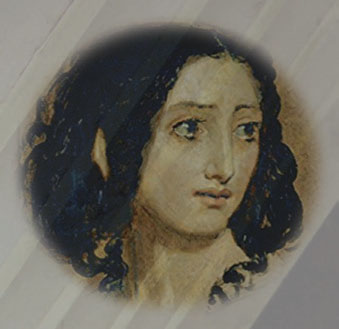 The story of Lorna Doone is told in the first person by John Ridd, son of a farmer of the nearby valley parish of Oare, recalling the events of his life years later as a grandfather. Ridd's schoolboy years were ended abruptly when his father was murdered by the Doones on his way home from Porlock market. Years go by; John grows into a respectable farmer and accidentally meets and falls in love with the beautiful Lorna Doone. She is betrothed in an arranged marriage to Carver Doone, however, among the most vicious “bad guys” in the clan. 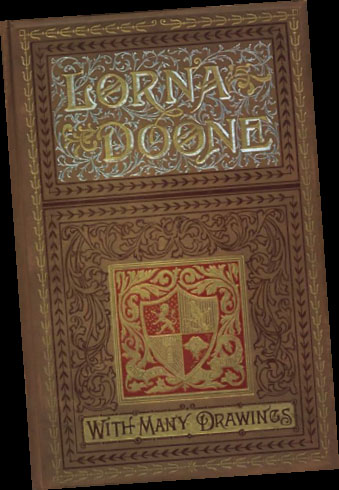 Across the backdrop of historic events, their story plays out. A plot summary alone would take pages, but in a few sentences …

Lorna is discovered to have been abducted as a child, really the heiress of a fortune, and she is taken to London. The Doones side with Monmouth in hope of regaining attainted ancestral lands. On his way to London to retrieve Lorna, John stumbles by accident into the night battle at Sedgemoor that ends the Monmouth Rebellion. He is captured and tried before Judge Jeffreys, but exonerated. Lorna and John return to Exmoor to marry in the village church at Oare. Carver Doone bursts into the wedding and shoots Lorna. The righteous farmers led by John rise and attack the enclave of Doone Valley, destroying the outlaw clan and its hideout. In mortal struggle, John overcomes Carver and watches him sink to his death in a mire. But Lorna survives her wounding. Lorna and John live happily ever after.

The novel has never been out of print, though again, relatively few folks now read it today. In the valleys and villages of northern Exmoor, however, where the romance was set, the story still lives and the area proudly proclaims itself “Lorna Doone Country.” This is one of my favorite parts of England, in part because of its timeless quality. It had been eight years since I visited, and I was delighted to return and walk through the scenes of Lorna Doone.

At the epicenter of the coast are the twin villages of Lynton and Lynmouth, where the West Lyn joins the East Lyn River tumbling off the Exmoor plateau in a deep gorge meeting the Bristol Channel. Atop the cliffs, Lynton is larger and residential. Along the river valley and harbor, Lynmouth is quaint, picturesque and predominantly oriented to visitors—small hotels, B&Bs, gift and craft shops, pubs and restaurants and the Exmoor National Park Centre. Between the two, take the twisting, hairpin road up a 25 percent gradient, or ride the water-powered cliffside funicular railway that has been making the climb with visitors and residents since 1890.

It is the A39 that leads west across the channel coast from Bridgewater all the way down the Cornish peninsula. It meets the A358 from Taunton a few miles from the seaside resort of Minehead. At Porlock, the coast road rises abruptly, again at a 25 percent gradient (not uncommon in these parts), to the Exmoor plateau. Where the county borders of Somerset and Devon meet, a parking area with visitor facilities offers sweeping views across the south and overlooking the Doone Valley. 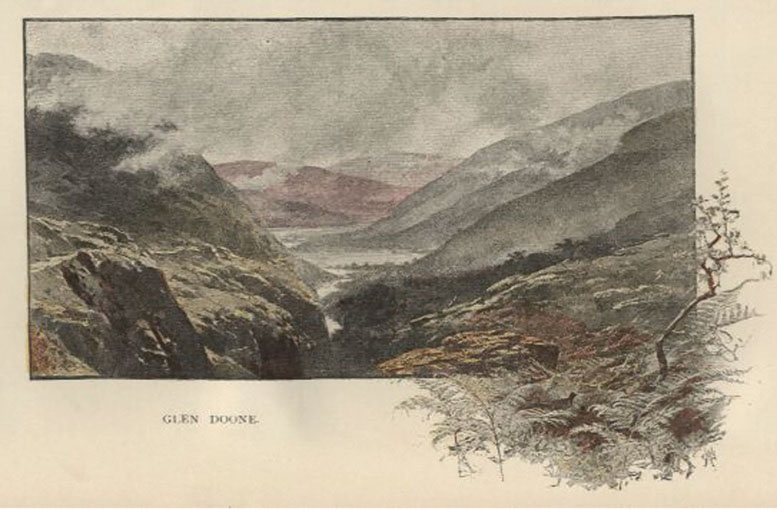 Never out of print since its first 1869 edition, the novel is now read far less often than it once was.

Dropping down from the ridge, a single-track road leads to the valley hamlet of Oare, home of John Ridd. The parish church, scene of the climactic shooting of Lorna at their wedding, still stands with its door open to the public. On the adjacent wall hangs a memorial plaque to author R.D. Blackmoor. Follow winding Oare Water a few miles west to Malmsmead, where the confluence of the stream with Badgworthy Water becomes the East Lyn River. Here, the Lorna Doone Farm and Lorna Doone Inn offer refreshments and a gift shop to those who make the pilgrimage. Across the road, a gate opens a path along Badgworthy Water into the heavily wooded Doone Valley. There is an honesty box seeking an admission of 50p onto the privately held land. From Malmsmead the narrow road wends steeply up and down through Brendon and on toward Lynmouth.

It is impossible to escape the lore and lure of the fictional historic romance. There is the Lorna Doone Candy Shop and the local woodcrafter styles himself, yes, Carver Doone. Other literary figures, however, have discovered Lynmouth's charms. Percy Bysshe Shelley spent summers here with his entourage, at what is now Shelley's Hotel (seasonal). A renowned walker, C.S. Lewis described the view from Lynton Cottage as the most beautiful he knew. A sculpture on the waterfront marks the terminus of the 51-mile Coleridge Way walking trail, from poet Samuel Taylor Coleridge's cottage and residence for several years east along the A39 in Nether Stowey.

The subtitle of Lorna Doone is “A Romance of Exmoor.” Whether venturing there as a literary pilgrim or simply an exploring traveler, the charms of the North Devon coast, its scenic beauty and effortless timeless quality indeed prove seductively romantic. 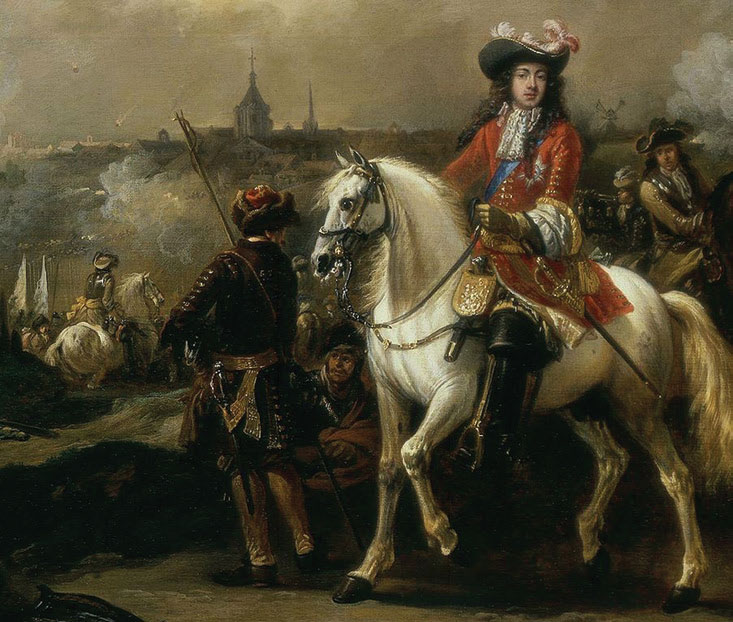 James Scott, the Protestant Duke of Monmouth, lost his head in the rebellion's swift failure.

Following the collapse of the Puritan Commonwealth, King Charles II returned from exile, content to let Parliament govern the country. The “Merrie Monarch” had other occupations, including siring a number of illegitimate children (though he left no legal son as heir). His Catholic brother James II's accession to the throne in 1685 created something of a panic in the staunchly Protestant country, particularly in the West Country, much fatigued by religious conflict for more than a century and a half.
With due prodding, Charles II's oldest natural son, James Scott, the Duke of Monmouth, was convinced to launch armed rebellion in pursuit of the crown. From his landing in Lyme Regis on June 11, 1685, Monmouth's Rebellion was short-lived. It met an ignominious ending in the Battle of Sedgemoor on the Somerset Levels on July 6th. The captured Scott was beheaded at the Tower of London on the 15th. In the aftermath, the government sent Judge Jeffreys into the West Country to try the rebels at a series of what became known as the Bloody Assizes. Hundreds were hung, drawn and quartered after speedy hearings. A fortunate 800 men were exiled and transported to the West Indies.

There are many options for accommodation and nourishment in Lynmouth and Lynton. Here are several charming choices for both along the village's single pedestrian street on the waterfront. 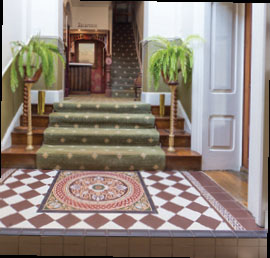 This historic 14th-century inn right on the harbor features loads of character and the finest dining in town.
risingsunlynmouth.co.uk