Breathing Life Back Into the Past 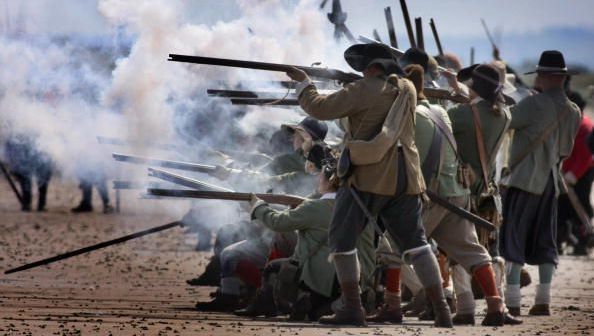 The hobby of historical re-enactment now has a deep history of its own. The sealed Knot Society, the first reenactment society, was formed as long ago as 1968, the last year steam was used on British Railways.

There is no shortage of history in Britain. Nor is there any noticeable shortage of volunteers to bring it to life. Almost 20,000 enthusiasts give up their time, money and weekends in some 140 reenactment societies the length and breadth of the country.

Time periods brought back to life range from the Viking era up to World War II. Re-enactments even extend to overseas: colonial North America during the Seven Years War, the French and Indian War, the Wild West and the Lone Star state.

Visitors to Britain can find re-enactments at National Trust properties, stately homes, village fetes and other locations that can be easily visited by BHT readers. The majority of these events are staged in the summer and autumn months.

Read more: Does the Queen have secret hand signals?

‘"The shot heard round the world" was the spur for two Leicester men, Alan Ball and James Martin, to found Redcoats and Revolutionaries in 2012. The idea was to be able to put on a show involving both sides of the conflict, rather than just concentrate on one particular military unit or battle. The founders met at the Loaded Dog pub in Leicester to form the group.

Ball says: "I'm just a history junkie. I joined a Viking re-enactment society at 16, mainly to duel my friends with swords. They left after three weeks and I'm still a member 16 years later. Quite a few reenactors get the bug to look more deeply into another period of history; for me it was the War of Independence, something I initially knew very little about apart from the clichés and movie stereotyping.

The more I read, the more interested I became–the smart 18th century aesthetic didn't hurt. But the main thing was the extremely vivid images of the struggle for a nation, a truly global war. Just experiencing a tiny fraction of that is appealing."

The group reenacts the 17th Regiment of Infantry, the "Leicestershire regiment." Extremely active in America throughout the war, it remains part of the modern day British army. A couple of members wanted to portray a light infantry company and chose the 40th Regiment. On the revolutionary side, the group portrays the Lexington Minute Company.

It is not unknown for actors to swap sides. Ball said: “I guess people have such a wide variety of interests that playing the good guy or bad guy either does not concern or interests them more. Arguably, for me at least, the most interesting thing about the War of Independence is that there is no clear good versus bad–unless you believe The Patriot. It was an incredibly messy circumstance born of complicated politics and early globalism.”

Read more: Do we finally know who Jack the Ripper is? Ball says that it is a "great hobby" that takes as much or as little time as a volunteer can offer: “Some groups insist on a minimum commitment; for us the cost of equipment is proof enough of commitment–about £2,000 for a good military impression.

We do about 10 weekends a year, either for ourselves (experimental archaeology) or members of the public. Many of us also meet once a month for a drink. We try to be engaging while being accurate.

“Most of the time we try to be good educators and speak in the third person. I am just a guy dressing up to show you cool stuff about history. But when we're on a site that lends itself to presenting “living history,” we get in character by trying to do the things that people did.

“In terms of military reenactment, that is camp duties, arms drill, sentries, exercises and so on. Our civilians use their practice of historical crafts and make things. We will often try and perform a particular small event from history; a skirmish between troops, a seditious sermon from a preacher, highway robbery and smuggling. All sorts. It's just loads of fun.”

Read more: Ronald Brittain: The loudest voice in the military?

Last year, the group was contacted by organizers of a two-day display of the Amon Carter Flowing Hair Silver Dollar (worth $10m) alongside an original copy of the Declaration of Independence in London, staged on the 240th anniversary of the Siege of Boston’s last day in 1776.

Ball recalls organizers wanted some Redcoats and Americans: “Sadly none of ours were available, so they hired an actor and costume from a theatrical company.” The volunteers traveled to London fully costumed on the train, making the local news.

When the society was established, there was a fair bit of interest from the re-enactment community in the US. Ball notes: “A few kind souls gave us some much needed help and advice and shared a great deal of knowledge of historical sources and their own research.

We were really keen to get it right–make reproductions to an accurate standard, and study the smaller things that make a re-enactment “live”–mainly the daily duties of soldiers, and the civilians who practice their crafts. One member of the 17th Regiment of Infantry in America visited us a couple of years ago and put us through our paces.

“We have about 10 people that portray Americans, but sadly no actual Americans! All of them portray civilians who have taken up arms in our militia while working their crafts such as blacksmith, gunsmith, tailor, cook and others.”

Are they all just sublimating, frustrated thespians?
“Probably,” laughs Ball. “To be honest, there are plenty of shy, retiring kinds in re-enactment who just have a keen interest in history and let the more extrovert “luvvies” do the dramatic stuff. I’m perfectly happy to be a body in the background–an extra if you like–in proceedings, but having started the group I have left my comfort zone on a few occasions and really enjoyed it. Maybe I'm wasted at a desk!”

A Voice for the Voiceless

A famous writer who championed the poor is the inspiration behind Gillingham, Kent-based living history group Voices from Victorian London. Carole and Leslie Allman have taken to the 1850s writings of Henry Mayhew to portray those from the wrong side of the tracks.

Leslie says: “Our main characters are Navy, Polly and Beefy, created from the writings and interviews of Henry Mayhew. These writings involved detailed and heart-warming interviews with all sorts of lower class individuals. These provided the perfect base from which to give them a voice again, which means behaving and sounding as they would, together with the addition of some of our own personalities.

“They were the dregs of Victorian society with little or no education, desperately trying to stay away from the workhouse, surviving as best they could from morning to night by whatever means they could find, legally or not. They were classed as criminals simply because they were poor, which of course wasn't their fault. They were the same as we are today with human emotions and frailties. They still laughed, cried, loved and died, but without any hope of something better in life.”

The newly-formed group is barely a year old and focuses on appearances in Kent/Sussex/Surrey. There is a current membership of six, a guest member, an associate member (who is the photographer) plus a newborn “baby” doll and the mysterious Quivering Meg.

Read more: The Battle of Hastings and how the Normans changed England 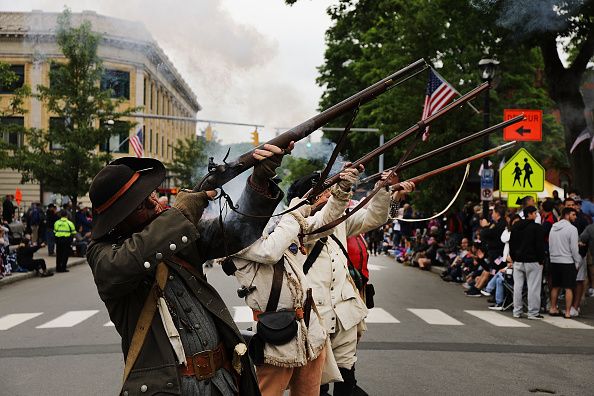 The couple prefer to use the term “living history” rather than re-enactment, because of their detailed attention to characterization, something they consider is lacking from many other historical groups.

Leslie says: “It has never been our intention to re-enact the past, but to become the past! In creating our window into Victorian London, we find that our characters mentally come to life as we are getting costumed, each item of clothing and makeup developing the mindset. Despite what some people think, we are not frustrated actors, for actors have the training and experience to become a multitude of characters with different voices and we do not.

“The very poor in this period are seldom portrayed, unlike the finely dressed ‘posh’ of the period. Unfortunately, however well intentioned, some may be in their portrayal of the period, but many constantly fall down on historical accuracy. Being “down and dirty ”takes a lot more effort and research to get it right, but we consider it to be a lot more fun!”

He admits the research is time consuming but it is fascinating, as they are constantly finding things out that they would not have even thought of inquiring about had they not been portraying this social class of the period.

Leslie notes: “When interacting with our audience we remain totally in character and use period slang and express ions. This has to be restricted as if we went the whole nine yards , no one would understand what we talking about, including us! We have had some American visitors to the events in Rochester and look forward to meeting many more in the future.

Read more: General William Howe and the War of Independence

Lace Wars is a number of regiments depicting both military and civilian life during the 18th century. Specializing in the period of 1740 to 1760, in particular the Jacobite rebellion, it stages events throughout the year at historic sites in the UK and Europe. Catch them in action this summer at Cannock Chase, Staffordshire, August 19-20 or Towneley Hall, Burnley, September 9-10. lacewars.co.uk