On the Road: Dorchester and Thomas Hardy Country 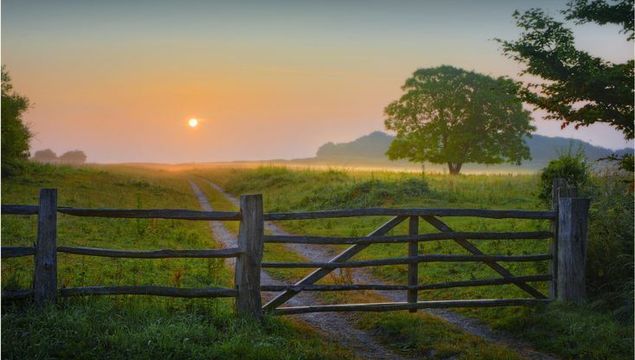 Perhaps the most complete literary landscape in Britain is the fictional region of Wessex, where late Victorian writer Thomas Hardy set all of his major novels

Hardy has always been one of my favorite novelists and poets, and over the years I have never tired of returning to the scenes and landscapes that he described so lovingly and graphically.

Roughly defined by the early medieval kingdom of the West Saxons, the demesne of King Alfred the Great, Hardy's Wessex spread from Devon to Hampshire and north across Somerset and Wiltshire.

All Hardy did was change the place names. At its heart lies the rolling agrarian county of Dorset and the market town of Dorchester, the novelist's hometown and residence for most of his life—widely known today as Thomas Hardy Country.

Read more: On the road: The West Country by train

From London and vicinity, Dorchester is several hours by car, most efficiently via the M3 to Southampton and then the A31 across the top of the New Forest and through Wimborne Minster.

In Hardy's Wessex, Dorchester is Casterbridge, the perfect place to base for a few days. The King's Arms, a classic old coaching inn famed from its key appearance in The Mayor of Casterbridge, is where Hardy used to take afternoon tea and write in the front bow window. 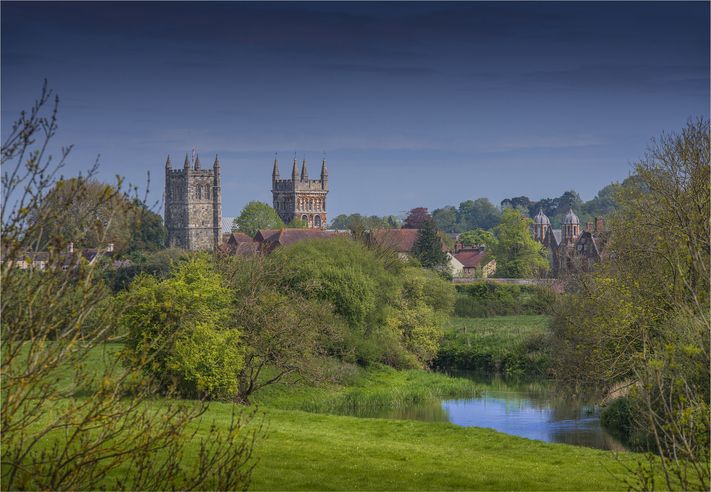 The county town of Dorset had its beginnings as the Roman town of Durnovaria. Dorchester has grown significantly in the last 20 years thanks to the development of Poundbury, Prince Charles's new planned community, on the outskirts.

At its center, however, Dorchester is still very recognizable as the Casterbridge of Hardy's novels and his life. At Top o’ Town, Thomas Hardy's seated statue sits across from the castle keep of Dorset's Military Museum. A block to the north, visit a well-preserved Roman town house. A part of the original Roman wall lies along the West Walk to the south.

Fans of the The Mayor of Casterbridge can walk through every scene of the novel. Pick up maps of Hardy-related sites, town and area at the excellent Tourist Information Centre on Charles Street. The principal shopping street is pedestrianized Cornhill to South Street, beginning at the market cross over the road from the old Corn Exchange on the London Road (High Street).

Continue just a couple of blocks past the town's current active market to the Maumbury Rings. This Neolithic earthwork henge was old when the Romans adapted it as an amphitheater for games and sport in their day. Today, boys still play football in its quiet center.

Back on the High Street, pay a call at the beautiful old Dorset County Museum. It unpacks the region's long history well and contains a permanent exhibit on Hardy, as well as a recreation of his library and study. A walk down the London Road to the east brings you to the sharp border between town and countryside at the River Frome. A delightful path along the river bank brings you to Hangman's Cottage and a gentle climb back into the town center. 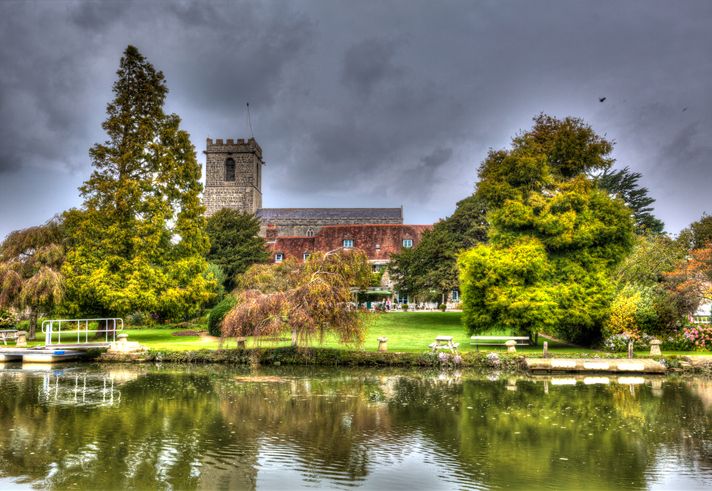 Day 3 - In the neighboring countryside

Just a couple of miles outside town, the village of Stinson has an exquisite country church that Hardy knew as a boy (generally open). Though otherwise the writer's remains rest in Poets Corner, Westminster Abbey, in the churchyard, Hardy's heart is buried in the grave of his first wife. You can also find the grave of poet laureate C. Day Lewis nearby.

Hardy's birthplace and childhood home sits in the neighboring hamlet of Higher Bockhampton. The thatched cottage on the edge of Thorncombe Wood is in the hands of the National Trust and well sign-posted. Rather than take the road, I love the marked walk through the hardwood forest to the cottage.

Just a few miles east, fans of Lawrence of Arabia may want to detour to Clouds Hill, T.E. Lawrence's cottage in the last years before his death.
When Hardy was successful as a writer, he returned to Dorchester and, trained as an architect, built a home on the edge of town, Max Gate. It, too, is open to the public and administered by the National Trust.

Nearby, take the side road to Maiden Castle, the largest Celtic hillfort in England. Its concentric defensive circles once protected a population of 1,500—before the Romans conquered and moved everyone to town. 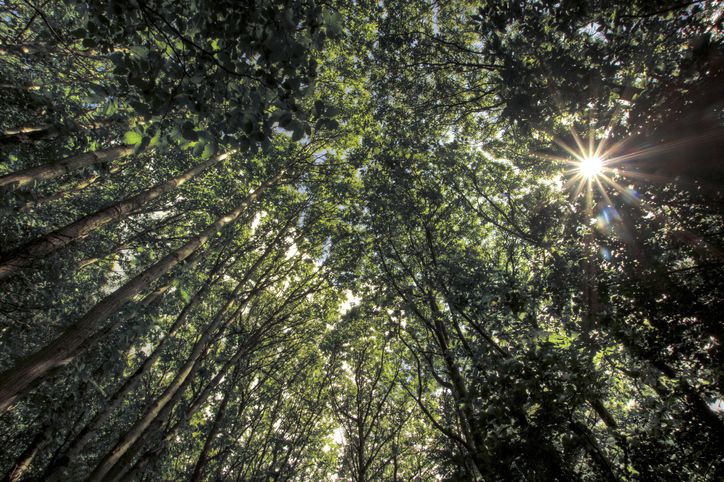 Looking up in trees and sun in Thorncombe woods.

South of Dorchester just 10 miles on the A354, the Georgian resort town of Weymouth (Budmouth) boasts one of the most unspoiled classic English seafronts. On the Old Harbour, Brewers Quay invites visitors to a warren of arts and antiques, specialty shops and eateries.

Across a narrow spit of causeway, Portland offers dramatic views over Weymouth Bay and a famous lighthouse at Portland Bill. Then, follow the B3157 west along the expanse of Chesil Beach. Abbotsbury makes a great stop to see its medieval tithe barn and acclaimed swannery. The broad span ends at Bridport (Port Bredy).

Take the A35 ridge road for an easy 15-mile return to Dorchester. 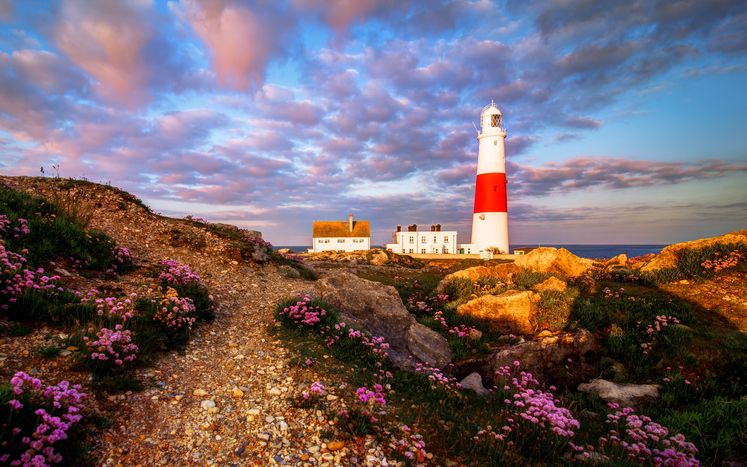 DAY 5: To Sherborne and Blackmoor Vale

It is a 20 mile drive on the pastoral A352 to the pretty Georgian market town of Sherborne. On the way you'll hardly fail to see the Cerne Abbas Giant carved into the chalk hillside (and anatomically correct).

Legends of the giant abound, and the local Boy Scouts keep the old boy weeded and scrubbed white. Sherborne Old Castle and Sherborne Castle and Gardens sit virtually within sight of each other. Sir Walter Raleigh received the old castle from Queen Elizabeth I.

It didn't prove grand enough for his image, so Raleigh built a new one in the next field. Both make fascinating visits today. Just off’ the market square, Sherborne Abbey was once an important monastic foundation; it has been an active parish church since the 16th century.

Time permitting, you might route back through Blackmoor Vale, Hardy's “Valley of the Big Dairies,” on the A357 via Blandford Forum. 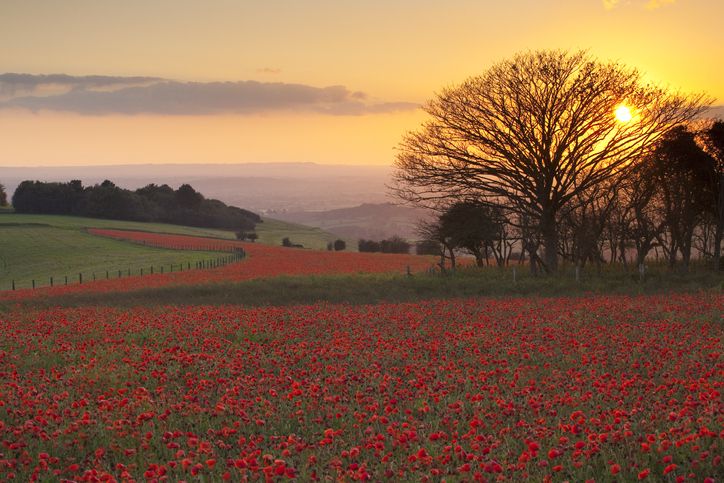 A stunning late autumn field of poppies on the national trust owned Melbury Down, near Compton Abbas, Dorset, U.K

With another day, take a comfortable road trip to visit the ruins of magnificent Corfe Castle, the Isle of Purbeck and Lulworth Cove.

When it is time to move on, Hampshire's vast expanse of New Forest lies just an hour to the east. To the north, Glastonbury and Bath beckon. Or a few hours via the M3 will have you back in the environs of London. As always, we are only spoiled for choice. 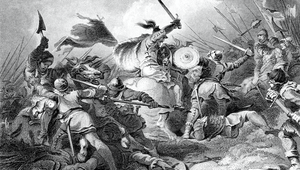 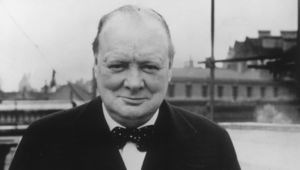