Frolic at the Fête 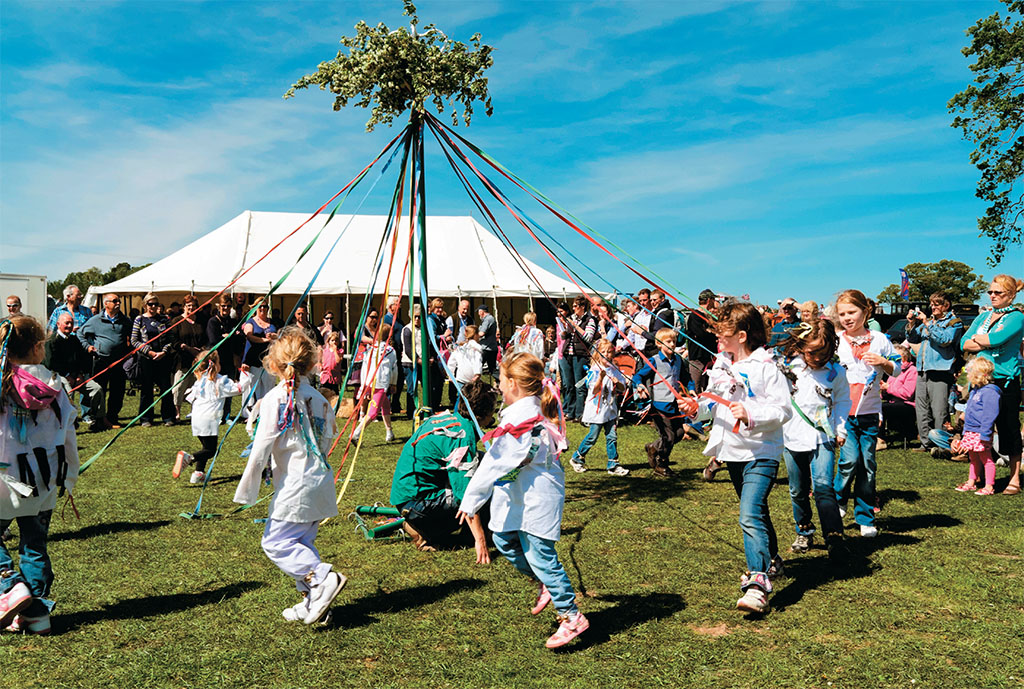 Schoolgirls dance around the maypole at the spring fête in Dilwyn, Herefordshire.[/caption]

It may seem like an archetypal feature of rural British life, but in fact the village fête typically dates back only to the 1920s and ’30s.
Fairs have been a feature of life in Britain since medieval times, and were originally a marketplace for the buying and selling of stock, and the hiring of men. Many counties still hold these fairs, which have gradually evolved into agricultural shows. The village fête, however, is an altogether gentler and more modern event, and has its roots in charity rather than commerce. The early fêtes possibly grew out of “sales of work,” where the ladies of the parish made items to be sold for charitable causes, such as war veterans or orphans.
The heyday of the fête was probably the 1950s, when it featured heavily in contemporary fiction, such as Richmal Crompton’s Just William series. Fêtes slowly declined in the late 1970s and 1980s, perhaps reflecting the changes in the community as more and more locals left the village, and newcomers had less interest in traditional village life.
More recently, however, the traditional fête has made a comeback, and such events are now common in towns and villages across the country. Once again, the villages are filling up with people keen to enjoy a stronger sense of community, and parents who remember the events from their own childhoods are now keen to bring along their own children to enjoy all the fun of the fête. 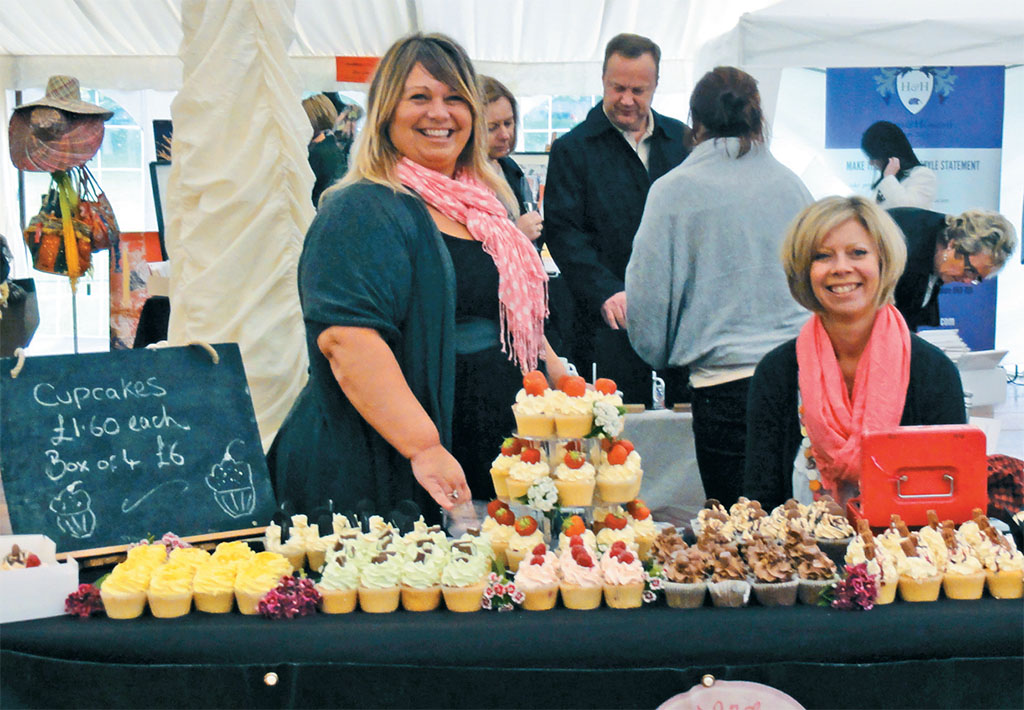 Jools Bennett and Jackie Robinson offer welcoming smiles at their cupcake stall at the village fête in Alderly Edge, Cheshire.[/caption]

Modern fêtes—the word is French, and originally meant a feast or festival—are held either to raise funds or to celebrate one-off occasions such as the Queen’s Diamond Jubilee, and organizers and villagers alike take pride in the success of the event.

Fêtes come in different flavors, although the distinctions are often blurred. A “church fête” is held in the grounds of the church or the vicarage and usually raises money for repairs to the church.
A “garden party” was traditionally held in the gardens of a large house or stately home belonging to the squire of the village or a local personage, but nowadays could be held in any garden.
A “village fête” is normally held on the village green or in a local field. The money raised from garden parties and village fêtes now often goes to charity, but is still sometimes used for the benefit of the community or other specific local cause.

WHAT TO EXPECT AT THE FÊTE 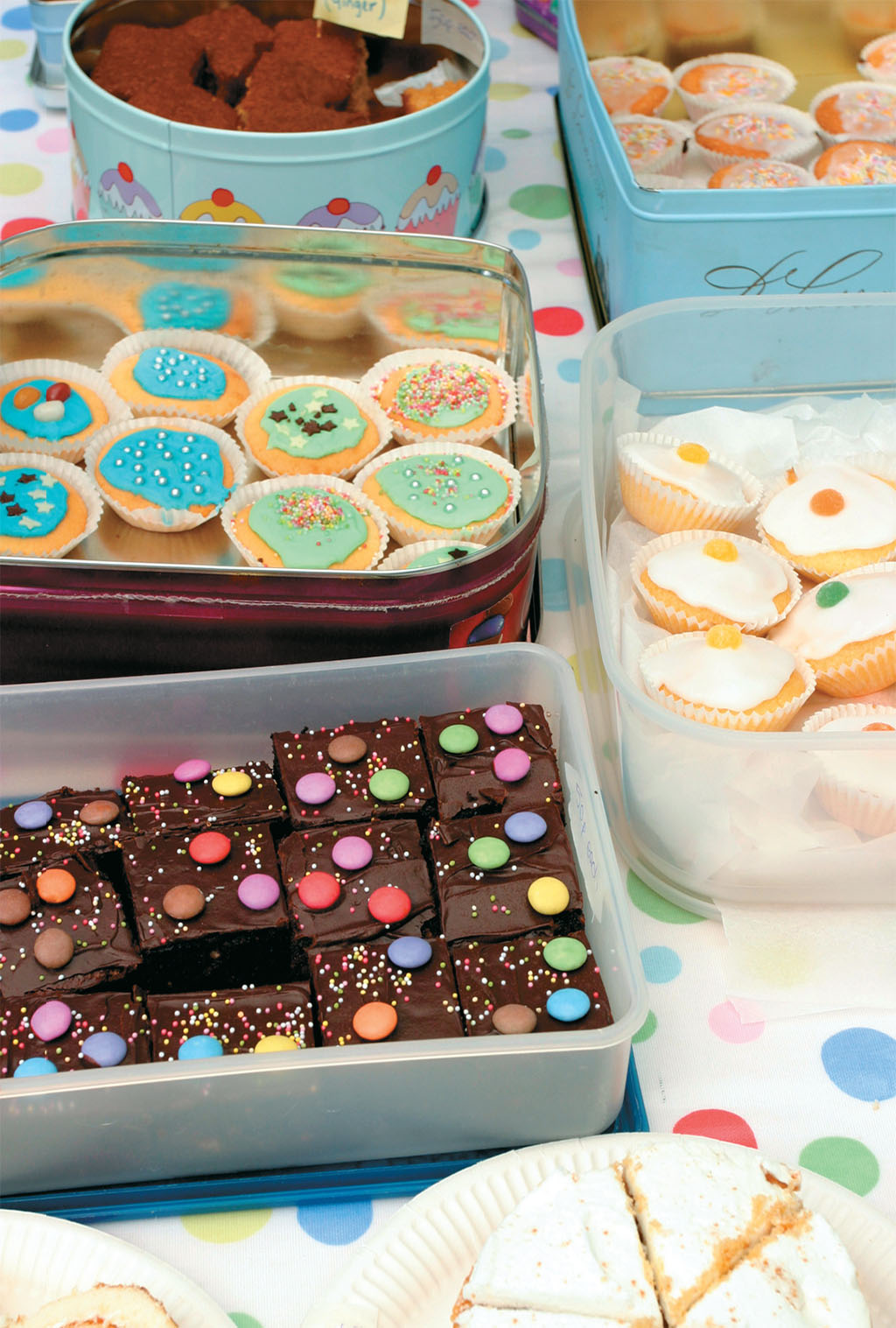 In addition to a tea-tent, a band and stalls selling homemade produce such as jam, cakes and biscuits, a traditional British fête should feature a range of games. Many fête organizers like to personalize their events by adding their own unusual games, but also include some of these more common ones:

Hoopla is a game thought to have evolved from the ancient sport of quoits. The modern version involves standing behind a distance-marking line, and throwing rings over prizes to win them.

Coconut shy This traditional game is becoming rarer, possibly because of the high price of coconuts! Customers throw balls at coconuts balanced in cups, and knock the nuts down to win them.

Guess the weight This game is normally played with a heavy fruit cake, but there are variations—from pigs and ponies to hampers of groceries. Another similar idea is “guess the number of sweets in the jar.” The nearest guess at the end of the day wins either the object itself or a prize.

White elephant or bric-a-brac stall This stall stocks donated items for sale. The term “white elephant” comes from Thailand, where white elephants were very highly prized and could not be used for work. Anyone owning a white elephant had to pay to look after it, but couldn’t use it for anything—so the phrase came to mean a useless object.

Tombola is a game of chance, where customers pay for raffle tickets and win a prize for tickets ending in a certain number, normally ones and fives.

Other events that were once commonplace, such as donkey rides and “bowling for a pig”’ (playing skittles to win a live piglet), are now rare, although larger events still feature dog shows and fairground rides.

Festivals and the Community


Val Brooker has been organizing the annual church fête in the village of Toft, near Knutsford, Cheshire, since 1995. The event has a history going back 40 years, and is very popular locally.
“We normally raise around £3,000, but even when the weather’s very bad we still raise around £2,500. I think that’s down to the British mentality—when it’s raining hard, people will make a special point of turning out to support us,” explains Brooker.
Brooker and her team spend much of the year getting ready for the fête, and she likes to stage events that are suitable for all age groups and offer something for everyone.
“It’s a great family day out. We often see three generations of the same family, all having fun,” she said. “As well as the more traditional games and stalls, we often try more unusual events. One year, we held snail races with garden snails, releasing them back into the field at the end of the day. Another time, a local archery club came and showed people how to fire a longbow. People are very generous with their time and donations, and the success of the fête really depends on that.”
Brooker believes that Toft Church Fête is so popular because it has a traditional British country feel. Local people who have moved elsewhere in the country often come back to Toft for the fête, treating it as a social event and a chance to catch up with friends and former neighbors.
“It really pulls the village together, and highlights each person’s skills, whether they’re creative or managerial,” she said. “In a way, the community benefit is greater than the monetary profit. When the sun is shining and the stalls are crowded, there’s such a feel good factor.”
Sally Fairchild, who organizes the village fête in Cran-borne, Dorset, agrees. “I’m always staggered by the number of people who come—we get hundreds, and many aren’t local,” she explains. “The fête is a local institution, and as an added attraction it’s held in the grounds of Cranborne Manor, the local stately home, by kind permission of the Cranborne family. In fact, Lady Rose Cecil, a member of the family, opened the fête this year.”
“This year’s fête raised about £6,000,” Fairchild enthused, “and we’ll use it for church funds and also local organizations such as the primary school. It’s one of the high spots of the village calendar.”
Whether driven by nostalgia, a need to form part of a community or simply a desire to sustain this most quintessentially British of pastimes, support for the village fête is booming—and long may it last!

Calendar of village fêtes in the Cotswolds:
www.stowonthewold.info/cotswold_village_fetes.php 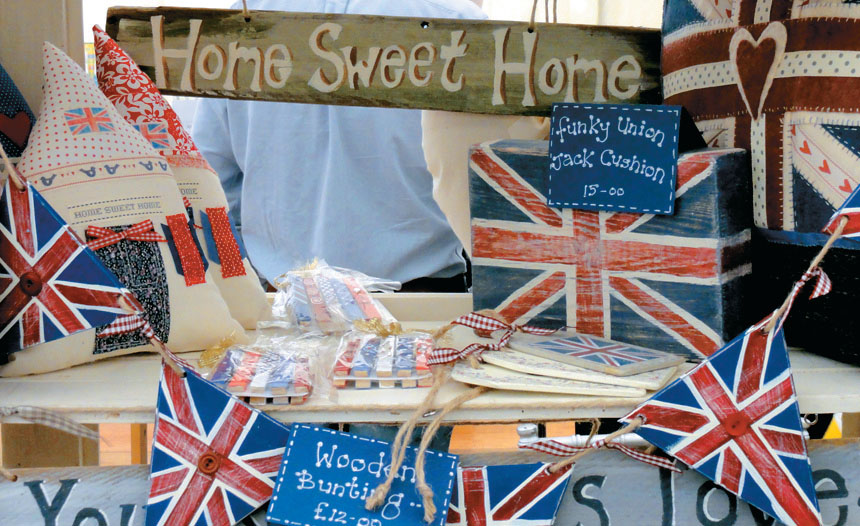 Though the fête has long outgrown its “sales of work’ origins, homemade crafts are still a hit at the village fair.[/caption]