Sceptered Isle: Hands Across the Sea 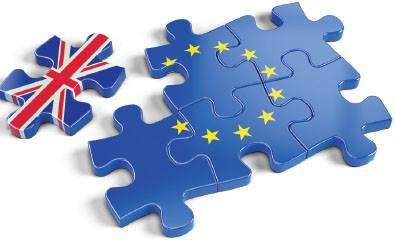 Why this is a once-in-a-generation opportunity


These are unquestionably the most interesting times in Great Britain in 30 years. All is quiet in the North Atlantic alliance, for now. The year 2017, however, will certainly bring changes to the “special relationship” that will continue to exist between Great Britain and America.
After the Brexit vote and its political aftermath in the UK, Theresa May has steadily replaced David Cameron’s leadership allies in Government with her own appointments, determined to put her own imprint on Westminster and the agenda to come. Front and center on that agenda, of course, is implementing the Brexit initiative and negotiating the myriad of treaties and agreements that are inevitably involved in separating themselves from the European Union.
While tremors will long shake the European tree, the fallout for Britain continues to be slight. Its economy remains among the healthiest in Europe, the job market is strong and the cost of living for the British people has remained unaffected. They’re still trying to get their borders closed.
Of course, there are bound to be some surprising outcomes from Brexit. Talks are being held, promoted by Foreign Secretary Boris Johnson, that the Royal Yacht Britannia be re-commissioned after 20 years of retirement (and now moored in Edinburgh’s Leith Harbour as a tourist attraction) to serve again as a “floating embassy” to promote British trade around the world. One does wonder what Her Majesty thinks of the idea.

“While tremors will long shake the European tree, the fallout for Britain continues to be slight. Its eceonomy remains among the healthiest in Europe”

On this side of the Atlantic, our own political scene remains in flux—but not for long. As 2017 emerges, however, a new British PM will be establishing a relationship with a new American president, a relationship that’s likely to have a completely different dynamic than the long association of David Cameron and Barack Obama. Either a President Clinton or a President Trump will have points of commonalty with PM May that the former leaders obviously seemed to lack. Let’s all certainly hope so. After all, among the items on our national agendas likely will be new bilateral agreements in trade, travel and diplomacy.

Despite the inevitable give-and-take between friends, our historic relationship with Britain has largely thrived since the 1800s. Over the decades since World War II, the UK has time and again proven America’s strongest European political and military ally. The shared political, social and personal values as well as rich exchange of both high and popular culture since the time of Queen Victoria have cemented our interests and our affection for each other.

I have long relished the good-natured banter and teasing in conversation between Brits and Yanks at the diversity in our customs and traditions, and over how we perceive the world and do things differently. We’ll never grasp how 0-0 can be the final result of a sporting event. They’ll never understand how we can live without proper tea, nor grasp the distance between Boston and Miami—let alone Seattle. It’s a bit of sibling rivalry in the family of English-speaking nations, the settler colonies whose roots lay in Great Britain.


Now that Britain will be withdrawing from its Continental compact with the European community, the ties of economic cooperation and mutual aid in a myriad of ways loom more significant to either country than they have been in many decades.
As welcoming as Americans across the country are to the British visitors that make the crossing to “the Colonies,” they do tend to cluster in Florida and Southern California. It’s the British understandable love for following the sunshine. And being a largely urban and urbane people, the Brits do find the lights of Broadway and the legends of New York to be irresistible. Not many of them discover Pennsylvania Dutch Country, Maine’s Penobscot Bay or the blues and barbecue of Memphis.
We Yanks tend to do our version of the same thing, even if we’ve been to Britain a few times or more. We do love the glories of central London, and iconic routes like Oxford and Stratford-upon-Avon, Stonehenge and Bath, York and Edinburgh. There’s a comfort zone with the famous and familiar. And certainly there is an “A List” of destinations for American (and global) travelers across Great Britain—and each is deservedly so.
The British Heritage Travel reader, though, is not your routine tourist. If you are a typical reader, you’ve been to Britain an average of 10 times.

(And if you haven’t, you would most probably like to). Whether you are waiting patiently for a first visit to our sceptered isle, a dedicated Anglophile, or an expat that goes home to visit, this is the most fascinating time I have seen to visit with the British people themselves since the early’ 80s of Margaret Thatcher, the miners’ strike and the Falklands War.
Here is that once in a generational opportunity to witness a sea change in social and political history. Now is the time to put away the A-list. In the transient crowds of cosmopolitan tourist centers, it is easiest to miss the heartbeat of the public dialog and the pulse of the marketplace. This is an optimum time to plan an adventure in the less-traveled shires and tourist-tainted. Feel the temper of the times, be a people watcher, listen to conversations—and engage in them. Needless to say, any neighborhood pub is a great place to start (in Knutsford or Coventry, not Knightsbridge and Covent Garden). You might visit the supermarket, sit on a park bench and buy lunch at the bakery, as well.

Need some good suggestions for less-traveled, heartland destinations? British Heritage has been delighted to serve them up for years. I remember being in Penzance when I bought pints for three young soldiers just back from the Falklands and listened to their stories—and ponder where I might go now to feel the pulse of the times. In truth, the anthology of stories in this Secret Britain edition provides as good a short list of suggestions as I might devise—from the Exmoor coast of North Devon to the Aberdeenshire coast of Northeast Scotland. Or perhaps you have your own list of someday places from St. Davids to Whitby.
Once again, the historically low Great British pound will continue to make British travel an uncommon value for American visitors for some time to come, but not indefinitely. Meanwhile, it is certainly an encouragement to plan travel now—making hay while the sun doth shine.
It’s one of the classic themes of English poetry, carpe diem. Seize the day.

“Gather ye rosebuds while ye may, Old Time is still a-flying;. And this same flower that smiles today, Tomorrow will be dying.”
— Robert Herrick

Pull up a stool at the Navy Inn in Penzance for a discovery of Britain that most visitors never observe.[/caption]