Hidden St. Paul’s, Vampires in the Graveyard and Champagne in Covent Garden 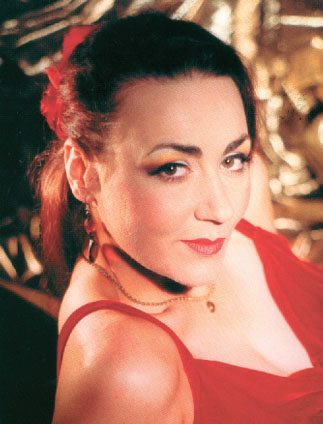 JUST WHEN YOU THINK there’s nothing more to discover about St Paul’s Cathedral, a TV program throws you a curve. There I was, happily watching Waldemar Januszczak’s Baroque! on BBC4 (a fine channel), when I suddenly noticed he was clambering about in St. Paul’s roof, not on it. My interest was piqued.
When he was rebuilding St. Paul’s, Sir Christopher Wren had his original, domed, design rejected for being too “popish,” so he created a compromise to keep the authorities happy. Even he knew it was not a good design. It looked a bit like a sink plunger on top of a wedding cake. But he cunningly got them to agree to later “ornamental changes,” while not actually stating what those changes might be. He covered the whole thing in scaffolding and built the internal roof as promised. But he had no intention of building the monster he’d fobbed off on the authorities, and before long his now-famous dome began to take shape under wraps. There was a small problem, of course. If Wren had just stuck the dome on top of the regular roof, it would have been out of proportion. So he built high, false screen walls to make it look more like his original design, ensuring that the dome would sit so beautifully on his creation that no one could possibly object. 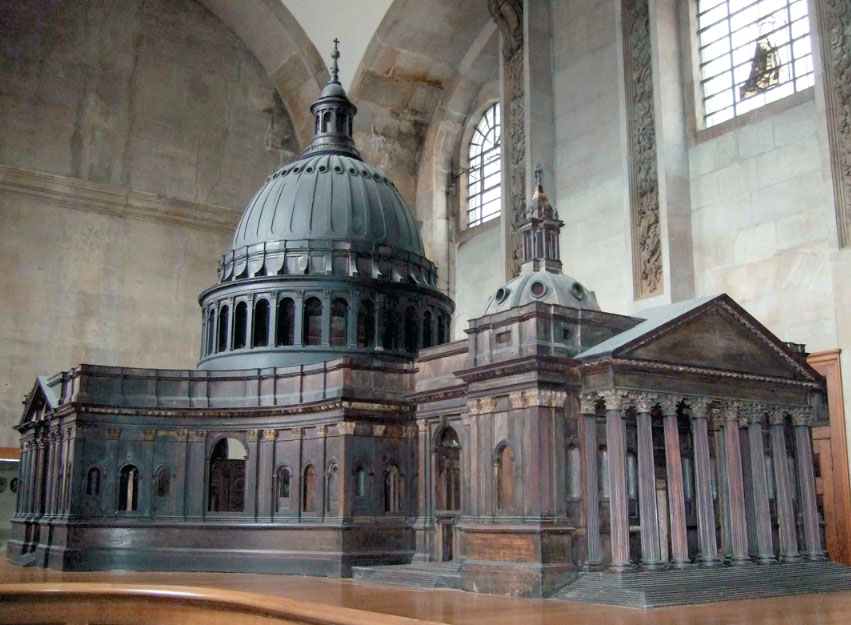 A walk-in model of St. Paul’s hidden on the first floor of the cathedral.
ST. PAUL’S CATHEDRAL[/caption]

What’s behind those big screen walls, along with other cavities, such as the gap between the domes, and the space behind the arches, is known as St. Paul’s “pockets.” In these empty spaces Wren hid the flying buttresses (that many people think the cathedral doesn’t have), special rainwater gulleys and a warren of secret passages that wouldn’t be out of place in a Dan Brown novel. Hannah Talbot from the cathedral agreed to take me on a tour of St Paul’s secret places.
She unlocked (with an unfeasibly large and ancient-looking key) the door to the South West Tower, and we were suddenly inside a fabulous cantilevered spiral staircase sweeping up to the first floor, an area housing “spare” fonts, bits of masonry from one of the previous cathedrals (which burned down in 1666) and the famous walk-in model that Wren built to show the bishops what they would be getting (well, sort of). From there we climbed through several secret doors and tiny passageways before finally getting out onto the roof and walking across walkways and through gullies, to prove that St. Paul’s is after all, a large version of a classic English church—just with a few additions.
The high curtain wall hides a pitched roof and makes the whole thing look just that little bit grander. Inside the pockets are the convex versions of the stunning, mosaiced concave spandrels that seem to support the great dome, and if you clamber through it finally brings you out to a corridor with little doors looking out over the nave. St. Paul’s are keen to open this part of the cathedral to the public soon. It’s possible the pockets themselves will never be fully viewable save by special visit, but they’re hoping that the first level, with its fascinating model, masonry-library and spare fonts at least, will be open by 2012. 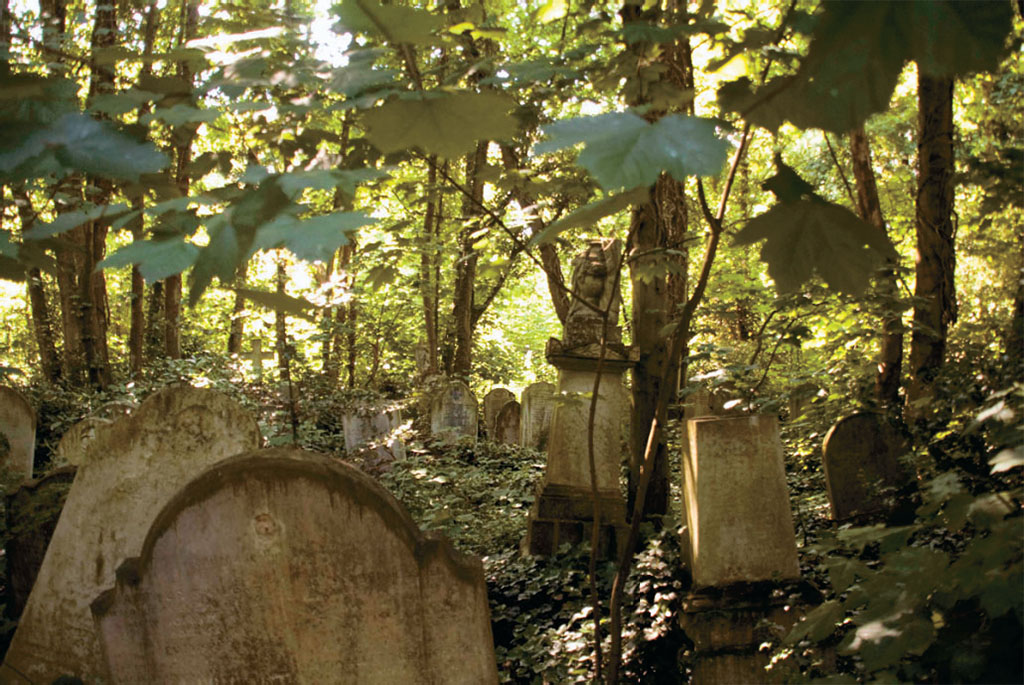 I VIEWED ST. PAUL’S in a slightly different way just a few days later. A group of friends and I have made a pact to, over the next couple of years, visit each of the Magnificent Seven great Victorian cemeteries of London. Sounds unexciting, I know—but they really are something to behold. They grew out of necessity; by the 19th century the population had grown so much that the churchyards were full, and what to do with the capital’s dead was becoming a serious problem. So in 1832, an Act of Parliament was passed permitting the creation of private cemeteries, in what was then the suburbs of the city—though, of course, they’re all considered inner London now. The Magnificent Seven form a rough circle around the capital, and each cemetery is unique in the way it has developed. Some, like Brompton, are relatively neatly-kept, others, like Highgate, have become overgrown to the point where they resemble the set of a vampire movie—but all house their own celebrity graves, all have some very, very quirky memorials and all are deeply atmospheric. That is why my pals and I decided that we wouldn’t visit them all in a big sweep, but wait for the optimum time to see each one. 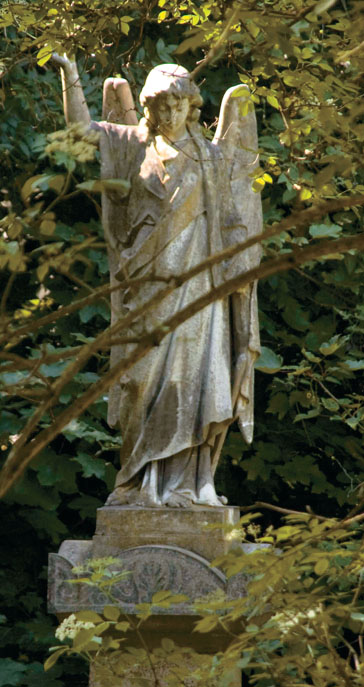 Nunhead Cemetery, in South London, is probably the least famous. It’s definitely one of the most overgrown, though, and to see its mouldering tombs—its weeping angels, broken columns, doric temples and creepy mausolea—peeping through a thick cladding of ivy and brambles is at once romantic and moving. Many of the headstones have fallen over and their inscriptions are lost, but it would be a mistake to think this place is abandoned. It’s much loved by an active group of Friends who lovingly record what inscriptions are still there to be read, make sure the headstones don’t topple any further and liase with the council to keep the undergrowth under control. It’s a delicate balance; although Nunhead is still a working cemetery, it has also taken on a new and important task in modern London—as a wildlife sanctuary. To keep it too neat would not only strip the place of its atmosphere, but also of its benefits to animals, birds and plants.

We joined a free tour—there’s one at 2:15pm on the last Sunday of every month. It’s easy to get lost inside this wonderful urban wilderness and to miss some of the best features. We were taken to the spooky ruined gothic chapel, and to peer at the even spookier vaults below. We were shown the huge tombs of local industrialists and Victorian worthies, as well as a group of simple graves—war heroes from South Africa, New Zealand and Canada—who died in France in World War I. Especially affecting was the memorial to nine young boy scouts who died when their boat capsized on a troop outing in 1912. What’s odd about this cemetery, though, is that it’s not a gloomy place of tragedy—more one of peace. It’s a true joy to wander Nunhead’s leafy hills, overgrown paths and quiet glades. And not to be missed is one of the best-kept vista secrets in London, a specially-cut hole in the trees at the very top of the hill framing St. Paul’s Cathedral with quiet precision.

TONY’S BIRTHDAY always gives me a headache—I don’t want to take him for a slap-up dinner somewhere we’ve already been, but I also don’t want to pick a restaurant that will turn out to be a mistake. After some consultation, I decided on Clos Maggiore in Covent Garden, and I am still patting myself on the back for choosing so well. It’s perfect for a romantic meal—not least because the staff really seem to know what it’s like to celebrate a special date. I had been told to ask for a table in the conservatory at the back (it’s a good idea to book ahead as far as possible) but it wasn’t until we arrived that I realised why.
It’s not hard to spot the restaurant as it’s the only place in the street with living-flame braziers and a hedge around it. It’s tiny, cozy rooms with panelled walls and slightly eccentric, artificial greenery all around, sounds a bit naff but really isn’t—it’s beautiful. There’s a weeny room at the front, where the solicitous staff welcomed us with genuine friendliness, brought us some excellent champagne and canapes and, when I mentioned how much I’d enjoyed one kind in particular, brought some more. My kind of restaurant….
The conservatory is wonderful—a fantasy of artificial, blossom-covered trees and a real fire. Again, I know that sounds plain weird, but it works. We went for the full tasting menu (aw, c’mon—it was Tony’s birthday), and were both surprised and delighted when they told us that we could mix and match the two tasting menus (one’s vegetarian) to whatever combination we fancied. Even better, when we asked them to match the wine to the individual courses, they did it to our choice of dishes, not to what would have been on the set menus. From scallops, done to perfection, through caramelised breast of Gressingham duck to chocolate and hazelnut ice cream, I have rarely had a meal where every single thing I ate was fabulous. And they’d even noted my mentioning it was Tony’s birthday on booking; they brought him a very sparkly, heart-shaped birthday surprise at the end. Highly, highly recommended. 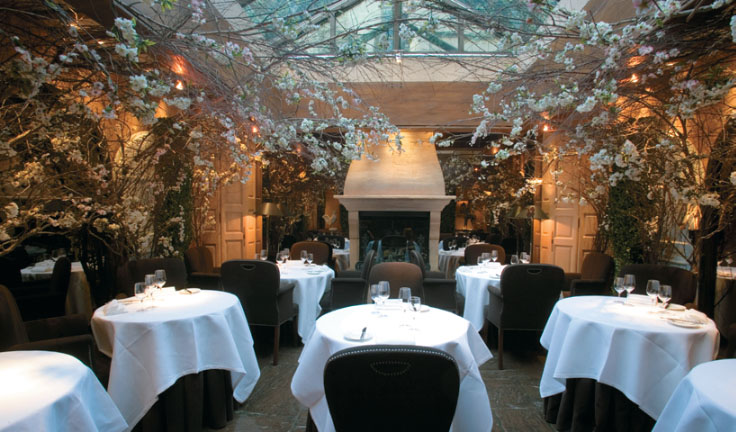 The conservatory at Clos Maggiore gets ready for dinner.
CLOS MAGGIORE[/caption]