What you need to know about Francis Walsingham, Elizabethan spymaster 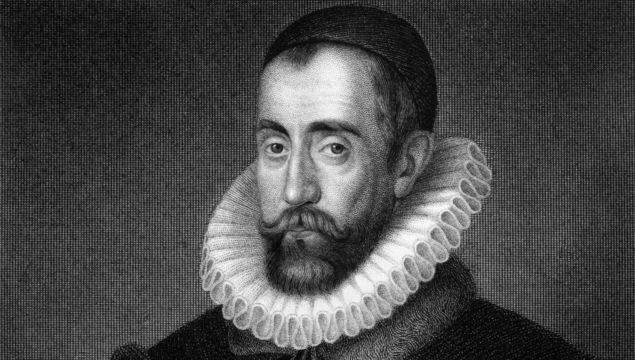 Meet the man who ordered the execution of Mary Queen of Scots while working as a spymaster for Queen Elizabeth I - Francis Walsingham.

Throughout Elizabeth, I's reign England was in constant danger, both from external and internal threats. Spain and France looked north and regarded the country as heretical and a potential enemy to their expanding empires. At home, the supporters of Mary Tudor, the late Queen, looked to another Mary, the Queen of Scots, as a Catholic heir to replace the Protestant Elizabeth. In times of crisis, a government needs good, accurate and reliable intelligence. That came from one man, Francis Walsingham, Elizabeth's spymaster.

Walsingham was the only son of William Walsingham of Footscray in Kent, by his wife Joyce, daughter of Sir Edmund Denny. William died the year following Francis' birth and his mother married Sir John Carey, a distant relation by marriage of Anne Boleyn's family. Francis went to King's College, Cambridge, in 1548, but left two years later having failed to take his degree. 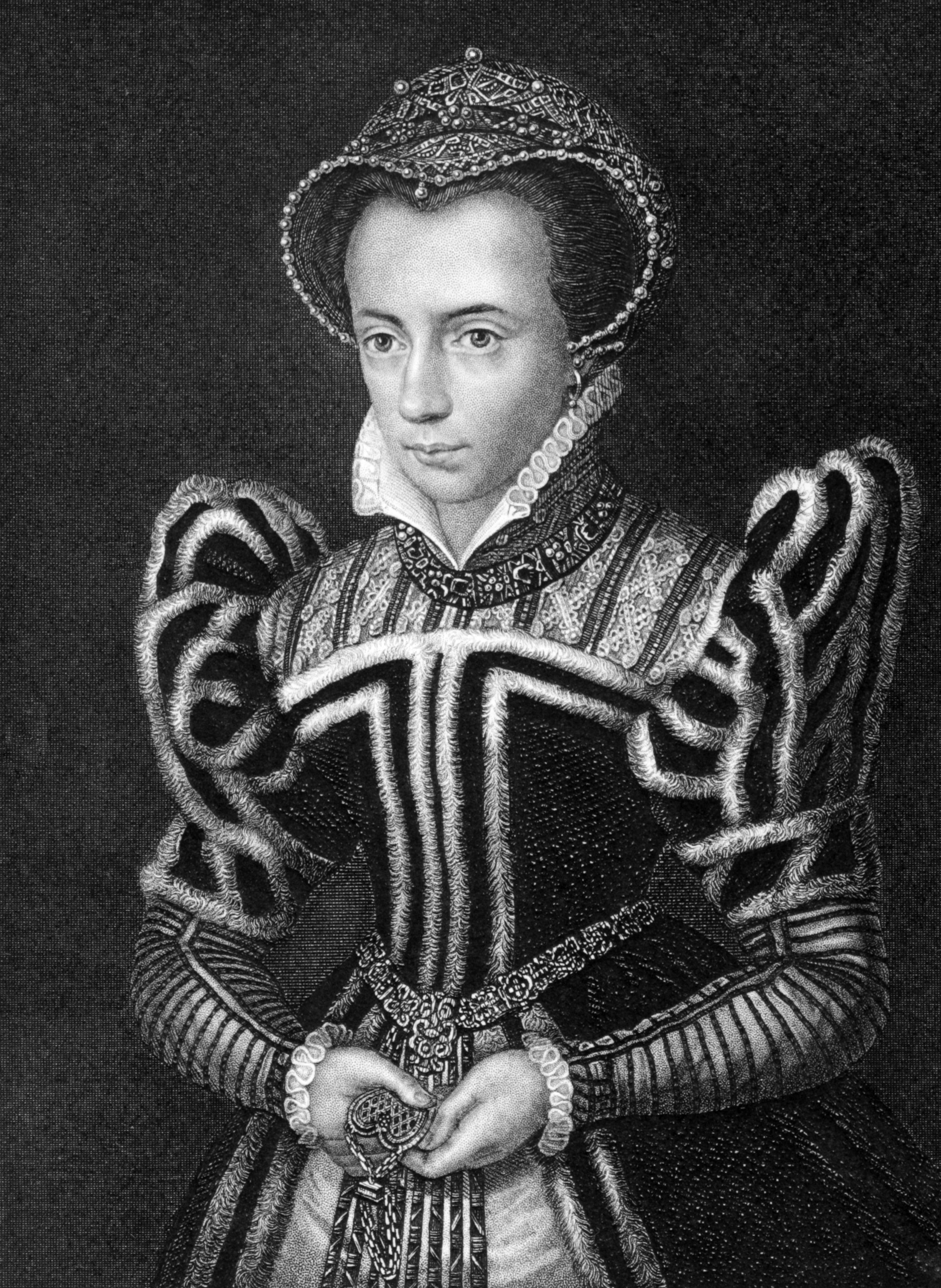 Mary I of England

From 1550 to 1552 he traveled abroad and succeeded in becoming fluent in both French and Italian. Soon after he returned to England, Mary Tudor ascended the throne and Francis found himself on the wrong side of the religious tracks. Fearing arrest for his outspoken Protestant views, he decided it prudent to return abroad. His mother's family were strong Protestants and most of his tutors at Cambridge were of the same denomination, so he was a natural target for Mary and an equally natural supporter of her sister, Elizabeth. He is even thought to have been involved in a minor way in the anti-Catholic plots of John Dudley, Duke of Northumberland, to place Lady Jane Grey on the throne.

Over the next nine years, he traveled extensively in Italy and central Europe, studying law and politics. The methods he learned at the various Italian Courts served him well in the years to come.

By 1560, with Elizabeth as Queen, he was back in England and in 1562 was returned as Member of Parliament for Lyme Regis. That same year he married a widow, Ann Carteill but she died two years later, leaving him without children. In 1566 he married the widow of Sir Richard Worsley and by her, he had a daughter, Frances. She later married Sir Philip Sydney and, after his death, Robert Devereux, 2nd Earl of Essex.

At the age of 36, Francis came to the attention of Elizabeth's first minister, William Cecil, who offered him a position at Court. He took charge of the small network of secret agents Cecil had established and so started 22 years of loyal, unswerving service to the Queen. Elizabeth nicknamed him her 'Moor' because of his swarthy complexion and habitual black clothing. She was occasionally his guest at his home in Surrey and although they did not always agree on policy, she trusted him implicitly. 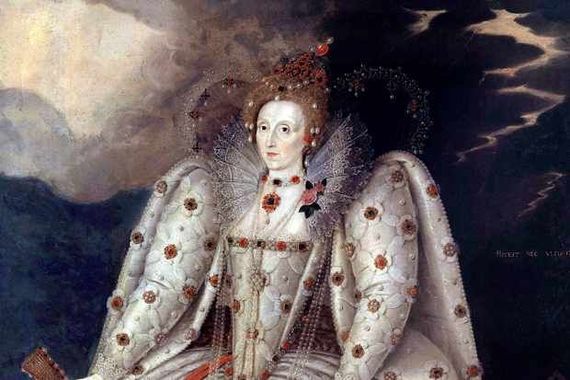 In 1570 Cecil sent him as ambassador to Paris where he was involved with the negotiations for several treaties. He was in the city when the Huguenots were murdered in the Massacre of St. Bartholomew on 24th August 1572, which reinforced his hatred of foreign Catholic regimes. He was recalled from Paris in 1573 and appointed Secretary of State, a post he held until his death. The modern-day equivalent would be Foreign Secretary and head of MI5 and 6. He was the Elizabethan M. Walsingham's two great hates were Spain and Mary, Queen of Scots; Spain as a threat to his country and Mary as a threat to his Queen. He was convinced that England could only be safe with the complete defeat of Spain and the removal of Mary.

To this end he expanded the network of spies to more than 50 agents, many of them paid out of his own pocket. He soon had agents in the courts of France, Spain, the Low Countries, Germany, the United Provinces, and even Turkey. He was like a black spider at the center of a great web. Elizabeth was reluctant to move against her cousin, but Walsingham had no such qualms.

Late in 1585 a trainee priest named Gilbert Gifford was intercepted coming from France through the port of Rye. He was taken to Walsingham who learned that Gifford was to act as a messenger between Mary and her supporters on the Continent. Walsingham turned Gifford and persuaded him to work for the Government. He was to tell Mary that a system for smuggling letters and papers between her and Europe had been set up. In fact, the spymaster himself constructed this route so that all correspondence passed through his hands before it crossed the Channel. Walsingham's secretary, Thomas Phelipps, was an expert code breaker so all Mary's communications were monitored.

In May 1586 Mary sent two letters, one to the Spanish ambassador, Mendoza, giving her support to an invasion of England. The other was to a supporter, Charles Paget, asking him to remind Phillip of Spain of the urgency for invasion. Both passed through Walsingham's hands. The following month Sir Anthony Babington and a Catholic priest, John Ballard, were heard discussing the proposed Spanish invasion and the plot to murder Elizabeth.

All this evidence still did not implicate Mary directly in a plot against Elizabeth. On 17th July Walsingham received what he had been waiting for - a letter, in reply to one from Babington, written by Mary and giving her approval to the plot to murder the Queen. Walsingham moved quickly. Ballard and Babington were arrested and placed in the Tower of London. Others implicated in the plot were rapidly placed under lock and key. On 13th September the conspirators were tried and condemned and a week later Babington, Ballard, and five others were dragged on hurdles to St. Giles Field, Holborn, where, in front of a large crowd, they were hanged, drawn, and quartered. 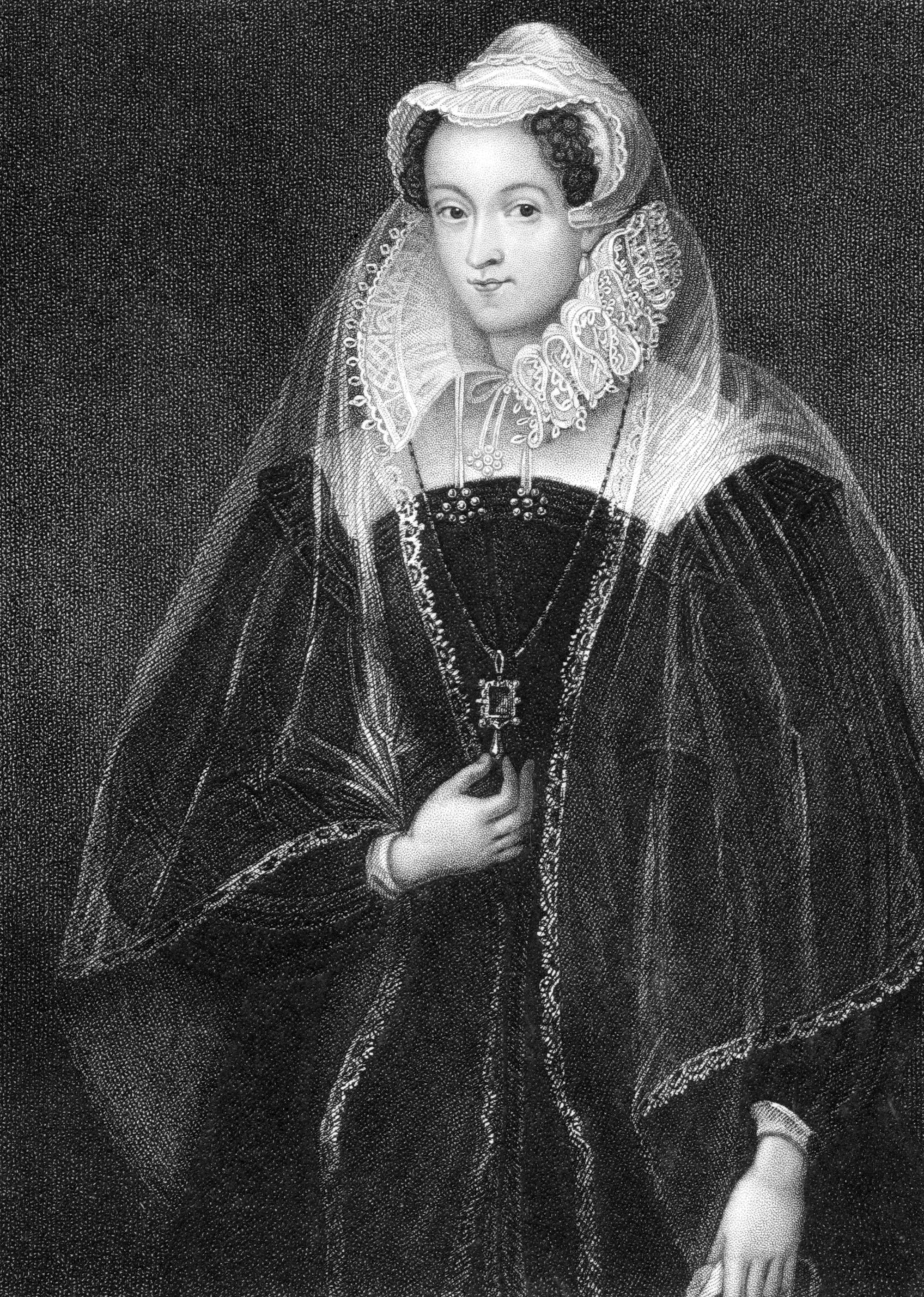 Despite Walsingham's proof, Elizabeth was still reluctant to take action against Mary. In October both Houses of Parliament demanded Mary's head but Elizabeth would not sign. She even pleaded that some way be found to deal with Mary without the need for execution. Both Cecil, by now Lord Burghley, and Walsingham were determined that this should not happen. Together, with the support of the Council of State, they brought constant pressure on the Queen until she eventually signed the warrant on 1st February 1587. Her intention seems to have been to hold the signed warrant as a threat against Mary, but Walsingham would have none of it. At 8 o'clock on the morning of Wednesday, 8th February 1587 Mary, Queen of Scots, was executed in the Great Hall of Fotheringhay Castle. On Walsingham's orders the body was stripped of all clothing - which was burned so that no relic survived - and encased in lead.

Walsingham turns his attention towards Spain

When told of the execution, Elizabeth was furious. Both Walsingham and Cecil were in extreme danger from their monarch's temper. She refused to see them and, for a while, Cecil dared not go to Court.

Walsingham, meanwhile, was hard at work preparing for the inevitable invasion by Spain; an invasion that through the skill of English seamen and the luck of the weather, never came. Cecil acknowledged the debt England owed this worker behind the scenes when he said, 'you have fought more with your pen than many here in our English navy with their enemies.'

Elizabeth was notoriously sparing with honors for her public servants. Only one, William Cecil, received a peerage. Francis Walsingham was knighted in 1577 and he received the honourary appointments of Chancellor of the Order of the Garter and Chancellor of the Duchy of Lancaster.

When he died on 6th April 1590, the news was carried to Philip II of Spain via a letter from one of his agents in England. The agent wrote: 'Secretary Walsingham has just expired, at which there is much sorrow.' Philip commented in the margin of the letter: "There, yes. But it is good news here."