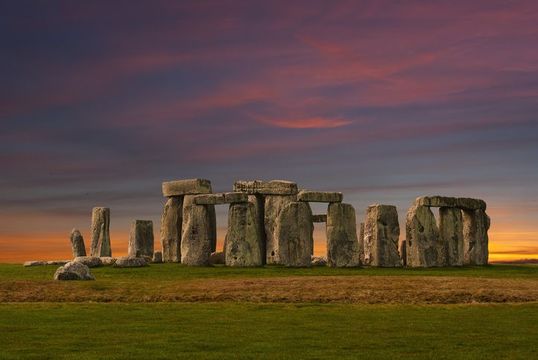 One of the most studied and hotly debated prehistoric monuments in the world, you might have thought that Stonehenge on Wiltshire’s Salisbury Plain would have few more physical secrets to yield. Exciting new discoveries cast fresh light on the world’s most famous henge.

Changing how we view Stonehenge

The discoveries of the unprecedented virtual excavation overturn the long-held view that the Stonehenge monument was an exclusive site accessible only to high priests, tribal leaders or people of special social status. Instead, archaeologists now think the whole area was teeming with activity, with the famed stone circle center stage.

“This is going to change how we view Stonehenge,” said Professor Vincent Gaffney, co-director of the project that is led by the University of Birmingham and the Ludwig Boltzmann Institute for Archaeological Prospection and Virtual Archaeology, Vienna.

“Most research to date has been concentrated on the monuments you can see, and the tendency was to believe that there was effectively a cordon sanitaire around Stonehenge. The bits in between the visible monuments, effectively the majority of the landscape, have been essentially terra incognita. By using magnetometry and a whole raft of other modern technologies to get this information together we are starting to have a pretty radically different approach to the landscape.” 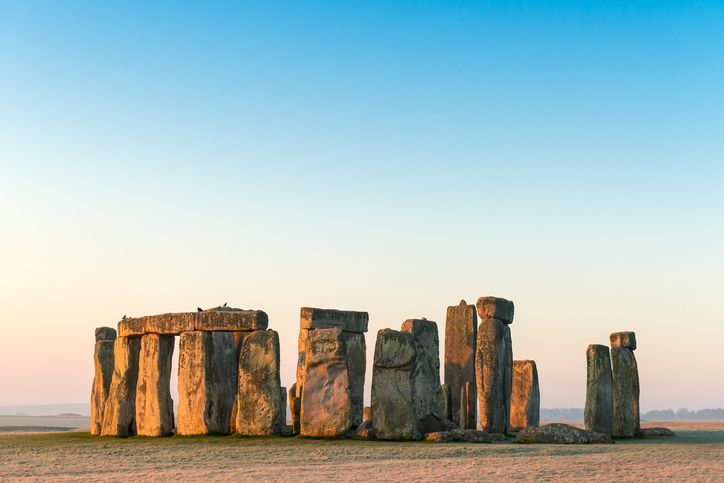 What has been found?

Headline finds have included no fewer than 17 previously unknown ritual monuments dating to the period when Stonehenge achieved its iconic shape; evidence of a vast timber building thought to have been a “House of the Dead” predating the stones; and massive pits that appear to form astronomical alignments.

New information on hundreds of burial mounds and later activity in the landscape has also been placed on a single digital map to be analyzed and interpreted.

Much ink has been spilled on the breathtaking engineering feats to create Stonehenge, and even before the unique lintelled stone circle was erected in the late Neolithic period the surrounding area was a focal point of human endeavour.

Pits that seem to have held large pine posts date from the Mesolithic period, 8,500–7,000 b.c. An early Neolithic monument complex developed in the centuries following 3,500 b.c. includes long barrows, a causewayed enclosure known as Robin Hood’s Ball, and two rectangular earthworks or “cursus” monuments that could have functioned as processional routes.

The history of Stonehenge

Stonehenge itself, at the heart of today’s World Heritage Site, was built in several stages, beginning as a large circular earthwork bank and ditch circa 3,000 b.c. Remains of cremations within and around pits found here suggest as many as 150 individuals were buried at Stonehenge, making it the largest late Neolithic cemetery in the British Isles.

The iconic giant stones—bluestones weighing between two and five tons manhandled 155 miles from the Preseli Hills in South Wales and sarsens weighing 25 tons brought from the Marlborough Downs 20 miles away—were arranged (and then re-arranged) in crescent, circle and horseshoe formations from circa 2,500 b.c. The earthwork Avenue connected Stonehenge with the River Avon.

As to its purpose? Wizardry and druids aside, popular modern belief favors the idea that Stonehenge was some sort of temple aligned with movements of the sun.

There are plenty of latterday worshippers who gather twice a year to add their spin to this—at midsummer, when the sun rises over the horizon to the northeast, close to the Heel Stone just outside the entrance to Stonehenge; at midwinter, when the sun sets in the south-west, in the gap between the two tallest trilithons (one of which has now fallen). 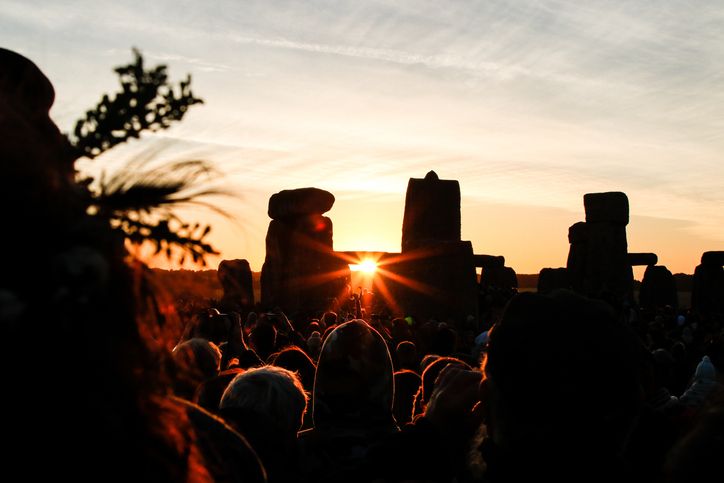 Another significant find that fascinates Gaffney are two enormous pits inside the two-mile-long Greater Cursus north of Stonehenge. When viewed from the Heel Stone, the eastern pit aligns with midsummer sunrise and the western one with midsummer sunset.

“The pits are vast, five metres by at least one metre deep, and while it’s possible the solar alignments are coincidence, it’s unlikely,” Gaffney said. “If the pits are contemporary with the Cursus, which is held to be earlier than Stonehenge, it tells us that the area of Stonehenge is coming to the fore at this point.

They tie together the area of Stonehenge and the Cursus. It demonstrates why you have to look at such a large area to understand Stonehenge itself.”

A third highlight has been the discovery, beneath an earthen mound, of evidence of a 108-foot-long timber building with a narrow entrance and internal chambers. It is believed to be some 6,000 years old—pre-dating the stone circle. Based on an understanding of similar structures elsewhere, it was probably used for burial rituals that included exposure and excarnation (defleshing).

Elsewhere, new levels of information on Bronze Age, Iron Age and Roman settlements and fields have been mapped, building a palimpsest through time and space. “There is so much data that it will take at least a year to go through it,” Gaffney said. “We are talking about 11,000 years of traditional archaeology here; there is going to be a lot of stuff coming out.”

So what is Gaffney’s view on the golden question, why Stonehenge existed and why it was sited here? “All you can say is that something once happened here in the deep past, and once it had, it was reinforced and became more important over a larger area, pulling in more and more people from great distances,” he avers. “That is how ritual works, through repeated actions.

“The stones didn’t have one single purpose. A monument or area that has importance from 9,000 b.c. through to every solstice today must change its significance, which was different for hunter-gatherers here than for farming society 4,000 years later, and certainly for people today.

Monuments have lives of their own and their significance changes over the huge amount of time that they are built and re-built.” 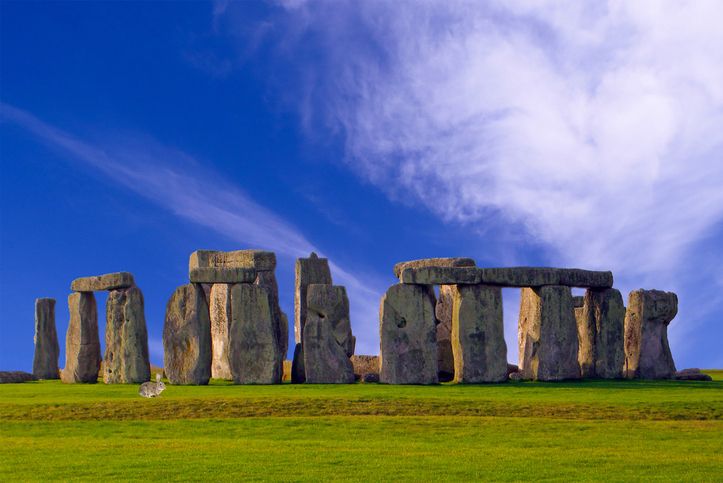 Stonehenge On Field Against Blue Sky

Stonehenge is 9.5 miles from Salisbury. A public Stonehenge Tour Bus departs from Salisbury rail and bus station; tickets include tour and access to the visitor center featuring nearly 300 prehistoric artifacts from jewelry to tools excavated inside the World Heritage Site.

There’s a car park for drivers besides the visitor center, just off the A360 at Airman’s Corner, and a visitor shuttle service to the stones.

Pre-booking to visit Stonehenge is advised and during normal day visits, you can wander around but not among the stones. Stone circle access is possible early in the morning or late in the evening and pre-booking is essential—download a form from the website, www.english-heritage.org.uk.