Who were the Druids? A history of Druidism in Britain 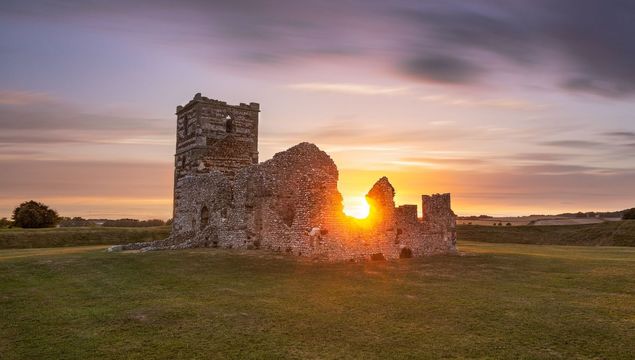 Our knowledge of Druidism is often full of misconceptions, here's everything you need to know about the history of Druidism and Druids in Britain.

Although it has become commonplace to associate England's most famous stone circle, Stonehenge, with the mysterious ancient order known as the Druids, in truth, the two have little or no historical connection. This fallacy is just one of many misconceptions about Druids that has carried over into the modern age.

Druidism, in fact, traces its origins to ancient Wales, where the order began long before the advent of written history. Druids were the priests of the early Celtic religion, on the top rung of the three-tiered Celtic society consisting of serfs, warriors, and learned men. But in addition to their religious function, Druids also performed the roles of judge, doctor, and scholar. They were educated through a long and grueling process of rote memorization. Druidic law forbade its followers to write down any of the religious teachings, a rule that has unfortunately prevented us from having firsthand knowledge of their Celtic religion.

What historical records we do have of the Druids come to us from non-objective sources: Posidonius, a Greek writer who supposedly visited Gaul in the second century BC; Julius Caesar, who recorded his observations about the Druids in his account of the Gallic War, written after the Roman invasion of the British Isles; and the Roman writer Tacitus whose Annals of Imperial Rome and Germanica were written after the consolidation of Britain. In these records, the writers all remark upon the Druids' extensive knowledge, particularly in the fields of mathematics, astronomy, and physics.

The religious practices of Druids

But in addition to their learning, early historians also took note of what they considered to be the Druids' barbaric religious practices. In particular, they were appalled by the use of human sacrifice. The Romans reported that victims were tied to wicker effigies and burned alive, a report substantiated by archaeological remains. Further evidence has been found of 'triple deaths' where a victim was simultaneously stoned, drowned, and impaled on a spear.

Celtic religion did involve elements of ritual sacrifice, but Druids (and Celts in general) did not conceive of death the way in which we do today.

As Caesar comments: 'The cardinal doctrine which they seek to teach is that souls do not die, but after death pass from one to another. . . the fear of death is cast aside." Often, sacrifice involved a spiritual trade of sorts, sacrificing a less prominent member of society so that someone more important might survive.

Caesar wrote: "The whole nation of the Gauls is greatly devoted to ritual observances and for that reason those who are smitten with the more grievous maladies and who are engaged in the peril of battle either sacrifice human victims or vow to do so, employing the druids as ministers for such sacrifice. They believe in effect, that, unless a man's life be paid, the majesty of the immortal gods may not be appeased."

These accounts were, no doubt, coloured by the Romans' personal biases. Caesar, in particular, was trying to garner support for his campaign from his audience at home, a task made easier by painting a barbaric picture of the Druids. Barbaric, to a Roman audience who flocked to see equally gruesome deaths at the hands of the gladiators. Nevertheless, both Roman and Greek historians did record the Druids' highly organized legal and educational systems and seemed to revere their mathematical and scientific knowledge. Both sources considered the Druids to be 'noble savages', a highly learned but religiously primitive people who worshipped a pantheon of gods.

The Massacre of the Druids

After Emperor Claudius declared Druidic practices illegal in AD 54, the Druids' future in Roman Britain became increasingly uncertain. In AD 61, the Romans planned a massacre of the defiant Druids at Anglesey, the centre of their culture, and their last stronghold in consolidated Britain. As the Roman soldiers waited for the tide to recede so they could cross the Menai strait that separates Anglesey from the mainland, the Druids held their position by lining up along the opposite shore and, as Tacitus reports in his Annals, 'raising their hands to heaven and screaming dreadful curses.' But curses were not enough. The Roman soldiers crossed the strait and conquered the island, destroying both the Druids and the sacred groves of their religion.

Following this defeat, the Druidic culture never again flourished as it did in these early days. Pockets of it persisted in Ireland, however, and forward-thinking monks in both Ireland and Wales preserved some Druidic traditions. Much of what was known about Druids continued to exist solely in the oral tradition until the Medieval period when it was transcribed and edited by Christian monks. Although these records come filtered through a biased source, these manuscripts have passed on much of what we know today about the Druids of ancient Britain. In Ireland, these myths exist in four chief cycles: the Ulster Cycle, the Fionn Cycle, the Invasion Races, and the Cycle of Kings. In Wales, the primary source of Druidic information, and indeed the very cornerstone of Welsh literary tradition, exists in The Mabinogion, a collection of myths and tales transcribed in the 11th century.

The interest in Druidism

In the early 18th century, interest in Druidism underwent a revival, primarily as a result of the less-than-noble efforts of one man, Edward Williams, or, Iolo Morganwyg as he was known, who claimed to have discovered an ancient Welsh book of Druidic knowledge. This book, called The Barddas was later revealed to be a forgery. Morgannwg made up most of what was contained within, including the ceremony of Gorsedd Beirdd Ynys Prydain, or, The Assembly of Bards on the Isle of Britain. Morgannwg held the first Gorsedd ceremony in 1792 on London's Primrose Hill.

A similar type of ceremony, incorporating elements of ancient Druidic ritual, had been taking place in Wales for hundreds of years prior to Morganwyg's event. The Eisteddfod, an annual celebratory gathering of Welsh bards, dates back to the 15th century. By the 1700s, however, interest was waning and enthusiasm for the event was low. In 1858, however, Morganwyg's Gorsedd ceremonies, although wholly fictitious, were incorporated into the Eisteddfod, and gave it a new life.

It was during this period of Romantic Revival that most of the misconceptions about Druidism took root. The most common, linking Druids with Stonehenge, is clearly a fallacy. Recent archaeological findings date Stonehenge to more than 2,000 years before the rise of Druidism. Although Druids did use stone circles and astronomical calculations in their spiritual practices, no such monuments of their making have survived.

Modern-day Druids, however, have latched on to the connection, and often hold solstice celebrations at Stonehenge. (Unlike their ancient predecessors, no human sacrifice is involved.) Indeed, Druidism is alive and well today and enjoying a late 20th-century revival of sorts. The Eisteddfod still celebrated annually in Wales, is held during the first week of August each year. Although the modern ceremony has veered more towards the cultural, rather than religious, celebration, the Eisteddfod remains true to its Druidic roots.

But just as the sacrificial rituals of the ancient Druids created controversy in ancient times, so today modern Druids find themselves at the centre of the debate. This controversy comes to a head around the 21st of June each year when modern Druids converge upon what is undoubtedly one of the most-visited tourist attractions in all of Britain to commemorate the summer solstice. English Heritage and The National Trust, who jointly manage the property are usually less than welcoming to these annual uninvited guests. Stonehenge, which stood before even the original Druids may have gathered among its mysterious stones somehow puts the controversy into perspective."