Everything you need to know about Margaret Thatcher 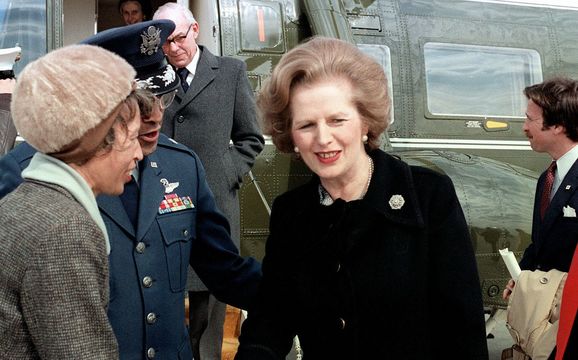 What you need to know about Britain's former prime minister Margaret Thatcher, nicknamed "The Iron Lady".

Margaret Thatcher is one of Great Britain's most recognizable politicians, but what do you really know about her except she was once nicknamed The Iron Lady? Here's everything you need to know about the late prime minister.

Margaret Thatcher was Great Britain's first female prime minister, serving three consecutive terms in office 1979–1990. Her economic and social policies evolved into a political philosophy known as Thatcherism, similar to Reaganomics in the United States, and part of a world-wide neoliberal movement in the 1980s. She was dubbed the Iron Lady by a Soviet newspaper following a speech she gave in 1976 - a nickname that she proudly claimed. 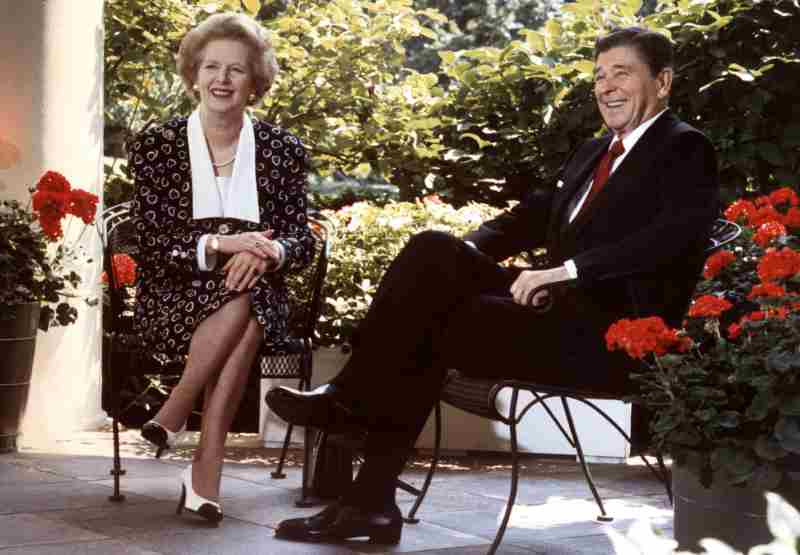 Margaret Hilda Roberts was born on October 13, 1925, to Alfred and Beatrice Roberts in the market town of Grantham, Lincolnshire, England. Her parents ran a grocery business and lived in an apartment above the shop. They were Methodists who were very involved in the local congregation, raising Margaret and her older sister Muriel in an atmosphere that emphasized self-help, charity, and personal truthfulness. Alfred Roberts was a local councilor in Grantham and a Conservative, and the family would often discuss current political issues.

Margaret attended a local state school and won a place at Somerville College, Oxford, where she studied chemistry from 1943 to 1947. She was elected president of the student Conservative Association at Oxford in 1946 and met many prominent politicians. Her final year, she studied x-ray crystallography with Dorothy Hodgkin, who won a Nobel Prize in chemistry in 1964.

After obtaining her degree, Margaret became a research chemist at BX Plastics near Colchester. She was still highly involved in politics, and in the 1950 and 1951 General Elections, she ran as the Conservative candidate for Dartford. Although she lost both times, she received national publicity as the youngest female candidate in the country. She also met her husband, Denis Thatcher, in Dartford. He was a local businessman and oil industry executive. After their marriage, Thatcher was able to resign her position at BX Plastics and become a lawyer specializing in taxation. On August 15, 1953, she gave birth to twins Mark and Carol and six months later passed the bar exam.

In 1959, Thatcher was elected as Member of Parliament for Finchley. By 1961, she was given a junior office in the administration of Harold Macmillan, Prime Minister from January 1957 to October 1963. When the Conservatives were in Opposition from 1964-1970, Thatcher served continuously in various shadow cabinet positions and was appointed Education Secretary when Edward Heath became Prime Minister in 1970. The Heath government was elected on promises of economic revival that would be spurred by introducing more free-market policies and taming the trade unions but became one of the most interventionist governments in British history. Thatcher herself faced a difficult job as Education Secretary at the height of student radicalism, with protesters disrupting her speeches, harsh criticism in the opposition press for not being liberal enough, and criticism from Conservatives for veering too far to the left.

When the Heath Government lost a second General Election in October 1974, Thatcher decided to run against Heath for the leadership of the Conservative Party and won in February 1975, becoming the first woman to lead a Western political party and to be the Leader of the Opposition in the House of Commons. The economic difficulties experienced by the United Kingdom under the Labour government - requiring credit from the International Monetary Fund in 1976 and causing extensive trade union strikes over pay demands in the winter of 1978–1979 swung public opinion back to the favor of the Conservatives. In the General Election of May 1979, Margaret Thatcher became Prime Minister of the United Kingdom.

The Thatcher government had pledged to turn Britain's economic decline around, mainly by increasing taxes and balancing the budget. By the spring of 1981, recovery had begun, followed by eight years of steady growth. Thatcher demonstrated her confidence, determination, and decisiveness again during the Falklands War—on April 2, 1982, Argentina invaded the British-held Falkland Islands and South Georgia Island. Although she first pursued a diplomatic resolution, a British military task force was on-hand when that effort failed. The Falklands were back under British control in 74 days, with Argentina surrendering on June 14, 1982.

The Conservative government was reelected in June 1983 with its Parliamentary majority more than tripled to 144 seats. The government faced as many challenges as it had during its first term. The labor movement resisted the government's trade union reforms, with the miners' union going on a violent, year-long strike beginning in 1984. The union was eventually defeated, and the Labour Opposition quietly accepted the success of the trade union legislation, pledging not to reverse key components. 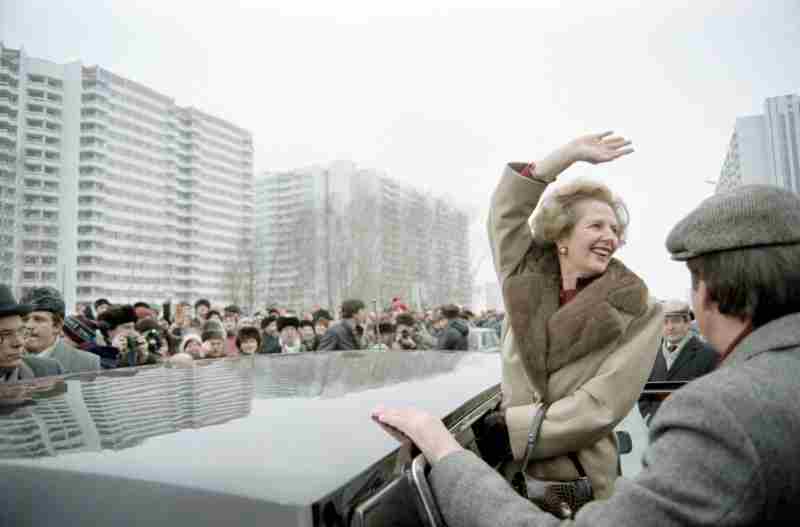 Margaret Thatcher and the IRA

In October 1984, the Irish Republican Army bombed the hotel Thatcher and many of her cabinet were staying in during the Conservative Party annual conference. She had refused to meet their political demands, particularly during the 1980-1981 prison hunger strikes. Thatcher was unhurt although several colleagues were among the dead and injured, and she appeared the next morning, defiant and undeterred from continuing with the conference. In 1985, she signed the Anglo-Irish Agreement with Irish Prime Minister Garret FitzGerald. The treaty established the Anglo-Irish Intergovernmental Conference, which gave the Irish government an advisory role in Northern Ireland's government and confirmed Northern Ireland's constitutional position. Although the agreement did not immediately end violence in Northern Ireland, it was crucial in the peace process by improving cooperation between the British and Irish governments.

Thatcher's policies continued to help the economy improve. In the mid-1980s, the government began to privatize state assets by offering shares to the public and providing generous terms to small investors. It also encouraged people to buy their own homes, invest in private pensions, and save through the stock market.

Divisions in the Conservative party became more apparent in the mid to late 1980s. The Westland Affair, a 1986 political scandal involving the buyout of financially troubled British helicopter manufacturer Westland, resulted in the resignation of two of Thatcher's cabinet members. Thatcher was also heavily criticized for allowing US warplanes to fly from British bases to attack targets in Libya. Undaunted by the criticism, Thatcher intimated plans for additional reforms during the Conservative Party's annual conference in October 1986 and, thanks to her economic policies that resulted in a strong British economy, the Conservative Party prevailed again in the General Election in June 1987.

Thatcher's third term in office was marked by reforms to the education system, National Health Service, and the local government tax system or poll tax, as it became known. At the same time, the end of the Cold War revived the project for a single European currency and long-standing divisions in the Conservative Party over this issue gave rise to a challenge to Thatcher's leadership. In the ballot that followed, she won but by an insufficient margin and resigned as Prime Minister on November 28, 1990, choosing John Major as her successor.

She continued to be an active political figure, setting up the Margaret Thatcher Foundation to continue promoting her ideas, going on lecture tours, writing two memoirs and a book on international politics (Statecraft), and intervening in both domestic and international affairs. On June 30, 1992, she was elevated to the House of Lords to become Baroness Thatcher of Kesteven.