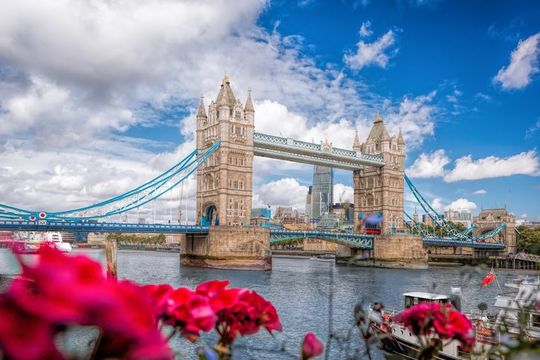 “Believe me, my young friend” says Ratty in Kenneth Grahame’s 1908 classic The Wind in the Willows, “there is nothing—absolutely nothing—half so much worth doing as simply messing about in boats.''

From lazy afternoons picnicking beside the river, or surfing the tidal wave that courses along the Bristol Channel, to chugging along a canal at walking pace, the waterways of Britain are today busier than ever before with “people messing about in boats.”

Yet somehow they seem empty and timeless, apparently forgotten by the modern world rushing by just yards away.

Read more: What to do in the Lake District

For thousands of years, Britain’s rivers were its lifelines. Roads barely existed and everything moved by boat. A glance at British place names of the country shows how much a part of life the waterways were.

All the major cities grew along the banks of rivers where traders could land their wares. Some villages were completely surrounded by water, offering protection from raiders and a base for resistance against Roman, Saxon and Viking invaders. The isles of Rutland, Axholm and Ely survive; others were joined to the rest of the country when the waters were drained—remembered now only by names such as Isleworth and Islington. 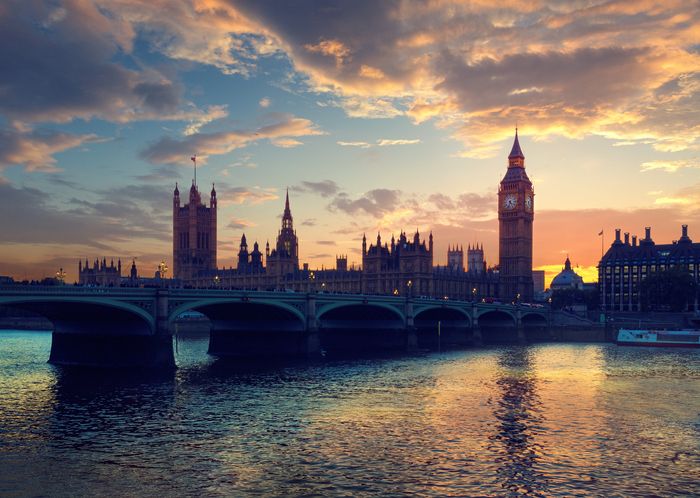 Of all Britain’s waterways, though, one symbolizes the country like no other. Legend has it that scouts of Caesar’s legions waylaid a passing native near what in time would become the city of London.

Pointing to a wide, slow-moving body of water in the distance, the scouts asked what it was. Puzzled at the stupidity of tourists, the native replied in his own language “tames” (“it’s a river”) and watched as the scouts rode off to report having found the River Tames.

The Tames it remained until the 17th century, when an “h” was added to give it a more classical feel.

The Thames most often seen by visitors to Britain is that stretch of water which runs through central London, the boundary that separates “the city” from “south of the river.” It’s a dingy old river by the time it reaches London and barely gets a second glance on most days.
The once-bustling port of London is reached through the Thames estuary.

Although sometimes bleak, the estuary is home to thriving colonies of wildlife, slowly returning after decades of pollution.

It hasn’t always been appreciated. In the first half of the 19th century, the Thames was a foul and putrid river, a dumping ground for the raw sewage of the towns along its banks and for London’s growing population. “Odors that speak aloud stalk over the face of the so-called ‘waters,’” wrote one observer as London fell victim to what would become known as the “Great Stink” of 1858.

A long, hot summer created a stench so foul that Parliament worked behind drapes soaked in chloride of lime, and the law courts considered evacuating to Oxford. Two years later, Prince Albert died from typhoid caused by the filthy drains of Windsor Castle, and London began to clean up the river.

As commercial river traffic switched to the railroads, the Thames increasingly became the preserve of fishermen, rowers and the fortunate few able to commute to the city from houses and villas along the riverbanks. 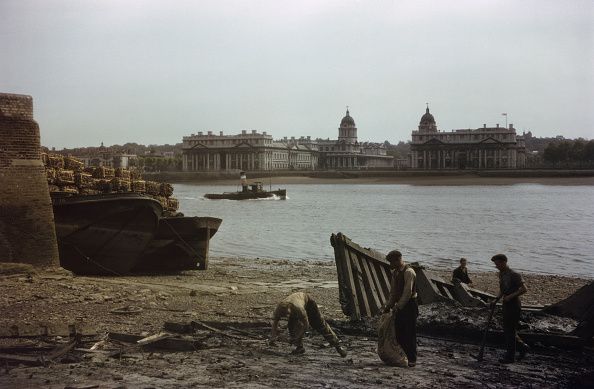 Not that kind of river

During weekends, those who could escape the city took to the water in rowing boats, steam launches, punts and sailboats. Up to 800 boats a day could pass through Boulter’s Lock, and by 1895 there were 400 steam launches operating on the river. Today, the steam launches have been replaced by huge plastic “gin palace” launches. The River Thames is not the place for speed or noise, however; it’s not that kind of a river.

Jerome K. Jerome was one of those who, after work on Saturday, would take the train to Richmond with friends and together spend the weekend exploring the river in a camping skiff. Their adventures eventually formed the basis for his Three Men in a Boat—perhaps the best-loved of all books about life on the Thames.

Skiffs, low wooden boats based on the design of the traditional Thames passenger boat known as a wherry, are stable and easy to handle, ideal craft for city folk. Camping skiffs are rare today but can still be found available for rent in Richmond boatyards for those paying homage to Jerome and his story of a bygone age that seems just beyond the next bend.

Richmond is the traditional starting point for journeys along the Thames. Below Teddington Lock, the river is tidal and filled with commercial traffic and no place for a small boat.

Instead, boaters head upstream to the royal borough of Kingston—the ancient town that was known as Kyningestun, where Anglo-Saxon kings were crowned for generations and which marks the start of the journey into England’s heartland. Already the river begins to take on a new character.

Read more: Wimbledon: Come for the tennis, stay for the rest

By now, the Thames has become a leaf-lined waterway with hundreds of quiet hideaways. Wildlife abounds and all around are ducks, grebes and swans, gracefully drifting with the current. Since the days of Richard I, all swans have been royal property.

In the Middle Ages, when the king wanted to show his gratitude for the financial help given him by London’s trade guilds, he gave them the honor of keeping swans on the Thames, and two guilds—the vintners and the dyers—still exercise that right.

Every year, the ceremony of “swan upping” takes place when the queen’s official Swan Keeper sets off in a royal barge from London Bridge and travels upstream, gathering the birds and marking them with the royal seal as a census of bird numbers. No swan can be hunted or trapped, and it remains illegal for a commoner to eat one.

The countryside turns into the kind of scenery usually only seen on the lids of chocolate boxes—the twee, genteel England that Hollywood tries hard to capture. Cottages with flower-filled gardens line the river, and old pubs, wearing their history like a suit, offer a home from home. Beneath the surface, lies another, very different story. 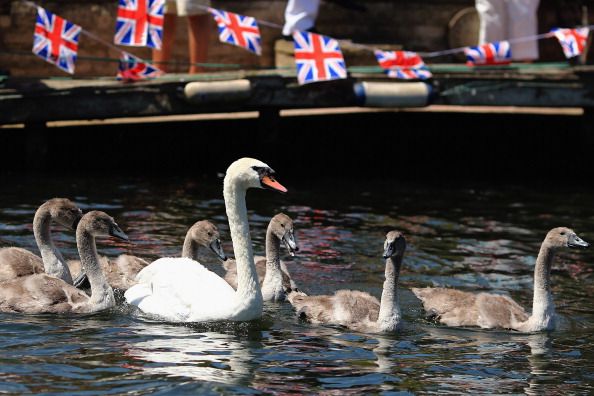 Swans on the Thames

End of the River

Beyond Oxford, the river gradually narrows as it takes boats upstream to Cirencester and beyond. About 216 miles from London, the Thames shrinks to a stream and, eventually, in a field near the village of Kemble, it fades to a trickle and then to a ring of white stones that mark the birthplace of old father Thames.

Sitting there on a summer’s day surrounded by the sound of birds and the breeze across the grass, looking out over the English countryside, you are truly in the heart of England.

Even if you don’t have the time to travel all the way upriver, even a short journey brings you in touch with the country and its spirit. The river has flowed on through war, peace, famine and feast—ever moving yet somehow always still.

In a busy world, there are few greater unchanging pleasures than that recalled a century ago as Jerome sat with friends at the end of a day’s rowing, listening “while, in the pauses of our talk, the river, playing around the boat, prattles strange old tales and secrets, sings low the old child’s songs that it has sung so many thousand years.”

Read more: Royal Christening photos from over the years 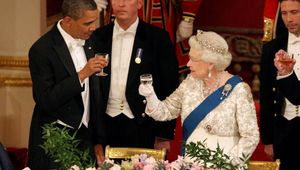 Queen Elizabeth has met every American president since becoming Que...

Queen Elizabeth has met every American president since becoming Que...