Potteries of Staffordshire and Josiah Wedgwood 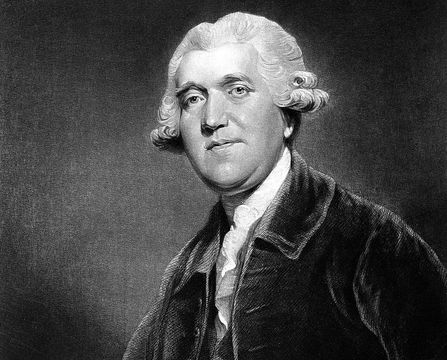 Few today would think of pottery making as a revolutionary enterprise, but the industry's origins are steeped in an entrepreneurial spirit.

Editor's note: July 12, 1730, marks the birthday of Josiah Wedgwood an English potter and entrepreneur. He founded the Wedgwood company.

Tables piled with ornate dishware usually remind one of old money and power, not the collapse of the ancient regime. However, like those famous engines of English industrialization -- textiles, coal, and iron -- the pottery trade was being transformed in the late 1700s from a loosely organized and lightly mechanized activity into a modern business. New forces were changing how ceramics were made and sold. As they did, Staffordshire, the Midlands and England itself learned to play their parts in a growing industrial empire.

Most potters merely scrambled to keep up, but a few moved with and sometimes ahead of the times. Josiah Spode, Thomas Minton, and, most important, Josiah Wedgwood were among them. His many artistic and business successes showed younger potters and nascent industrialists how to exploit the new markets, means of production, and sources of power that would characterize the coming age. 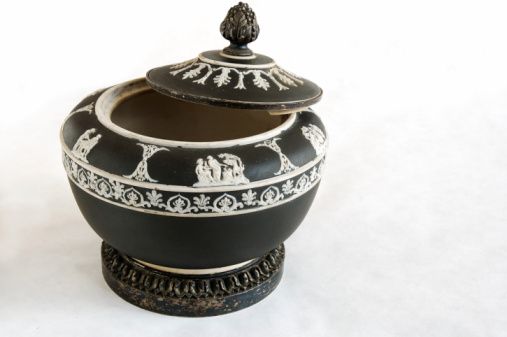 Wedgwood was born in 1730 into a family of struggling potters living in Burslem, the center of pottery making in North Staffordshire. In the early 20th century, Burslem merged with five nearby towns to become Stoke-on-Trent, a substantial city. During the mid-1700s, however, it was a hamlet of small potteries producing wares for English tables.

The West Midlands was uniquely suited for the task. It contained long-flame coal, necessary to fire ovens, and fireclays, from which pottery-making equipment and facilities could be constructed. Nearby counties provided lead, salt, and fine sand. More important, however, Staffordshire had clay, in variety and large quantities.

Most potteries in the early 1700s were small, family-based enterprises. Boys with parents of some means were apprenticed to learn the craft, with the hope that they would eventually become master potters who would specialize in one aspect of their art, usually throwing or firing. Youths who could not afford to become apprentices joined the larger ranks of unskilled or semi-skilled pottery workers performing a broad range of simpler duties.

Enjoying no patronage, English potters personally financed their experiments to create new or improved ceramic bodies and glazes, competing fiercely to gain an advantage in the domestic market. Although men like Wedgwood did not receive outside investments to underwrite their experiments or to pay fine artists to help with their designs, they did enjoy an advantage that would eventually help some of them compete against Continental producers: They had to focus intensely on the needs of an international marketplace, not those of a few patrons.

One characteristic of the international marketplace was a love of novelty. A new teapot design or colored glaze could earn a potter a handsome profit - until competing makers learned to copy it. Ceramics manufacturers were always looking for a competitive edge.

Wedgwood worked constantly to improve and diversify his wares. He experimented with clay bodies and glazes, keeping detailed notes of the kinds and quantities of substances he tried and their results. This scientific approach to pottery making eventually led him to develop the pyrometer to measure extremely high kiln temperatures. For this, he was elected a Fellow of the Royal Society.

Wedgwood's first great improvement to English pottery making was his perfection of 'creamware.' For some time, English potters had striven to produce a thin, hard-firing, light-colored earthenware that could be covered with a clear glaze. It would look almost as elegant as porcelain and would display transfer printing to great advantage. (This method of quickly and cheaply decorating ceramics had recently been invented by John Sadler of Sadler & Green.)

Wedgwood's creamware was an instant success, bought by the expanding middle class of Britain, its colonies, and the Continent. It also appealed to Queen Charlotte, who was so pleased with the tea service she ordered from Wedgwood that she allowed him to rename it Queen's Ware and to style himself 'Potter to Her Majesty.' 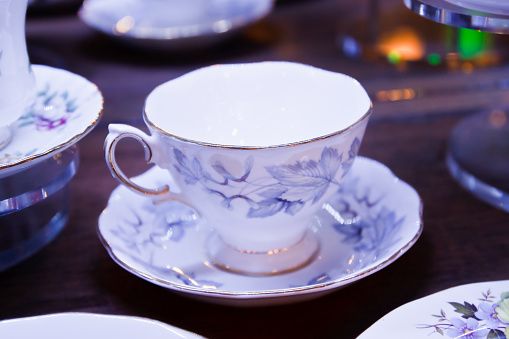 Creamware made Wedgwood rich and famous, but another of his accomplishments, the building of the Trent & Mersey Canal, benefited all of Staffordshire. Wedgwood raised subscriptions that helped to pay for the canal and garnered political support to ensure it ran through the potteries. Completed in 1777, the canal brought raw materials into the area and finished goods out. It reduced by 90 percent the cost of the coal that fired local furnaces and all but ended the breakage of goods, which had been high when wares were transported by packhorse on unpaved local roads.

Wedgwood was also quick to try machinery that would improve his wares or speed their production. Pioneering the use of engine-turning lathes and finely balanced throwing wheels, Wedgwood produced some of the finest ceramics in England. He also adopted new sources of power, such as windmills and steam engines. Power is necessary to grind the flints and mix the clays that compose ceramic bodies. In the 17th century, this work was done by water mills, but by the 1770s, many potters were also using wind power. Between 1782 and 1793, Josiah Wedgwood installed several of James Watt's rotative steam engines, making him an earlier user of the machine than the Lancashire cotton industry.

During the decades that followed, the Staffordshire potteries became increasingly mechanized. The owners, like most early English industrialists, followed Wedgwood's model: They started small, making incremental changes that required only modest outside financing, usually from family and friends and rarely from banks or other capital-raising institutions. Thus factories grew gradually and naturally, without guidance or interference from banks or the state.

The potteries expanded in size and complexity so that by 1785 Staffordshire's 200 pottery manufacturers employed 20,000 workers. Matthew Boulton -- a metalworker and highly successful producer of steam engines -- showed how to do so efficiently. In his factory of more than 600 workers, each well-disciplined employee performed a single task. Operations were smooth and highly profitable.

Wedgwood admired Boulton's factory and introduced its principles in his own establishment. By assigning each of his workers one activity in a given place, rather than allowing employees to go from spot to spot performing various functions, he increased productivity dramatically. Teaching an unskilled laborer one task was much easier than turning him or her into a master potter. Specialization also eliminated the time lost in moving between activities. Moreover, it promoted product uniformity and prevented workers from learning the secrets of his ceramic glazes and bodies and passing them on to competitors. 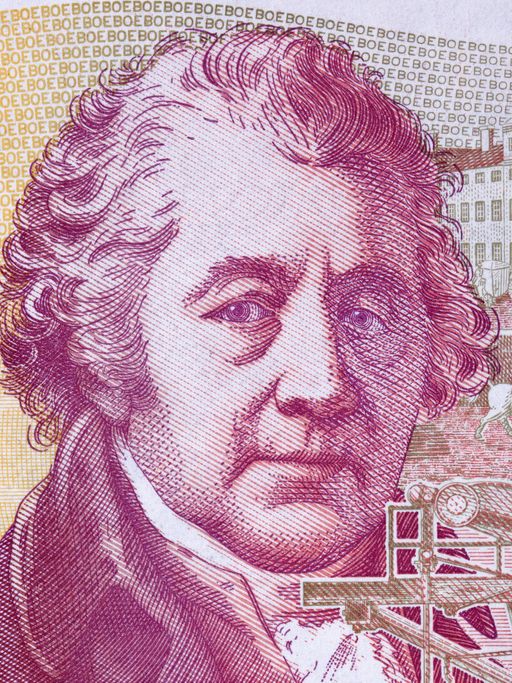 Another growing market for Staffordshire pottery was overseas. The union with Scotland, acquisition of the French portions of India and Canada, and the growing prosperity of America all increased the market for England's manufactured goods. By the 1760s, Americans were spending more than 3 (about $300) per capita on imported goods. They wanted elegant English products to signal their connection to the mother country and their increasing prosperity. Ceramics from Staffordshire were an obvious choice.

One item the colonists particularly wanted to be tea sets. During the 1700s, tea drinking swept Europe and its dependencies. In England, tea was found even in laborers' homes. The beverage was considered a refined alternative to beer, the other drink widely consumed instead of unboiled water. And tea ceremonies provided a happy excuse to buy and display stylish ceramics.

Just which ceramics were in vogue, of course, changed as pieces in new shapes or colors came on the market. Wedgwood understood the importance of keeping up with fashion and, if possible, directing it. His beautifully wrought Black Basalt and Jasper wares illustrate how he did so in the high-end market. 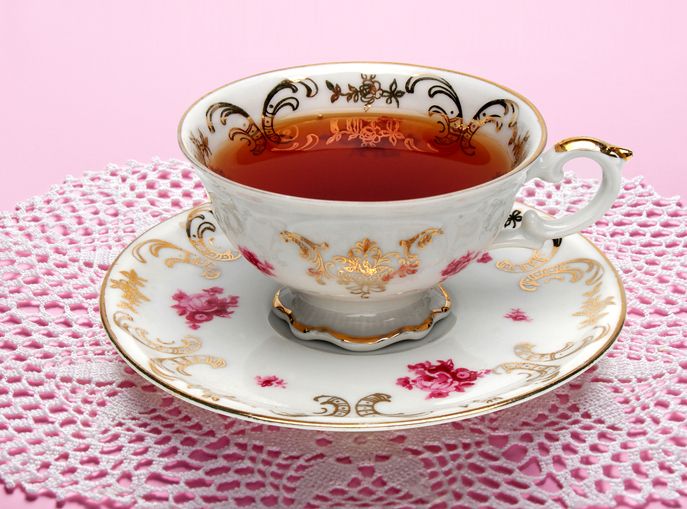 Read more: Best of the Brits at the Oscars

Then, when other English potters began to imitate his Black Basalt ware, Wedgwood introduced the line for which he is best known -- Jasper ware, with its exquisite body, usually blue, and delicate white decorations. Through both Black Basalt and Jasper ware, Wedgwood raised the craft of English pottery into an art. He researched his works closely and employed fine artists such as John Flaxman to help design them. And he produced them with perfection.

He also sold them artfully. In London and Bath, Wedgwood opened showrooms, where he encouraged women to come and browse. To increase his products' snob appeal, he purposely produced small quantities of some pieces, priced them high and then displayed them only to fashionable customers. Wedgwood's London showroom also featured exhibitions of his most triumphant commissioned works, including his replica of the Portland vase and 950-piece dinner set for Catherine the Great. These were highly advertised extravaganzas meant to increase his prestige and cultivate customers' taste for fine ceramics.

By the late 1700s, this kind of calculated marketing was supported by newspapers and their advertisements, which described the latest trends and whipped up enthusiasm for new products. Even readers far from London now learned about the most recent styles in fashion and decor.

Soon Wedgwood's advances in production and marketing would become commonplace. Mass-produced pottery would be as normal in stores as the association of certain products with social prestige. Most retailers would pitch their home-based goods to women, and all would strive to make shopping an enjoyable pastime.

Wedgwood's craft and business acumen had made him one of the richest men in England by the time of his death in 1795. However, within a few years, other Staffordshire factories were surpassing his, which was now run by his heirs. Josiah Spode I and II produced outstanding porcelain in the Regency style, and Thomas Minton's factory, now part of the Royal Doulton Group, developed important new pottery techniques and production methods. It also introduced the Willow pattern, which is still used today.

By 1859, when Wedgwood's grandson Frank brought his son Godfrey into the business (and another grandson, Charles Darwin, published On the Origin of Species), the Staffordshire potteries were fully mechanized operations serving the mass consumer. The Industrial Revolution had transformed England into an engine of production and demand, and the craft of pottery making had become big business. 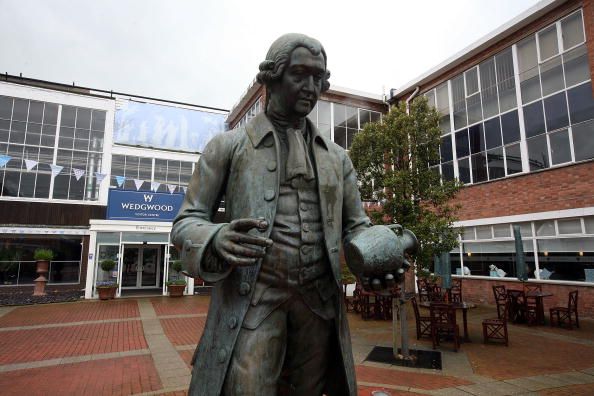