The Explorations of Ernest Shackleton - Part 2 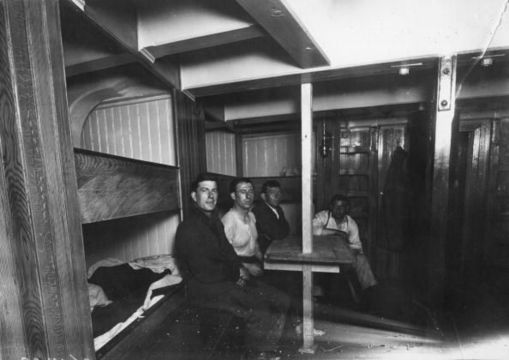 Shackleton and his men Image:Getty Images

With the arrival of spring, Ernest Shackleton and a small party of hardy pioneers set out on their explorations from their Antarctic base camp toward the far-off South Pole

The team of Shackleton, Jameson Boyd Adams, Eric Marshall, and Frank Wild struck out for the Pole on 29th October, 1908. Even while travelling through the harshest environment on earth, they maintained a semblance of civilization, taking along reading material (including Shakespeare and Dickens), jam and cocoa, and especially tobacco.

The Polar party experienced difficulties with their ponies and the weather right from the outset. The explorers had planned to use the ponies to haul supplies, as well as for meat, but the animals had difficulty walking in deep snow, often sinking up to their bellies. In a strange role reversal, the explorers found themselves having to carry their own provisions as well as fodder for the ponies. As if that were not enough, the ponies became snow blind. The death of all but four of them from eating volcanic sand, while distressing to Shackleton, may have been a blessing in disguise.

READ: 6 of our favorite British couples 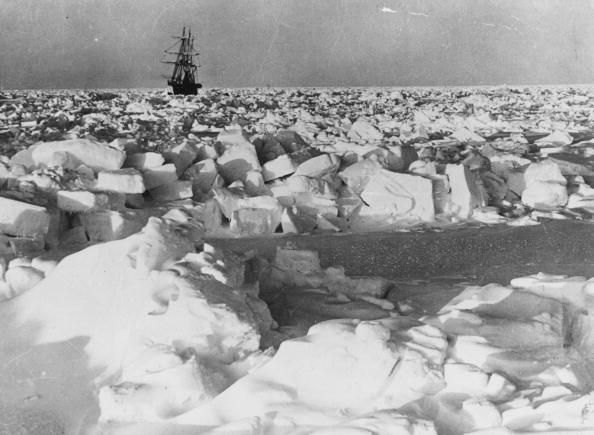 The white landscape affected the explorers as well as the ponies

At times they couldn't distinguish the horizon; the sky and the ice melded into one. The temperature dropped to ­52 degrees Fahrenheit. But despite the harsh conditions and unexpected setbacks, the party surpassed Scott's Furthest South almost a month after setting out.

By 1st December, 1908, only one pony, Socks, remained. Then a week later, he disappeared down a crevasse, almost taking Wild with him. The unexpected loss deprived the expedition of a source of meat but freed up the supply of pony fodder, which became part of the team's daily ration.

The four explorers plodded on, hauling 1,000 pounds through forbidding terrain on below-minimum rations. To lessen the danger of falling through crevasses, they roped themselves together. By 9th December, they were measuring their progress not in miles but yards.

It was grueling, arduous labor. Because they could not transport all their supplies at once, the party had to constantly backtrack to retrieve what had been left behind, so that every advance of six miles required 18 miles of walking. In his journal, Shackleton described each passing day as 'the most difficult we had endured'.

While Shackleton's team headed for the South Geographic Pole, another party set out for the Magnetic Pole. On 16th January, 1909, this second team reached their goal. They recorded their achievement by taking a photograph of themselves standing by the Union Jack they brought with them. The same day they trudged 24 miles back to their supply depot to rest and then began their journey back to meet their ship, Nimrod. 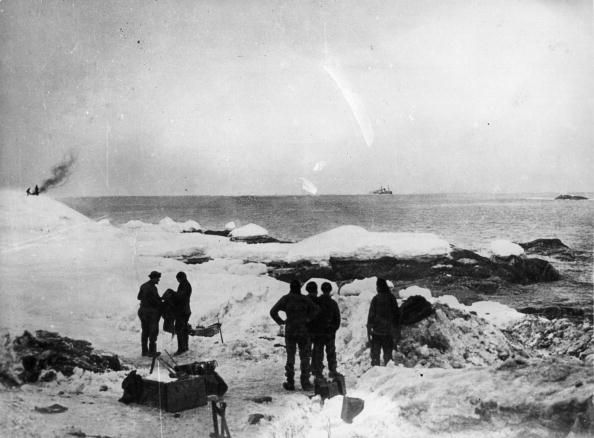 Shackleton and his team.

Condensation from their breath froze on their beards, then melted and seeped under their shirts, only to freeze again inside their clothes. After an 11-hour march on Christmas Day, they rewarded themselves with a splendid Christmas dinner. According to Shackleton's notes, they feasted on Oxo and pemmican (dried meat pounded into paste with fat and made into patties) boiled with some of the pony food, and plum pudding with a splash of liqueur. The meal ended with a much-welcomed cigar.

As the year's end approached, wind and snow, less than adequate provisions, and the effects of altitude were taking their toll on the explorers. Their body temperatures had dropped to about 94 degrees--not a good indication of their physical state. Although Shackleton resisted the temptation to admit defeat, after 1st January, 1909, he began to realize that he might not achieve his objective. Their food simply would not last long enough.

The expedition leader decided that 6th January would be their last day out. Despite soft snow and biting cold, they advanced another 13 miles. Then, for the next two days a raging blizzard kept them in their tents.

When the storm broke on 9th January, Shackleton reversed his earlier decision and dashed south once more, reaching 88 degrees, 23 minutes south longitude, 162 degrees east latitude. They had gone farther south than anyone ever had, stopping just 97 nautical miles from the Pole. There the party planted the Union Jack and the Queen's flag, and Marshall photographed the scene. Then, reluctantly, they headed home, a decision Shackleton called the most difficult he ever made. "Whatever regrets may be, we have done our best," he wrote in his diary.

Even after turning back toward Cape Royds, the Polar party faced great danger. They had eaten most of their food and exhausted much of their energy, and time and the season were running out. However, the wind blew at their backs, helping the team to make runs of 15 to 20 miles for several days.

READ: The Influence of the coaching inn

Shackleton continually reduced the daily ration of biscuits, cocoa, and tea. In late January, the party marched for 20 hours with little food and even less rest. With 300 miles to go, they had very nearly reached the limits of their energy. The food ran out on 26th January, and Marshall went on alone to the next depot to bring back pony meat. Shortly thereafter, they all came down with dysentery, which Marshall attributed to bad meat.

Throughout the return trip, the explorers battled difficult terrain, incredible cold, and lack of food. Then the unusually fine weather turned bad and a blizzard struck. By Shackleton's 35th birthday, on 15th February, they reached another supply depot. To keep up spirits, they imagined the culinary delights awaiting them upon homecoming.

To quicken his pace, Shackleton left Marshall, who had become very ill, in Adams' care and set off with Wild and one day's provisions for the final dash to Hut Point. They arrived to find no ship, just a message indicating that all the other parties had returned safely. Shackleton and Wild spent a sleepless, cold, and anxious night in the hut. Unexpectedly, Nimrod reappeared the next morning, intending to land a rescue party or at least recover the bodies of the missing explorers. As soon as he had satisfied his hunger, Shackleton set out with a relief party to rescue Marshall and Adams. After marching about 19 hours, he arrived at the camp where he had left his two companions and then led them back to Hut Point.

By about midnight on 4th March, 1909, they were all back on board Nimrod, heading out towards open sea and away from danger.

With the approach of the Antarctic winter, speed was essential, and Shackleton abandoned much of the expedition's equipment and personal belongings rather than risk being trapped in the ice for another year, as had happened to Captain Robert Scott's Discovery.

After reaching New Zealand, Shackleton made a brief phonograph record recounting the trek; then he sailed on to Dover. His wife, Emily, met him in mid-June, 1909, and they rode by train to London. The couple arrived at Charing Cross Station to a warm welcome.

A round of parties, lectures, dinners and receptions followed

On 28th June, 1909, Shackleton made a presentation to the Royal Geographical Society Fellows and guests, including Captain Scott. It was the culmination of all he and his companions had achieved. The Prince and Princess of Wales attended and presented the explorer with a medal from the Society. Later that year, he was knighted.

Shackleton died of a heart attack in 1922, just before his 48th birthday, and was buried in South Georgia in the Falkland Islands.

It was left to Roald Amundsen to reach the South Pole on 14th December, 1911. Captain Robert Scott and four companions duplicated the feat a month after Amundsen; but all of them perished on the return trek. Eight months later their bodies were found and remain there still.

Ninety years on, Shackleton would be astonished to learn that management theorists use him as an example of the best of leadership qualities. Such techniques as maintaining a positive outlook, organizational and marketing skills, providing a support system for colleagues, and the importance of loyalty were among Shackleton's skills. His fame came not so much from what he did or didn't achieve, but from his ability to carry on under circumstances that would try abilities of lesser men.

Shackleton's granddaughter paraphrased the comments of one of her grandfather's companions when she said, 'When all is lost, when there is no hope, pray for Shackleton. He will get you through.'

Read Part 1. of this feature.

READ: 7 Reasons you should visit Belfast