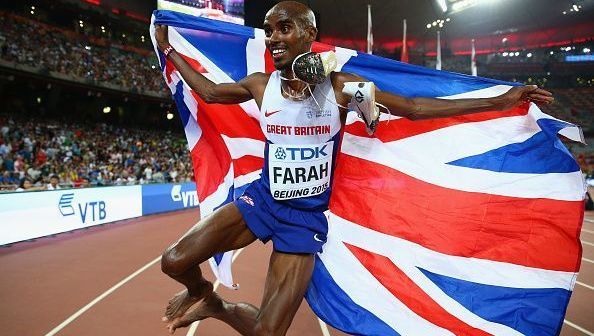 A sticky wicket at the Oval, a telling try against the Springboks or a flutter on the Gold Cup: Britain’s sporting traditions accent the year. Lets take a look at the Great British sporting life. Tally-ho!

Britain and America are often said, as George Bernard Shaw expressed it, to be two countries divided by a common language. Just so, we are two countries also divided by a sporting culture. In no two lands on earth is sport in many guises such a strong part of the culture and national identity. Yet our sporting events and traditions are often incomprehensible to each other.

READ: Do we finally know who Jack the Ripper is? 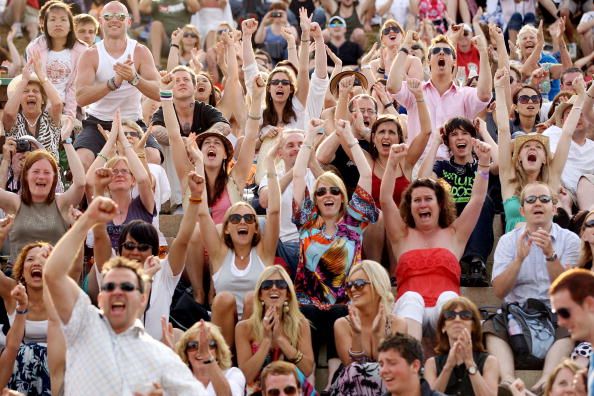 Some sports translate more easily than others. Certainly a keen interest in hunting and fishing is shared in both countries, for example. Fly-fishing for trout knows no nationality. Casting a line in the River Test or the Kennebec generates the same exhilaration for the fisherman. Likewise, sport hunting for deer or birds has an appeal to hunters on both sides of the Atlantic. In England, August 12 is a red-letter day for hunters. The Glorious Twelfth marks the start of grouse hunting season, and the tough but tasty game bird promptly appears on the menu of several prominent London restaurants.

By far the most popular team sport in Britain is football. Yes, on this side of the pond it is called soccer. Every town of any size from Plymouth to Aberdeen has a football club. Ardent fans are known as supporters and wear their team colors proudly. These local clubs play in national leagues or divisions based on their competitive level rather than the size of their stadium, locale or media market.

Clubs in larger cities, of course, have more supporters and hence more resources to field professional teams and compete at the highest levels, but the divisions are dynamic. Every year the bottom teams in a division are relegated to the league below them, where top teams are promoted in their place.

At the pinnacle of this football pyramid is the Premier League. This is the big leagues. In league play that runs from August to May, England’s top 20 teams compete for the league championship. At the same time, across all divisions, runs a single-elimination tournament culminating in a final match played for the FA (Football Association) Cup.

Among the richest and most popular sports franchises in the world, Manchester United is the pride of northern England’s largest industrial city. While the core of every fan base is local, United boasts ardent supporters across the island and around the world. Indeed, as everyone in Europe knows, football is an international game.

Top Premiership clubs compete in Europe’s Champions League, and the English national team plays for European bragging rights and in international matches around the globe. Though Welsh clubs compete in the English divisions, Scotland has its own leagues, with supporters that are every bit as partisan as their southern counterparts. 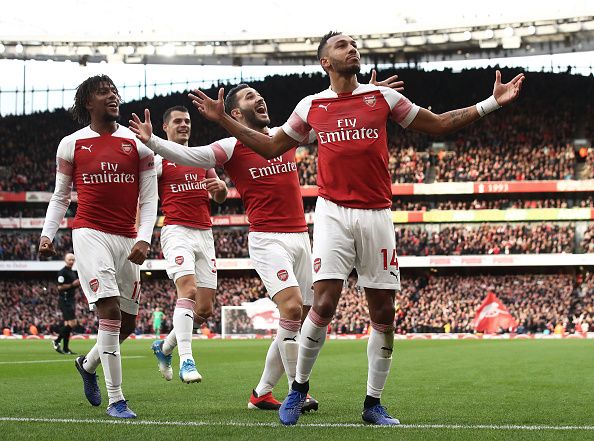 READ: 4 Reasons to visit Britain...Especially if you're American

Football has been the sport of England’s working class since before the days of Queen Victoria. It was at one of England’s aristocratic public schools, however, that Britain’s second most popular team sport had its origins. Supposedly, during a house football match at Rugby in 1823, one of the lads picked up the ball and ran off with it. Others gave chase, tackled him and the sport of rugby was born. It’s generally recognized now that the tale is apocryphal, but three students from Rugby did publish the game’s first rules in 1845.

As in football, there is league play in rugby, both amateur and professional, with slightly different formats. It is in the national teams, though, that rugby becomes a sport of mass enthusiasm. Wales, England and Scotland field teams that compete—along with France, Ireland and Italy—in an annual round robin known as the Six Nations. In addition, national teams play other international rugby powers, like the Springboks of South Africa and the New Zealand All-Blacks.

To great rejoicing, this year Wales completed a rugby Grand Slam, beating each of the other national sides in the Six Nations tournament. In Wales, in fact, rugby is considered something of a religion. On weekend mornings, from Caerleon to Carnarfon playing fields are crowded with rugby-playing youngsters; they play coed until about the age of 12. Playing for Wales at Cardiff’s Millennium Stadium is an aspiration for thousands of Welsh schoolboys. 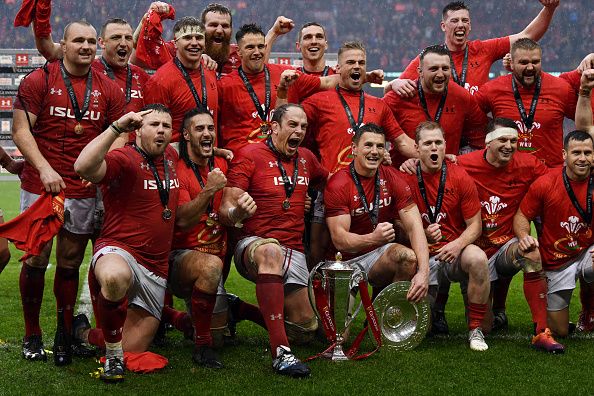 If any team sport is synonymous with England in the popular imagination, though, it is cricket. Cricket conjures up images of lazy summer days on the village green and gentlemen at leisurely play in white flannels. It is an accurate image and one that reflects the ethos of a sporting people who built an empire and had the leisure to enjoy it.

Alas, to the uninitiated, cricket does indeed seem an arcane athletic ritual that belongs to a different era. After all, in today’s fast-paced world it is hard to imagine a team contest that in its shortest form takes all day, breaks play for afternoon tea and most likely ends in a draw.

Yet the sport remains, and to its players and fans remains the quintessential English sport—where how one plays the game does count and where the clock does not determine the outcome.

From informal village and neighborhood sides to the professional teams known as first-class cricket that represent major counties, cricket pitches create a unique bond between player and spectator. Watching cricket is not like watching other sports. One doesn’t pretend to follow all the action. You watch for a while, then take a stroll around the grounds or go to the pub for a pint, picking up play again at your leisure.

Yes, fewer people today have the time to devote to cricket. In recent years, the traditional three-day match at the professional level has given way to an abbreviated version of the game (limited overs) suitable for one-day matches. Only at the level of international cricket is the game played in its purest form, with two full innings over five days of play. The English national team each summer plays a five-match series known as Test Matches against a worthy international opponent from its former colonies, where the game is played at the highest levels.

As popular as these indigenous team sports are in Britain, though, the essence of the British sporting life is found in the traditional calendar of competitive events that accent the year. Golf’s British Open, for example, is an annual tip of the hat to the island of golf’s origin—its birthplace officially recognized as the Old Course at St. Andrew’s on Scotland’s North Sea coast. The June rituals of lawn tennis at Wimbledon, of course, are known around the world. 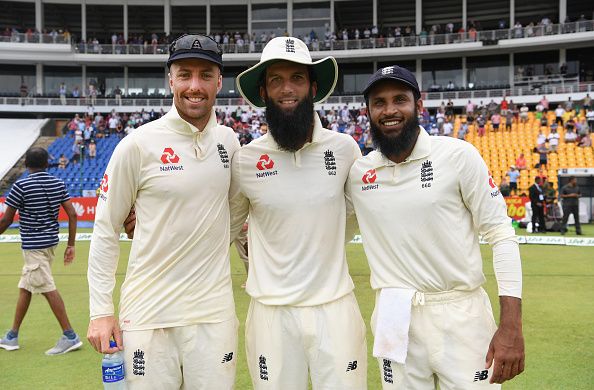 The sport of Kings

Of course, horse racing is intrinsically linked with British heritage. It is England’s premier social showcase for the sport of kings, or queens as the case may be. Back in Queen Anne’s day, in 1711, the queen had a racecourse laid out on the heath of Ascot, near her royal stables at Windsor Castle.

It is the monarch’s presence that has created the Royal Ascot traditions to this day. In fact, Queen Elizabeth II generally has a horse in the running at least one day during the week long meeting. Win or lose, the queen’s horse is always a betting favorite with the swank crowd. Yes, morning coats and ladies’ hats are part of the dress code for entrance into the Royal Enclosure.

Ascot Week, however, is only one of many marquee events on the horse-racing calendar. The Grand National at Aintree is the mother of all steeplechases.

Then, there’s the Cheltenham Gold Cup, the Derby at Epsom, Glorious Goodwood, the Diamond Stakes and the St. Leger Stakes at Doncaster, among other high profile race meetings that raise the sporting blood and encourage otherwise timid and conservative folk to have a flutter on the gee-gees. Two hundred fifty million pounds sterling are wagered on the Grand National alone every year. 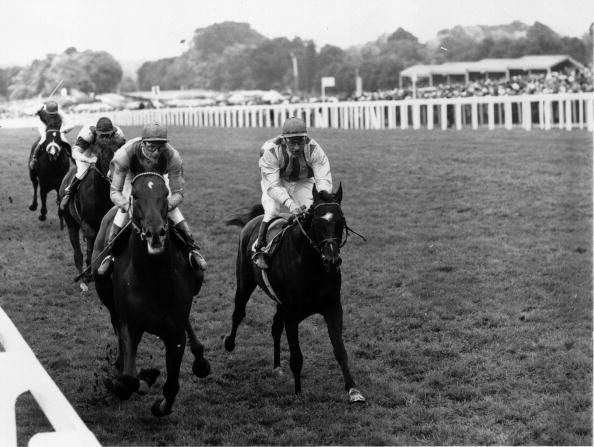 A crucial part of the culture

Gambling is undoubtedly Britain’s most popular sport of all. Part of the culture in ways very foreign to the States, gambling of all sorts is quite legal in Britain. The booking shops of Ladbrokes, William Hill and the like can be found on the streets of every market town and city. Yes, they take off-track bets for anything running anywhere in the country, and every professional and amateur sporting contest going.

It doesn’t stop there, however. There’s a book every year on whether there will be snow in London on Christmas Day (bet against it), on the outcome of political elections and on American ballgames of all descriptions. When the young Princes William and Harry were born, millions of pounds were wagered on the naming of the infant royals.

Golf, tennis, figure skating, boxing, track and field, gymnastics or dressage: Whatever the contest, British sports fans follow closely the progress of British athletes in international competition. After all, sports build character, inspire teamwork, and reflect national pride. In a famous quip by the Duke of Wellington, sport is even credited with the defeat of Napoleon. As every British schoolchild knows, “The battle of Waterloo was won on the playing fields of Eton.”
No wonder Britain loves its sporting life. 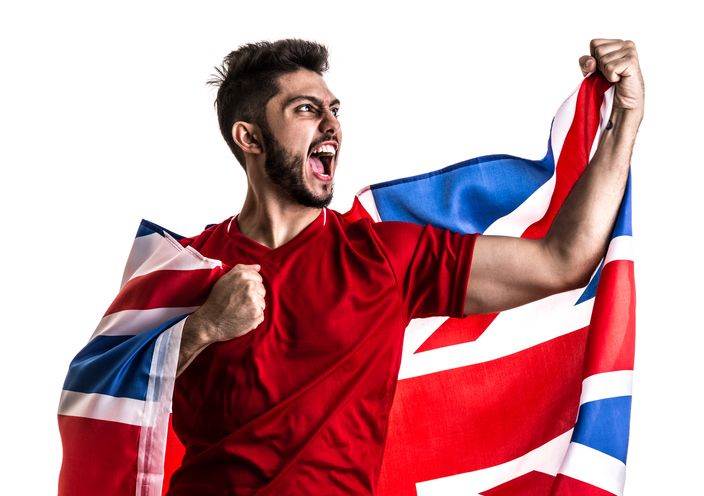 READ: How realistic is Downton Abbey?