In Britain These Days 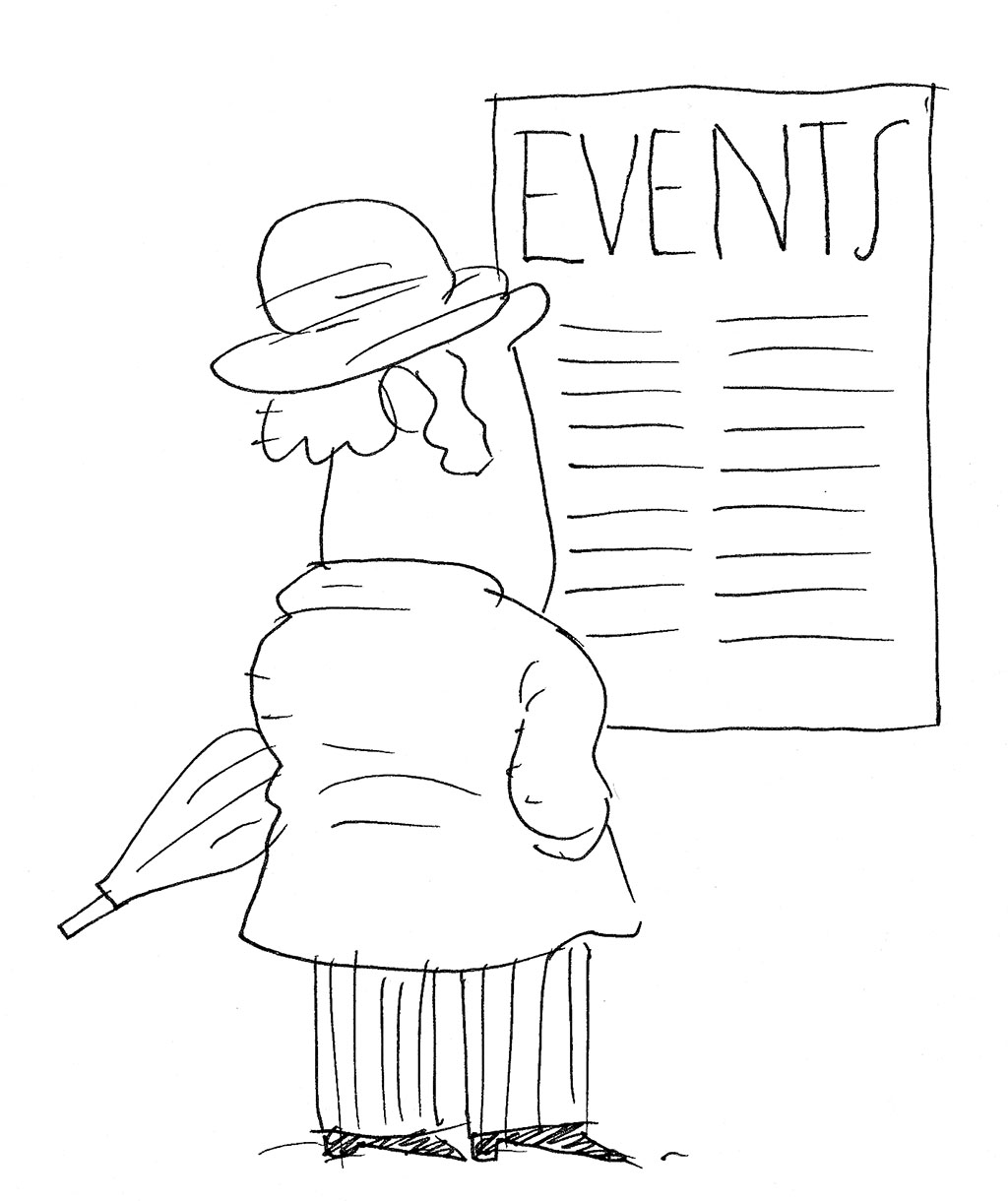 
Extinct in Britain since the 1830s, the Great Bustard is being reintroduced to Wiltshire’s Salisbury Plain. A globally threatened species, the Great Bustard has a remaining colony in the Russian steppes, where abandoned eggs are being collected and sent to England. The Great Bustard Group is coordinating a multi-year project aimed at building a self-sustaining population of Great Bustards on Salisbury Plain.
The heaviest flying bird in the world, males can stand as tall as four feet with a 7-foot wingspan and a weight of 45 pounds. A grassland bird, the Great Bustard is quick on the ground—being able to outrun the hounds in a sprint. Its three-toed feet, however, cannot perch, and it is slow getting into the air and slow to breed. The Great Bustard disappeared from Britain because its vulnerabilities left the species an easy mark for country folk who prized its meat and eggs. Web site: www.greatbustard.com

THE GREAT FIRE OF LONDON 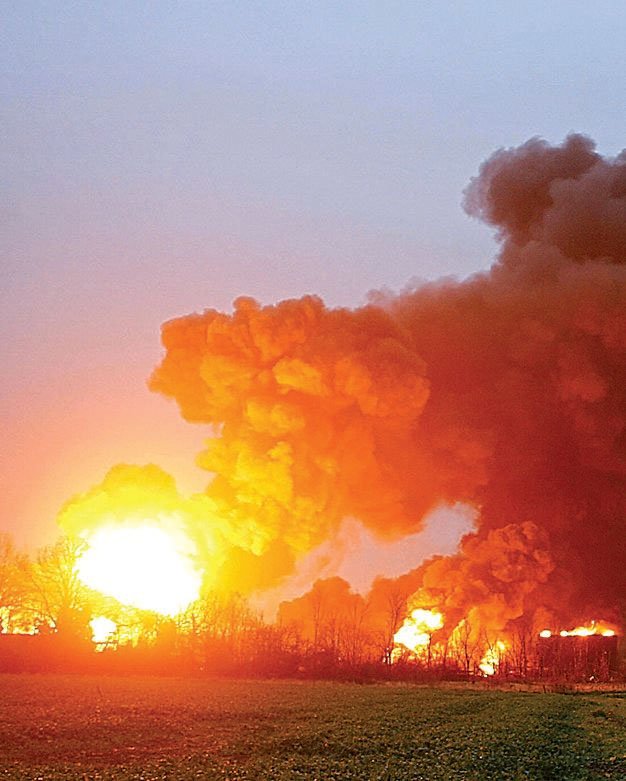 The massive Buncefield oil depot fire on December 14, 2005, was the biggest of its kind in Europe since the end of World War II. The explosion, near the north London suburb of Hemel Hampstead, rocked Hertfordshire and North London and reportedly was heard in France and the Netherlands. The blast at Britain’s fifth largest fuel depot was felt as far away as Oxfordshire and generated a plume of smoke stretching for 70 miles. While 43 people were injured in the explosion, remarkably, no one was killed.
“It is like a vision of doomsday” is the way one eyewitness described the scene. Thousands of folk were evacuated from surrounding neighborhoods. The M1 was closed for 12 hours and the M10 for several days. The fire burned for 59 hours before some 650 firemen brought the blaze under control. At the peak of firefighting efforts the equivalent of 30 fire engine loads of water per minute were being pumped from the Grand Union Canal. Officials were warned that they might drain the waterway dry. Web site: www.bbc.co.uk/news 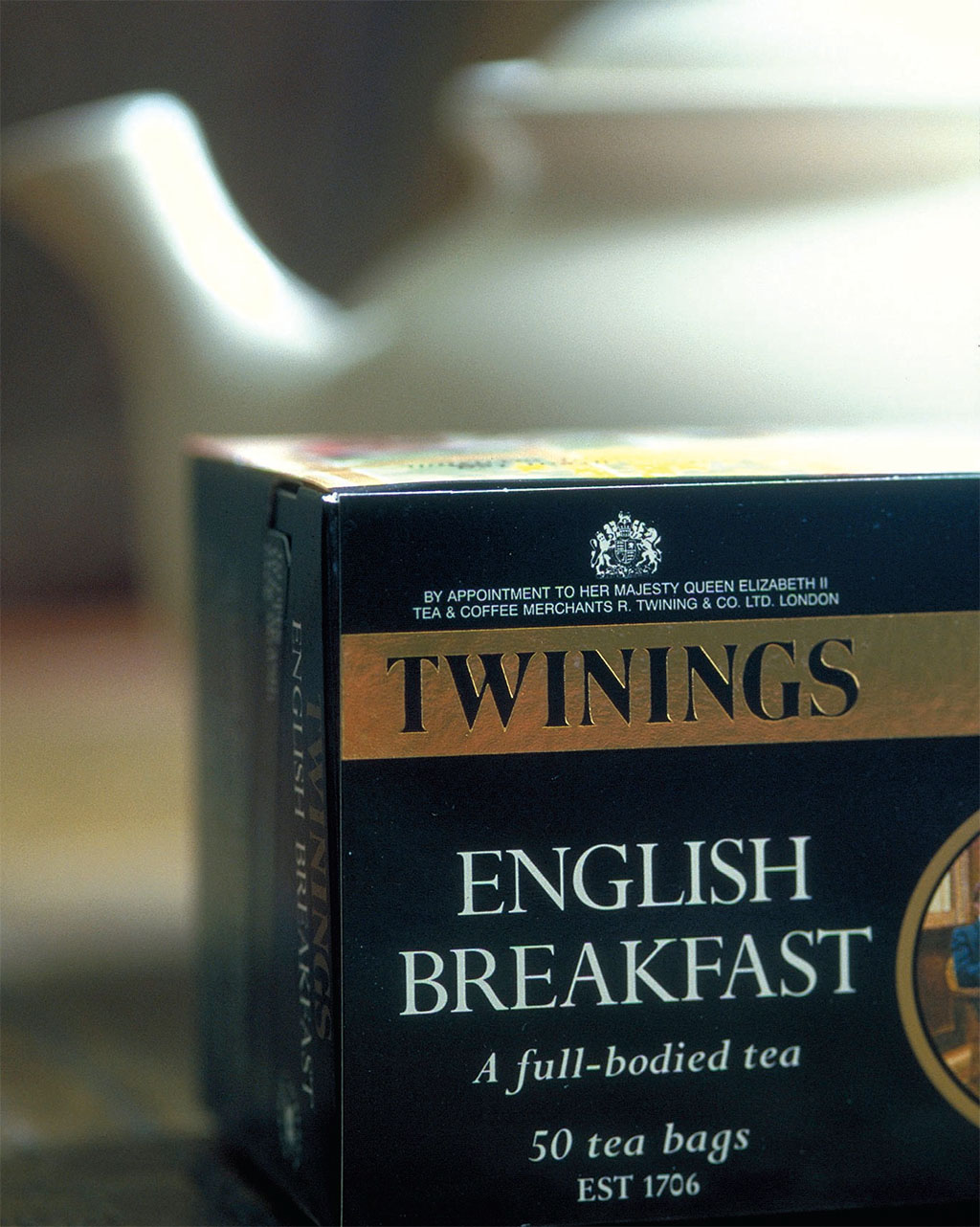 English Breakfast tea from Twinings is known and drunk around the world.[/caption]


Yes, it is 300 years since Thomas Twinings purchased Tom’s Coffee House just off the Strand near St. Clement Danes in 1706. An entrepreneurial young man, Twinings adjudged he could distinguish his shop from the other 2,500 coffeehouses in London by capitalizing on the rising popularity of tea. After three centuries, customers to this day seek out the Twinings shop at 216 The Strand for the finest teas from around the world. Among Twinings’ own contributions to tea’s history is the tea named after Charles, 2nd Earl Grey, who was prime minister 1830-34. It seems the PM had been gifted with an aromatic tea from India; he asked Twinings to reproduce the flavor for him. As he shared the tea with those in his circle, soon others were coming into the shop asking for Earl Grey’s tea. Though he was a reforming prime minister, Earl Grey is best known for the bergamot-infused tea to which he unwittingly lent his name. Web site: www.twinings.com


They are actually owned by the Queen on behalf of the nation. Nonetheless, Historic Royal Palaces is a registered charity whose mission is to conserve, maintain and improve Greater London’s five unoccupied royal palaces: HM Tower of London, Hampton Court Palace, Kew Palace, Kensington Palace State Apartments and the Banqueting House, Whitehall (see “Searching for Samuel Pepys,” P. 42). Each of these former royal residences has played its own dramatic role in the fabric of British history. Supervised by a Board of Trustees appointed by the Queen and the Secretary of State for Culture, Media and Sport, Historic Royal Palaces engages in a broad calendar of educational programming and interpretive history. Amazingly, of the hundreds of thousands of people who visit these historic sites each year, some 34 percent are North American. Web site: www.hrp.org.uk


Culture Online is another arm of the Department of State for Culture, Media and Sport. Among its initiatives this year is the highly publicized “Icons: A Portrait of England” project. Its two-year aim is to create a profile of what people cherish most about England.
What are the best-loved symbols representing the cultural treasures and national character of England? The public is being encouraged to enter the discussion, vote on their favorite iconic symbols and nominate new ones for consideration. Each quarter Culture Online will announce new official winning icons.
The first dozen of what it calls “marks on the canvas that will be our portrait of England” were chosen by a panel of academics and artists, but 318 nominations have been made thus far. The first list of 12 Icons of England includes: 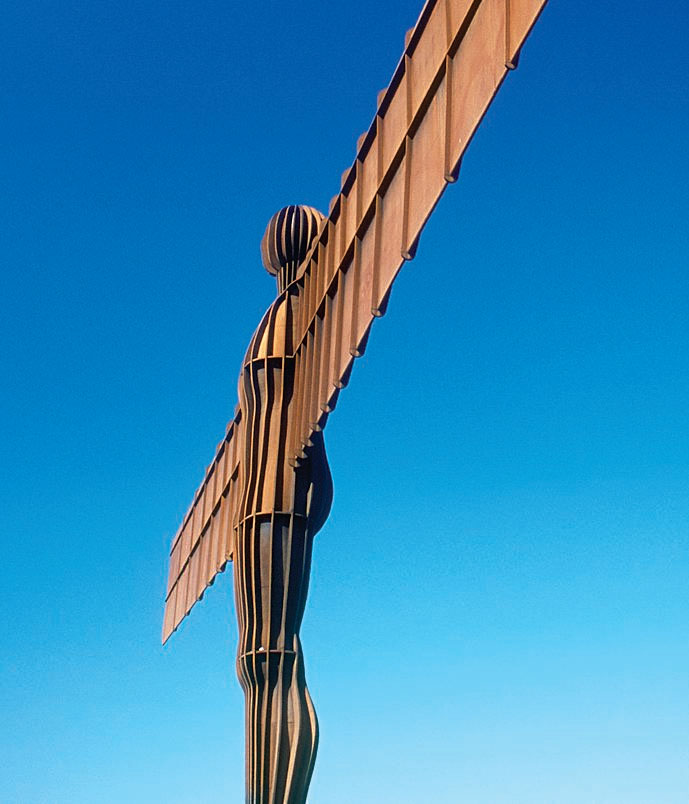 The Angel of the North at Gateshead stands watch over the southern approach to Newcastle.[/caption]

When asked in a BBC poll which of these icons best represented England, more than a third of respondents voted for tea. You too can get in on the fun. Web site: www.icons.org.uk


The greatest works of John Constable (1776-1837) are being brought together this summer for a major exhibition at the Tate Britain. From around the world, the large landscape paintings that made the artist’s fame (what Constable called his “six footers” ) are being shown together for the first time. The collection includes such masterpieces as Scene on a Navigable River, Hadleigh Castle and The Haywain—which finished second in recent polling as the Greatest Painting in Britain. “Constable: The Great Landscapes” will draw crowds from June 1 to August 28 to the famous gallery on the banks of the Thames. Web site: www.tate.org.uk


The Northumberland market town of Hexham won last year’s Britain in Bloom award as Britain’s most florally impressive small town. Now, Country Life magazine has named Hexham England’s favorite market town.
“The Capital of Tynedale” (pop. 11,300) emerged at the top of a short list of regional winners nominated by readers and adjudicated by an eminent panel that included Penelope Keith and Lord Hope, former Archbishop of York.
At the heart of town, Hexham Abbey dates back to the 7th century. A 14th-century jailhouse and an Elizabethan manor contribute to the town’s historic ambience. Its market, held within the shadows of the ancient abbey, boasts locally raised lamb, bread made from Northumbrian wheat, regional produce and the jumble of goods that make English markets such fun.
Clive Aslet, editor of Country Life, said: “Market towns provide an ideal recipe for modern living. Hexham achieves what to many people will seem perfection. It is the right size, clusters around a majestic work of architecture (the abbey), boasts a racecourse and lies next to Hadrian’s Wall. Above all, it is a place that its inhabitants clearly love. You only have to look at the beautifully tended gardens, spirit-lifting floral displays and carefully designed shop fronts to see that.”
Other regional winning market towns include Stamford, Lincolnshire; Framlingham, Suffolk; Alresford, Hampshire; and Marlborough, Wiltshire. Web site: http://communities.northumberland.gov.uk 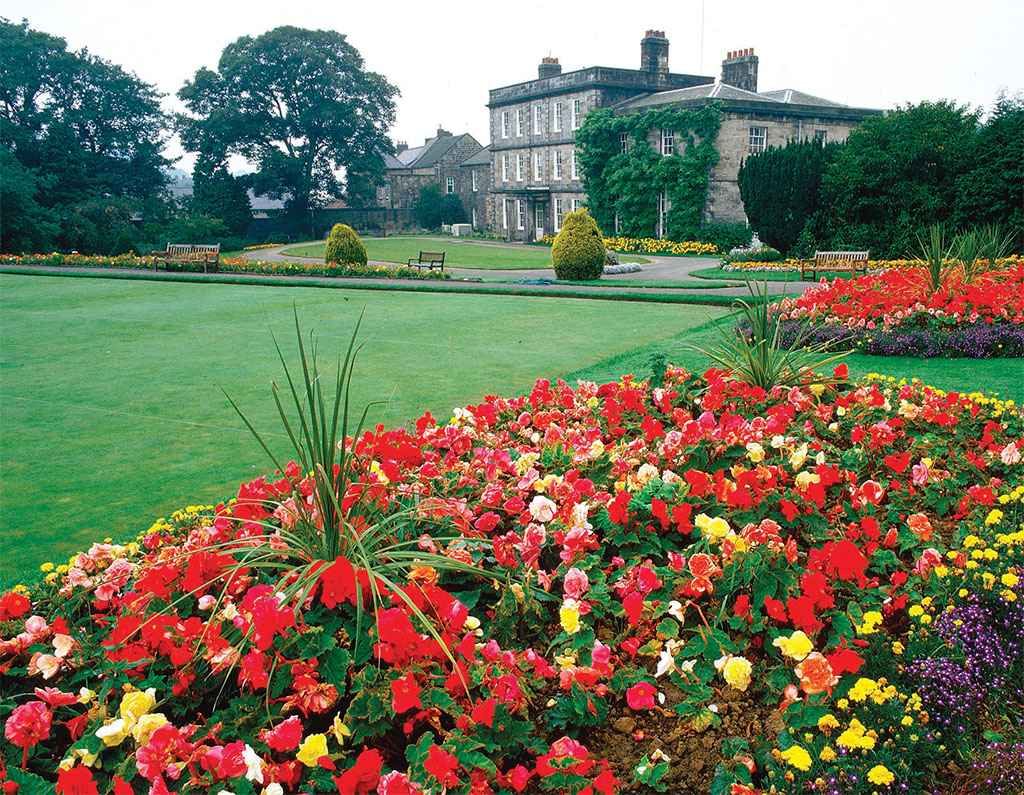 The bright flower beds of Hexham’s parks helped the Northumberland community town to its top prize in the Britain in Bloom competition, and to its designation as England’s favorite market town.[/caption]