Here is a bright and diverse regional discovery, showcasing the Garden of England and East Sussex. Along the way, you’ll meet Charles Dickens, Canterbury pilgrims, Rudyard Kipling and William the Conqueror. Cottage gardens and shingle beaches, orchards, oast houses and white chalk cliffs: This corner of England is a microcosm of the English heritage of commoner and king.

Day 1—To the Stomping Grounds of Dickens


Leave the city this morning for Rochester. From either Heathrow or Gatwick, follow the M25 to the southeast and the A2. The TIC on Rochester’s High Street is a great place to start (with convenient car parks on the north side). At the TIC, you can pick up street maps, and an introduction to all the Dickensian connections in the area. The High Street itself is lined with shops and eateries themed on the famous novelist and city’s favorite son. You might climb to the top of Rochester Castle, England’s tallest Norman keep, or visit ancient Rochester Cathedral. In nearby Chatham, there’s the historic dockyard to explore, where ships-of-the-line for Nelson’s fleet were built. Dickens World is a terrific indoor theme park that offers a superb, if occasionally camp, introduction to the novelist’s work—especially good for kids (or grandchildren). It’s less than an hour’s drive on to medieval Canterbury. A popular site of pilgrimage for a millennium, Canterbury has a wide variety of lodging options, many within easy walking distance of the central pedestrian precincts.


This is a place to break and spend a day exploring. The obvious place to begin is majestic Canterbury Cathedral, mother church of the Church of England and diocesan seat of the Archbishop of Canterbury. Check out the ruins of Greyfriars monastery on the short walk to Westgate, with a small museum of the city’s history. From the top of the old city gate, views of the city are magnificent—including the best overview going of the cathedral and its close. Nearby, St. Augustine’s abbey marks the place where Augustine brought Christianity to Saxon England.The ghosts of Thomas Becket, Chaucer’s pilgrims and Dickens are impossible to avoid, and if you can shake their spectral hold on you, the central precincts around the cathedral close are a wonderful place for a little shopping.

Day 3—Thanet and the White Cliffs of Dover


Today, take an excursion up to the Isle of Thanet and the faded resort of Margate, then follow south through Broadstairs, Deal and Walmer along the top of the famed white cliffs of Dover to the legendary port town of that name. The day’s highlight visit is Dover Castle, one of Britain’s largest castles and most impressive coastal fortresses. Below the medieval ramparts, underground tunnels became a World War II military base and hospital—and the command post for the famed evacuation of Dunkirk. The bustling harbor below is still Britain’s principal ferry point across the Channel to France and the Low Countries. You might return to Canterbury early enough to catch choral evensong at Canterbury Cathedral —an unforgettable experience. 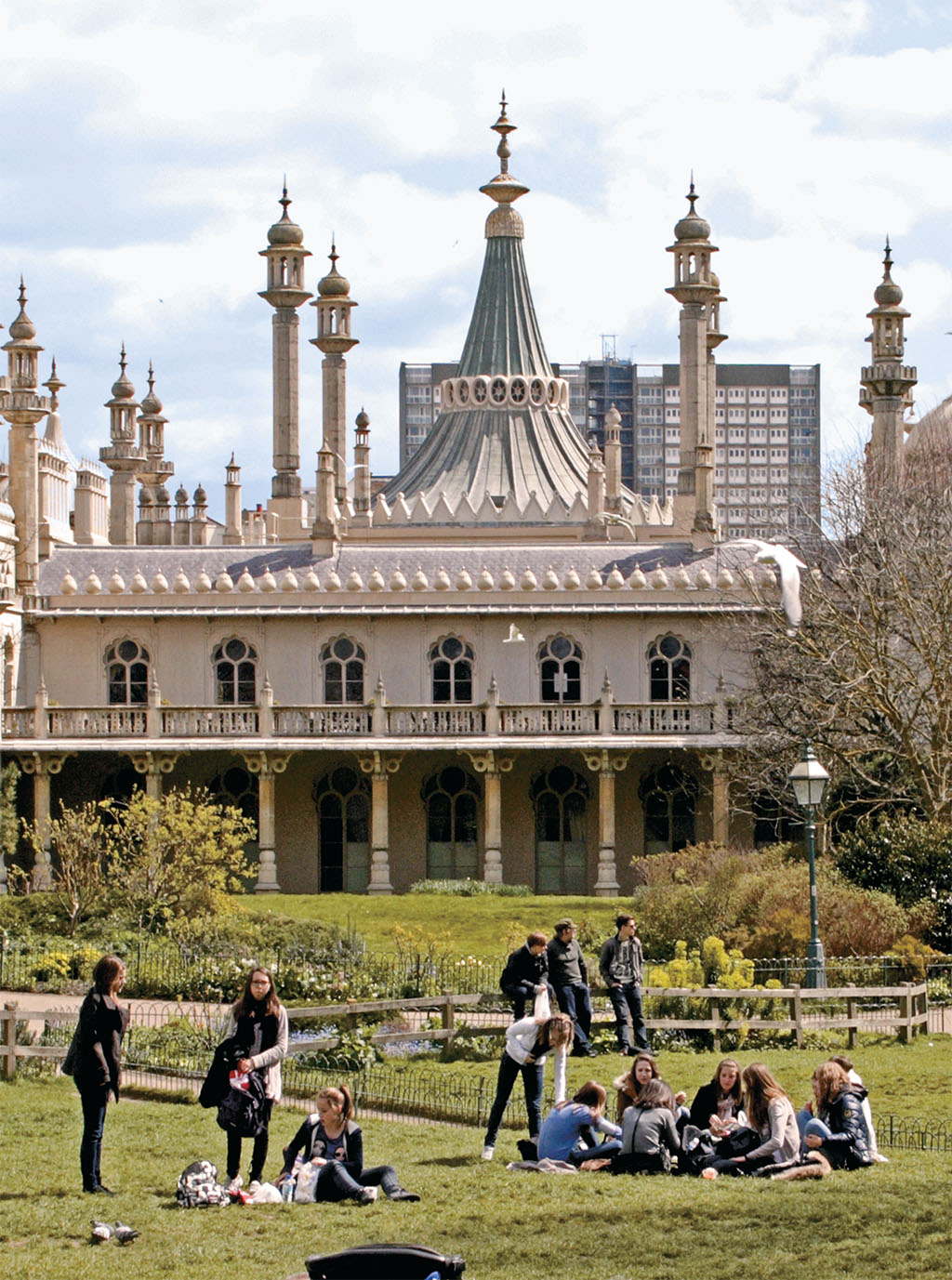 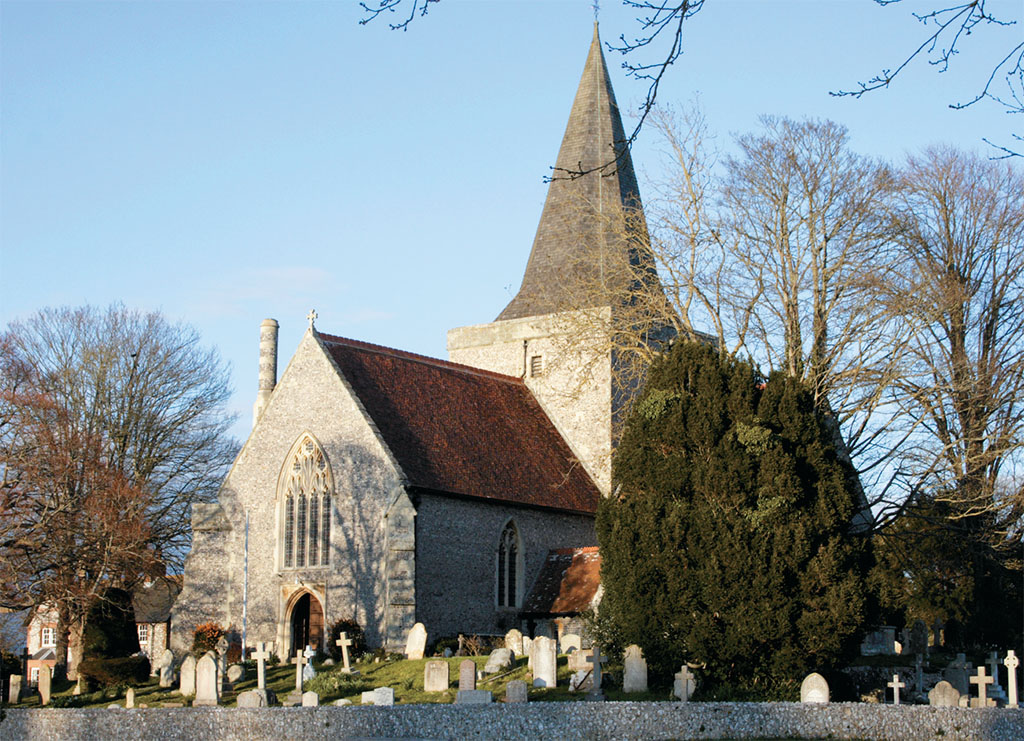 5
Alfriston’s pretty rural parish church in the Cuckmere Valley sits in back of the village street, next door to the 15th-century Clergy House.[/caption]

Day 4—A Day in the Garden


Chart a route this morning across Kent’s spectacular High Weald country to Ashford and on to pretty Tenterden. This is where you’ll find the village of Pluckley and the trail of The Darling Buds of May. Carry on to Battle, where the Battle of Hastings was fought in 1066. The story and the battlefield unfold at Battle Abbey, built by William the Conqueror to celebrate his victory. If time and interest meet, you might also visit nearby Bodiam Castle, completed just as the 15th-century made these great fortresses obsolete, or Bateman’s, the fascinating home of Rudyard Kipling, and one of the best literary visits in England. The Edwardian seaside resort of Eastbourne makes a lovely overnight destination, with plenty of accommodation options. 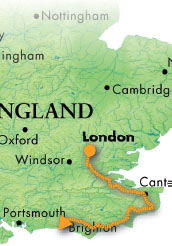 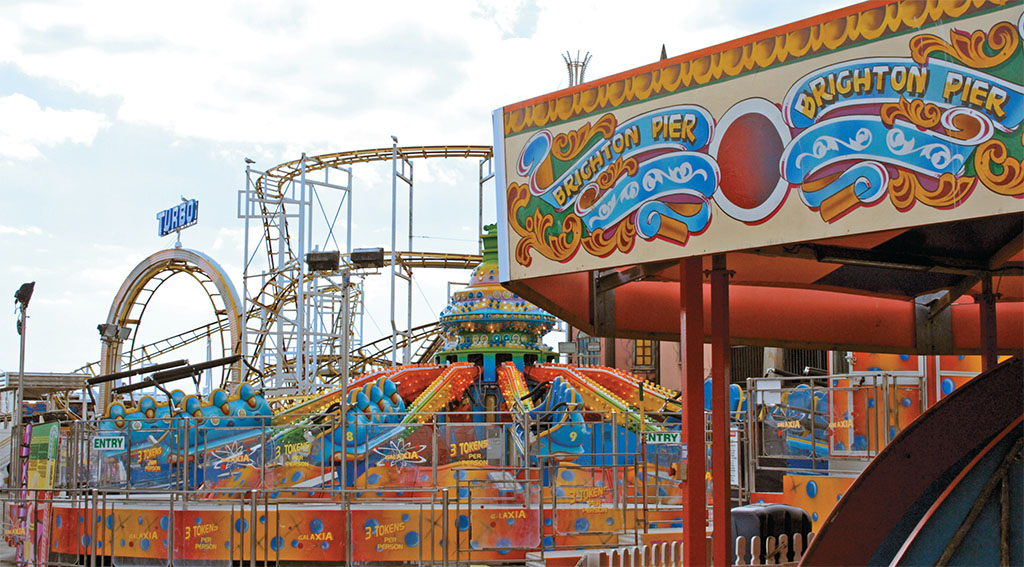 5
In truth, day trippers from London and holidaymakers from across southern England come to Brighton for the seaside attractions, not the hard, shingle beach.[/caption]


The coast road rises west of Eastbourne up onto the highest chalk cliffs in England. It’s worth a short detour to the crown of Beachy Head. Follow the A259 a few miles and turn inland into the Cuckmere Valley and the pretty village of Alfriston, where the 15th-century Alfriston Clergy House was the first property acquired by the National Trust. Just a few miles up the road is Charleston Farmhouse, infamous country retreat of the Bloomsbury Group. Then, there’s the market town of Lewes, where favorite son Thomas Paine used to talk politics at the White Hart Hotel. A bit of Tudor history unfolds at Anne of Cleeves House.
It’s a short drive on to Brighton, still the quintessential English seaside destination (though few of us would actually want to lie on the shingle beach). Parking is always tricky in Brighton, so at the center of town simply follow one of the P signs to an indoor car park. Everything you will want to see is in easy walking distance. George IV’s ornate Regency oriental palace known as the Royal Pavilion is almost indescribable, and worth the visit. Brighton’s famous pier is wonderful for people-watching and a bite of seafood. And do browse for antiques or lovely outdoor cafes in The Lanes. Brighton is awash with hotels in every price range; in the height of the summer, though, you’ll want to plan in advance.


If time is pressing, it’s an easy return north to London and the airports north on the A23. Or drop the car in Brighton and take the hour’s train ride into Victoria Station. Otherwise, you might continue west along the coast on the A259 to Arundel and Arundel Castle,Chichester and Chichester Cathedral, Portsmouth and the Isle of Wight, the New Forest and into Dorset. The possibilities are always fascinatingly endless.