On the Road: Kent: For a Festive Holiday in the Garden 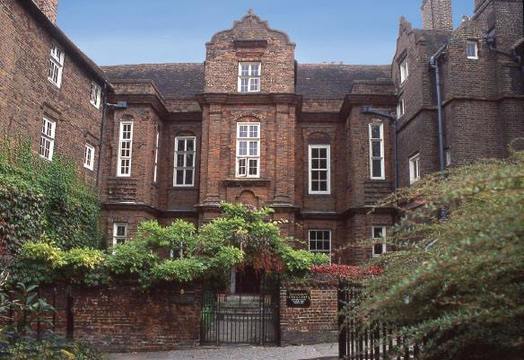 From Charles Dickens’ Rochester via Canterbury to The Weald


There is a microcosm of English history and landscape in the gentle rolling countryside of the southeastern-most county of Kent. Traditionally known as the Garden of England for its hop fields and apple orchards, much of Kent’s interior landscape is unspoiled indeed. Any time of year, here is an easy-driving itinerary that explores cathedrals and castles, seaside and farmland, and the classic themes of English life. If you’re seeking an adventure for the Christmas and holiday season, look no further.


FROM THE AIRPORTS, Rochester is an easy drive east on the busy M25 to the A2, just before the Dartford Crossing. From Central London, it is simpler to catch a train, running frequently to Rochester from London Victoria in just about an hour. Picking up a rental car in Dartford or Rochester saves a good deal of city driving.
Right where the River Medway opens into its estuary to the sea, Rochester is a gateway to Kent on the route from London to Dover. The presence of 12th-century Rochester Cathedral marks the second oldest diocesan city in England, established in 604 by a missionary accompanying St. Augustine. Just across the green, the dramatic ruins of Rochester Castle include the most complete Norman keep in the country. Rochester, though, is Charles Dickens Country, and his presence is strong in the Victorian High Street and city center. Visit scenes from Pickwick Papers, Great Expectations and Edwin Drood. Every June, the city hosts a mammoth Dickens Festival. On December 3 and 4, however, jostle with the Victorian-clad revelers at the Rochester Dickensian Christmas Festival. Snow is forecast!
Stay on in Rochester overnight, perhaps right on the High Street at the Royal Victoria & Bull Hotel, site of the opening scenes of The Pickwick Papers. Or continue east on the A2. It’s less than an hour to the medieval cathedral city of Canterbury.


A CELTIC CAPITAL before the Romans occupied and walled the town, Canterbury is ancient indeed. When it was capital of the kingdom of Kent, St. Augustine first brought Christianity here to England in 597. The ruins of St. Augustine’s Abbey remain one of the city’s most popular attractions. Mother Church of the world-wide Anglican Communion, Canterbury Cathedral is seat of the Archbishop of Canterbury, primate of the Church of England.
Like Chaucer’s famous tale-telling pilgrims, visitors flock to Canterbury and its cathedral from around the world, and the small city is well prepared to receive them. The pedestrian precinct radiating from the cathedral is a timeless warren of shops, attractions and cobbled alleys, and a delight in any season.
Pick among a number of well-located city center options for your stay: The Falstaff Hotel is a classic 3-star hostelry; the Cathedral Gate, Pilgrims Hotel and Canterbury Cathedral Lodge are other perfectly located choices. The cathedral precinct abounds with restaurants, cafes and pubs for sustenance and refreshments.

Rochester abounds in scenes from Charles Dickens’ life and novels.[/caption]


DAY 3 — ISLE OF THANET AND THE WHITE CLIFFS OF DOVER


IT’s A SHORT 16-mile excursion on the A28 up to the peninsula known as the Isle of Thanet, jutting northeast where the Straits of Dover open into the North Sea. This is a coastal drive today. Meet the beach at rejuvenated Margate, and its Dreamland, then follow the coast to Broadstairs, rich with its own Dickensian associations. Visit Dickens’ study, where he holidayed at Bleak House overlooking the seafront. Follow Pegwell Bay south to Sandwich, Deal and Walmer, all rich with the evidences of earliest English history. Both built by Henry VIII as part of his defenses against France, Deal and Walmer Castle (home to the Warden of the Cinq Ports) are open weekends throughout the winter months.
You will travel along the renowned white chalk cliffs overlooking the Channel and down into Dover, Britain’s most famous harbor town, and traditional gateway to France and the Continent. International ferries come and go throughout the day and night, met by trains whisking arrivals to London and beyond.
Overlooking the bustling harbor, Dover Castle has stood as the island’s first line of defense since its construction began under King Henry II in 1180. Second only in size to Windsor Castle, the fortress was garrisoned continually into the 20th century. Its tunnels housed the command center that controlled naval operations in the Channel and a military hospital during World War II. Like Deal and Walmer, Dover Castle is only open weekends through the winter months.
The A2 provides an easy return the 20 miles to Canterbury.

Catch the charming steam train at Tenterdon for an excursion in the picturesque Rother Valley.[/caption]

MAKE FOR FOLKESTONE this morning, where the port town below the South Downs has seen its harbor grow quieter since the opening of the Channel Tunnel. Take the Leas Lift down to the beach and stroll the Mediterranean-feeling promenade.

Turn west along the south coast on the A259. At Hythe, you might plan a ride on the unique one-third full size locomotives and rolling stock of the Romney, Hythe and Dymchurch Railway for 13 miles along the shingle beach coast through the National Nature Reserve to Dungness. For 88 years, the RH&DR has been “Kent’s Mainline in Miniature.” Through December, weekends and Christmas week, catch the Santa Express (rhdr.org.uk).
The A259 will lead you between Romney Marsh and the sea, through Dymchurch to impossibly picturesque Rye. Time permitting, you might detour down to Dungness Light-house. BHT readers may well remember Sandra Lawrence’s enthusiasm for the charming port town of Rye (Sandra Lawrence’s “Pockets Full of Rye”). Stop in at the Mermaid Inn, where smuggling gangs gathered and, much later, neighbor Henry James used to lunch.
Take a turn inland via the A268 to Tenterden, whose grassed-verged High Street and adjacent lanes are lined with pretty shops, restaurants and historic houses. Stay on the High Street at The White Lion or the Woolpack Hotel (tenterdentown.co.uk).


TENTERDEN makes a wonderful base for a day trip across the county line. Visit famous Bodiam Castle, the last moated castle ever completed in Britain. The superb gardens of Great Dixter are just a mile or two from Bodiam. Pick up the theme of 1066 Country in this 950th anniversary year of the Battle of Hastings. Visit the site of the battle in Battle at Battle Abbey (See “The Battle of Hastings and 1066 Country” in our last issue), and the refurbished seaside of Hastings, complete with pier—newly restored after fire a few years back.
For a less ambitious day in Tenterden, consider an outing on the Kent & East Sussex Railway, one of Britain’s loveliest rural steam train lines. Ride in vintage Pullman carriages through the scenic Rother Valley to Bodiam. During December, take weekend rides on the popular Santa Special (kesr.org).

DAY 6 — RETURNING TO LONDON OR CONTINUING ON


IF THE TIME HAS COME to turn toward London or home, route to the A21 north to the M25. Time permitting, you might turn into Royal Tunbridge Wells to walk the famous Pantiles of Tunbridge Well’s Regency glory days. They, too, assume a festive aspect during the holidays. With more time, turn southwest to the coast at Eastbourne and follow the A259 west along the dramatic Sussex coast to the Cuckmere Valley, Brighton and beyond.