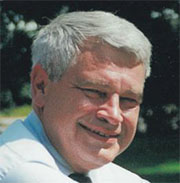 BRITANNIA LIVES more comfortably in her history than anywhere else I know. Across Continental Europe, the “old” is still there, but it is emotionally and physically compartmentalized, seemingly detached from the daily life of contemporary Europe. Even in America, we preserve our historic battlefields and monuments, but they are few and far enough between to be anomalous to our daily lives. Besides, we pride ourselves on being forward-looking.
In Britain, though, there is a comforting continuity to life that we New World visitors find novel and refreshing. The hostelry in which we put up might well have hosted exhausted guests traveling by stagecoach, as Sean McLaughlin reminds us this issue, or the very road we drive on might itself have been laid out by Roman military engineers, as James Graham tells us.
We wander town markets whose charters date to Plantagenet kings and stroll abbey gardens designed by medieval monks. We bustle on London streets that knew Christopher Wren and Samuel Johnson, and pass through shop fronts Jane Austen frequented in Bath. Neither locals nor visitors can possibly escape the permeation of the past.

In Britain we seem to be reminded constantly that history is far more than military campaigns and the succession of monarchs and governments. There has certainly been plenty of swash and buckle across Great Britain’s turbulent centuries. But there has been music, literature, religion, architecture, industrial and social history as well—each visible to the visitor, and each contributing to a cultural identity with which most American and Canadian visitors identify.
In Living Buildings (May 2009, p. 58), Donald Insall approaches each commission of architectural conservancy by seeing the building or precinct as layered history, absorbing and adapting through its ages and generations. Just so, Britain absorbs and adapts her landscapes and the physical remains of 2,000 years of eventful past into the very rhythms of its daily life—admittedly sometimes in a way non-Brits simply don’t understand.
We are drawn to visit Bath or York, for example, by the world-class attractions that have made them famous. Down every street and snickleway, however, lie pubs and parish churches, antique shops, tea rooms and public squares each with its own colorful history and historic associations, absorbed and adapted into the fabric we experience today.
Be it a village in west Wales, a market town in Norfolk or majestic Auld Reekie, it is that fabric of continuity that makes travel in Britain an experience greater than the sum of its parts.
We might design our itineraries around the renowned attractions—world-class gardens and palaces, castles and cathedrals—but we know our experience in Britain is indefinably so much more. We feel or sense echoes of our cultural legacy that carry us to a past beyond the political history and national identities of our own countries. We are living the history.
It is distressing to see the challenges Britain’s unique way of life faces today. Those beautiful village and country pubs that have been so much a part of the social fabric for centuries are closing at the rate of six a day—unable to com compete for people’s time and custom in the mobile supermarket of the 21st-century world. Village shops, post offices and under-attended parish churches have been quietly fading for years now, along with hedgerows and tearooms.
In the cities, where most of Britain’s population actually lives, the cosmopolitan mix of ethnic peoples from around the world has clouded the matter of what constitutes
“Britishness” beyond all recognition. They will be struggling over the question of British identity for years.
London, of course, has had its distinctive international patina for decades. It’s wonderful, but it’s not really British, let alone English. Folks who have spent tourist time only in London can hardly go home and claim to have seen Britain any more than we would credit visitors to the States who had only been in Manhattan or Orlando claiming to have seen America.
In the market towns and villages and the smaller, medieval cathedral cities, however, the kingdoms and the principalities retain their British magic and individual local identity. “It’s the interplay of landscape and ancestral activity that threads through the centuries,” Siân Ellis observes. 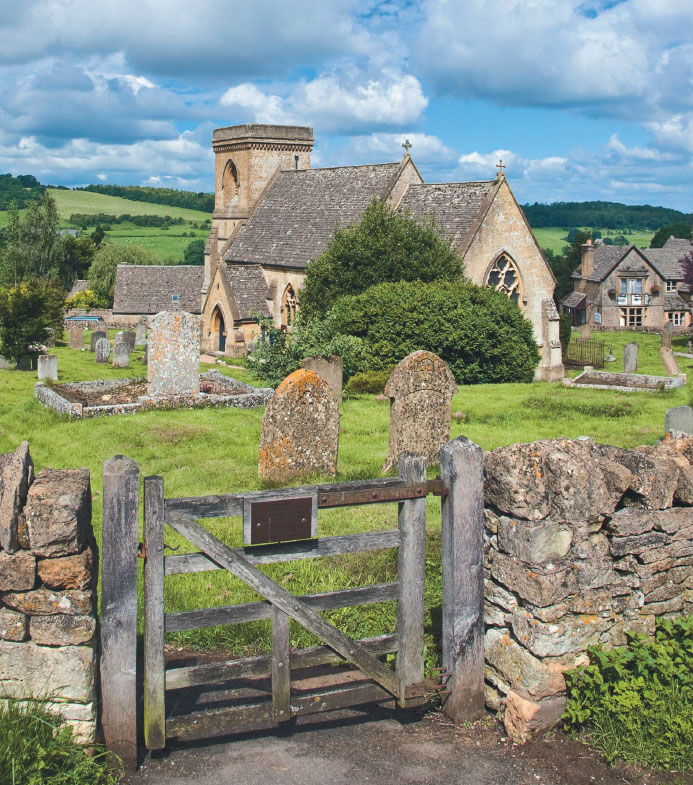 The old parish church in Snowshill was rebuilt in the 19th century, with William Morris and friends creating the stained glass windows.[/caption]

That Britain lives so comfortably within its own history somehow makes it possible for travelers to experience this fabric in ways that surprise and delight us. We feel a part of it, living the history.
Many times over the years I have taken people on visits in Britain they would not normally have chosen. Not everyone’s first idea for a great afternoon in the Yorkshire Dales is a visit to the Theakstone’s brewery in Masham. Ironbridge Gorge and Quarry Bank Mill in Styal are not exactly Blenheim Palace and Stourhead. And I have shared many a pub lunch with folk who would never dream of entering an American bar—including my father. Almost every such experience proves immensely satisfying and rewarding.
“Living the History” is a good motto for British Heritage. There are plenty of other travel magazines and Sunday supplements that will help you find London hotels and tell you about visiting places. But whether your own travels about England, Scotland and Wales might be memories or dreams, or whether you are planning a trip this very summer, British Heritage affords a back story, an inspiration, an occasional travel tip and a thoughtful guide. We have the familiarity of an old pair of Wellies, the comfort of sausage rolls and tea; the accessibility of a village librarian and the savvy of a quartermaster sergeant.
So, I am off in search of stories, to Torquay and Agatha Christie’s house, to Casterbridge and Portland Harbour where Olympic sailing will take place in 2012, and to check out the revival of the English seaside holiday. The chronicles of those adventures, I’ll share next issue.
No, I never tire of taking to the road and living the history. 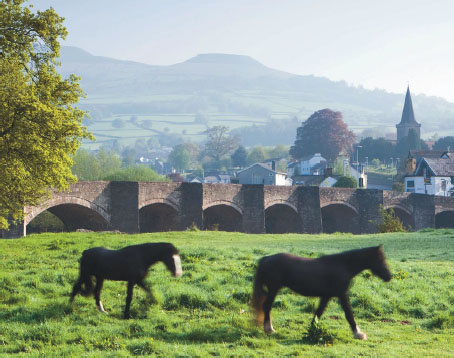 The fog slowly clears over the arched bridge leading across the River Usk into Crickhowell.[/caption]