The deep greens of well-watered countryside, abandoned coalmines, ancient castles and the singing of male voice choirs: There is indeed something magical about the valleys of Wales. Here is a one-of-a-kind itinerary in south Wales’most famous valleys. Two millennium of history have left their imprint on a fascinating landscape of river valleys, moors, mines and dark forest. 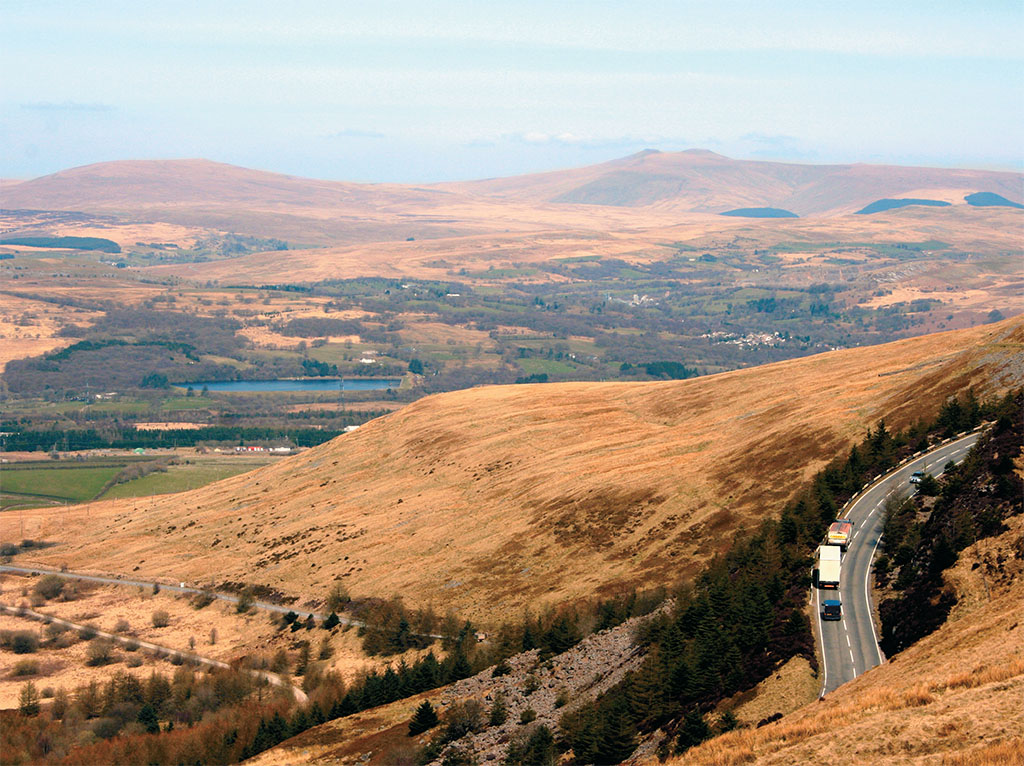 5
At the top of the Rhondda, the A4061 winds down into Hirwaun and offers spectacular panoramas over the Brecon Beacons.[/caption]

Day 1—Into the Wye Valley


From London or the airports, head west this morning. The most direct route is the M4, or past Reading drop down onto the A4 for a quieter drive until you get to the A46 near Bath, then resume the M4 for the Severn crossing into Wales about midday. At Chepstow, the River Wye meets the Severn estuary. Chepstow Castle is Britain’s oldest castle, steeped in history since the 11th century and well worth a visit. Then, wind north along the Wye on the A466 a few miles to the dramatic ruins of Tintern Abbey. The road continues on to the Marcher market town of Monmouth (November 2012, p. 54). From Monmouth, the A466 continues north to the cathedral city of Hereford. The very manageable small city makes a great base for a couple of nights, with many lodging and dining options.

Day 2—Hereford and the Wye


Take the morning to explore Hereford. Its crowning glory, of course, is 12th-century Hereford Cathedral, home of the famed Mappa Mundi and one of the largest medieval chained libraries in Europe. Hereford’s friendly pedestrian precincts also include a great covered market and the half-timbered Old House, now a museum of local history. The TIC across from the cathedral is the source for street maps, local events and regional information.
This afternoon, you might take an excursion a few miles down river to Symonds Yat. Linger over coffee or a late lunch at one of the pretty riverside cafes and watch the parade of leisurely river traffic; take a cruise of an hour or so along the river route that bore Britain’s first “tourist trade” in the 18th century. Then, drive up to Symonds Yat Rock for its legendary views over the Wye Valley. You might return to Hereford in time for choral evensong at the cathedral. 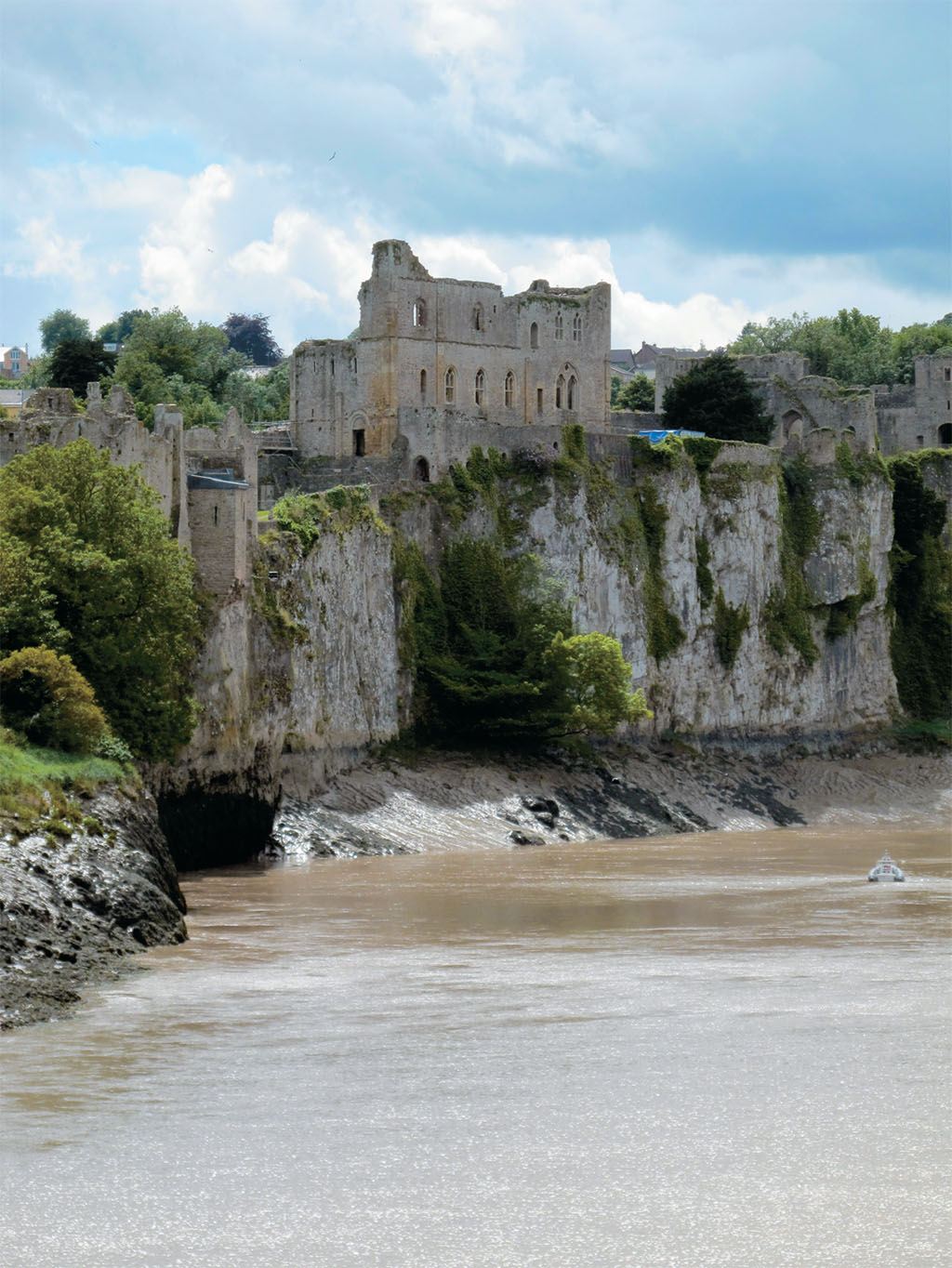 5
The first stone keep built by the Normans, Chepstow Castle guards the junction of the River Wye and the Severn Estuary.[/caption]

Day 3—West through the Brecon Beacons


Follow the A438 west this morning along the Wye Valley some 20 miles to the village of Hay-on-Wye, famed as the second-hand book capital of the world. Bibliophiles will find Hay to be a veritable New Jerusalem, but even those without a particular interest in books will be fascinated. More than three dozen eclectic bookstores crowd the village, their contents overflowing into the streets and courtyards. Take an hour or several before tearing yourself away to continue west above the Black Mountains to the small historic city of Brecon and pretty Brecon Cathedral. Then, turn south across the Brecon Beacons. It’s the ultimate scenic drive down the A470 to the “top of the valleys” road, running east to west above the famed coalfields of South Wales. Continue down the valley to Pontypridd, market town at the base of the Rhondda Valley. The most efficient (and reasonable) place to base an exploration is the Heritage Park Hotel at the Rhondda Heritage Park in neighboring Trehafod. 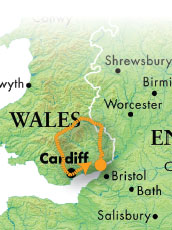 
The Rhondda Heritage Park at the Lewis Merthyr Colliery dramatically tells the story of the most famous of Welsh coal valleys. It’s a wonderful place to learn the workings of the mines and the unique way of life they created, told by men who spent much of their working life below ground.
Then, you might take a drive north through the valleys to Maerdy and Treherbert to see life in the Rhondda today. Back in Pontypridd, visit the TIC and local history museum in the old chapel, where organist John Hughes composed the great Welsh anthem “Guide Me, O Thou Great Jehovah.” There, too, you might check out where you could sit in on rehearsal of one of the valleys’great Welsh male voice choirs.


It’s a short drive north this morning back along the A470 to Trelewis and a visit to Llancaiach Fawr, a Tudor fortified manor now a living history museum recreating life in the Civil War of the 1640s. They are preparing for a visit from King Charles I, but the servants will happily take time to show you around. In these troubled times, of course, you’ll need a letter of introduction. Then, turn south to the market town of Caerphilly, for lunch and a visit to Caerphilly Castle, the largest castle in Wales. If you’ve got kit, you might join others fishing in the moat.


Let the commuting traffic pass this morning, and then turn down the valley a short drive to the Welsh capital of Cardiff. Either going or coming, you might visit Castell Coch, the fairytale mock-castle built as a summer retreat for the Marquis of Bute. Cardiff Castle is as much a Victorian fantasy home as medieval fortress; then, take time to discover the waterfront on Cardiff Bay. This afternoon, visit the National History Museum in the suburb of St. Fagans, justly acclaimed as one of the finest open-air museums in Europe. Yes, they’ve rebuilt a Celtic village as well. 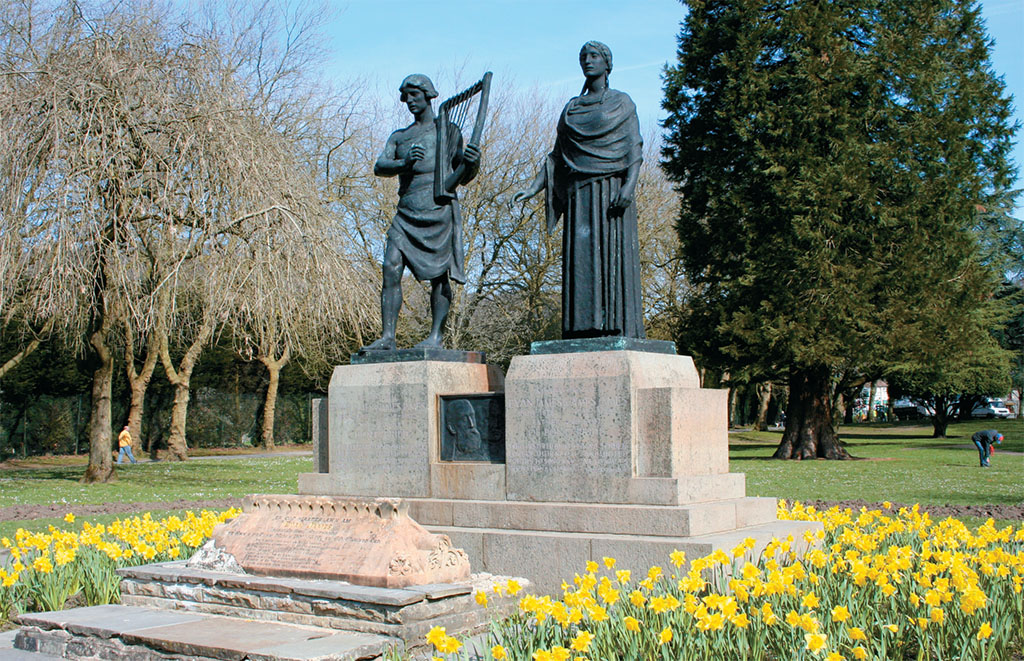 Day 7—Wherever the Road Winds


If today marks a return to London, the M4 can have you there in several hours. You might stop this morning in Caerleon, though, to see the most complete Roman amphitheater in Britain and the Roman Legions Museum, where the legendary King Arthur held court. Of course, another day in the valleys could bring a visit to Blaenafon; the World Heritage site includes the Victorian ironworks and Big Pit National Coal Museum. Or head north into the Cotswolds for a gentler scene. We are only spoiled for choice.