What is the Sealed Knot and why is it important? 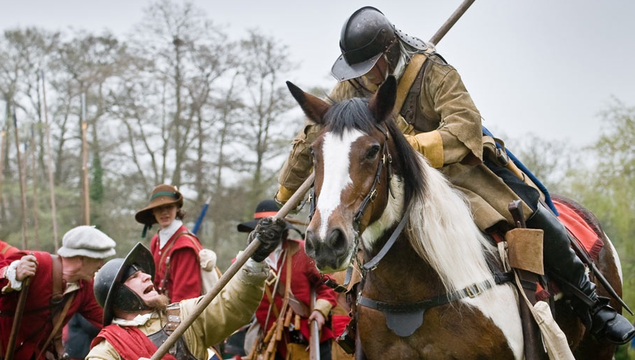 Named after the 17th gang of rebels, it's the oldest re-enactment society in the UK. But what is the Sealed Knot and why is re-enacting the past so important?

In 1653, at the height of the Commonwealth, a group of Royalists seeking Charles II’s return to the English throne formed a clandestine organization called the Sealed Knot. It was one of history’s less successful ventures! The conspirators’ attempt two years later to foment a Royalist revolt, the ill-starred Penruddock’s Uprising, not only failed but also ushered in the notorious rule of the major-generals, widely considered the nadir of the interregnum.

Consequently, there was a certain irony when, in 1968, with Britain in the grip of a socialist government, a group of retired army officers resurrected the name for a new pro-Royalist group, one that has subsequently grown to become a renowned historical reenactment society with more than 6,000 members.

Brigadier Peter Young served with great distinction as a World War II commando, achieving his rank at the age of 30 after seeing action at Dieppe, on the Normandy beaches, and in Burma. A flamboyant character little suited to the bureaucratic peacetime military, Young retired from the army in 1959 to devote himself to military history, becoming in the process of a noted expert on the English Civil War. His still-seminal book Edgehill 1642: The Campaign and the Battle were released on the anniversary of the battle, in October 1967.

For the launch party, Young and his publishers assembled a rude version of the kind of living-history show we now take for granted. There was a tent, a diorama of the battle, some borrowed armor and two “soldiers” posted outside who were dressed, in the words of his colleague Peter Dix, “in cardboard buff coats and with clothesline props for pikes.”
Evidently this experience caught the imagination of those involved, because they met at an Oxford pub the following February and formed the Sealed Knot, probably not intending it to be a reenactment group so much as a club for Royalist sympathizers.

However, a party at Young’s house, at which a number of revelers wore Cavalier costume, led to the Knot’s first official muster in July of that year. That October a Royalist army of 200 took to the battlefield of Edgehill, complete with cavalry and at least one gun, but without one crucial component of the modern reenactment: the enemy. 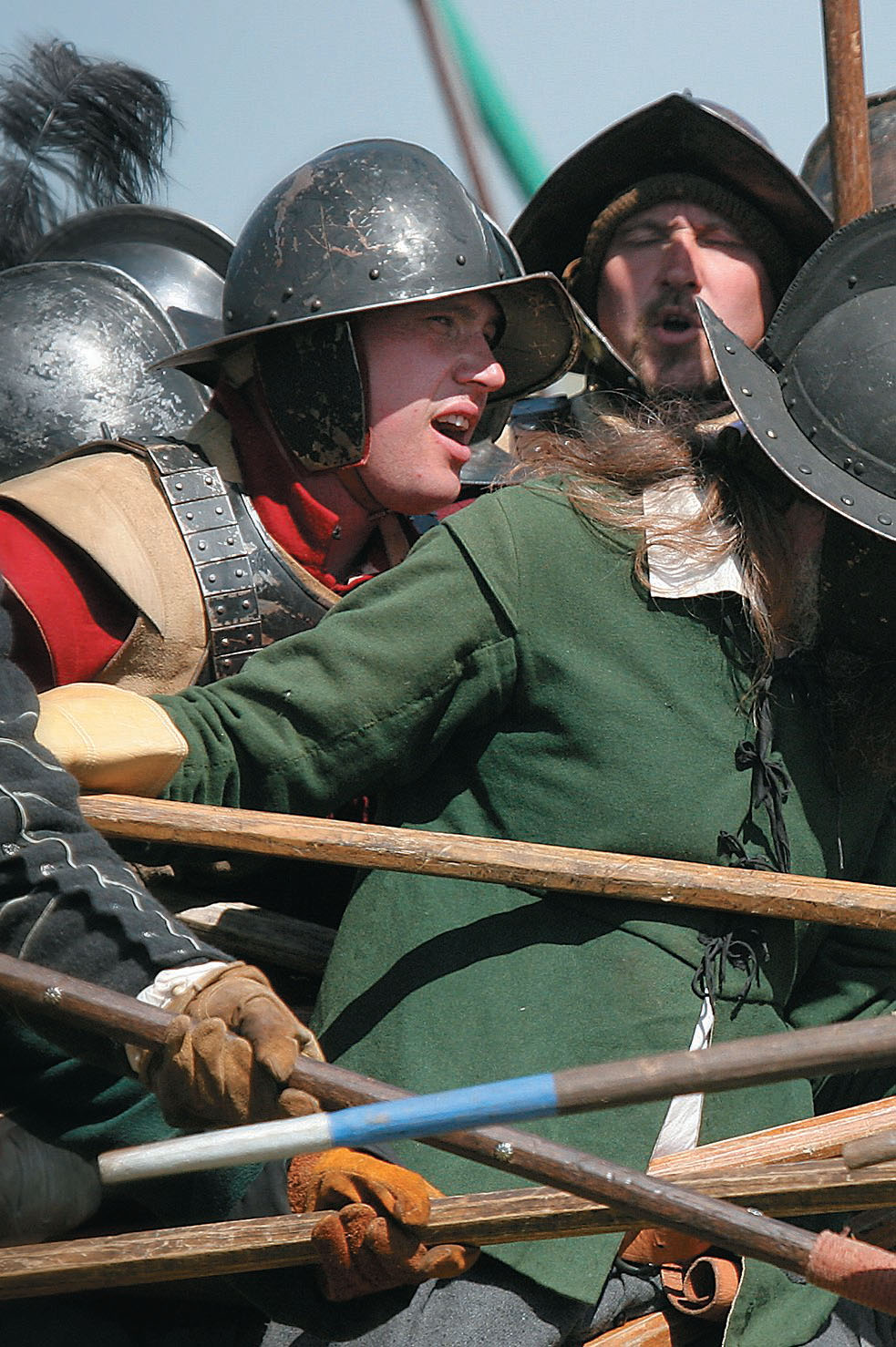 Britain’s largest historical reenactment society, the Sealed Knot, musters its troops to re-create the tumultuous conflicts of the 17th century

Not that a Parliamentarian army took long to form. By 1970 the Sealed Knot was staging colorful reenactments of significant events from the Civil War. Now dubbed captain-general (a genuine Civil War rank), Young, a striking, portly figure with flowing locks and a Vandyke beard, directed operations from his horse.

Nowadays, practically every British village has its own medieval tournament or re-creation of life in Roman Britain. Bristol University Professor Ronald Hutton, a scholar of the period and a longtime fan of the Knot, describes his own experience of the re-creation battlefield, saying: “It was very exciting, as the combats were real in the sense that, whatever the final outcome of the action dictated by history and the script, the moment-to-moment clashes were decided by strength and ability.”

Musters of the Sealed Knot

Arthur Chappell, a current member of the Irish-Scots Brigade in Colonel Manus O’Cahan’s Regiment of Foote, keeps a diary of reenactments, known as “musters.” A warehouseman of no mean physical stature, Chappell first saw action in the muster at Weston-Super-Mare in 2003 and quickly became caught up in the adrenaline rush of battle. First, however, he had to get into character, since an essential part of the Sealed Knot experience is a kind of theatrical time travel. Participants are required to wear authentic clothes, starting with simple wool or linen garments of plain color for the uninitiated, graduating to sophisticated replica uniforms and weaponry, which are now manufactured worldwide for this booming market. As a pikeman, Chappell entered the fray equipped with black iron helmet, or “lid,” and hefty wooden pole that would if sharpened, have been an excellent approximation of the genuine article.

Read more: Nelson and the Battle of Trafalgar

Sealed Knot events can include cavalry charges, musketry and the firing of cannons, but the place where theater comes closest to reality is in the battles between massed ranks of pikemen. Tightly packed into square blocks, the pikemen charge one another and, though the outcome of the battle as a whole may be dictated by the historical record, they do so with only one thought - to win. Though there are strict rules to prevent serious injury, the maneuvers that seem so well planned from afar dissolve, close up, into a chaotic frenzy.

“As the block compresses,” Chappell writes, “you have less and less room to move, and even breathing gets tricky. Your only view from deep in the block is the man immediately ahead of you. You brace yourselves and push forward gently at first and then aggressively. The pressure you feel so far is nothing compared to what happens when the opposing block hits yours…in effect a mixture of rugby scrum and sumo wrestling with great big heavy sticks at hand in the midst of the line. The line can twist around and strategically the unit can be ordered in shouts to the wheel to right or left to throw the enemy off balance, so the whole thing often swings around at dizzying pace 180 degrees or more.” 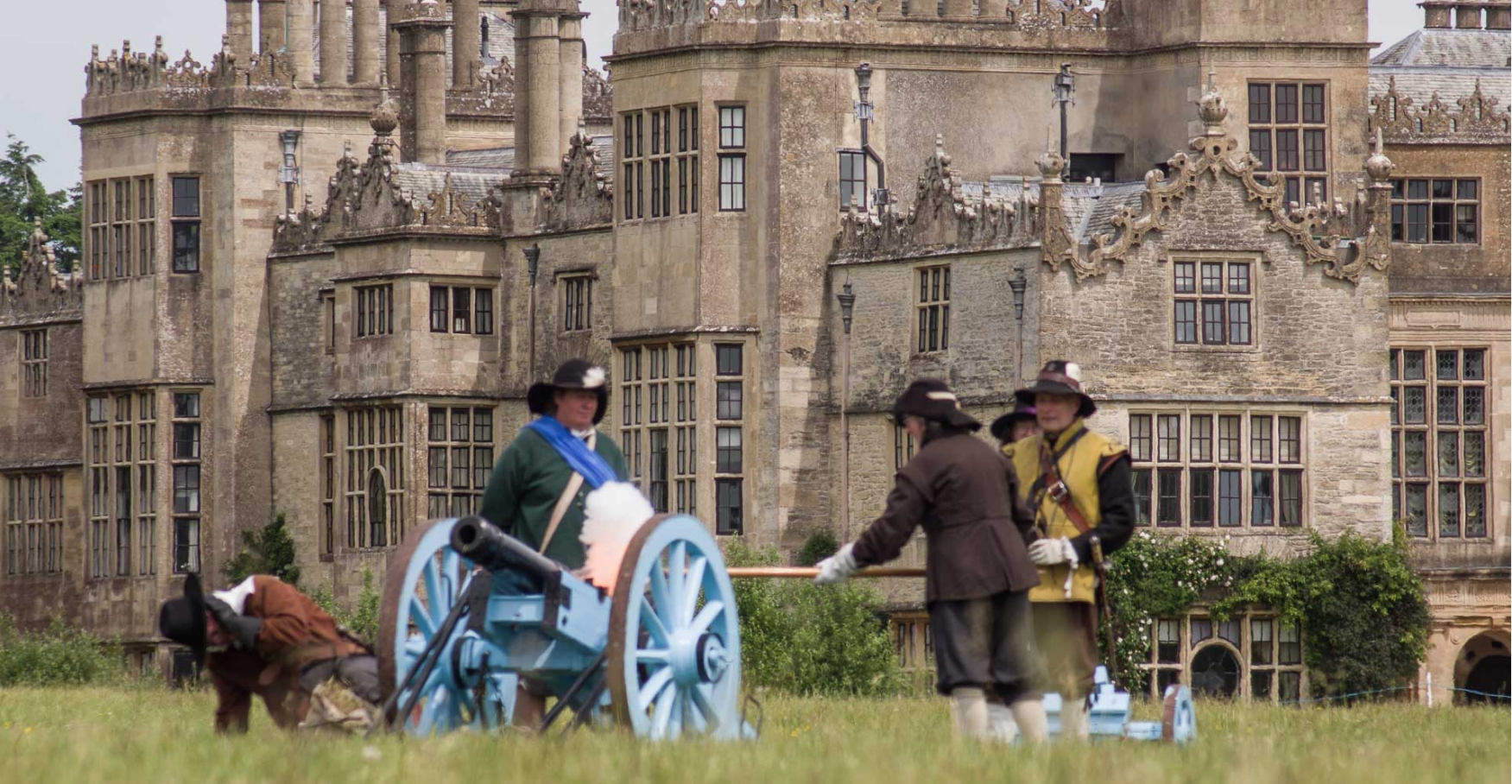 The charge follows charge, with bruising collisions and smashed pikes. But the aftermath of battle finds our pikeman enjoying a drink with his erstwhile enemies and discussing obscure details of regimental history. Members of the public, meanwhile, wander around the tented living-history village, learning about 17th-century medicine or glass making or politics.

The importance of the Sealed Knot

Professor Hutton believes the Sealed Knot plays a significant role in encouraging the study of history, but he also perceives a more serious cultural role. “More deeply,” he explains, “reenactment is part of the massive sense of loss of direct contact with the past caused by the acceleration in technological and social change from the mid-20th century. Family history and the ‘heritage’ industry are other aspects of the urge to reconnect, somehow, with a lost world.”
There is a ceremonial quality to reenactments that bears Hutton’s opinion out. Last year the Godolphin Regiment of the Sealed Knot organized a series of events to commemorate the disastrous rebellion launched by James, Duke of Monmouth, in the summer of 1685.

Read more: The story of the Salvation Army

From Monmouth’s landing at Lyme Regis to the bloody Battle of Sedgemoor in Somerset (famously the last battle to be fought on English soil), every skirmish, meeting, and march was reenacted with astonishing vigor and attention to detail. Some participants had lost relatives in the rebellion, which even today casts a shadow over the region, and seeing them in action it was obvious that they were enjoying themselves tremendously—seeking to achieve, in their carefully researched performance, a cathartic union with the violent past that had made them.