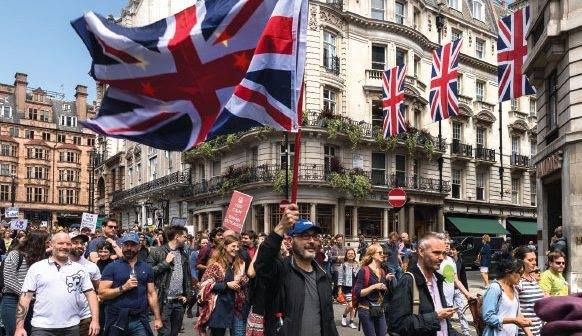 
Ah yes, may you live in interesting times. It is hardly news that the public forum in Great Britain this summer has been dominated by the stunning, shocking, unexpected (pick your adjectives) news that the UK has voted to leave the European Union, and of the inevitable political fallout and sky-is-falling hysteria on so many fronts.
Though I didn’t know if the numbers would tumble, I seem to be one of the few people not actually surprised at the Brexit result (and wished now I’d placed a bet at Ladbrokes or William Hill, of course).
When I was there in April, London was all abuzz with Remain. The cosmopolitan world capital, filled with civil servants, City financial workers and trendy young idealists from across Europe and beyond made Remain the social currency of cafes and pubs from Kensington to Greenwich. Only small-thinking provincials would dream of isolating Britain from the Community.

It felt quite different, however, as I traveled for a couple of weeks across East Anglia and the East Midlands. That buzz on the streets was not so cheery, and I chatted with folks in pubs from Suffolk to Lincoln. In general, the generation divide proved true. Older generations favored Leave and the young voted to Remain. And most of the results I suggested in “Sceptered Isle” in our last issue proved true.
As expected, Scotland voted heavily to Remain, and for predictable and not incomprehensible reasons. In a sense, however, they did not understand the fight south of the Borders. The same might be said for Northern Ireland. This time, Wales sided with England. The flashpoint issues such as legal immigration, not being able to control their own borders and the punishing regulatory control that Brussels increasingly imposed on British life were all bundled into the issue of sheer National Sovereignty. Many commentators and talking heads have certainly addressed this.
In fact, however, Leave wasn’t just about the clear economic or security repercussions (besides, who could actually figure those out with all the smoke?). Nor, really, was it just about the various threads of National Sovereignty. It’s simply not something you’re supposed to recognize these days, but for native, Anglo-Saxon Brits, this was a back-to-the-walls fight to maintain their British identity that was forged by 2,000 years of history, rather than to see it subsumed rapidly into the homogeneity of pan-Europe.
Across both party lines and social classes, they are tired of having to make way; they are tired of having to pick up the tab; they are tired of seeing their way of life and traditional values crowded out in the market towns and cities that generations of their ancestors built. They are tired of having to be politically correct and put on an “it’s a small world after all” smile. From the gardens of Kent to the industrial cities of the North, the English want their country back. And that’s how they voted.
For the historically British, the long-awaited Brexit campaign aroused virtually the same kind of visceral bulldog that Winston Churchill inspired and personified during World War II. As I was told on the streets of Lincoln: “Our fathers and grandfathers fought in two wars against Germany and for France the last century. We don’t want to peacefully surrender to them now.” And that’s why they won.
Meanwhile, back in London, our publisher, Jack Kliger and I took an informal poll of London’s great taxi drivers. Eight out of eight we spoke to all voted decisively to Leave. Surprise, surprise. Of course, many of them don’t live in the central city. But then, London doesn’t fit the Leave demographic. A majority of London’s voters these days were not actually born in Great Britain.
SO, IN THE AFTERMATH of the surprising results, the pound predictably tumbled, the world stock markets took a similarly predictable savage hit, jeremiads of dire consequence abounded, and 42,000 citizens of Vatican City (population circa 850) added their names to the online petition to have the vote nullified and another referendum held. Buying opportunities instantly abounded, and most stock markets have recovered nicely already, thank you.
For all the threats, coercion and just plain retaliation heaped upon Great Britain for their vote, it won’t take long. With or without the EU, the United Kingdom has the fifth largest economy in the world. In these days of multinational industrial and commodity companies, interdependent world markets in finance, agriculture and securities, no major nation or trading block will ignore Great Britain for long–regardless of the temporary pique and pout.

“The United Kingdom has the fifth largest economy in the world. No major nation or trading block will ignore Great Britain for long–regardless of the temporary pique and pout” 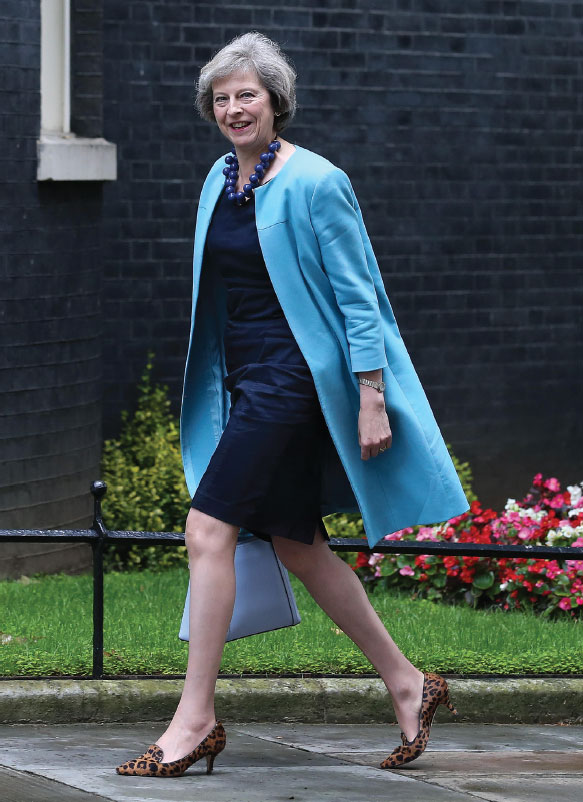 New Prime Minister Thera May will navigate the shoals of Britain’s departure from the European Union.[/caption]

To the surprise of absolutely no one, Prime Minister David Cameron took the fall. The Conservative Party had been promising the electorate a referendum on the nation’s EU membership for years. Cameron stalled as long as he could. Much more a pragmatic leader than a principled statesman, Cameron has served his career and his country as a player on the broader European stage. Throughout the autumn and winter, he had urgently and unsuccessfully attempted to get EU leadership to support British demands for greater control of their borders and considerably greater self-determination. When he committed himself regardless to leading the Remain campaign, David Cameron knew he was playing for all the marbles of his political life. He failed, and his resignation from office was assured.
What followed swiftly on the heels of Cameron’s resignation, however, was the political theater of movies and novels. Boris Johnson, the flamboyant now former mayor of London, most visible and outspoken leader of the Leave campaign, was widely accepted as the obvious candidate to take leadership of the Tory party and the Government. Then, Michael Gove, the Justice Secretary who had been a leading Leave voice and supporter of Johnson’s, suddenly turned on him and announced that Gove himself would enter the leadership contest. 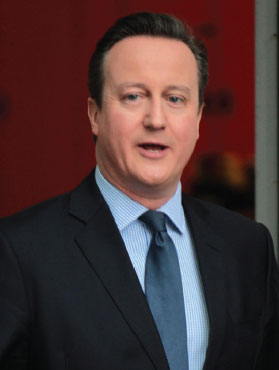 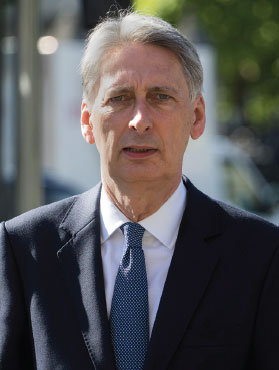 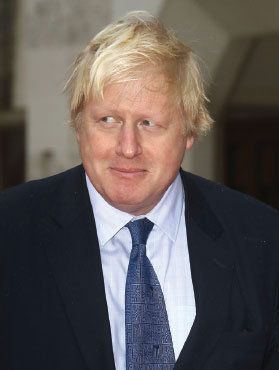 Boris Johnson quickly stepped aside. That brought to the fore the candidacy of well-respected Home Secretary Theresa May. Seen as a moderate, seasoned cabinet minister, May had dutifully, if largely tepidly, endorsed Cameron’s Remain, but she was regarded as someone that could be a uniting leader in the wake of the results.
The intricacies of the British parliamentary system of government are admittedly baffling to most Americans. It all seems oligarchic and undemocratic to us. In swift order, Conservative MPs, as the majority party in the Commons, held a round of votes seeing five different candidates for party and national leadership whittled down to two—with Michael Gove and former Defense Secretary Liam Fox being shown the door. Then, Theresa May and out-of-the-blue Energy Minister Andrea Leadsom were to campaign into September for the ballots of 150,000 Conservative activists around the country. Being out-gunned in the media and among the party leadership as a relative lightweight, Leadsom suddenly withdrew. No other vote was needed, and May was announced as the next Prime Minister–effective virtually immediately. To general approval.
Now, it will be up to PM May and her Government to negotiate the country’s way through the Brexit process, establish its own bilateral trade and treaty agreements, and reconcile the country to the results. Again, if anyone can accomplish this smoothly, the woman walking in the footsteps of Margaret Thatcher as the second woman British PM is thought capable of doing so. The next few years will show, before May has to take the results to the country in the next General Election of 2020.
IN THE MEANTIME, and for better or for worse, the dollar-pound exchange rate, currently floating at around $1.35 to the pound, makes Great Britain hugely affordable for Americans. Travel, goods and services are at their least expensive for us in 30 years. The British pound is just begging Americans to come abroad, and in a show of hands-across-the-sea friendship for our strongest ally, contribute our support to their recovering domestic economy.
Now is definitely the time to be planning that long-postponed trip to the Lake District or Cornwall, South Wales or Yorkshire. Hotels, transportation, food and drink, theater tickets, gift-shop souvenirs and Scottish woolens all come to Americans at a 20 percent discount compared to a year ago.
Since real life has a way of proving most prognostications wrong, it is impossible to predict what will transpire in the Europe of the next few years. Strong nationalist parties have emerged in countries from Austria to the Netherlands and have been gaining strength in Germany and France. Inspired by the success of Britain’s Leave campaign, similar referenda in other EU member states seem likely to be forthcoming.
Prime Minister May has her work cut out for her. In addition to the intricacies of Britain’s as graceful-as-possible exit from the EU, the immigration reality with its attendant pressures on housing and jobs, huge systemic problems within the National Health Service and the continuing restlessness for Scottish independence will keep Westminster and the ministries of Whitehall in the headlights for months to come.
While out in the provinces, from Liverpool to Lincoln, millions of British nationals go about their daily lives humming “There’ll Always be an England” and “Rule Britannia."
Interesting times indeed. 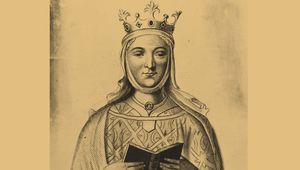 A history of Eleanor of Aquitaine

Eleanor of Aquitaine was a major figure in the middle ages and a pr... 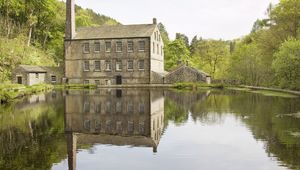 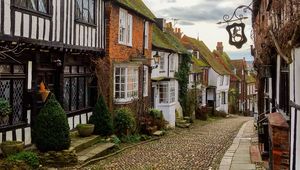 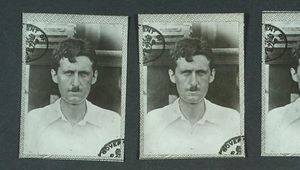 Have a look at this incredible footage from George Orwell's 1984 pr... 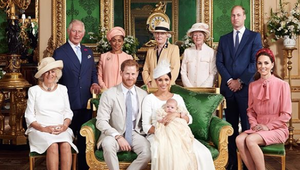 The 7 strangest rules the Royal ... 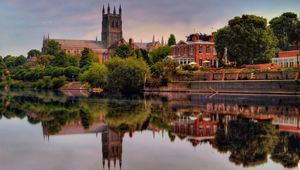 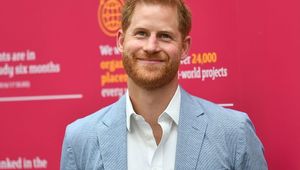 Prince Harry speaks out about Mexit

Prince Harry has spoken out about his and Meghan Markle's decision.

A history of Eleanor of Aquitaine

Eleanor of Aquitaine was a major figure in the middle ages and a pr...

Have a look at this incredible footage from George Orwell's 1984 pr...

The 7 strangest rules the Royal ...

Prince Harry speaks out about Mexit

Prince Harry has spoken out about his and Meghan Markle's decision.