A mini court in the country 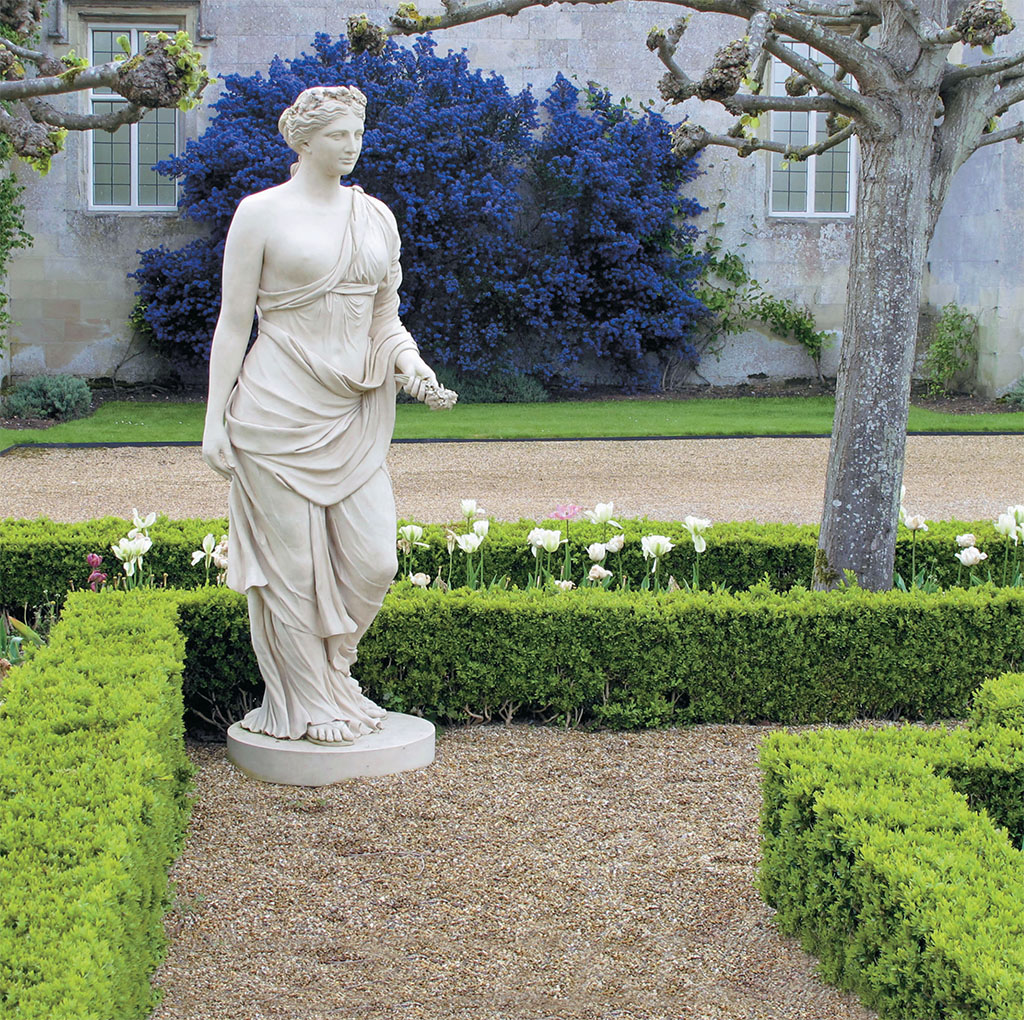 The formal North Forecourt, with its box-hedged beds of tulips and pleached lime trees, was created by James Wyatt in 1809.[/caption]

You can literally step around the corner from the Tudor to the Stuart era at Wilton House: from the East Front originally built by the 1st Earl of Pembroke, to the South Front façade created by the 4th Earl and which, together with the State Apartment indoors, bears glorious witness to the popularity of the Palladian style of architecture in the mid-17th century.
This remarkable house, three miles west of Salisbury, Wiltshire, has been in the Herbert family since 1544, when Henry VIII gave the then Benedictine abbey to Sir William Herbert following the Dissolution of the Monasteries. The Herberts were an energetic Welsh border family that first rose to national prominence in the 15th century; Sir William, later 1st Earl of Pembroke, married Anne Parr, sister of Henry’s sixth wife. Every monarch from Edward VI to the present day has come calling at Wilton.
The 1st Earl transformed the monastic buildings into a Tudor quadrangular mansion. But tastes change and by the 1630s Charles I, who “did love Wilton above all places: and came thither every sommer,” suggested alterations. In short, the house was to function as a mini court whenever he sojourned in the country. The 4th Earl of Pembroke, who was Lord Chamberlain, understood perfectly well what was expected of him, while Charles even helpfully suggested an architect for Wilton, his own Surveyor of Works, Inigo Jones.
Inspired by ancient Rome and Italian Renaissance architects like Andrea Palladio and Vincenzo Scamozzi, Jones pioneered the classical style of building in Britain: in particular the carefully balanced proportions that would hallmark the Palladian movement. He was the first English architect in the modern sense of the word and made the decisive break from medieval and Elizabethan traditions. Admire, for example, his cool lines at London’s Banqueting House and the Queen’s House, Greenwich.
At Wilton, Jones worked through assistants, with Isaac de Caux effecting the south elevation and designing the large formal garden. John Webb executed the State Rooms between 1648–55, after a fire in 1647 had gutted previous work.
Wander down to the River Nadder in the gardens for a good view back to the South Front. What you see is actually just half the width of original plans—scaled down by financial and political circumstances—and the overall effect is one of classical modesty, with a Serliana (Venetian window) as centrepiece and two flanking towers. The formal State Apartment along the inside of the South Front, though, throws modesty to the winds. 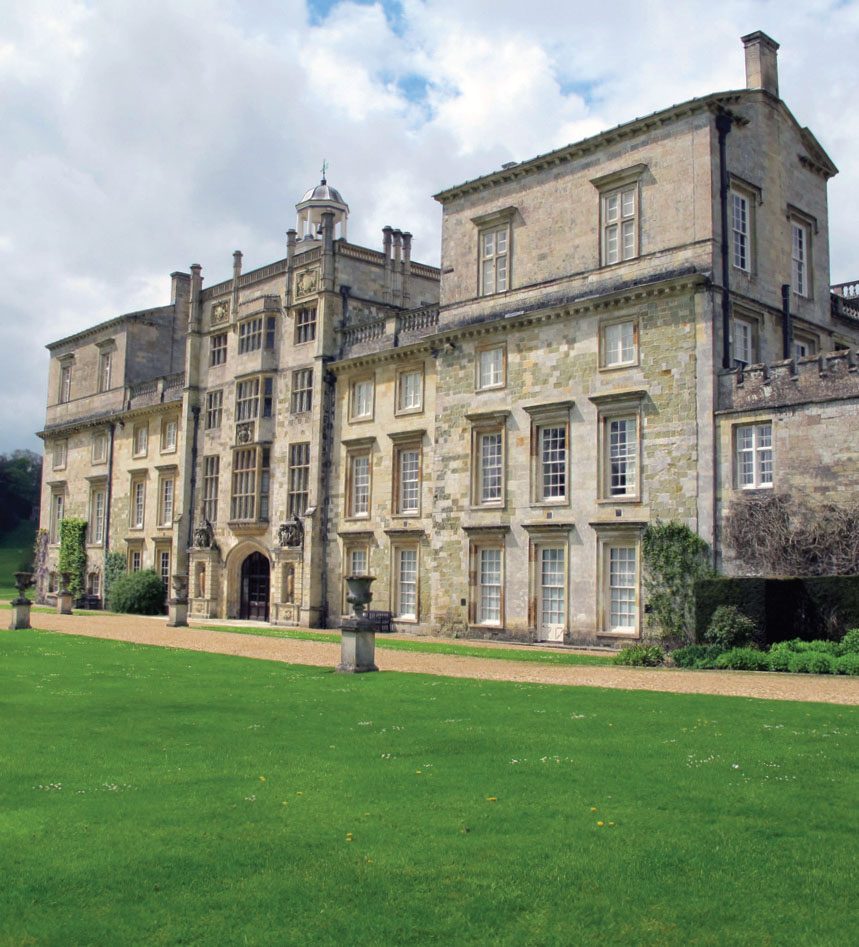 Every monarch since Edward VI has come to call at Wilton.[/caption]

The Apartment followed the concept of a progression of staterooms, a feature in palace plans across Europe in the 16th–17th centuries. Mirroring the function of courts, the idea was to regulate contact between sovereign and subjects through a filtering process; many people might mingle in the first room or two, but few stepped beyond. At Wilton you begin in the Single and Double Cube Rooms where Lord Pembroke and the court might meet and dine with the king. Beyond, separated by an ante room, is where the king could retire to his private suite of bed chamber, dressing room and closet; only the most privileged courtiers and trusted servants gained access to the royal person here.
So, follow in the steps of 17th-century upper-crust hopefuls into the Single Cube Room, harmoniously proportioned at 30 feet high and 30 feet square.Decorations are ornate and lavish,with carved and painted pine panelling, a ceiling cove daubed with bright, Roman-inspired grotesques, and 26 paintings in the dado featuring scenes from Sir Philip Sidney’s Arcadia—a work written when the author visited Wilton in the late 16th century (his sister Mary was married to the 2nd Earl).
The central ceiling panel raises a frisson—depicting the Fall of Icarus, it’s an allusion to the catastrophic end of Charles I’s high-and-mighty court. Beheaded in 1649, poor Charles never got to enjoy the completed State Apartment. The 4th Earl of Pembroke, who niftily supported Parliament against Charles, also died that year and so the 5th Earl (who equally deftly supported the Restoration of Charles II) oversaw final refurbishments. Future worthies, right up to King George III in 1778, would reap the benefit of “holding court” here. 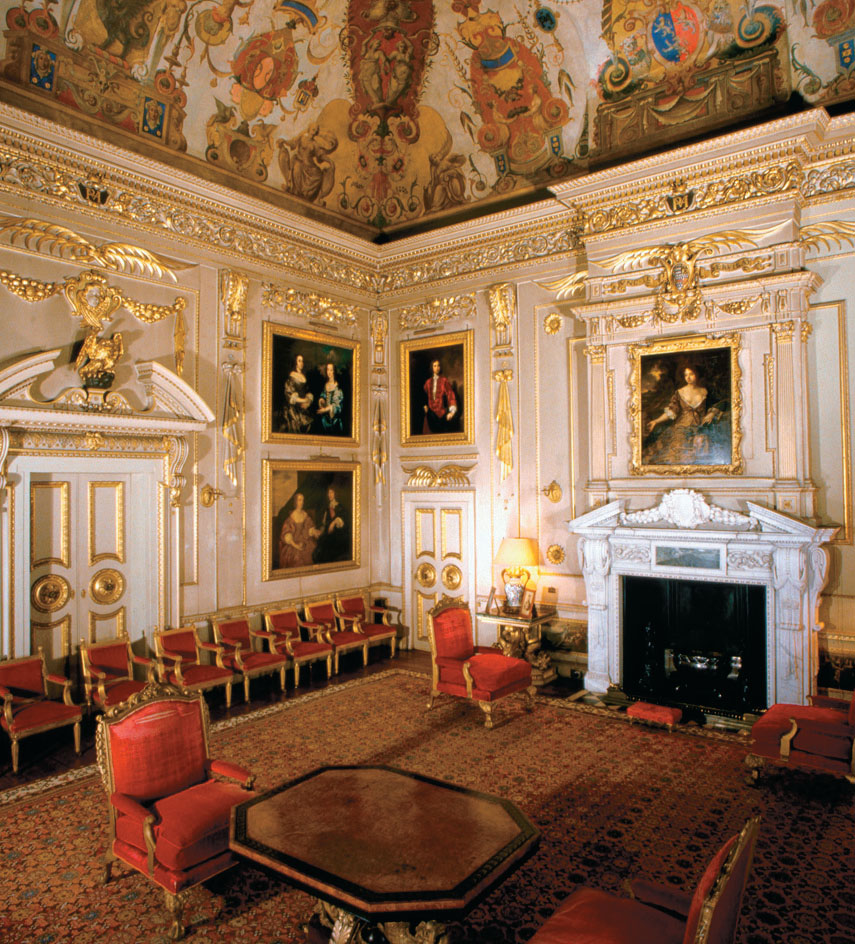 On, then, to the swaggering Double Cube Room, so named for its 60-foot-long, 30-foot-wide and 30-feet-high proportions. Earlier known as the King’s Great Room, it overwhelms with carved fruit and flowers dropping down the wall and with ceiling panels painted in the classical manner to show the legend of Perseus. It’s a wall-to-wall showcase of portraits by Van Dyck and his studio, collected by the 4th Earl and including the 17-foot-wide “family piece” of the Herberts—Van Dyck’s largest English portrait.
Just dream of the feasts here, followed by dessert in the rooftop banqueting houses, and dancing back in the Double Cube Room after the servants had cleared away the tables. The present 18th Earl of Pembroke held his wedding reception here in recent years and no doubt the hubbub of guests stirred a few echoes.
The following rooms are increasingly intimate, and alterations, where they have taken place, show the respect of later generations for Inigo Jones’s work. The Great Ante Room, bristling with Van Dyck and Dutch paintings, leads to the King’s Bed Chamber where a typical Jones/Webb chimneypiece with architectural overmantle dominates. Royal privacy was still limited—going to bed and rising were ceremonial occasions assisted by court officers. Next door, in the King’s Dressing Room, however, the sovereign could relax on his own amid a plethora of fine small paintings and with superb views of the garden. Finally, there’s the inner retreat of the King’s Closet, replete with more paintings. Once, a door led to back stairs for the summons of trusted servants.
Today’s garden at Wilton House is an essentially 18th-century landscape, featuring randomly placed cedar trees, densely planted hillside and the beautifully proportioned Palladian Bridge over the River Nadder. To gain an impression of Isaac de Caux’s (now swept-away) 17th-century formal parterre, famous grotto and waterworks, you will need to study the Leonard Knyff painting that hangs indoors.
The later story of Wilton reflects the shift in the way English country houses were used, with ceremonial formality ceding to demands for comfort that required living rooms, guest bedrooms for weekend parties and circulation corridors. In the early 19th century, James Wyatt part rebuilt the north and west sides of the house, also adding two-tier cloisters to improve access to rooms—and provide a gallery to display the 8th Earl’s magnificent classical sculpture. The Herberts have always been noted for their artistic tastes and patronage, whether of Shakespeare or in the founding of the Wilton Carpet factory in 1699.
The 18th Earl of Pembroke has continued his father’s impressive programme of restoration work at Wilton. Doors are open to the public, and for hosting wedding receptions and filming—Mrs. Brown and The Young Victoria, among many titles. There’s an annual Antiques Fair, and Wilton Classic and Supercar Day (a personal passion of Lord Pembroke), while farming continues as a traditional core activity on the 14,000-acre estate.
Visit this particular old house and you’ll certainly relive the exquisite sense of attending a 17th-century court in the country, but you’ll also feel the homelier vibes of later developments, the home of the 18th Earl and his young family.

Wilton House is 3 miles west of Salisbury, just off the A36 to Bath. It’s a 2-hour drive from London. Trains from London Waterloo to Salisbury take 90 minutes, www.southwesttrains.co.uk, then taxi or bus (every 10–15 minutes, www.wdbus.co.uk) to Wilton.
For 2013 opening times at Wilton House, see www.wiltonhouse.com. 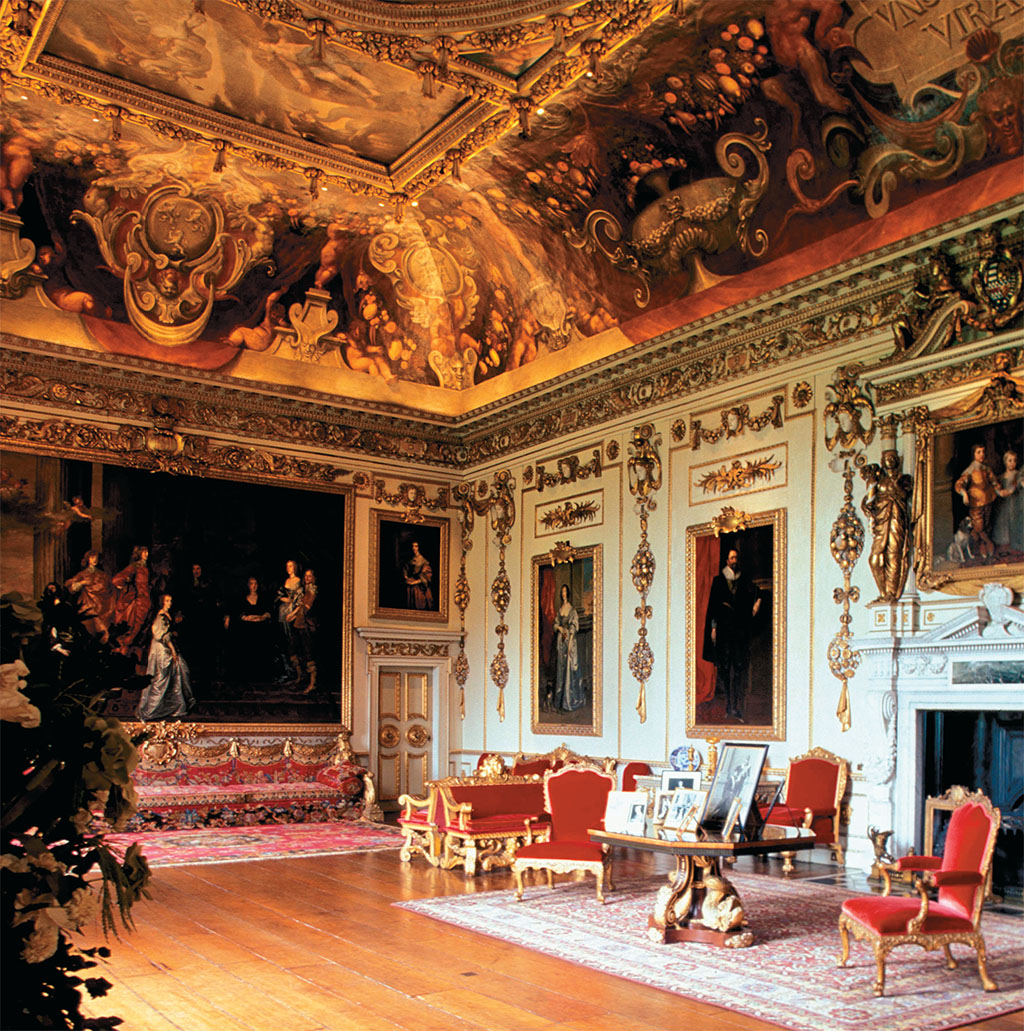