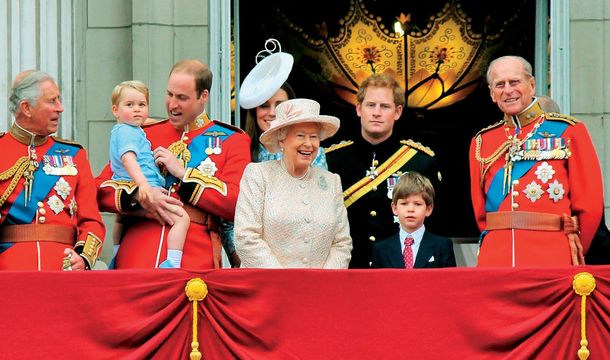 It has been a historic and busy past few years for the monarchy, the Royal Family and Royal watchers everywhere. We have had The Queen's Diamond Jubilee, the wedding of William and Kate followed by the births of adorable Prince George and Princess Charlotte (with another on the way), the retirement of the Duke of Edin-burgh, the Queen's record tenure on the throne, the 20th anniversary of Princess Diana's tragic death and now HRH The Prince of Wales setting his own longevity record for that title.

Yes, there are still Royal families across Western Europe, from Spain to Scandinavia. By and large, however, they live quietly in the shadows and in the social pages, with only the most perfunctory of ceremonial functions. Only in Britain do the monarch and Royal family play a prominent (yea, preeminent) role in society and the national identity.

Of course, the forms and functions of the monarchy have evolved considerably since 1215, when King John was coerced and cajoled into surrendering absolute and unfettered power in the Magna Carta, formally recognizing the rule of law and the rights of his barons. Over next centuries, the monarch and subjects clashed a number of times rial in central Oxford—among many over those notions.

After 300 years and the Wars of the Roses, the Plantagenet dynasty came abruptly to an end at Bosworth Field in 1485. The victorious Henry Tudor, his son and grandchildren reigned over a “modern” Renaissance—a golden age of art, music, literature and global exploration, and England's continuing rise to prominence among the powers of Europe.

As the well-known story of Henry VIII's wives, the execution of Mary Queen of Scots and (this issue's next centuries, the monarch and his Puzzler image) the Martyrs Memorial other examples—all bear testimony, the Tudor monarchs retained the power of life and death over everyone. It was a power that could be exercised for “high crimes,” or for religion, personal disloyalty, disobedience or pique. Virtually anything the King or Queen wanted could be attainted as treason—and any kangaroo court required could be suitably stacked.

The Reformation, however, was bringing a dramatic change of world view to British shores. This was not simply a matter of religion, but a completely new way of looking at the individual and society. Protestantism asserted that each individual was spiritually equal and responsible for themselves before God—without the mediation of the Church and clergy. If there was equality before God, then the distinctions and privileges of rank in the social order inevitably began to unravel as well. The great “chain of being” was broken.

With ideological vigor, the House of Commons chipped away at the authority of King and the aristocratic power structure. The ultimate clash of world views was the English Civil War of the 1640s. The triumph of Parliament over the Royal absolutists changed the monarchy forever. The Commons ruled, if the King or Queen reigned. It is far more than a footnote, however, that the America we appreciate today was one of the results.

Slowly but surely, through the generations of the Georges and Queen Victoria the constitutional monarchy that we recognize today evolved. Far from the capacity to have the order “Off with his head” obeyed, these days the monarch is intended to have no political or legal voice at all. It seems rather ironic that the less actual power the monarchy has enjoyed over the centuries, the more popular they have become.

The greater irony, of course, is that the British Royal family, with its trappings of pageantry and tradition, has been immensely fascinating to and popular with Americans since the time of Queen Victoria. Yes, we do love celebrities and their mystique, but there is more to it than that.

Just as the monarch, now our much-loved Queen Elizabeth II, has become the personification of British national identity (and ex-officio Head of State), so the Royal family has become emblematic of the many ties—historic, cultural, ideological and familial—between our nations. It is hardly accidental that Britain and America have been the closest of international allies for more than a century.

No, by no means would we want a monarchy in any form for the United States. Even a purely titular King runs counter to the democratic principles that took shape in the 1700s, fired our drive for independence and defined emergent America. The parliamentary form of government in Great Britain, however, evolved through centuries of history, with a trail of bloodshed and sacrifice far costlier than our own birth pangs. 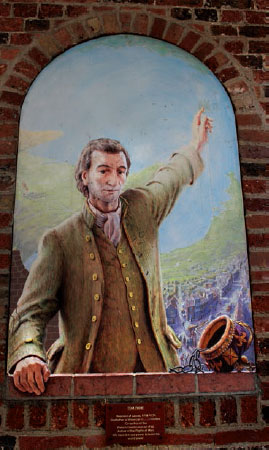 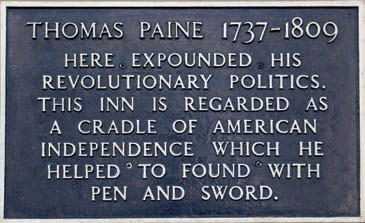 This plaque on the White Hart Inn in Lewes is but one reminder that the ideals motivating American independence first found their expression in Britain.[/caption]

That we have taken two paths to fundamentally the same place has brought us to an alliance more than a century old based on the shared human values and cultural norms that are our mutual root. It was 100 years ago that American doughboys crossed the Atlantic to join the Tommies in the trenches of World War I, and we have stood in combat together in World War II, Korea, Vietnam and Afghanistan. While Americans have fought because Uncle Sam needed us, British soldiers have fought for Queen and Country.

Certainly, the pomp and circumstance, the trappings of monarchy and incomparable pageantry come with an expensive price tag. Maintaining palaces, castles, ceremonial guards, proper security and the seemly Royal household costs millions of pounds. At the same time, the Royal mystique contributes mightily to the reason Britain attracts eager travelers from around the world—including three million Americans a year. I still remember vividly the several occasions when I have seen The Queen.

The cost of the monarchy is borne by British taxpayers, of course. It is no secret revelation, however, that such expense amounts to less than 70p per person per annum. That is a price that most of Her Majesty's subjects are happy to sustain. While the political power of the Crown has been defused by history, The Queen and Royal Family provide continuity with that history—a visceral reminder of their identity and a source of pride.

There are lessons we can learn here. As George Santayna poignantly observed, “Those who cannot remember the past are condemned to repeat it.”