The Thames Path, Flaming Chorizo and the Queen’s Wine Merchant 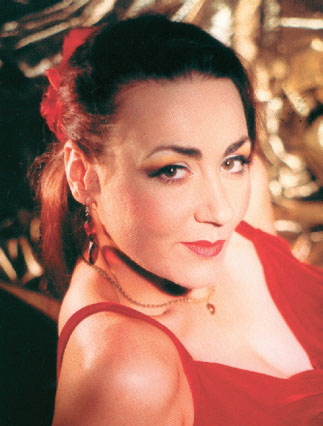 BLACKHEATH HIT the headlines over the summer bank holiday as thousands of campaigners chose it as the venue for this year’s Climate Camp. It’s an appropriate place for protest—people have been doing it there since the 14th Century. Wat Tyler led the Peasants’ Revolt from there in 1381. And there have been countless marches and workers’ disputes there ever since, from Jack Cade’s Men of Kent through to the Cornish Rebellion. They’ve been variously described as heroes—or an unruly rabble.
I wandered over to see what this particular unruly rabble would be like and was immediately impressed with their organisation. There’s been conflict between protesters and the police recently—the violence of the G20 Summit a few months ago still smarts on both sides, but this time an uneasy truce seemed to have been called. The campers had enclosed a section of the heath for their tents, but welcomed inside anyone not officially the police (who watched warily via cameras mounted on cherry-pickers). Locals were treated with respect, and there were people at the gate specifically to welcome people like myself who’d just come to be curious. We were shown around the camp and invited to join in discussions and workshops. I stayed for a while, learning a little more about their views, which even among campers vary wildly. Later in the week they would hot things up by marching into the City of London and supergluing themselves (naked) to sundry City institutions, but when I was there all was peace and friendliness.

THE NEXT DAY, doing our bit towards reducing our carbon footprint, Tony and I took a cycle ride along part of the Thames Path. In case you’re unfamiliar with this wonderful walkway, it’s a path that runs, more or less unbroken, from the river’s source in the Cotswolds almost to its mouth. It’s possible to wander through deepest countryside, rural towns, famous landmarks and what’s left of our industrial docklands all the way out to the marshes in the East. When the path hits London, it splits, and you can choose to walk north or south. The southern route is a little more complete, but both sides are superb. Although it’s signposted, it’s worth getting a guidebook as the path is sometimes broken by older buildings.
The ride we took was a loop, taking us from our home close to the Dome, right round the peninsula, through industrial Charlton, where ships still load and unload at forgotten wharves. Past the Thames Barrier, gleaming silver in the early autumn sunshine, we went down to Woolwich Ferry—a crossing point where you can hop on to 50-year-old boats and sail across the river in a few minutes of maritime joy (free of charge.) From there, the path took us past old factories, open land (surprising in such a crowded city,) abandoned railway lines and a very odd little memorial to one of London’s worst industrial disasters—an explosion in a TNT factory during World War One.
All of a sudden the old East End became new, and we hit the skyscrapers of Canary Wharf, glass and steel fantasies dominating the Isle of Dogs. Here 99 per cent of the buildings are less than 15 years old, but there are still gems to be found, and we were in search of one of the best historic pubs in London—The Gun.

TUCKED AWAY down a cobbled backstreet, the pub has alleged links with Nelson. Inside it’s a series of cozy panelled rooms and squashy armchairs—perfect for a snug winter’s visit. But outside, in the garden, a white picket fence is all that divides the land from the river—affording a fabulous view of the Greenwich Peninsula and the Dome. The Gun has not one, but two award-winning menus—the year-round gastro-pub food indoors, and a wonderful summer-only open-air Portuguese restaurant, cooking whole fish of your choice before your eyes, monkfish kebabs or seafood paella. Since we rocked up (without a reservation, which is generally unwise) on the very last day of the summer restaurant, we chained our bikes outside and hoped they could squeeze us in, snaffling the only unreserved place. Inside, the phone rang. A few moments later the charming waiter announced that they’d had a cancellation; would we care to swap for one of the coveted riverside places?
Would we? We beat the guy over there. Trouble is, with the British summer we’ve just had we were a bit chilly. He brought over a patio heater. We bravely refused (we had just been at the Climate Camp), but prepared to shiver in the name of Saving the Planet. 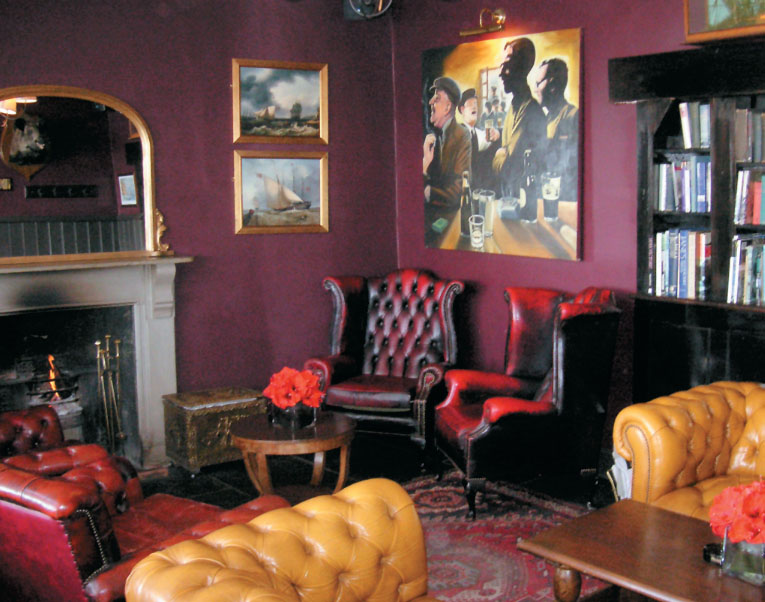 COURTESY OF THE GUN PUB

What’s so great about this place is the small things. They had anticipated that not everyone agrees with patio heaters; instead they produced a cozy rug each for us. Suitably togged up, we managed to eat outside with real style—big bowls of hearty fish stew and flaming Chorizo sausage, washed down with Portuguese wine, finished off with a fluffy natas pastry. I tell you—The Gun is one special pub, and I look forward to going back soon for the indoor menu. We got back on the bikes and rode round to Greenwich Foot Tunnel, where the God of Cyclists, clearly in a good mood that day, allowed both the elevators to work.

WE TAKE FOR GRANTED our ability to hop on the bathroom scales whenever we want to check if those few pounds we put on over the holidays are showing any signs of budging. But it was only a couple of generations ago that people were forced into the embarrassment of the “I Speak Your Weight” machine at funfairs, or the public scales at railway stations. Before that it was guesswork for most people. For the patrons of Berry Bros & Rudd, Wine Merchants to the Queen, however, a discreet extra was included in the service.

The firm started out as a coffee wholesaler, right at the beginning of London’s craze for coffee houses in the 18th Century, but the giant scales used for weighing the chests of coffee were also pressed into service measuring the weights of the company’s VIP customers, meticulously recorded for posterity in a series of leather-bound ledgers.
Amazingly, perhaps, they still exist. They currently display a selection of old weights and measures, but those giant scales still hang from the same ceiling on the same hook.
“It’s exactly the same as the photo,” I breathed.
“No.” An assistant had materialised behind me. “It’s different.”
People who work in places like this don’t do so because they like being shop assistants—or even because they enjoy a fine Burgundy. They work here because they feel part of the place’s history and love to share that joy. And this particular assistant was delighted to talk about his workplace. “That was before the wall moved,” he continued mysteriously.
“The wall moved?”
“It was knocked through to turn some store rooms into another part of the shop. It’s a good couple of feet back now.”
“But the panels look the same.”
He grinned. “We keep everything. They’re just in a different place. See that collection of bottles over there on that cupboard? We had the ceiling painted recently. We not only had to make sure the collection went back exactly as it had been, but save the original dust and put that back too.”
Virtually hopping with excitement, he gave me an impromptu tour of the place. He pointed to a framed receipt on the wall for a consignment of vintage champagne— lost on Titanic. “It’s still down there,” he said. “We hope to recover it one day.”
From the antique cellars, now turned into smart dining rooms, to the tiny passageway down the side of the shop, leading into London’s smallest public square, Pickering Place (which has enjoyed fame as Henry VIII’s tennis court and as an early-morning rendezvous for duellists). I was taken on a 300-year journey through wine by someone who knew I had no intention of buying but who wanted to share his passion for it anyway.
“And these,” he said, pulling one of several slim slightly tatty red volumes from a shelf like a conjurer, “are the record books.” He opened a page at random. “Here’s someone who was weighed with and without his cane. And look, Lord Byron. They’re all in here. William Pitt, Beau Brummel, the Aga Khan.”
“Do you still weigh people?”
“Yes, but not very much any more. Just celebrities and for publicity. We had a sumo wrestler in not so long ago—we had to use barrels to weigh him.”
“Who was the most recent?”
He smiled. “Matt Damon. We weighed him with his wallet….”
Next issue I’ll be promenading, checking out one of London’s most romantic restaurants and thanking my lucky stars for modern medicine.


THE THAMES PATH– The guidebook I use is The Thames Path National Trail Guide by David Sharp. www.nationaltrail.co.uk