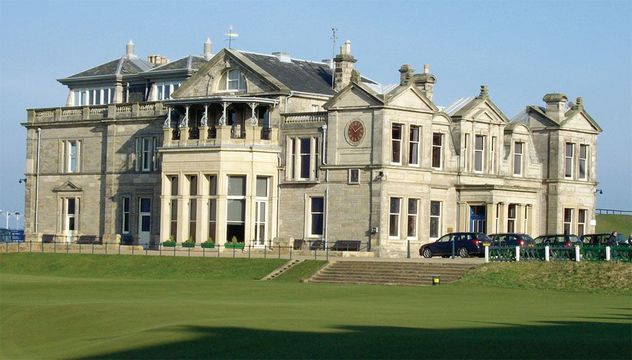 From the beautiful game of football to the oldest sports in the world, these are some of the best sports museums across Britain.

It’s difficult to travel around Britain and not notice that you’re in a sport-obsessed land. In winter, throughout the country soccer fans wearing replica shirts journey to watch their team every Saturday afternoon. In summer, you drive past village pitches where white-clad cricketers duel with bat and ball. It’s not a new phenomenon. Henry VIII played tennis at Hampton Court. Francis Drake was playing bowls when he was told of the Spanish Armada. Queen Victoria became so excited while watching a horse race that she broke the window of the Royal box!

Yes, if you want to understand Britain, you need to understand her sports. Whether you are a sport fanatic or not, a player or just an armchair viewer, the wealth of Britain’s sporting history comes alive in these great sport museums. 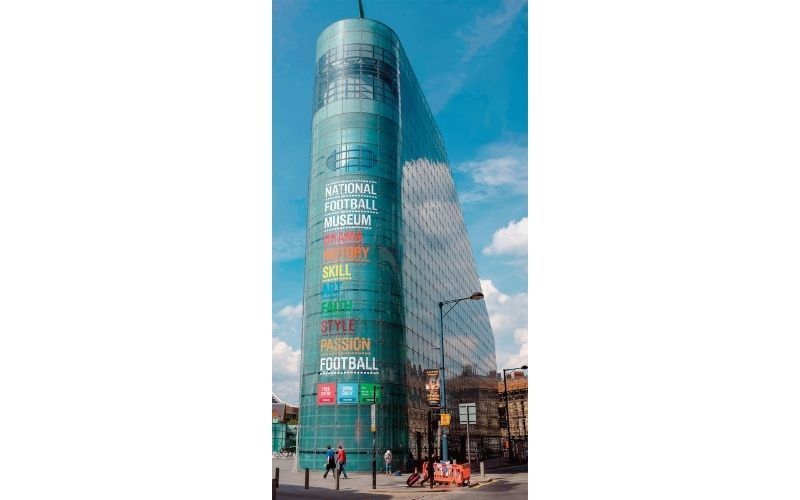 The National Football Museum is a must. As Britain’s national sport, soccer has a huge impact on British culture. It dominates the back pages of newspapers and sports coverage on television. Without doubt, soccer is the national game.

The National Football Museum is housed in the impressive Urbis Building in the center of Manchester to where it moved from Preston in 2012. Only real soccer fans were traveling to Preston to visit it, and the move to Manchester was designed to make it a more mainstream attraction.

Four floors cover every aspect of soccer and soccer history. From the first international between England and Scotland in 1863 to the massive modern spectacle that is the World Cup, the National Football Museum has it all. There are some interesting and bizarre tidbits from soccer history—wooden seats from the original Wembley Stadium, the bashed-up knee cartilage of a former player and the collar worn by Pickles the dog, who found the World Cup trophy after it had been stolen in 1966 and later accidentally hanged himself on a tree while chasing a cat. There’s enough here to spend at least a couple of hours, more if you’re a soccer fan, which is pretty impressive since entry to the museum is free.

Is soccer Britain’s most successful international export? Judging by the National Football Museum, it might well be.

If you like this, consider … the Liverpool FC Story, looking at football through the lens of one of its most famous clubs.

In 1823, while playing soccer for his school, William Webb Ellis caught the ball and ran with it. Suddenly a new sport was born, named after his school: Rugby. Or so the story goes. The truth, as always, is a little more complicated; rugby evolved slowly and the rules evolved over time.

Yet Webb Ellis remains an iconic figure in rugby history and the Rugby World Cup trophy is named after him. He is also a prominent figure in the World Rugby Museum in Twickenham southwest London, even if it is partly to burst the myth of the sport’s creation.

The World Rugby Museum houses the Calcutta Cup, the trophy contested annually between England and Scotland since 1879. Look closely and you might spot the damage caused by some inebriated players, who used the cup as a soccer ball on Edinburgh’s Princes Street in 1988. Rugby players have always had a reputation for playing hard and celebrating even harder! Also look out for an English shirt and cap from the first ever rugby international fixture in 1871.

It’s worthwhile combining the museum with a tour of the stadium, taking in the England dressing room, Royal box, medical room and players’ tunnel. You’ll walk the turf used by England internationals and the Rugby World Cup Final in October 2015.

Twickenhamwww.rfu.com/twickenhamstadium/worldrugbymuseum If you like this, consider … the MCC Museum at Lord’s Cricket Ground, another popular sporting attraction in London.

About seven miles from Twickenham, across Richmond Park and Wimbledon Common, sits the All-England Lawn Tennis Club. It’s easily possible to visit both in one day.

Just as at Twickenham, it’s possible to have a guided tour of the All-England Club, home of the Wimbledon Tennis Championships. See Centre Court, where Andy Murray ended the 77-year wait for a British men’s champion in 2013. Tours also take in Court 1, the press interview room, and the players’ restaurant and terrace. Wimbledon is unashamedly the bastion of tennis tradition; competitors must adhere to a strict dress code, sponsorship is discreet and royalty graces the championships every year.

From your tour, move into the Wimbledon Lawn Tennis Museum. It relies on interactive technology as much as historic artifacts and exhibits—an eerie projected ghost of John McEnroe guides you through part of the museum. Perhaps most interesting is comparing the clothes that competitors wore at the first championships in 1877 to modern-day outfits. The early costumes were so heavy that it’s surprising the players could move toward the ball!

All-England Lawn Tennis Club, Church Road, Wimbledon www.aeltc.com/museum If you like this, consider … viewing tennis as it was played in Tudor times at the Royal Tennis Court, Hampton Court.

Scotland has a proud sporting identity. Some sports, like shinty, curling and the “heavy” events of Highland games,are peculiar to the bonnie land. However, golf spread beyond her borders and has become as synonymous with Scotland as whisky and tartan.

The British Golf Museum, directly opposite the clubhouse, reopens in June 2015 after refurbishment and the addition of a new café overlooking the links. Museum collections cover the earliest days of the sport—Mary Queen of Scots was among those who played—up to the present day. A shirt autographed by Tiger Woods pays tribute to the newest superstar of an ancient game.

It’s possible to combine a visit to the museum with playing a round on St. Andrews’ Old Course, considered a rite of pilgrimage for many golfers. If you can’t afford the green fees (up to £160 in the summer) or there is no availability (many tee times go to a ballot), try one of the six other courses managed by the St. Andrews Links association or the two nearby courses run by the Crail Golfing Society.

Bruce Embankment, St Andrews www.britishgolfmuseum.co.uk If you like this, consider … the Scottish Football Museum, at Hampden Park, Glasgow, to explore another of Scotland’s favorite sports. 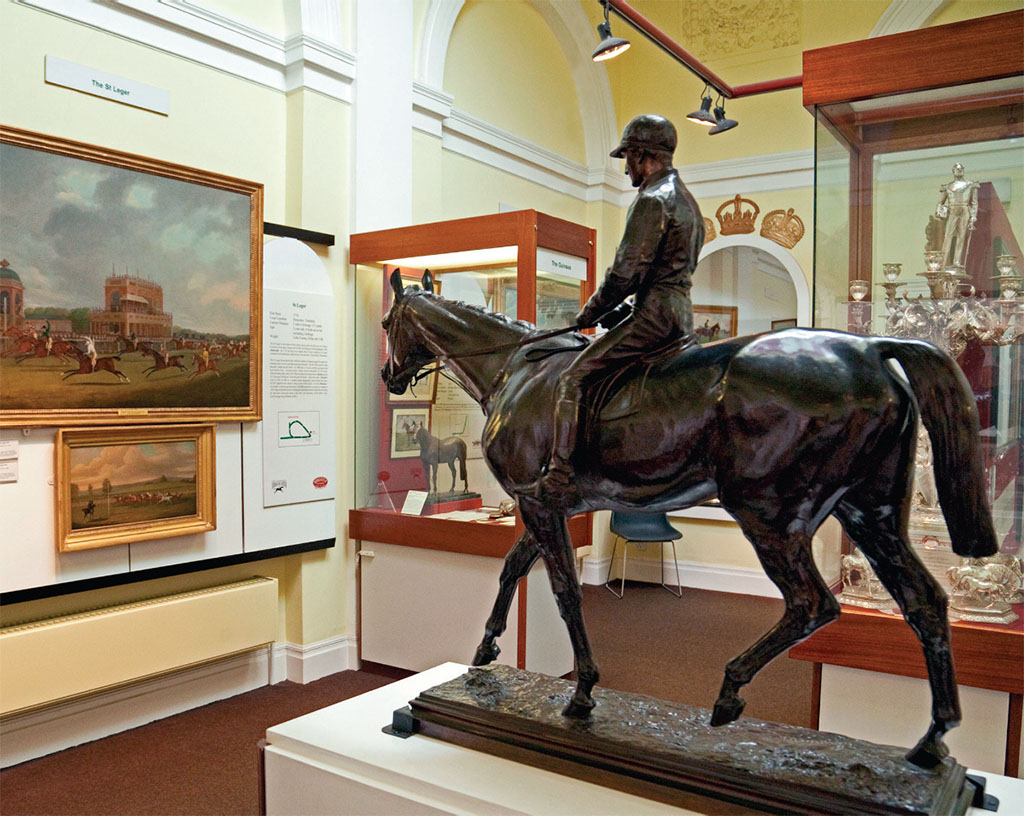 Mary Queen of Scots may have been a golfer, but the undisputed sport of British royalty is horse racing. The Queen maintains the Royal Stud and has around 25 horses in training every year, continuing a tradition dating back to Henry VIII. It is hardly surprising that horse racing is known as the “sport of kings.”

Just as all the museums featured, the Horse Racing Museum covers the growth of the sport from its origins to the present day. It is stuffed with memorabilia, artifacts and paintings. You might examine Newmarket Match Book, a precious handwritten volume containing all the races run at Newmarket from 1718 to 1788. Or you might be drawn to the racing silks worn by Frankie Dettori when he won all seven races on the card at Royal Ascot in 1996.

Personally, I was intrigued by the skeleton of Hyperion, the Derby and St. Leger winner in 1933. Hyperion was one of the smallest horses to win a British classic, but the skeleton is no less incredible for it. And, whatever you do, don’t leave without donning some racing silks and mounting the horse simulator. Find out what it’s like to ride a winner! 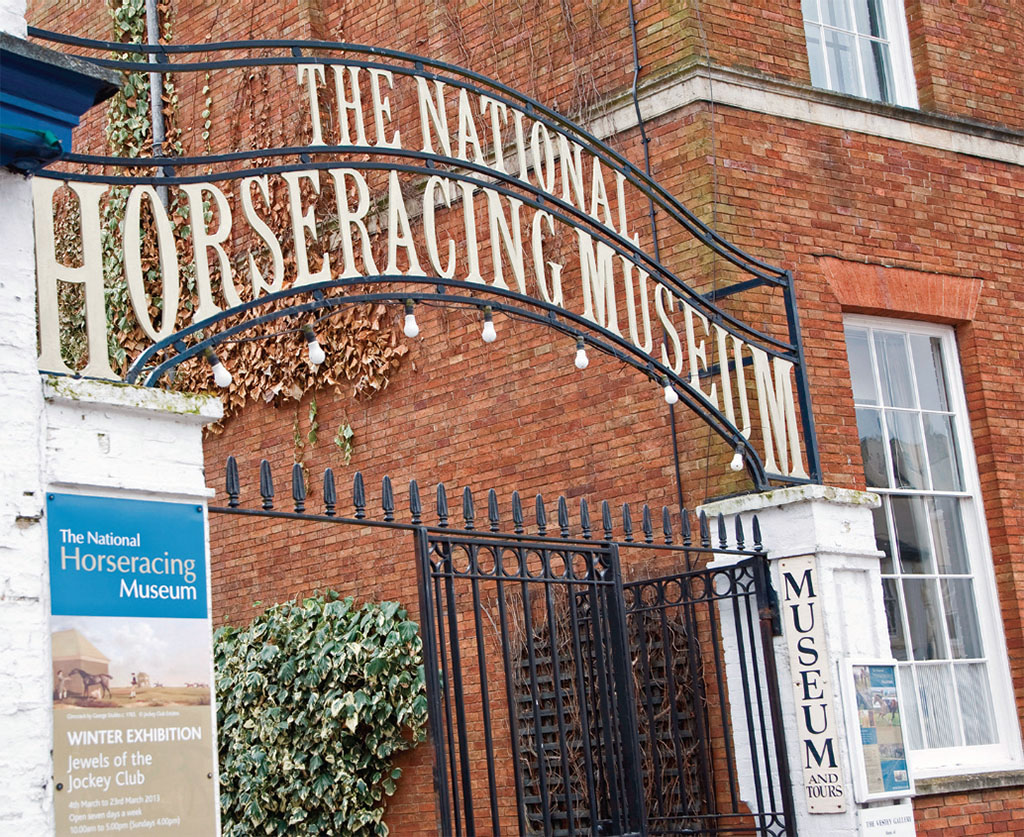 If you like this, consider … horsepower of a different kind at the Brooklands Museum in Surrey, the site of the first purpose-built motor racing circuit.

Although rowing does not enjoy the same level of participation as many other sports, it is certainly important to British culture. The Oxford v. Cambridge boat race is one of the sporting events that define the British calendar. Each spring, the BBC descends on the River Thames in force. People that typically have no interest in rowing or either university stop what they are doing to watch the latest installment of rowing’s biggest rivalry. 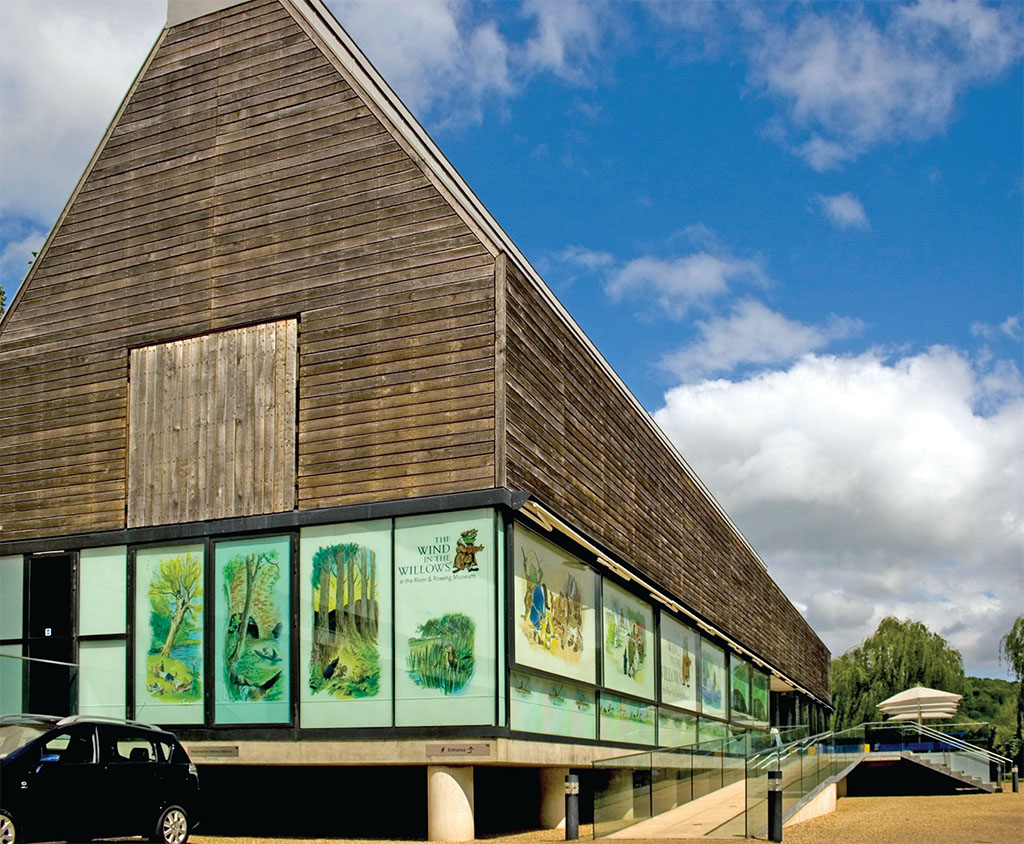 Henley on Thames is the rowing capital of England, highlighted by the annual Henley Regatta.

The River and Rowing Museum tells the story of the University Boat Race, as well as rowing at the Olympic Games, where British teams typically pick up a number of gold medals. The museum also covers the history of rowing, boat construction, coaching and nutrition. Don’t miss the interactive exhibit that allows you to sit in the cox’s seat and experience a race at the Henley Royal Regatta!

The museum has galleries as well focusing on the River Thames, Henley and The Wind in the Willows, which is set nearby on the river. 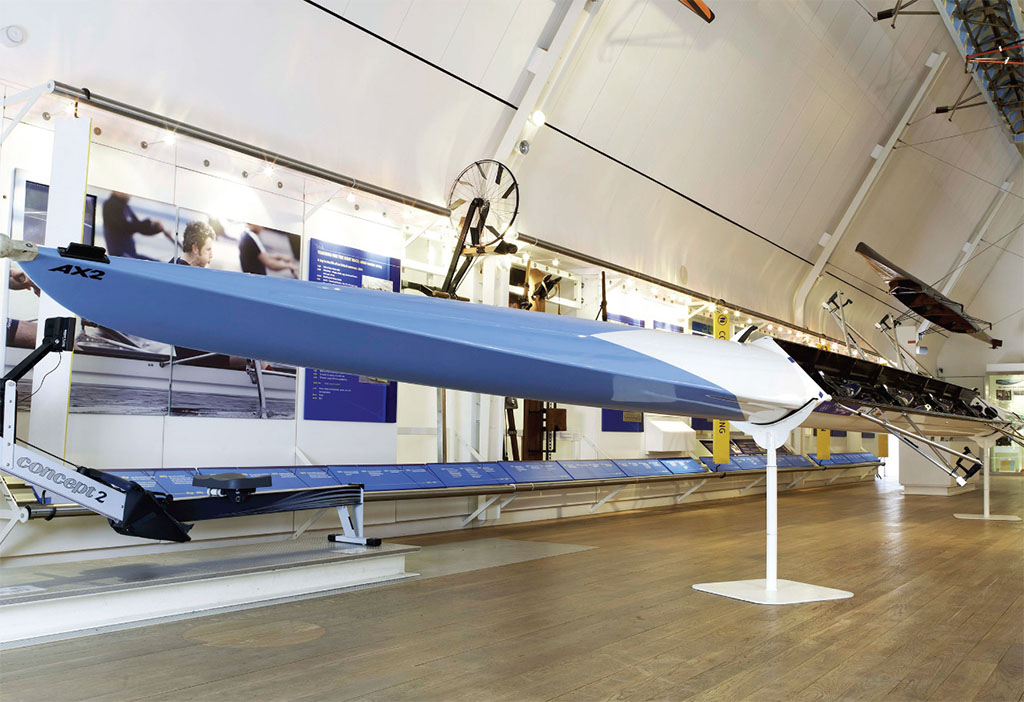 The River and Rowing Museum at Henley unpacks the science and art of one of the oldest sports in the world. via MYK REEVE

If you like this, consider … a different watersport at the Museum of British Surfing, in Brighton.