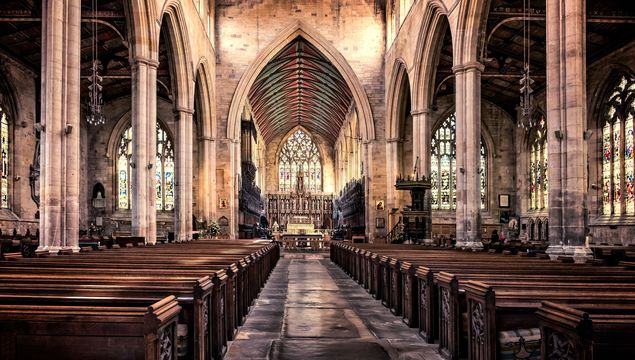 The nave and chancel of St Botolph's church in Boston Lincolnshire.The church is commonly known as Boston StumpImage: Getty Images

How a church in Lincolnshire inspired the city of Boston and the story of John Cotton.

The lantern of St. Botolph’s Church, Boston, has been shining miles across the fens of southern Lincolnshire for a long time. When work began on the church in 1309, the southern Lincolnshire port town on the Wash was among the busiest and wealthiest commercial towns in England. Every year, the finest wool in Europe from the backs of 3 million sheep passed through the port to the continent. The town’s burghers and guilds were determined to design a church fitting their provincial importance. 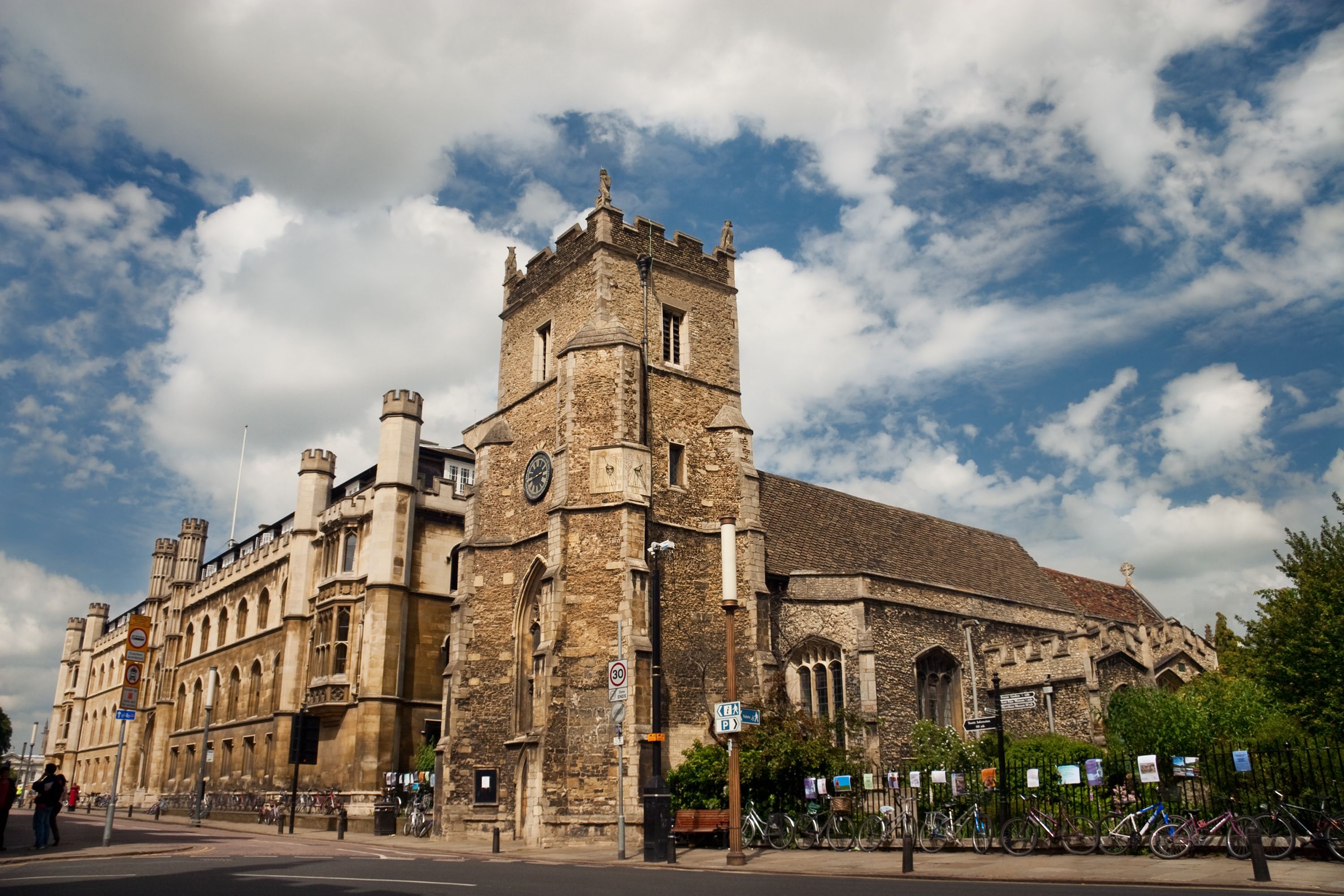 The result is the largest building in England that always has been a parish church. By the time the church was largely complete in 1390, however, Boston’s fortunes had changed. Larger ships and ports and a silting river were unhappily rendering the proud town a backwater. Nonetheless, Boston would have its statement to the world.

In 1425 work began on the church tower that would take another 90 years to complete. The highest tower of any parish church in England at 272 feet, the squat appearance of its 15th-century perpendicular architecture is the likely source of the building’s nickname, The Stump.

Though the church itself is getting ready to celebrate its 710th anniversary in 2019, it was back in the 7th century that St Botolph brought the gospel to these parts. The town, as well as the church, takes its name from the Saxon missionary monk who built a monastery nearby. The place that was first called Botolph’s Stone became shortened over the centuries to Boston.

Today, Boston is a bustling market town of 36,000. Though there is still some exporting industry in town, it serves primarily as a commercial hub for miles of market gardens spreading across the rich, alluvial soil of the fens in all directions.

The story of John Cotton

From the middle of the 16th century, when Henry VIII first began the process that became the English Reformation, Boston gradually became a Puritan town. Protestants exiled to the continent under the reign of Bloody Mary Tudor returned when her sister Elizabeth became queen, intent upon “purifying” the Church of England of its papist doctrine and worship. Among these returning exiles was Boston-born John Fox, whose Book of Martyrs became the most widely read book in England after the Bible. 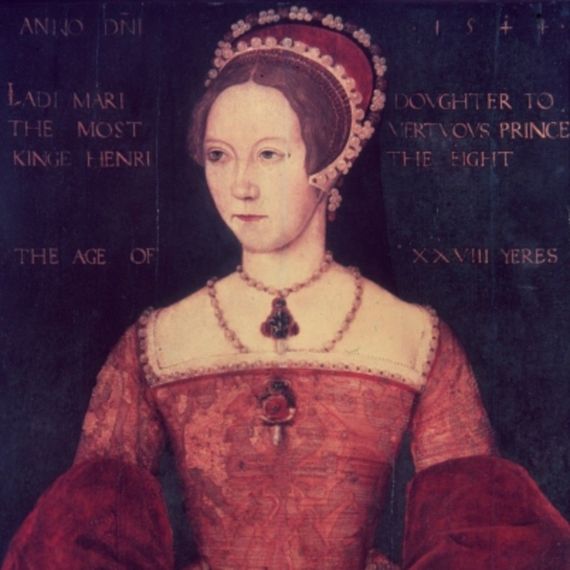 In 1612 the town councilors called the radical young Cambridge cleric John Cotton to be the vicar of St. Botolph’s. Charismatic and knowledgeable, the Emmanual College-educated Cotton became over the next 15 years perhaps the preeminent Puritan theologian in the country. Cotton drew crowds from town and far beyond, who stood in St. Botolph’s nave throughout his legendary three-hour sermons. The pulpit raised in the church for John Cotton in 1612 is still in use today. When Archbishop Laud chastised Cotton for serving the sacrament to folk standing instead of kneeling, Cotton replied there was no room for people to kneel.

Not merely did people travel many miles to hear Cotton, but a number of significant gentry families relocated to Boston specifically to be part of his congregation. Unofficial notoriety, however, brought with it official hostility in the early turbulent years of the Stuart monarchy. Church leaders with the backing of the king tried unsuccessfully to quell the dissent of Puritans and Separatists through-out the kingdom.

As the high-profile position of Boston’s Puritans brought the community into some peril, its leaders took an interest in the fledgling Massachusetts Bay Company, being promoted by the family of the Earl of Lincoln. In 1629 the church became the focus of plans to settle a colony in the New World. Leading Boston laymen Thomas Dudley, Simon Bradstreet, and William Coddington became active in the plans. With the financial support of the Earl of Lincoln and wealthy families of St. Botolph’s parish, in the spring of 1630, a flotilla of seven ships was ready to take the first wave of 1,000 emigrants to a new colony in the new world.

Members of St. Botolph’s church were prominent among those who set sail for Massachusetts Bay in April 1630, under their chosen leader John Winthrop on the Arbella, named for the daughter of Earl of Lincoln, who was aboard with her husband. Winthrop’s address to the colonists on Arbella has become famous: “We shall be as a city upon a hill. The eyes of all people are upon us.” Their pastor, John Cotton, preached a farewell sermon just a few days before the small convoy sailed from Yarmouth. 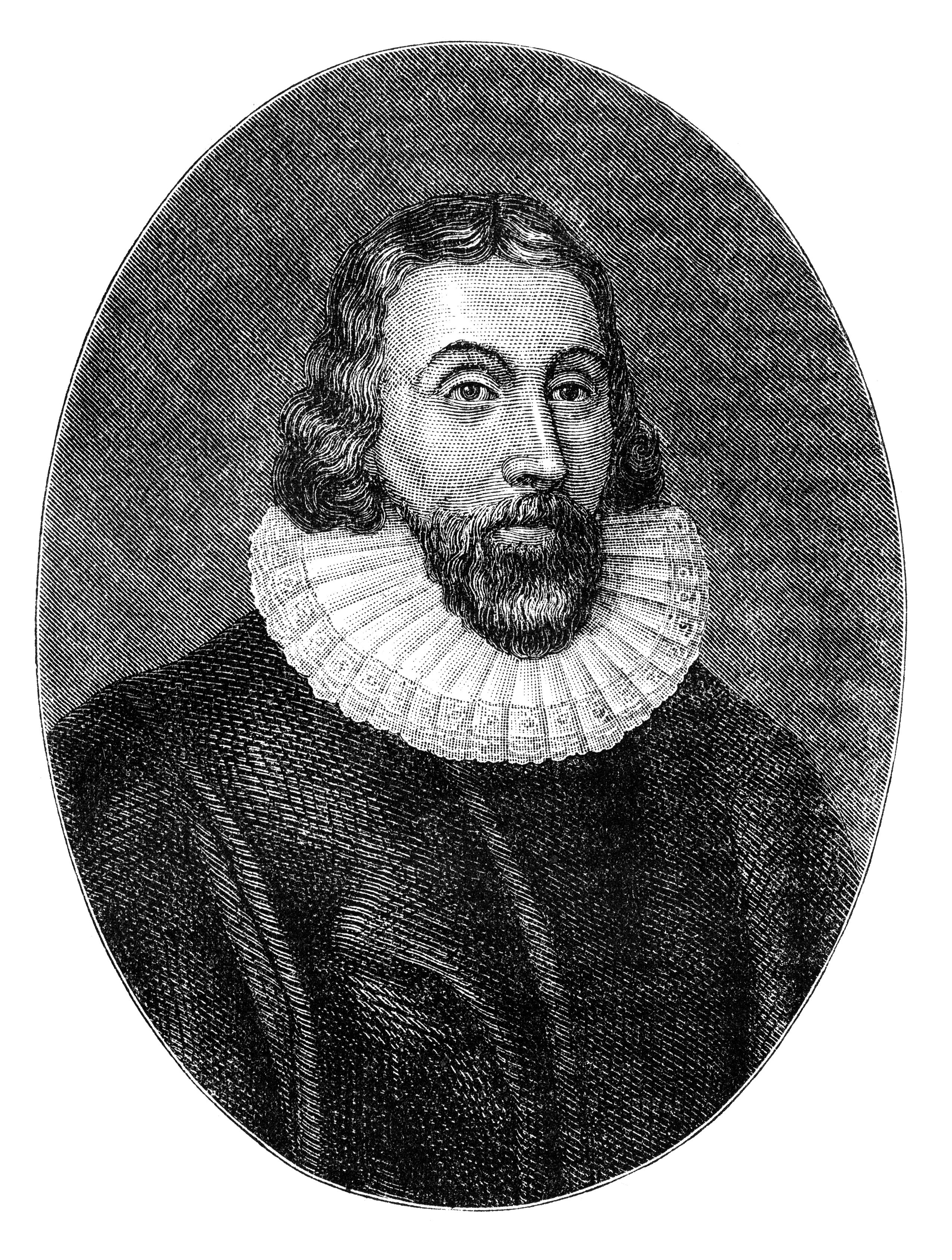 On September 7, 1630, the new settlement in Massachusetts was formally named Boston and designated the capital of the Massachusetts Bay Colony. Life along the Charles River in cold New England was hard. The early mortality rate was high and relationships with Native Americans often treacherous. Nonetheless, in the next few years, a steady stream of settlers made their way from Lincolnshire to Massachusetts.

In 1633 aboard the Griffin, John Cotton sailed to join his congregation already building the “City upon a Hill” in the new colony. Some 10 percent of Boston’s people took part in the emigration to Massachusetts Bay, including Richard Bellingham, the town’s MP.
In the new Boston, John Cotton was given the title “Teacher” in what is now the old First Church in Boston’s Back Bay. During the remaining 19 years of his life, Cotton was the “senior statesman” of the church as it quickly spread with the Massachusetts colony along the shores of northern New England. He served as an arbiter of theological controversy and largely defined the characteristics of what became New England Congregationalism.

Puritan pastor John Cotton drew thousands of followers to the largest purpose-built parish church in England, many of whom followed his dream all the way to Massachusetts Bay.

Other men from Boston and St. Botolph’s Church went on to play leading roles in early colonial Massachusetts as well. Their names are familiar to New Englanders still, in towns, institutions, and features of geography bearing their names: Thomas Leverett, Richard Bellingham, Thomas Dudley, Simon Bradstreet and others known together in the new colony as the “Boston Men.” In fact, one or another of the four served as governor or deputy governor of the colony during all but four of its first 56 years. They are memorialized in a stained-glass window in St. Botolph’s.

No, the new Boston wasn’t the first American colony. Both Jamestown and Plymouth Bay are older by a few years. It is fair to say, however, that Boston became the center of the first truly successful community and growing English colony in the New World, and that it did so largely with political and religious leaders from Boston, Lincolnshire. In fact, like Bartholomew Gosnold, John Cotton is an under-recognized figure in history. It was he who lit the flame that motivated the colony of Massachusetts Bay and, once there, more than any other single individual defined the society that became New England.

Over the years, the old and new Bostons have kept in touch. St. Botolph’s Church was restored in the mid-1800s and again between 1929-33, both times with significant help from the people of Boston, Mass. As it happens, the town offers unique hospitality for Americans as a result. 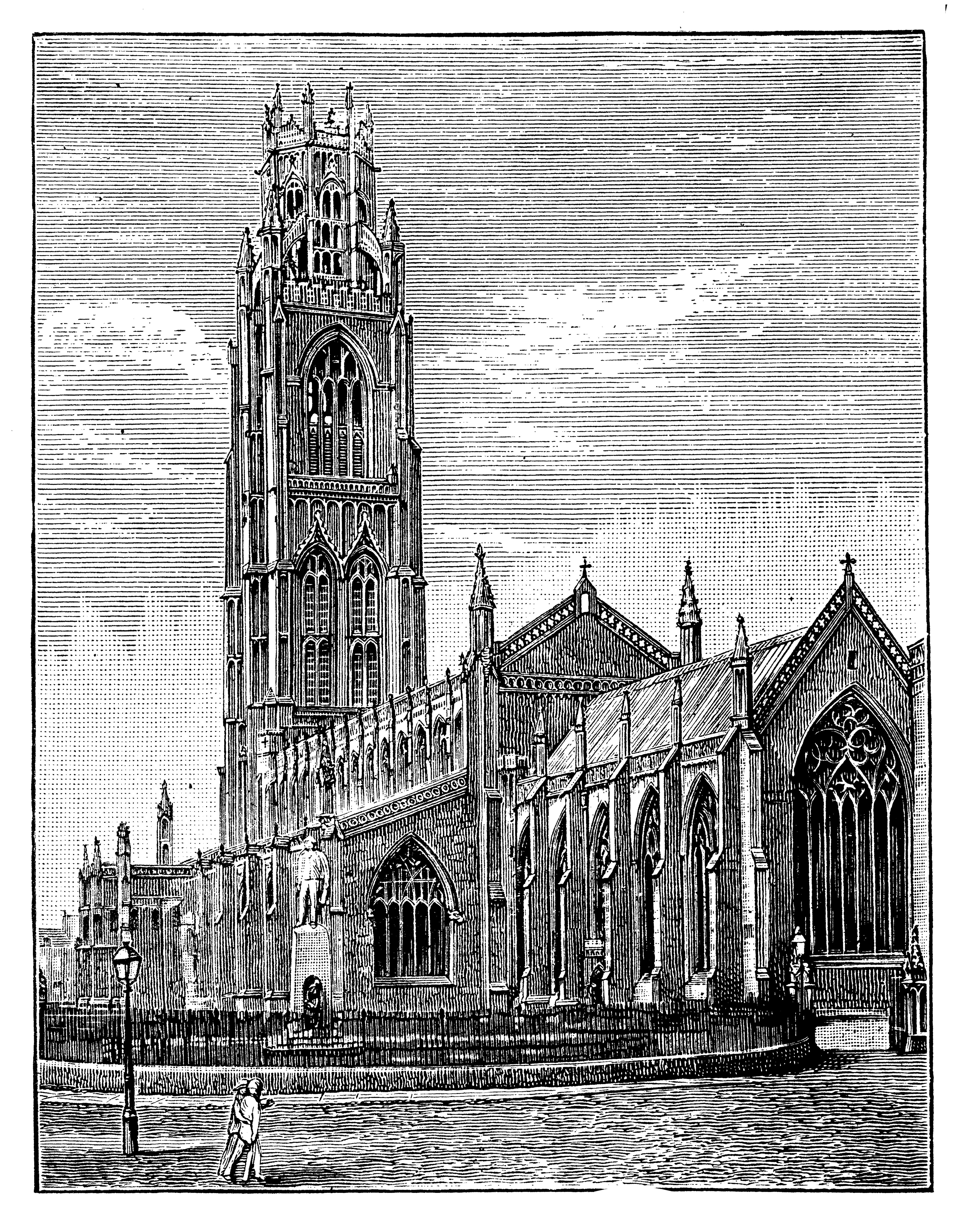 At Fydell House, a community center once the townhouse of a wealthy mercer and importer, the owner’s study on the ground floor front is designated the American Room. It is a comfortable and deliberately furnished sitting room, lined with pictures of Boston’s early well-known emigrants, devoted to the use of American visitors for rest, relaxation and writing letters home. In thanks for the aid the new Boston provided for the restoration of St. Botolph’s, the American Room was dedicated by Ambassador Joseph P. Kennedy in 1938.

You can get to Boston fairly easily by car; it’s a few hours from London using the A1 and the A16. You can also get there by train from Kings Cross, with a change in Grantham. I stayed at the White Hart Inn, on the River Witham, just off the Market Square and a couple of hundred yards from the Stump. If you’re taking the trouble to go to Boston, this is the first choice place to stay combining location and comfort. There are other options, however, including a range of B&Bs in town. The Tourist Information office is newly located near the Square, next door to the Guildhall—where the Pilgrim Fathers were tried and imprisoned 13 years before Arbella sailed. It can found at www.visitboston.com.