Every necessity for a gentleman - Jermyn Street 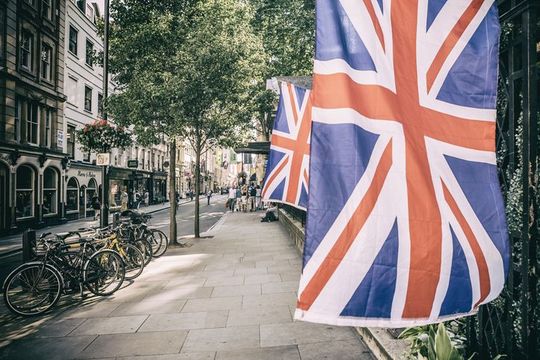 For gentlemen new to London, Jermyn Street is something of a hidden treasure.

Jermyn Street was the go-to location for Edwardian gents. It’s still in style for bespoke shirts, cigars and a nice lunch

This one-way street of interesting storefronts and the aura of a small village quietly stretches from Lower Regent Street to the Ritz Hotel—in sharp contrast to busy Piccadilly running parallel to it.

Many people happen upon Jermyn Street quite by chance. Leave Waterstone's, the largest bookstore in the UK, via its rear entrance rather than the Piccadilly front door and you will be on Jermyn Street. Or depart onto Jermyn Street from Christopher Wren’s beautiful red brick church, St. James’s Piccadilly, through its back door.

The street dates to 1664 when Charles II asked Henry Jermyn, the Earl of St. Albans, to develop this area near St. James’s Palace. It is home to some of the most expensive shops in town, many of which have been catering to a gentleman’s clothing needs for a century or two. Even if you hold tight to your wallet or purse, Jermyn Street is a great place to walk and window shop. 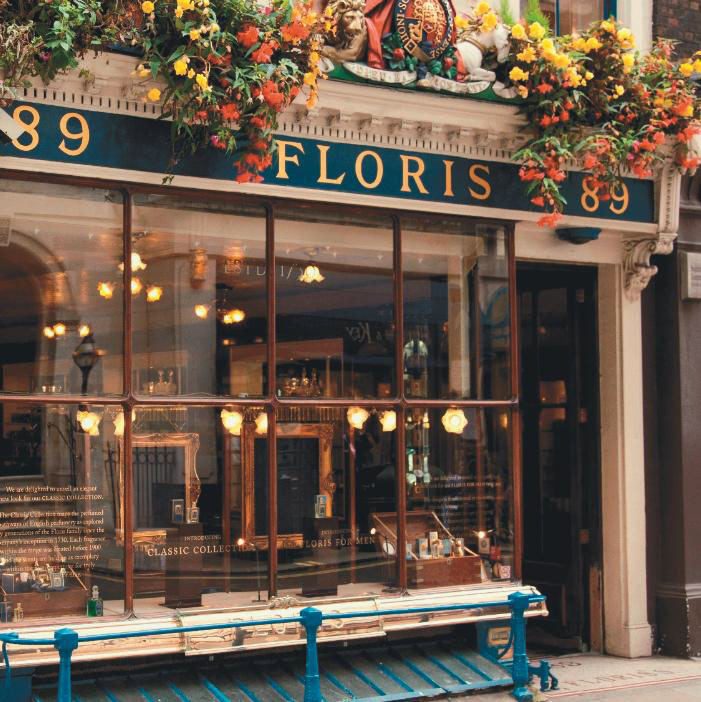 Several years ago the Crown Estate, the owner of about 70 percent of Jermyn Street, redeveloped part of the street with new shops, modern offices and residential apartments with views of Piccadilly Circus. The redevelopment closed some businesses, including Geo. F. Trumper, the famed Gentleman’s Barber and Perfumer, which did find new premises on nearby Duke of York Street. There was concern that Jermyn Street would drastically change, but new shops appear to fit in. Much of Jermyn Street remains unchanged and the street maintains its strong associations with men’s clothing, footwear and grooming products.

While Bates the Hatter, long a London institution, had been on Jermyn Street for more than a century, it seemed almost certain to close down permanently when its much-loved, tiny shop was included in the redevelopment plan. Thankfully, Bates found a new home at Hilditch & Key, the well-known maker of fine men’s shirts, which welcomed the hat store to its shop at No. 73. Bates’ original top hat sign now hangs over Hildeth & Key’s large shop window, and there is plenty of room for Bates’ traditional white hat boxes holding anything from tweed caps and traditional bowlers, to Panamas and formal hats.

Through the years Jermyn Street has been widely known for its custom-made men’s shirts. Several shops specialize in men’s shirts and each seems to have its own loyal clientele. At Hilditch & Key, shirts are uniquely made with two piece collars for better wear and care and adorned with personally engraved buttons. Harvie & Hudson has been making men’s shirts since 1949, and today is the last remaining family-owned shirt maker on Jermyn Street. Beneath Harvie & Hudson’s store at No. 77 there is an underground bar, Walkers of St. James, entered via Duke Street. Turnbull & Asser’s Victorian shop front has been a Jermyn Street fixture for more than 150 years. Like a number of of other neighboring shops, it bears a Royal Warrant, certifying the Royal Family shops here. Prince Charles has had his shirts made at this store for years. 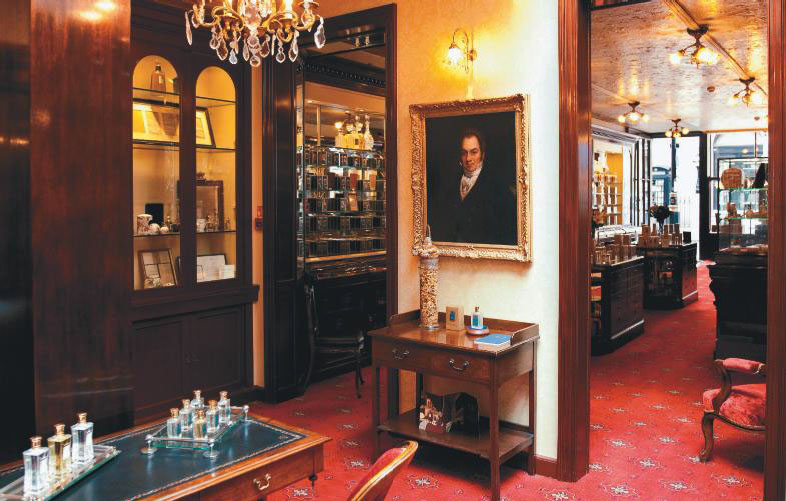 Paxton & Whitfield, complete with iconic black and gold frontage, windows stacked high with cheeses and sawdust spread over its tiled floor, has been on Jermyn Street since 1896. It is a familiar sight at Christmas time to see long lines snaking out its doors as customers wait to buy the traditional cheeses for the holiday table.

Fortnum & Mason, the department store affectionately referred to as the Queen’s Grocer, has an entrance on Piccadilly and another on Jermyn Street; its halls are stacked with elegant private label foodstuffs and toiletries. Across the street from Fortnum & Mason is the Cavendish Hotel, which has been a part of the street’s history since the 19th century. It was owned and managed for many years by Rosa Lewis, “the Duchess of Jermyn Street,” who knew King Edward VII intimately.

The oldest shop in the street, Floris was founded in 1730 and is famous worldwide for its perfumes and men’s toiletries. Floris fragrances were created and produced in the shop’s subbasement until the 1970s, when production was relocated to Tiverton, Devon. No. 89, which takes its name from the number of the Jermyn Street shop, was first introduced in 1951 and has long been one of its most popular men’s fragrances. Since Ian Fleming, the creator of the character of James Bond, was a devoted fan of the fragrance it also became known as Bond’s fragrance. It’s rumored that Daniel Craig wore the fragrance while filming the Bond movies to get himself into character.

Jermyn Street is for shoppers. So, what will a day of shopping on Jermyn Street cost? If your heart is set on attending Opening Day at Ascot, Bates has a wide selection of top hats for about $450. Two handmade shirts at Harvie & Hudson run about $650, and a bottle of No. 89 fragrance for men from Floris will be about $148.

After all this shopping you might want to pop into Wilton’s, a traditional British restaurant that has been serving food since 1742. A three-course set lunch will cost about $80 (plus wine). If all of this is beyond one’s budget or you need a quiet respite from shopping, stop into Paxton & Whitfield for some cheese and bread and walk up Duke of York Street to lovely St. James’s Square for an outdoor picnic. The Square is still home to a number of private clubs as well as the London Library, which is open to members only.

A statue of Beau Brummell, an arbiter of men’s fashion in Regency England, stands on Jermyn Street by the entrance to the Piccadilly Arcade, which is lined with more shops. Erected in 2002, the statue epitomizes the spirit of the area and its connections “with Court, clubs and tailoring.” It seems to announce to all who walk by, if they have not noticed it already, that this is a street where men come for the superb craftsmanship and tailoring that has been part of Jermyn Street’s history since the mid-1600s and continues today.