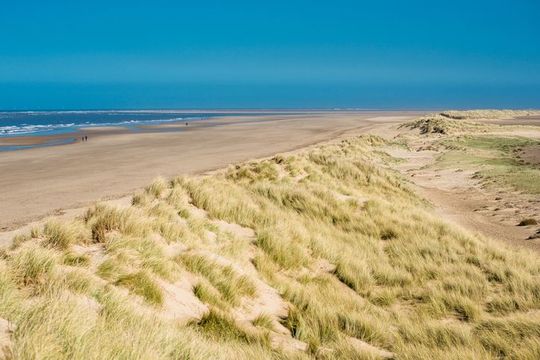 The rich ecosystems of England’s landscape are varied and beautiful. In the lush estuaries along the British coast, the marshes, river banks, and reed beds provide a fertile haven for an astonishing range of wildlife.

Conservationists have created an environment that both encourages visitors and preserves the habitat of more than 200 varieties of wetland birds Reed Buntings, Barnacle Geese, Redshanks, and Water Rails.

Here is a thematic exploration of natural history in some of England’s dramatic and picturesque countryside. Along the way lie grand medieval cathedrals, quaint market towns, country pubs, thatch-roofed cottages, and 2,000 years of history.

Day 1 – Over the south downs with ease

It is a comfortable morning drive from London and the airports across the rolling Downs of West Sussex to the south coast. Most directly, take the A24 south from the M25 through Dorking, then follow the A29 to the market town of Arundel, spread out in the shadows of Arundel Castle.

On the marshes of the River Arun, a highlight visit is the Wildfowl and Wetlands Centre.

Its reed beds and woody banks are home to Sedge Warblers, New Zealand Blue Ducks, Bewick’s Swans, Sandpipers, and dozens of other species.

The castle rising above is the seat of the 18th Duke of Norfolk, hereditary senior peer and Lord Marshall of England. Originally built in the 11th century, the castle has been remodeled and adapted over the centuries into a stately home, with all its medieval features and ambience intact. Most of the castle and its grounds and gardens are open to the public.

The Howard family, whose principal seat Arundel has been for 400 years, is also the highest ranking Roman Catholic family in the country. That explains the presence of Arundel Cathedral just up the street from the castle. One of the finest Gothic Revival buildings in the country, the Catholic church was commissioned by the 15th Duke in the 1860s.

Its dedication is to Our Lady and St. Philip Howard, 20th Earl of Arundel, who died in the Tower of London as a Catholic recusant in 1595.

A classic place to stay is the Norfolk Arms Hotel, a coaching inn on High Street, replete with restaurants, pubs and shops. 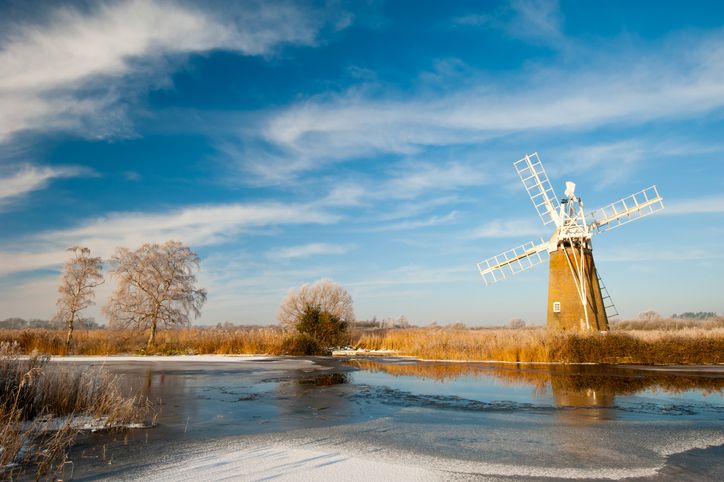 Turf fen windpump on the Norfolk Broads in winter

Day 2 – Across the historic Hampshire Coast

This is an easy travel day, with many tempting stops along the way, and time to take a few.
Turn west along the south coast this morning on the A27. You might stop in pretty Chichester for a visit to Chichester Cathedral with its famed Marc Chagall stained glass. Or plan to spend a morning in Portsmouth.

Visit Portsmouth’s Historic Dockyard and its historic ships, or wander around Gunwharf Quays and ascend the Spinnaker Tower for magnificent views of Portsmouth Harbour, the city and over The Solent to the Isle of Wight.

The medieval cathedral city of Winchester lies just a short detour north–rich with history since it was the capital of King Alfred the Great in the 9th century. Majestic Winchester Cathedral was one of the largest, grandest and most powerful ecclesiastical seats. Climb the High St. to the Great Hall of Winchester Castle, or wander through the water meadows along the River Itchen.

Head south to rejoin the M27, perhaps on A3090 through Romsey. You’ll pass the gates of Broadlands (see “Take Ten”); the Queen and Prince Philip; and Charles and Diana spent a part of their honeymoons here. It’s an amazingly livable stately home, and just another temptation.

Our destination is southwestern Hampshire, and The New Forest. When the M27 ends in Cadnam, turn south on the A337 just a few miles to Lyndhurst, “Capital of The New Forest.” Lyndhurst can be bustling on clement weekends and through the summer, but it is a quaint small town well-equipped with hotels and guest houses, restaurants and pubs.

Named the Nova Foresta by William the Conqueror, the ancient hunting preserve is hardly new. Today, the roughly 200-square-mile track of undeveloped moorland and forest is a National Park, but it has always been governed by its own traditional laws and customs. Learn the whole story at the New Forest Visitors Centre just behind Lyndhurst’s High Street. 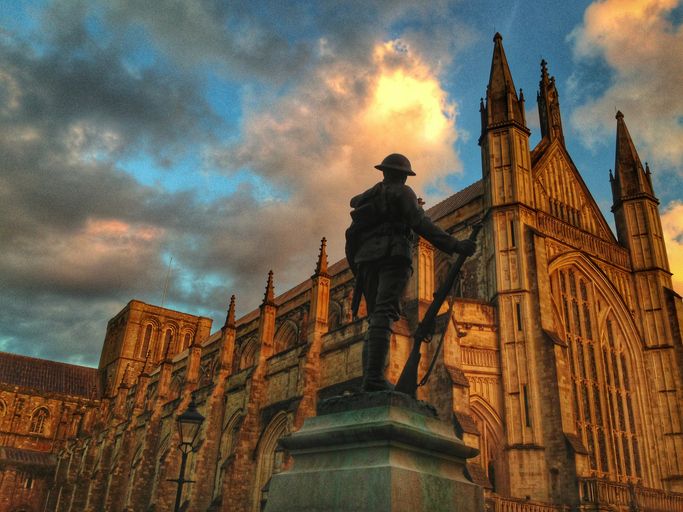 Take a day of discoveries in The New Forest. Virgin hardwood groves of oak and beech cluster among giant evergreens. On the rolling moors and heath, herds of wild ponies roam free. Turn east for Beaulieu (Palace House and the National Motor Museum could easily take half a day) and the 18th-century shipbuilding village of Bucklers Hard.

In the spring and early summer, Exbury Gardens on the banks of the River Exe, a famed riot of rhododendron and azaleas, ranks among the best English gardens.

Alternatively, stick with our theme today and take an excursion just a short drive southwest into Dorset to the harbor town of Poole. It’s a few minutes across Poole Harbour (Britain’s largest) on a ferry to Brownsea Island.

The wildlife mecca is owned and managed by the National Trust, much of it a nature reserve alive with herons and such birdlife, red squirrels and Sika deer. Brownsea is also famous as the place where Lord Baden Powell held his first Scout camp. 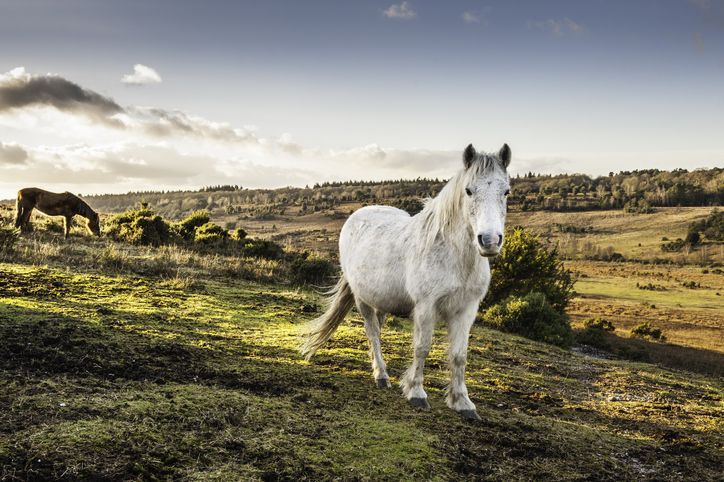 Day 4 – North into the Cotswolds

Take the A338 or the A30 northwest this morning to the medieval city of Salisbury, and a visit to Salisbury Cathedral, with the tallest spire in Britain and the largest cathedral close.

Continue on the A30 to Shaftesbury and then north across green and pleasant Wiltshire on the A350 to Chippenham. From Chippenham, the A429 leads quickly into the heart of the Cotswolds.

The ancient market town of Cirencester makes a welcoming destination for an overnight, with many convenient choices of accommodation. If time permits this afternoon, the Corinium Museum is among the finest Roman museums in the country, depicting life in what was among the largest towns in Roman Britain.

Close by on the market square, the parish church of St. John Baptist is one of the richest examples of a church built on the wool wealth of the late Middle Ages. 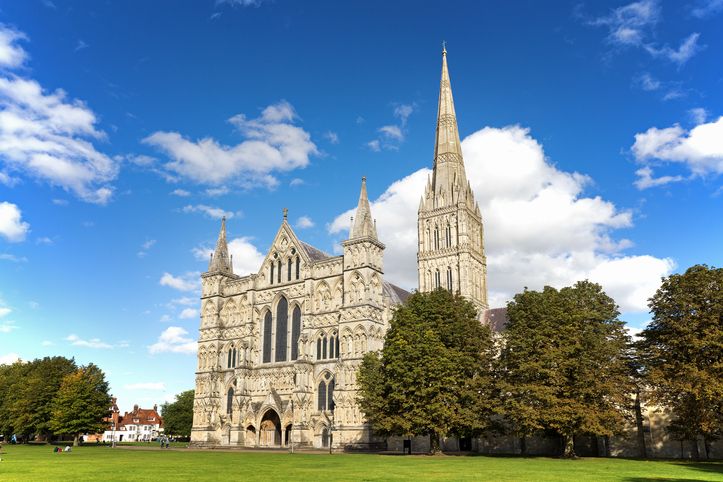 Day 5 – Adventures in the Vale of Berkeley

Today's excursion is the Vale of Berkeley on the Severn Estuary. Our highlight visit is the Wildfowl and Wetlands Trust at Slimbridge, where 180 species of geese, swans, ducks and flamingos fill the wetlands in the world’s largest and most varied assembly of waterfowl. Right on the Atlantic flyway, Slimbridge teems during the spring and autumn migrations, but makes an unforgettable visit any season.

You might visit as well nearby Berkeley Castle, seat of the powerful earldom of Berkeley, and occupied continuously by the family for 800 years. In the village, too, is Dr. Jenner’s House Museum, where Edward Jenner discovered the smallpox vaccine.

In Cirencester this evening, take supper or liquid refreshments at The Black Horse–the oldest pub in town. Farmers still come in from the country on an evening with their dogs, which are most welcome. 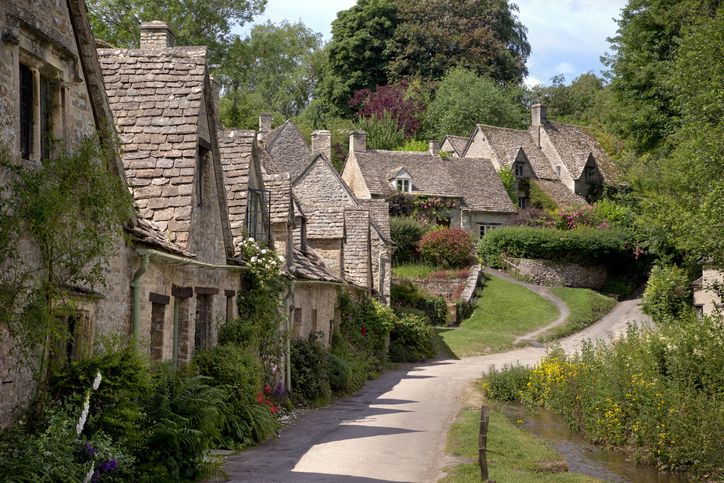 The return to London's environs directly via the A429 and the M4 is a couple of hours’ drive time. If you have another day, take a panorama drive of The Cotswolds through showcase tidy villages, thatched cottages of honey-colored stone shops and grand wool churches. It’s also easy to route west into Wales and the Marches.