Across the Pond: The Royal Roommates Edition 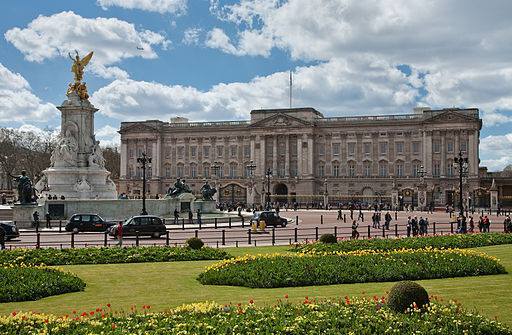 Autumn begins just as we were finally starting to experience some ‘summery’ weather over here in the UK. We Britons are being urged by the government to spend our last few days of the season traveling the country in order to help the economy and quell any post-Brexit blues. Even our new prime minister Theresa May recently encouraged Brits to enjoy “staycations" (after she and her husband returned from a nice walking vacation in the Swiss Alps). Yet fears about the economy seem to have lessened as of late. Opinions, as always, vary depending on what side of the political fence you stand, but housing prices in the UK actually rose—0.6% to £206,145—between July and August. Not a bad sign, at least. 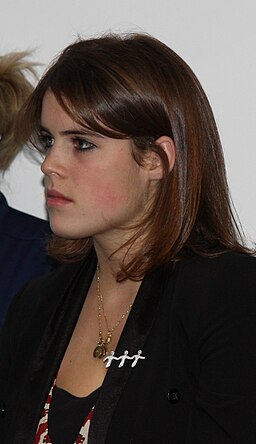 In our last post, we suggested Princess Beatrice, the Queen’s granddaughter, moved to New York City in search of a quieter life—away from the tormenting and intrusive glare of the paparazzi. It would appear that Beatrice’s younger sister, Princess Eugenie, shows no signs of following in her sister’s footsteps: The British press has reported that Eugenie will be moving into a three-bedroom cottage on the grounds of Kensington Palace in London. Whilst on the subject of Eugenie, the press has quieted down after widely reporting her engagement, probably thanks to her mother's denial of the rumours.

Kensington Palace is one of the main royal residences, set in Kensington Gardens in London. It has been an official royal residence since the 17th Century and, as like all the royal homes, it’s rich in history: the building began life as a two-story Jacobean mansion, built in 1605 by the relatively unknown Sir George Coppin. In 1691, it was bought by the First Earl of Nottingham, who subsequently named in Nottingham House. However, the mansion’s fate was changed when King William III of England and his wife, Mary II of England, decided to look around for a new London residence. Interestingly, they had turned against their former London pad, Whitehall Palace, because they felt it was too close to London’s River Thames and thus close to water-borne diseases and floods. So in 1689, King William and his wife purchased Nottingham House (for only $26,000) and set about smartening it up, with the help of the phenomenally acclaimed English architect Sir Christopher Wren, who expanded the house. Kensington Palace has been favoured by the royals ever since, but interestingly, it is not the official seat of the royal Court - which continues to be at St. James’s Palace.

Just down the road, The Royal Household has been advertising for a live-in ‘housekeeping assistant’ at Queen Elizabeth’s primary London residence, Buckingham Palace, if you fancy upgrading your home for a palace. “You’ll work, and live, in stunning historic settings, ensuring that they’re presented to their best for colleagues, guests and, of course, the Royal Family. Aiming for the highest standards, you’ll clean and care for interiors and items from carpets and furniture to historic vases and irreplaceable paintings,” according to the official listing. 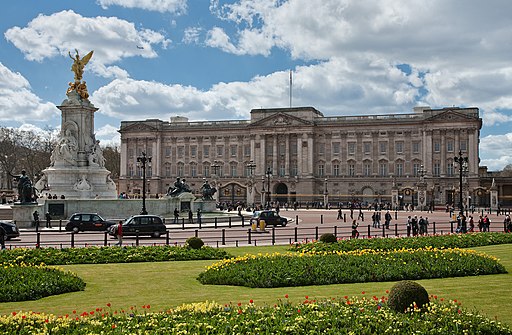 Clean me![/caption]Sadly, even though you would enjoy one of the world’s most glamorous addresses, the salary would be less than appealing: £ 16,755 a year. That’s only around $ 22,000 with the current exchange rate. Then again, your room and board are paid for. The listing does not mention any interaction with the Queen herself...

Talking of houses, 38-year-old Dan Jones from Anglesey will be moving into his new home, Orme Farm this month. You might remember the National Trust’s international search for a tenant/protector for the 720 acre property in Wales. The lucky winner, 38-year old Jones and his family, will pay just £1 a year—that’s only $1.31—to live on the property. The only catch is that they’ll need to herd the hundreds of sheep that stroll over the vast idyllic landscapes surrounding it. Take a look at the new Jones family property.

As you all know, the National Trust, our country’s conservation organization, is extraordinarily popular with the British public, close to (most of) our hearts. In fact, the National Trust is the largest membership organization in Britain and its patrons include The Prince of Wales (otherwise known as Prince Charles). Straight from the horse’s mouth, the Trust describes its purpose as: ‘the preservation for the benefit of the Nation of lands and tenements (including buildings of beauty and historic interest and, as regards lands, for the preservation of their natural aspect, features and animal and plant life. Also the preservation of furniture, pictures and chattels of any description having national and historic or artistic interest.” Quite an undertaking, and one that is largely successful.

Back to Wales: Orme Farm was purchased by the National Trust when the property was threatened by plans to build a golf course on the land. The breathtaking landscapes provide home to many wild and endangered species, including the wild cotoneaster plant and birds such as the guillemot and the razorbill, hence the National Trust’s desire to buy and protect it.

Those of us who aren't busy herding sheep are watching the new Victoria TV miniseries which premiered to over 6 million viewers on Sunday. The eight-part drama cover’s the first three years of Queen Victoria reign, which began when she was just 18. Check out the trailer here:

If you like British royalty, period dramas and political intrigue, this one is for you. Don’t worry; I am keeping my comments spoiler free since you won’t have to wait too long to see it for yourself; the series will be coming to the US in 2017 on MASTERPIECE on PBS.

Finally, some sad news: the death of aristocrat Thomas Cholmondeley in Kenya. The Hon. Thomas Patrick Gilbert Cholmondeley, known to his friends and contemporaries as Tom, was a Kenyan farmer, also great-grandson and heir to Lord Delamere’s fortune. Lord Delamere was one of the first and most influential British settlers in Kenya, and his great grandson Tom was one of the last remaining members of the "Happy Valley Set." The Set was made up of British aristocrats who settled in the "Happy Valley" region of the Wanjohi Valley in colonial Kenya in the 1920s. The gang were famed for their decadence and their hedonistic lifestyles. Notable members include Sir Jock Daves Broughton and Josslyn Hay, 22nd Earl of Erroll. Tom was no stranger to controversy: In 2009 he was convicted of the manslaughter of a poacher. The case attracted global attention in the press. (The death of that poacher, incidentally, took place just one year after Cholomondeley shot an undercover Kenya Wildlife Service ranger. He said that act was self defense since he believed the man to be an armed robber.) Cholmondeley died after suffering a cardiac arrest in hospital at the age of 48 while recovering from hip replacement surgery. His death marks the demise of the Happy Valley Set. 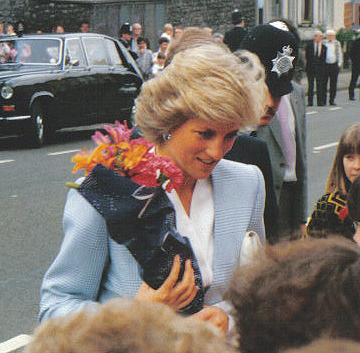 Lastly, yesterday, August 31, was the 19th anniversary of Princess Diana’s death. Can you believe it’s been so long? Princess Diana, known as "The Queen of Hearts", was hugely popular and sensationalised in Britain, just as she was in the US. Her sudden demise at the young age of 36 shocked and saddened us all, both locally and globally. Millions flocked to the Mall to pay tribute to the princess at the end of the summer of 1997. Yesterday, many fans left messages, memorials, union jacks and flowers at the gates of Kensington Palace--just as they did then.