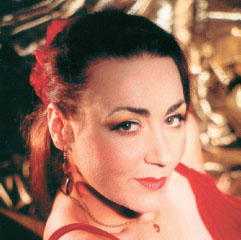 Afew years ago, I was commissioned by the Sunday Telegraph to cure my fear of heights by any means necessary. For the record, what was intended to be a comic piece where I tried out various forms of quackery and finally learned to live with my phobia was turned on its head when, of all things, a dose of hypnotherapy actually did the trick. Since then I have been a veritable poacher-turned-gamekeeper when it comes to heights, so I leapt (not literally) at the opportunity to try out the new 18-meter-high Xstrata Treetop Walkway at the Royal Botanic Gardens at Kew.
Tucked away behind the gigantic Victorian Palm House, and hidden almost completely by the greenery of the tree canopies, the walkway immediately assuaged any fears I might have had that it would spoil the fabulous Kew vistas.
The 200-meter-long path among the leaves, insects and birds (and bats, at dusk) was almost impossible to spot until I was right upon it. Quite remarkable, really, given that it’s built to exacting safety standards, comes complete with a glass elevator if you don’t fancy the climb and is so wide that two wheelchairs could pass each other comfortably. It’s currently engulfed in greenery, through which incredible views over London can be glimpsed, but as the year wears on, the denuded trees will enable the views to come to the fore, and the intricate branch patterns to be observed up close. And as heights go, it’s cozy….


‘Tucked away behind the gigantic Victorian Palm House’

Sir Hans Sloane actually founded the British Museum rather than Kew Gardens, but although he was probably the most famous botanist Britain has produced, he’s really rather better known for two other things—that Sloane Square is named after him, and that he invented milk chocolate. So, a new restaurant on the corner of Sloane Square, called The Botanist and serving among other delicacies, chocolate desserts, really just had to be sampled. It’s a bright, loud, modern eatery, full of laughter, life and buzz, yet manages to keep that link with the past. Backlit enlargements of drawings from Sloane’s personal journals line one wall, almost like an 18thcentury cabinet of curiosities, offset by contemporary halo-like chandeliers.
It’s open early, starting with a fabulous breakfast menu to linger over, such as grilled kippers on toast with poached egg or omelet “Arnold Bennet,” slowly moving through the day with carefully composed dishes from Tom and Ed Martin, who have already made names for themselves in the gastro-pub world with places such as The Gun and the Empress of India.
We went for the full evening menu, squeezing our way through the hugely popular cocktail bar, staying just long enough to try one or two out. My “Rose Square,” a specialty of the house, tasted like bottled summer, though my companion’s martini was slightly disappointing, served at room temperature. The extremely attentive waiter was, however, on the case immediately, bringing ice without being asked. In fact, he second-guessed every request through the evening to the point where I started to worry he possessed ESP.

Not that we had anything else to complain about. The Botanist seasonal salad was fabulous, and the pan-fried scallops with curried apple and potato was surprising and exquisite. The meats, too, were exceptional—my companion’s assiette of Scottish blackface lamb was done to perfection.
Given The Botanist is named for Hans Sloane, it would have been just plain wrong not to try the house special, hot chocolate, with extra chocolate flakes (of course). I particularly liked the chocolate stirrer….

From Sloane to Soane—moving from the mid to the late 18th-century with the slip of a single letter. One of my favorite museums in London is better known than it once was, but given it’s in the middle of town it’s still a relative secret. Sir John Soane was born the year Hans Sloane died, but he, like his almost-namesake, was an inveterate collector. Architect and artist, Soane adored relics of antiquity and hoarded every ancient thing he could find. Statues’ feet, hands, heads, torsos. Paintings, skulls, Egyptian coffins. Moldings, cornices, capitols.


‘A cornucopia of clutter—but what clutter’

Soane brought them all home to his house tucked in back of Holborn Underground station in Lincolns Inn Fields—and his long-suffering wife. He just couldn’t let anything go, so he had secret panels installed in one room so he could have a double layer of paintings (Hogarth’s The Rake’s Progress series, actually). Then he acquired a big statue, so he created an arrangement over an internal courtyard with opening doors. He even buried his pet dog there. And it’s all still there, as he left it. A cornucopia of clutter—but what clutter. I visit here on a regular basis and, on a quiet day, find myself disappearing off on The Grand Tour with Sir John himself. 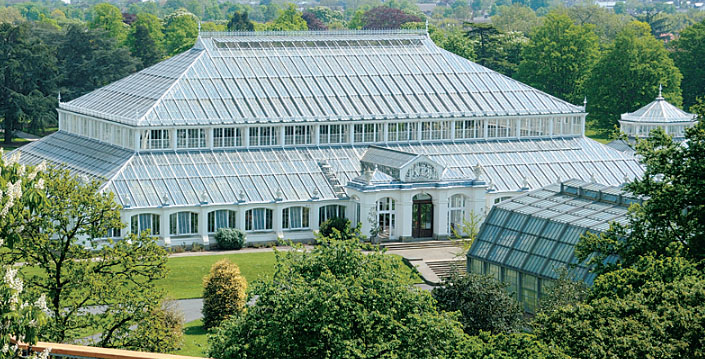 I’ve been exploring here in London again this month, too, taking myself down little lanes and alleys that promise very little and in fact deliver quite a lot. In Surrey Street, for example, just round the corner from Temple tube station, there’s a curious, small faded sign, “To the ‘Roman Bath’.” I hesitated to go through the darkened archway; it looked like somewhere Bill Sykes might hang out, and I wasn’t encouraged when it plunged down a flight of stairs into yet another alley, the old “Surrey Steps” which used to be a walkway to Temple but was blocked off long ago. A few feet up the hill, just before a rather splendid Regency balcony overlooking the gloom (which, despite its cute appearance was actually built as a watchman’s lookout for would-be body snatchers) stood a dusty glass window behind some railings just above ground level.

I pressed the light switch next to it, and the basement was eerily illuminated, showing a plunge pool in red brick and tile, still with a few inches of clear water inside. It’s actually probably not Roman at all, although the National Trust is keeping an open mind, preferring to keep it in inverted commas these days. It could have Roman connections, but many scholars think it’s probably Tudor in origin. Given its close proximity to the saucy 17th-century red light district of Covent Garden, could its current incarnation be an old brothel bath? Charles Dickens had David Copperfield enjoying a plunge in it from time to time and it’s still replenished by a natural spring even though it’s no longer used.

After all that culture I fancied a little relaxation and went with a bunch of pals to the little-known Bloomsbury Bowling Lanes—a little piece of 1950s Americana in the heart of literary London. Tucked in the basement of the Tavistock Hotel, the first thing you pass as you walk in is a nine-seater cinema. The whole place is decorated in 1950s style and has managed to look hip and old at the same time so that I honestly have no idea how old it is. It would seem to be modern, but using antique pieces—like the original carpet, pinball machines, jukeboxes and sparkly diner-furniture. With eight bowling lanes, rockin’ sounds, New York pizzas and hot dogs, this is the place where I often meet up with friends for an evening out. It usually, to my shame, ends up in one of the karaoke booths if there isn’t a rock & roll band playing live. I blame the bar….


‘1950s Americana in the heart of literary London’

Next issue, I’ll be inspired by The Botanist to visit Hans Sloane’s favorite garden, try to get my hands on a gold ingot or two and find out whatever happened to Zorro.