Unofficial “Capital of the Cotswolds,” Cirencester is perfectly located in the heart of the Gloucestershire countryside. In Roman Britain, the town was known as Corinium, second in size only to London. It became away station for Roman legions where the Fosse Way and Ermin Street intersected. By the Middle Ages, Cirencester was an important center for the wool trade and became a wealthy and bustling medieval market town. Today, with some 18,000 inhabitants, it still serves as market town for the villages that dot the Cotswold Hills for miles around, and as a town that thrives on its many attractions that draw visitors from around the world. Cirencester can serve as a great base for a few days of roaming around in the picturesque vales and manors of the Cotswolds—or as a rewarding place to spend a day while passing through. 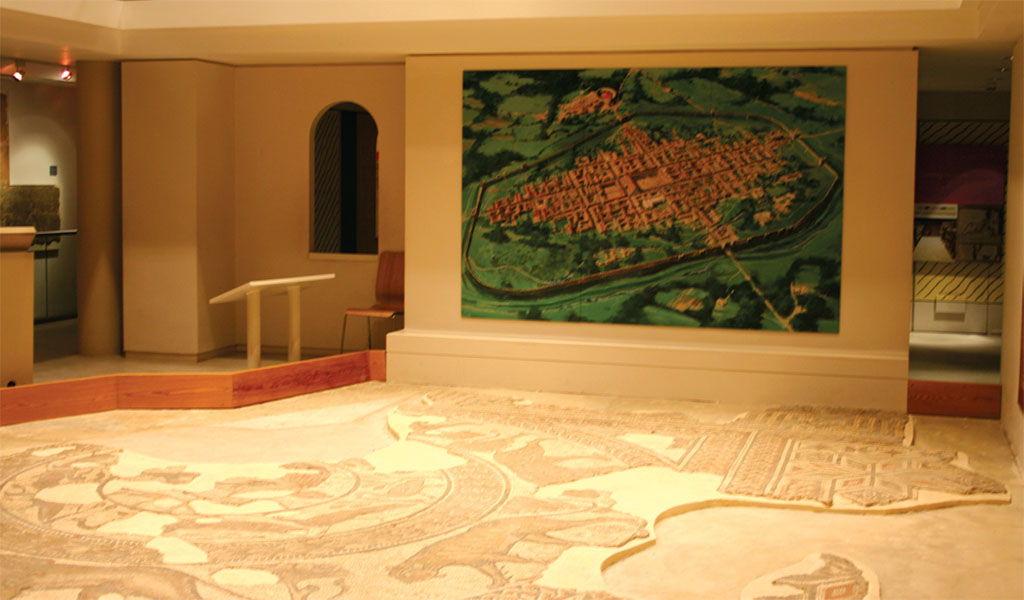 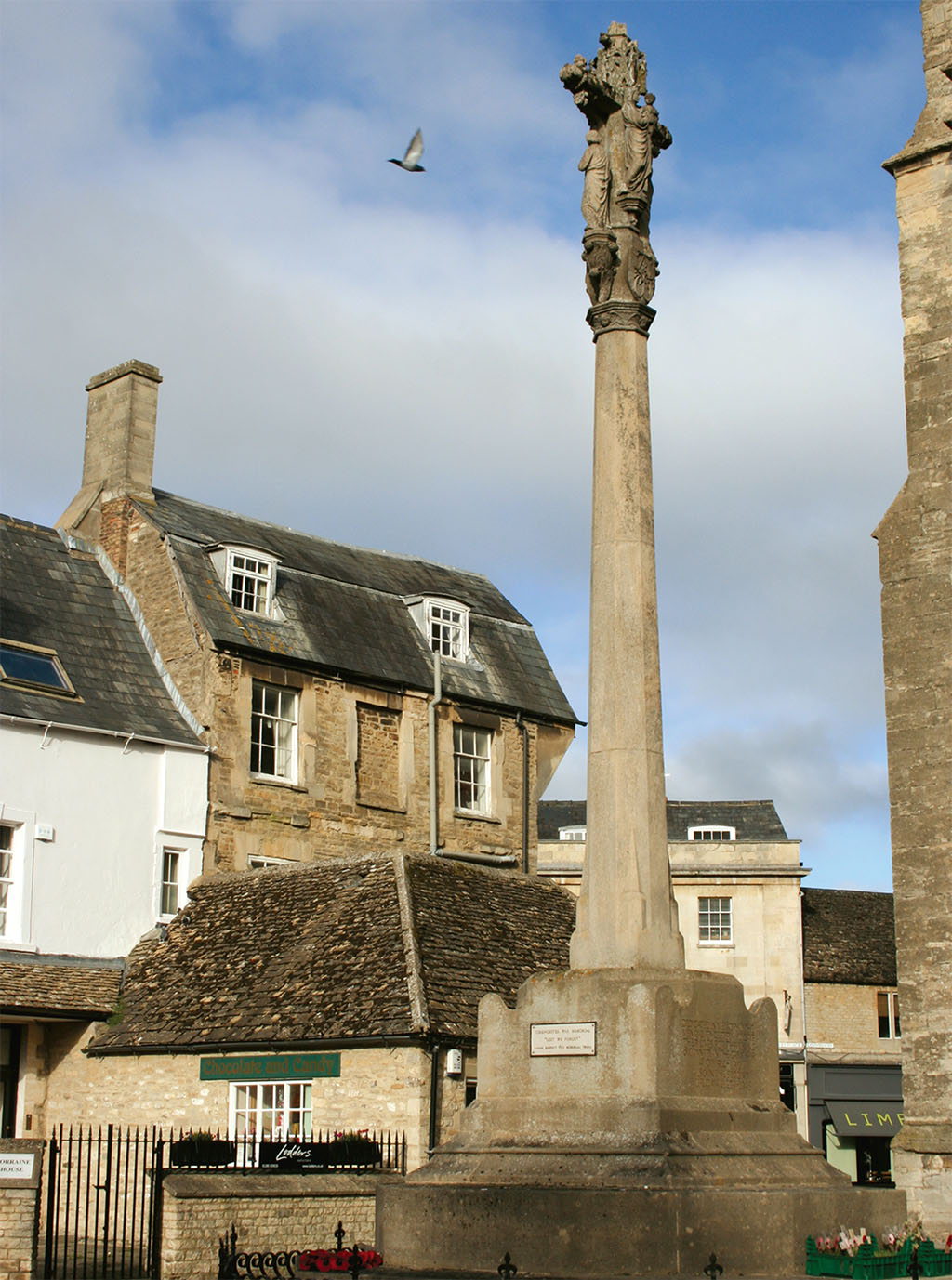 From the war memorial in the forecourt of its parish church to the bucolic walks of the Abbey Grounds, Cirencester may be the ultimate Cotswold market town.[/caption] 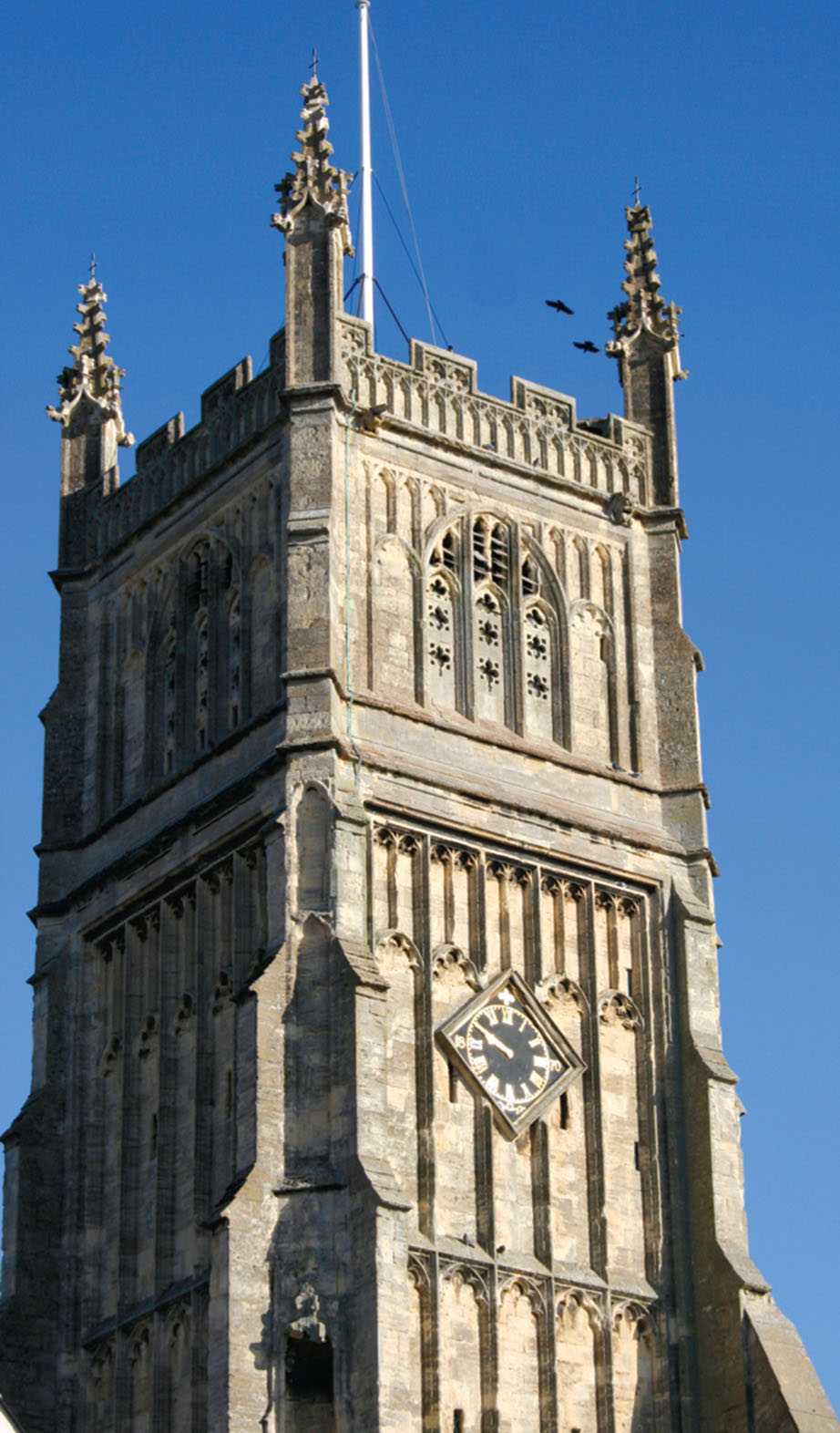 St. John Baptist is one of the grandest of England’s medieval parish churches.[/caption]

How to get there


Like most of the Cotswolds, Cirencester is easily accessible only by car. The most efficient direct route from London or the airports is the M4 to Junction 15 and the A419 north. Figure on two hours’ driving time. From other points, the town is on the A429, which runs south to north through the most popular tourist route of the Cotswolds.


The old Fleece Inn sits right in the middle of the market square. The comfortable three-star hotel has all the expected amenities and considerable period charm as well as its prime location. If you’re staying over in town, this is perhaps the best place. www.fleeceinn.co.uk
In the nearby suburban neighborhood of Stratton, the Stratton House Hotel is a lovely three-star, moderately priced Georgian country house hotel. www.bestwestern.co.uk
The Tourist Information Centre, located in the Corinium Museum on Park Street, offers information on a variety of accommodations options.


The perfect place to begin an exploration and learn Cirencester’s story is the Tourist Information Center, where visitors can also get maps, sundry brochures and information on local events.
The Corinium Museum tells the complete tale of the town’s history, including such tidbits as life in Saxon Cirencester, and the siege of the town during the Civil War. But it is Roman life that comes alive at the Corinium, though, with one of the country’s most informative depictions of what it was like to live in Romano-Britain almost two millennia ago. Re-creations of town and villa life even include a Roman courtyard garden.
Out of the Corninium and back in the 21st century, it’s only a few blocks to the Market Place. On Mondays and Fridays, the street market fills the square with stalls selling the usual jumble of market goods from cheeses, fish and produce to clothes and household gadgetry.
The Church of St. John Baptist dominates the square and the town center. It was always supposed to; it’s one of the largest parish churches in the country. The magnificent 14th-century parish church was built with the wealth of Cirencester’s medieval wool trade. Such a prominent place of public worship brought acclaim and influence to a smaller town—and to the gentry and burghers who funded it. Among the church’s treasures are its pre-Reformation pulpit and the 1535 Boleyn Cup, given to the church by Queen Elizabeth’s physician.


When it comes time to eat, there is no shortage of options readily at hand.Grab a hot pastie from the West Cornwall Pastie Co. on the corner of Market Place, pop in to the Black Horse pub or The Crown, or one of the bistros in the old Corn Hall arcade.


If you feel a need to walk after lunch, the Abbey Grounds make for a lovely stroll. Paved paths through the landscaped grounds in back of the church lead to a small duck pond always bobbing with hungry waterfowl. Climb the low banking to the right onto the remains of the Roman wall once surrounding Cirencester. It’s the only stretch of Roman works remaining in town.
If you fancy a little longer walk, however, down Castle Street to the Bristol Road lies Cirencester’s Roman amphitheater. Now grassed over and in the loving care of English Heritage, the 2nd-century civic improvement is one of the best-preserved such amphitheaters in Great Britain.
As a market town, Cirencester is naturally a good place to shop. In fact, Cirencester has a reputation for the broad variety of independent shops that gives character to the market square and its surrounding streets. Brewery Arts, just off Market Place, is a well-respected arts and crafts center with craft workshops from glassblowing to silkscreening and amain gallery. It’s well worth a wander around. Swan Yard, Stable Yard and The Wool market are hidden clusters of boutiques, antique emporiums and craft shops. 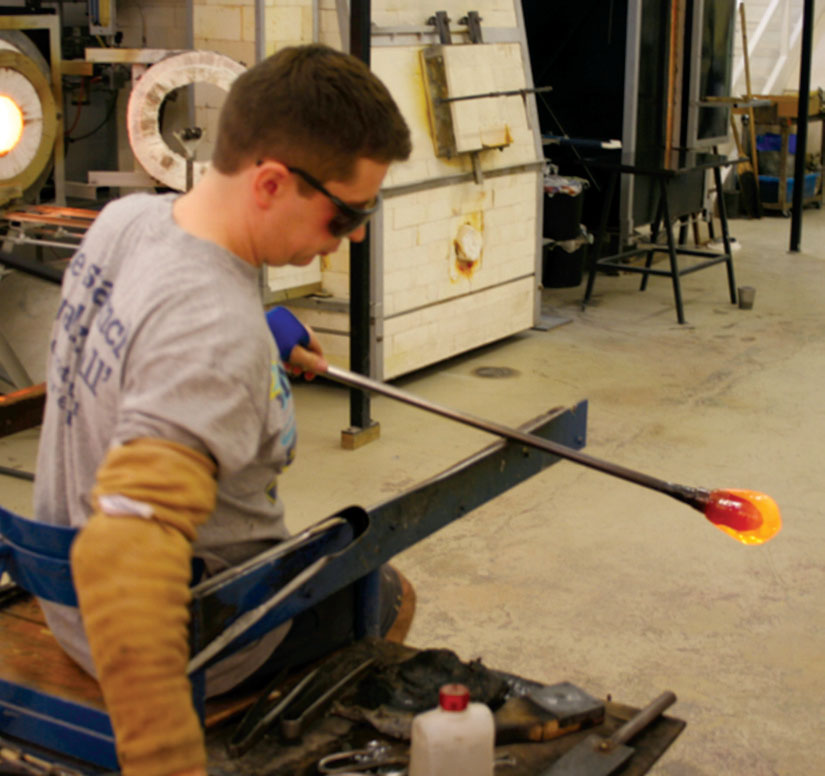 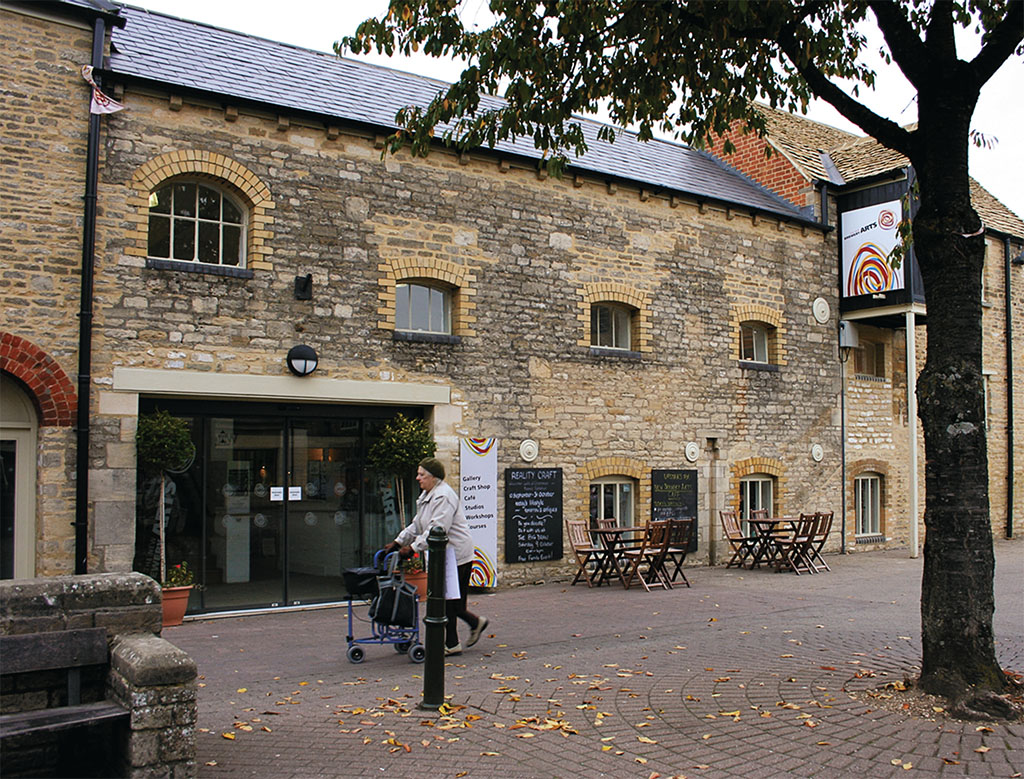 Glassblowers and other artisans practice their crafts in the workshops that surround the yard at Brewery Arts. A central gallery, cafe and craft shop are all part of the popular complex just off the Market Place (below).[/caption]


Stop by Mr. Simms Olde Sweet Shoppe on Crick-lade Street for an unbelievable sugar rush.The colorful shop is a dazzling temptation replete with all manner of confections—from chocolate and liquorice to Turkish delight and humbugs. The sweets come prepackaged or can be selected from the huge walls of bulk candy.


There are abundant dining choices in Cirencester’s center. The 1651 Restaurant at the Fleece on Market Square offers good quality casual dining from an eclectic and moderately priced menu. Just across from the church, there’s the more upscale Harry Hare’s Brasserie on Gosditch Street. For those who might fancy a traditional English curry, try Indian Rasoi on Dollar Street.A number of town center pubs offer informal evening menus as well.


The Black Horse Inn, just off the market square, is Cirencester’s oldest such public house—dating back to the 1400s. It makes a snugly comfortable, historic venue for an evening postprandial pint and a bit of people watching. It’s a friendly, slightly older crowd at the Black Sheep. On weekend evenings there’ll be some farmers in wellies come into town from surrounding villages with their dogs. 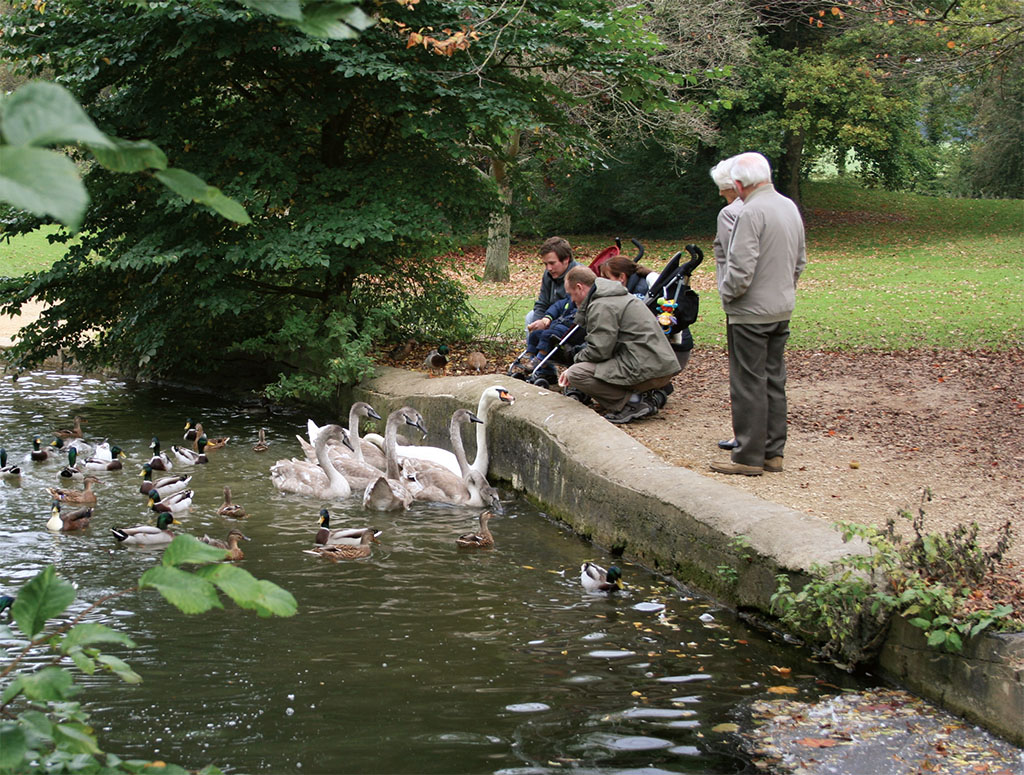 Feeding the abundant fowl in Cirencester’s Abbey Grounds is a popular pastime for young and old alike.[/caption]


Everything you want to see in Cirencester is within a few compact blocks. There is plenty of convenient parking, and the walking is level and easy.On Friday, antique markets, and on Saturday, craft markets are held in the Victorian Corn Hall. If you want to do something really local, during summer months take a swim in Cirencester’s spring-fed open-air pool, built in 1869. Cirencester’s colorful and informative website is a great place to start planning a visit. www.cirencester.co.uk 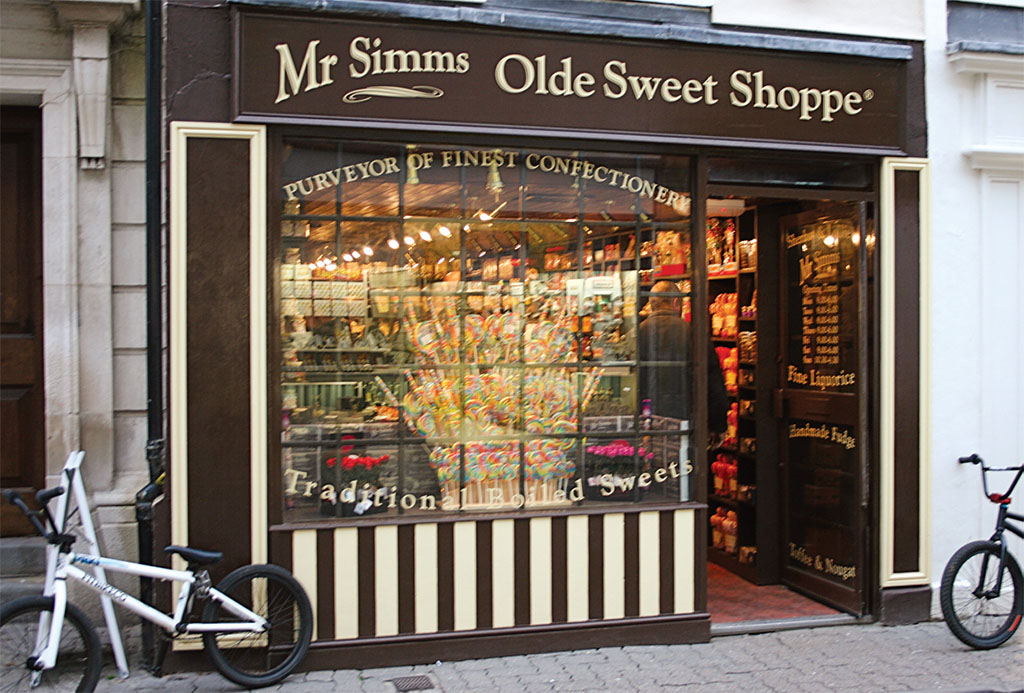 
Cirencester makes a good base for touring the famous Cotswold countryside that surrounds the town. Just up the A429 lie the painfully picturesque towns of Burton-on- Water and Stow-on-the-Wold. Thread into the countryside as well to find Chedworth Roman Villa. To the south lies beautiful Tetbury and the Westonburt Arboretum. 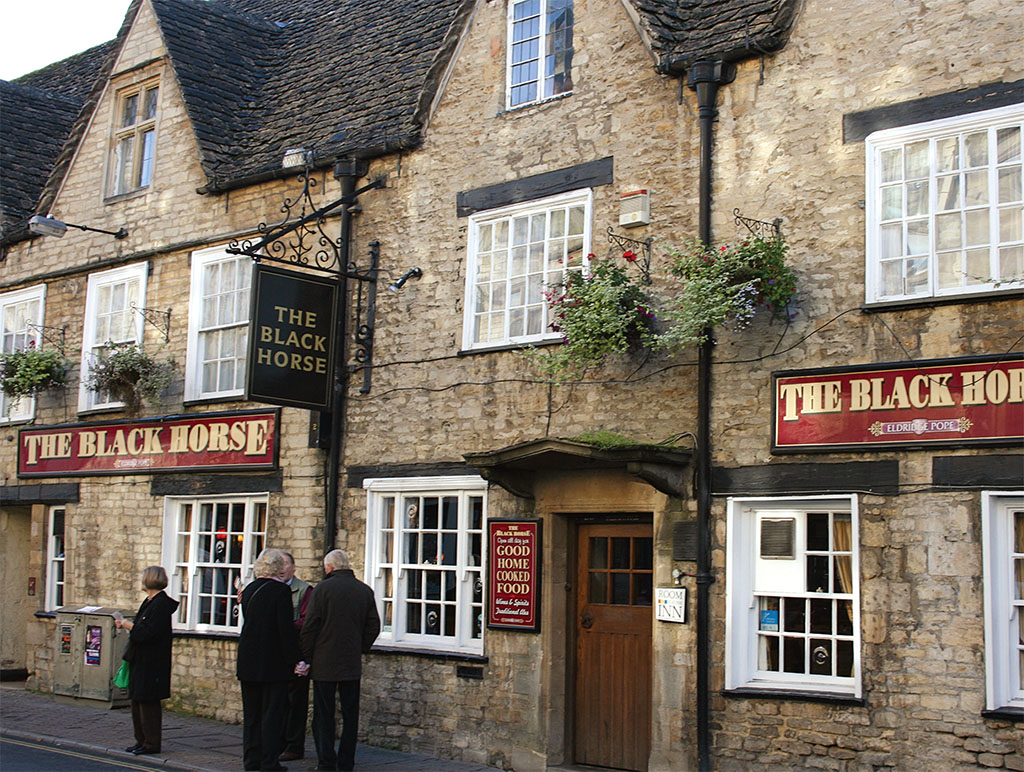 After some sweets at Mr. Simms, head over to The Black Horse, the town’s oldest inn, for a pint and a bit of people watching.[/caption]