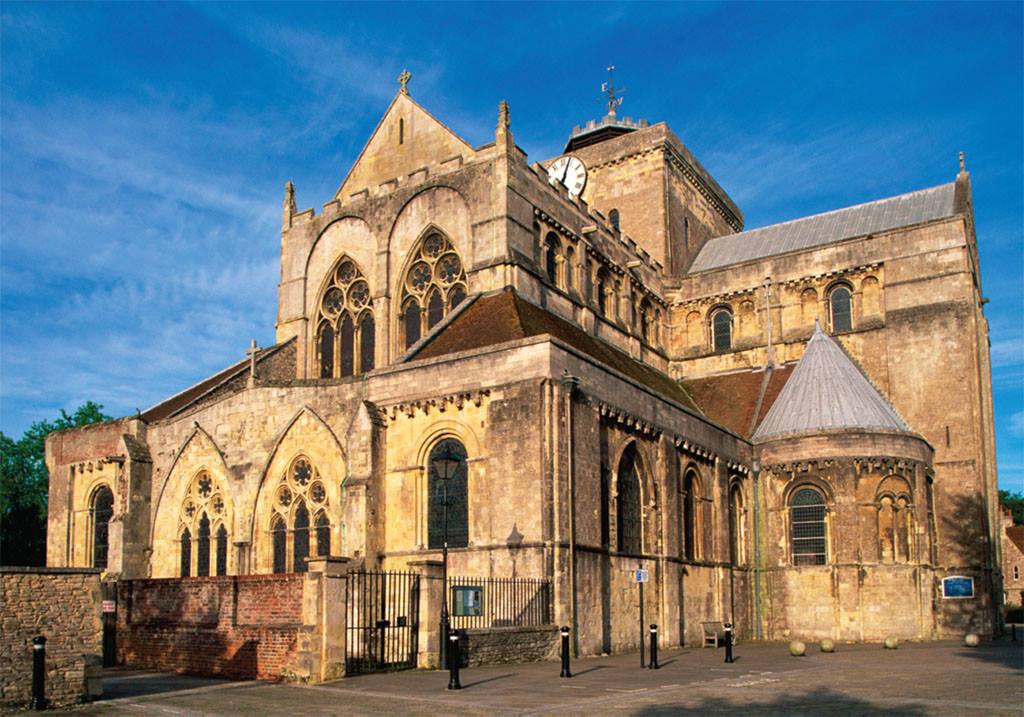 OVER THE YEARS it has been a train scheduled to depart King’s Cross or St. Pancras stations that has brought my husband and me to this part of London. For the last dozen years it has also been the British Library, built to house the collection previously located within the British Museum in Bloomsbury, which has enticed us here with its changing exhibitions and poetry readings. But since 2008 we have been happily lured to the area by Kings Place, which is the first new music venue built from scratch in London since the Barbican Hall was opened in 1982. As you walk up York Way, alongside King’s Cross station, the building emerges at the end of the road as a pleasant surprise. York Way is a bustling, bland street with dreary warehouses and drab office buildings, but then you catch sight of the glistening new structure that houses the offices of The Guardian newspaper. It is also the home of Kings Place, an arts center that focuses on music, art and the written word. Just beyond the building is the Regent’s Canal which offers a sense of peace and tranquility and sets the mood for the music and art within. Kings Place has two concert halls. Hall One has a shoebox, or double cube shape, a raked stage, and fixed seating for 420 people. It is a superb venue for chamber music, and the London Chamber Music Society, one of its resident groups, www.londonchambermusic.org.uk), performs on Sunday evenings during the season. The hall’s outstanding acoustics are partly due to the tall columns regularly spaced away from the walls in the upper part of the room. Its interior is lined with oak from a single German 500-year-old tree that provides more than an acre of veneer. Hall Two, a smaller space, is often used for rehearsals as well as live performances, and its flexible seating can be arranged in the round or other formations. As you enter from the street, Kings Place’s bright, airy central atrium welcomes one and all whether you have a ticket to a concert or not. Even those who do not like classical music will want to check out the many free events that are held throughout the year in the atrium space, as well as the available restaurants. Inexpensive food and refreshments are served cafeteria style throughout the day at the Green and Fortune Café. For something more upscale, the Rotunda Restaurant, with floor-to-ceiling windows facing the picturesque Regent’s Canal, offers a fancier setting and complete meals either inside or on its terrace.

[caption id="ACommonplaceBook_img1" align="aligncenter" width="1024"] The Stacks of Duncansby at the “Third End” of Scotland mark the northernmost point on the British mainland, two miles down a track from John O’ Groats.[/caption]

A Day to Visit Stamford

A Day to Visit Norwich

A Day to Visit Newcastle

A Pop-Up Pub, Bedouins at Ally Pally and the Merry Wives

Living the History: The Two Faces of our “Special Relationship”

SCARCELY any official meeting between the United Kingdom and the States passes unaccompanied by meditations on the “special relationship” that has marked the alliance of our nation states for more than a century. The definitive word on what that “special relationship” means exactly has yet to be written. In fact, the term has always been amorphous, meaning just what each individual or agency intends. However it is defined, it is probably safe to assume that British Heritage readers feel that relationship, or a special kinship with Britain, more keenly than does the public at large on either side of the Pond. To the average Brit, (who, if you’ll remember from last issue’s Dateline column is named Smith, drives a Fiesta, goes to the pub once a week, etc.), the “special relationship” appears very differently than it does to us, or to Americans in general. To Fiesta-driving Smitty, that relationship is principally perceived in political terms. Our nations are allies on the geopolitical stage. Certainly, we have fought together in the wars of the last century and stood beside each other through the challenges of the Cold War and the decadelong war against Muslim terrorism. It challenges British pride and sensibilities that in this long alliance Britain is perpetually the junior partner. David Cameron got himself in trouble just this summer for making a comment to this effect. It rankles like a kid brother who exists constantly in the shadow of an older, accomplished sibling. The collective British subconscious smarts as well that America succeeds Britain as the heavyweight power in any international alliance. Yes, we properly cheer that the UK has stood beside us militarily in Iraq and Afghanistan. The Brits, on the other hand, are well aware that they would not be there but for us. We have long called the tunes to which they have loyally danced on the world stage. But American foreign policy has often been unpopular with the British public. Little wonder that the Smiths understand the basics of American politics far better than all but a small percentage of Americans know what is happening in Britain. Everyone knows Barack Obama and Hillary Clinton, and many have an opinion. Few Americans know David Cameron or his politics and still fewer could identify Nick Clegg in a lineup. Yes, unquestionably Brits and Americans get along well together, and we do share an outlook on the world shaped by the same historical and cultural influences. Britons do like Americans in person—either as guests in Great Britain or as hosts in the States. They just dislike American government—of whatever political stripe that proves to be—and the collective weight of American influence that leaves them perennially in its shadow. With American popular culture, the Smiths have a love-hate relationship, resenting what they feel is an erosion of traditional British ways of life by the steamroller of American television, Hollywood and fast food chains. In fact, however, Britain more than manages to pull its weight in what is really a shared contemporary popular culture across the English-speaking world of Britain and her settled colonies—Australia, Canada, New Zealand as well as the U.S. Pop music, theater, fashion, television and films are all a valuable economic and cultural export from Britain. Still, it is in political terms, not in shared culture, that the pub-going Smiths see the “special relationship.” Over the last couple of decades, the World War II generation’s passing has left new generations of Britons unemotional about this relationship. Their attention and their domestic life has been increasingly dominated by the European Union for the past two decades (not without great chagrin in many British quarters). Still, it is hardly surprising that Americans have a warmer, fuzzier feeling about the “special relationship” than do Brits.

Oxford’s Ashmolean Gets a Makeover

[caption id="HoHoHoTwelvedaysofaLondonChristmas_Feature" align="aligncenter" width="1024"] For many, London’s Christmas season begins with the raising of the Norwegian tree in Trafalgar Square, where groups carol nightly throughout the season.[/caption]

A Day of Visit Arbroath

Love Me Do, in Liverpool