Five Cathedral cities in England to visit by train 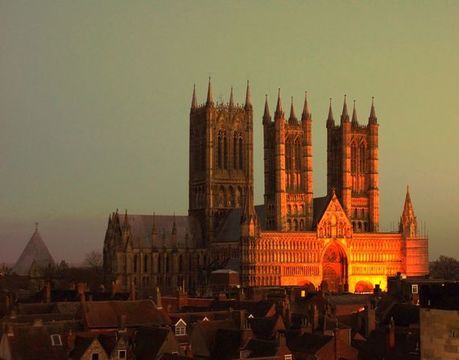 What better way to see these cathedral cities than by train? The East Coast mainline connects London and the Scottish capital of Edinburgh with a ribbon of steel linking five of Britain’s most historic provincial cathedral cities.

Here is an easy rail itinerary that can be expanded or contracted to fit the time you have. Most efficiently, do this with a Britrail Pass for economy and maximum flexibility. Each of these five ancient cities is distinctive, compact and pedestrian-friendly. Together they provide an incredible tapestry of British history.

This is a whirlwind tour; for the logistics to “work” and give you a real chance to explore in the time available, accommodation location is crucial. It really is important to stay in the central city—generally, that’s close to the train station. At each of these stations, a rank of taxis will be right outside the doors. Travel lightly, though. Station porters are a species of the past; you’ll be handling your own luggage throughout. Remember, if you get to town before your hotel room is ready, they’re always happy to have you drop your bags.

Day 1 – North by Train to Edinburgh

Wait until the commuter tide has ebbed and catch a late morning train from London King’s Cross for Edinburgh. It’s about a five-hour journey through the East Midlands, Yorkshire and the Scottish borders to Edinburgh’s Waverley Station, right in the heart of Scotland’s cultural and political capital.

There are a range of convenient hotels within a few blocks of Waverley Station–along Princes Street, North Bridge and the Royal Mile. Just atop the station on Princes Street, Edinburgh’s terrific visitors center is a comprehensive stop for maps, guides and what’s happening in the lively capital. Spend the remainder of the day exploring the New Town, wander through lovely Princes Street Gardens, pop in a Princes Street shop or two, visit the Georgian House on Charlotte Square, and at least walk the famous Rose Street blocks of brew-pubs and assorted watering holes. 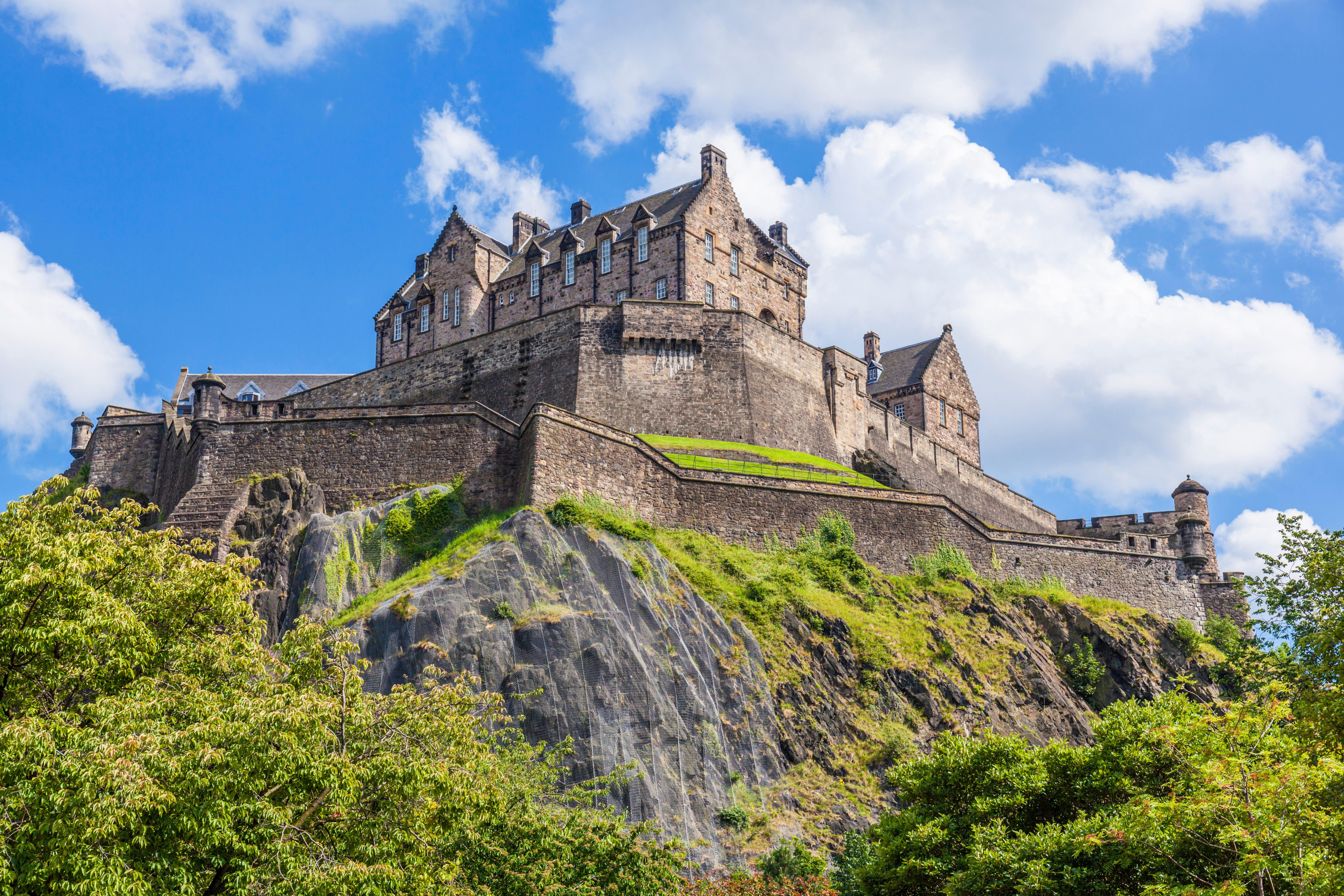 Day 2 – Auld Reekie or The Athens of the North

Spend the day on the Royal Mile, beginning with fascinating Edinburgh Castle, perched on the rocky ridge at the top. It’s all downhill from here. Halfway down, don’t miss St. Giles Cathedral—not really a cathedral, but the “High Kirk” of Edinburgh Edinburgh—where John Knox solidified the Scottish Reformation against Mary, Queen of Scots. The Canongate Tolbooth, Huntly House Museum of Edinburgh’s history, John Knox’s House, Deacon Brodie’s Tavern: all lie along the way, along with tartan and woolen shops, restaurants and pubs and a few dozen souvenir outlets. At the base of the Royal Mile lies the Palace of Holyrood House and the new Scottish Parliament buildings in Holyrood Park. You’ll have to make choices, but it’s a fun, rewarding day.

Day 3 – To Durham of Town and Gown

A mid-morning train south from Waverley Station will have you in Durham for lunch, arriving above the old city center and looking down on majestic Durham Cathedral. It’s a short taxi ride down to a hotel, likely on the River Wear. The Three Tuns is a classic stay, convenient to the Marketplace. Durham Cathedral and Durham Castle (see “Castle and Cathedral,” July 2012, p. 24) are the obvious visits. The imposing Romanesque cathedral is one of the greatest Norman legacies, standing after almost 1,000 years.

This is a university town. Antiquarian book shops, student cafes and pubs, galleries and such abound along the cobbled streets around the marketplace and the covered market. Step into the old parish church on the marketplace, St. Nicholas, as well. It’s a little bit different from what you might expect.

Day 4 – To Walled and Wonderful York

Once you’re settled in, the first place to start is York Minster. On the way, you’ll find signs to the nearby Tourist Information Centre on St. Leonard’s Place. Stop in to pick up York street maps, check out what local events might be on, and perhaps grab a city guide. Perhaps check out an evening performance at York’s beautiful Theatre Royal next door.

The largest Gothic cathedral in northern Europe, York Minster is itself a repository of history as well as faith. If you’re at all inclined, choral evensong, most afternoons at 5:15, is a spine-tingling experience. Pop in, too, to the parish church of St. Michael le Belfry. At some point, take a walk along the old city walls; the stretch near Bootham Bar, adjacent to the cathedral, offers a great view into the back gardens of the cathedral close. 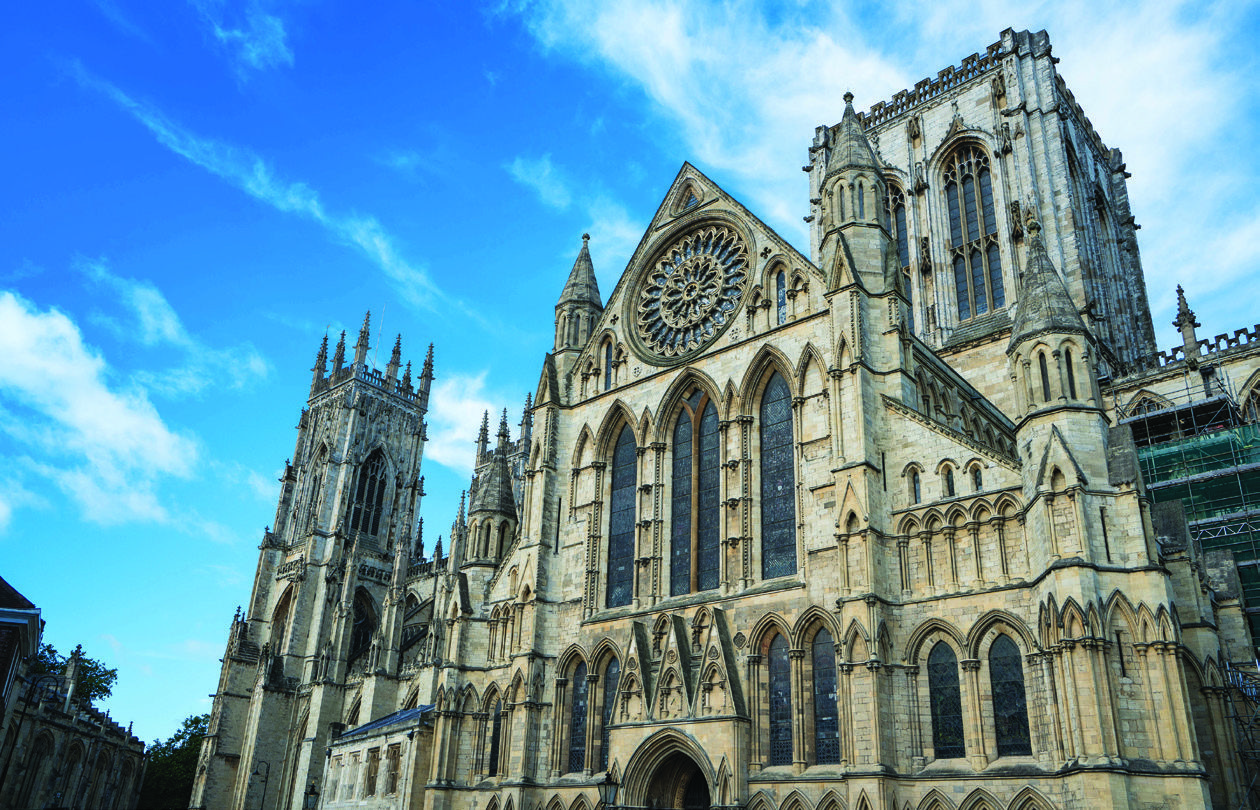 You could spend a week in York and still leave fascinating bits of this microcosm of English history unseen. The Jorvik Viking Centre offers a great time-ride into York’s 10th-century Viking past. The Castle Museum is one of the great “folk” museums going and well worth a visit. The National Railway Museum is the largest rail museum in the world, displaying famous locomotives, Royal carriages and a panoply of rail paraphernalia and history. Don’t miss The Shambles, England’s prettiest medieval street, and perhaps drop in to Ye Olde Starre Inn on Stonegate—York’s most famous pub.

You’ll take a spur off the Mainline this morning with a train to Lincoln. Dramatic Lincoln Cathedral can be seen for miles perched on a rocky outcrop rising sharply from the flat Lincoln shire plains. The train station is on the plains, in the center of the modern commercial city. There are several fine hotels right around the station. Or catch a cab up to the cathedral precinct to the classic White Hart. Either way, the top of the hill is the destination.

Third-largest cathedral in England, Lincoln Cathedral shares the hilltop with Lincoln Castle, the bastions of church and state in Lincoln shire for centuries. The castle is under some serious refurbishment, but has unique features not to be missed, including the Victorian prison chapel. Wander down cobbled and appropriately named Steep Hill to the High Street.

Again, it’s a short ride down to Peterborough, back on the Mainline. Peterborough is an often overlooked gem of a visit. It gets few international visitors, and is all the more interesting for that. The old medieval cathedral city was named one of the “New Towns” after World War II and exploded with planned urban growth. The old city center, though, remained largely untouched—a beautiful pedestrianized precinct spreading out around the cathedral close and Peterborough’s grand old city hall. That’s where you want to be. The Bull Hotel is a great lodging option, adjacent to the pedestrian district.

Do see Peterborough Cathedral, with its royal graves and magnificent wooden-roofed nave. This is also the place to go shopping. Prices will be cheaper than London and the downtown cityscape includes Queensgate, one of the premier modern shopping galleries in Europe—complete with marble floors.

When the time comes, London’s King Cross is no more than an hour’s ride. If you’ve got more time and energy, of course, you can always catch a train over to Norwich.