FOR CENTURIES Benjamin Franklin’s only residence still in existence any place in the world has stood on a quiet street in London between the Strand and River Thames near Charing Cross. Only a simple plaque set into the outer wall of the house at 36 Craven St. noted the fact that the great American statesman had once lived there. This changed on January 17, 2006, the 300th anniversary of Franklin’s birth, when the house where he lived between 1757 and 1775 was opened to the public.


When Franklin and his 26-year-old son William took lodgings there in 1757, this terraced house would have been quite new, having just been erected in 1730. The owner of the house was the widowed Margaret Stevenson; she and her daughter Polly and Polly’s husband, a doctor, also lived there. They became a surrogate family to Franklin, and he delighted as his role became that of “the head of the household.”
Franklin had gone to London to argue a case (which he won) on behalf of the Pennsylvania Assembly against the powerful influence of the Penn family in Pennsylvania government. He was then asked to stay on as chief representative of the American colonies. Born in Boston, Mass., on January 17, 1706, to an American mother and a British father, Franklin moved to Philadelphia as a young man and became a printer. Though he had very little formal schooling, he went on to become a noted scientist, inventor, musician, writer, politician and statesman—and one of the founding fathers of the United States of America. 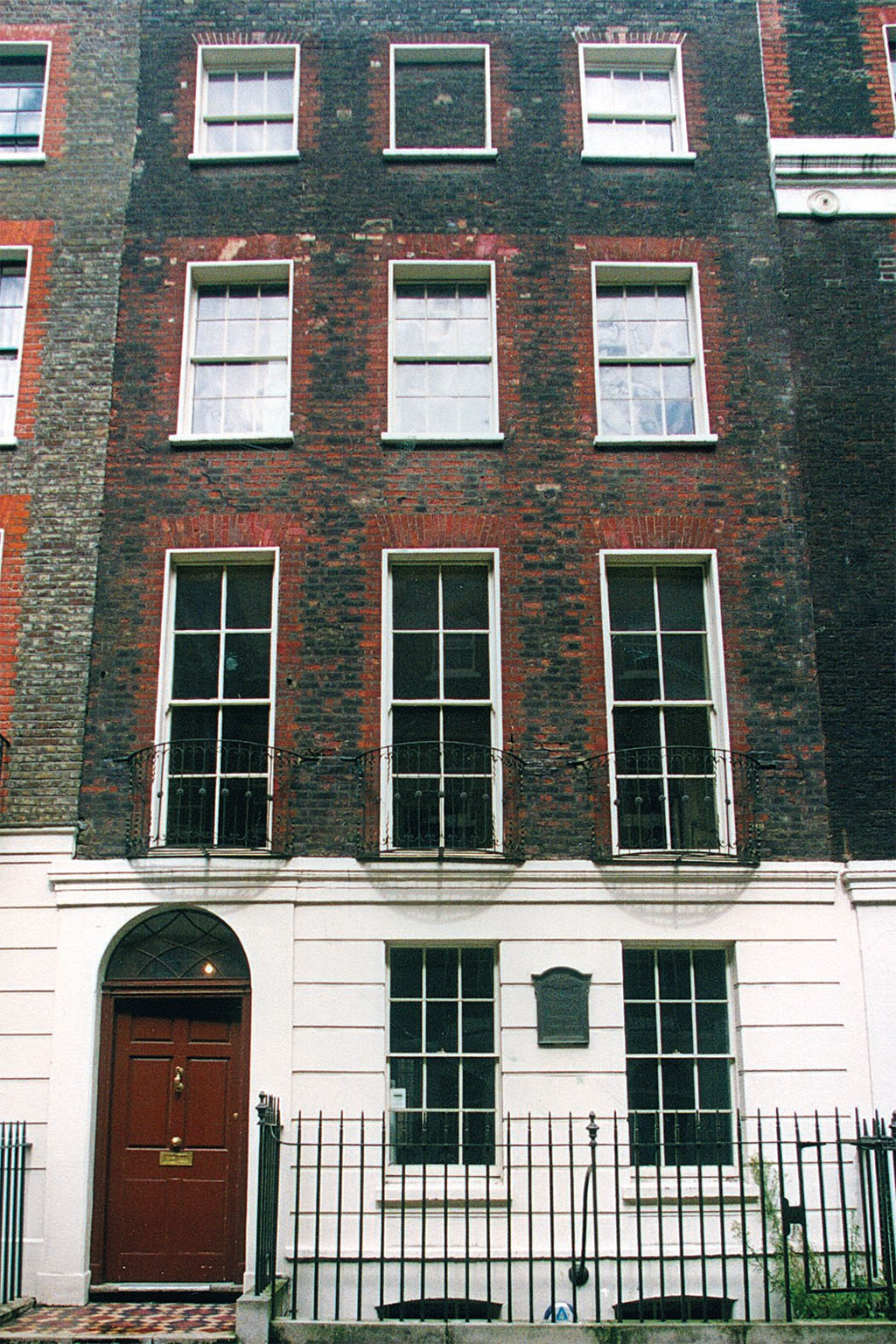 COURTESY OF THE BENJAMIN FRANKLIN HOUSE

After meticulous restoration, Benjamin Franklin’s London house is welcoming visitors for the first time. Open 10-5 Wednesday through Sunday, the world’s only remaining Franklin home lies just steps off the Strand next to Charing Cross Station.[/caption]

During much of his residency at 36 Craven St., Franklin was principally occupied with negotiating relations between Britain and America. He found time to enjoy many of his other interests while living there, however, pursuing his love of science by inventing bifocal spectacles and the energy-saving Franklin stove; exploring medicine through his research into inoculations and cures for the common cold; and inventing the glass armonica, for which Mozart and Beethoven composed numerous pieces. He also regularly published the Craven Street Gazette, a parody of a newspaper’s gossip column that became quite popular in London. While the Gazette dealt with political issues of the times, it also reflected a lighter mood. Franklin wrote on Saturday, September 22, 1770, for example: “We hear that Mr. Wilkes was at a certain House in Craven Street this Day, and enquired after the absent Queen. His good Lady and the Children were well.”
He was accepted and revered by the elite of English society and led a very active social life. Franklin enjoyed frequenting the many coffeehouses in the cosmopolitan capital and socialized with many famous figures of the times. His house became the first de facto U.S. Embassy as people like William Pitt, the Elder, went there to negotiate with Franklin in the final days before the start of the American Revolution.
The primary task in getting this house ready to be opened to the public has been the conservation of the derelict interiors. Since Franklin’s residency, the building was used variously as a boarding house, hotel and offices before being taken over in more recent times by squatters and pigeons. Experts were called in to create a conservation plan that would restore the house in every detail to what it looked like when Franklin lived here. Eleven of the house’s 14 fireplaces are the originals, though the remaining three have been restored. Open rafters have been replaced with plaster ceilings prepared in the 18thcentury style with lime and hair. Colors have been chosen for the walls based on scientific technology that showed exactly what colors were painted in Franklin’s time there. The first-floor parlor has been glazed because it is believed that Franklin did this to increase the light in a space where he did much of his writing.
Mârcia Balisciano, director of the Benjamin Franklin House, recalls her involvement with the project: “I had naive expectations that Franklin’s only surviving residence could be opened to the public quite quickly, so the last six years have been an exercise in tenacity. Yet it has been hugely rewarding—no matter a ceiling falling on my head in a winter with no heat, or the length it took to convince funders of the importance and viability of the project.”
Visitors to the house buy their tickets at the new Players Theatre in the Arches just behind the house. They are then greeted at the back basement door by “Polly Stevenson,” the woman who became a daughter to Franklin and whose mother owned the house. “Polly” guides visitors around the basement, the ground floor where she and her husband and mother had their private quarters, and to the first floor, the best part of the house, where Franklin had his quarters.
English actress Imelda Staunton is the voice of Mrs. Margaret Stevenson as the rooms come alive with audio and video presentations of what it was like to live in London in the 18th century. In Franklin’s first-floor front parlor, the largest room in the house, the “dental moulding” around the ceiling is brilliantly restored. Franklin often tried to find a solution to a question that is very timely today: How do you get more heat from less fuel? He thought one solution was a sliding metal damper that he installed on either side of a fireplace in a room just off his front parlor; those two rods are still in place today.
Benjamin Franklin’s house truly conveys a sense of the life and times of Franklin and his adoration for the best in American and British traditions. The student science center on the second floor of the house enables school groups to experiment hands-on with scientific discoveries from Franklin’s London years, while the scholarship center on the third floor contains a complete set of the published Papers of Benjamin Franklin and is available to scholars for research purposes. Balisciano and her staff are confident that the house has a bright future: “As a center of the 18th-century Enlightenment, it is fitting that it will play a special role in the 21st century, bringing history, the arts and science to life.”
In 1775 Franklin had to flee England or risk being arrested because of the raging American Revolution back home. After independence, Franklin played the role of elder statesman as the United States of America came into existence. He died on April 17, 1790. Today, we can only imagine how he would have used his many skills and talents in the restoration of the house were he still alive. Number 36 Craven St. is now a living reminder to all that a great person once lived there, and his spirit undoubtedly hovers over the attractive, serene street lined with Georgian houses that would have been so familiar to him.