The legacy of Anthony Ashley-Cooper the Victorian social reformer 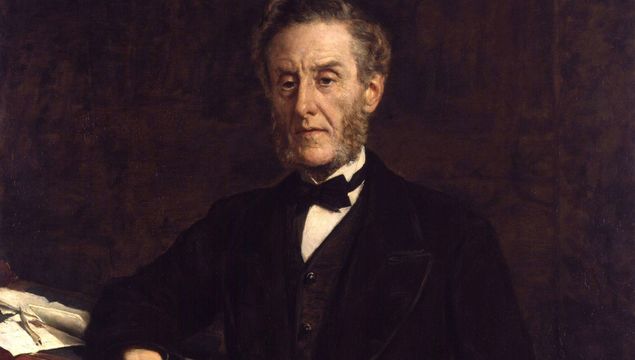 Anthony Ashley Cooper opened people's eyes to the oppression of the weakest and poorest among them and led the way to easing their misery.

Stories about children growing up in harsh, unloving homes usually end with the children becoming social misfits. But sometimes the absence of a caring environment in childhood breeds a strongly empathetic adult who seeks to spare others from pain. Perhaps that explains why the Seventh Earl of Shaftesbury became such a dedicated social reformer, campaigning against the abuse of children working in factories and mines and the scandalous treatment of the insane in lunatic asylums. He also laboured to establish schools, to abolish the use of small children as chimney sweeps, and to wipe out child prostitution. He was a vocal opponent of slavery but had little respect for the United States' President Abraham Lincoln and thought the South should be permitted to secede from the Union.

Shaftesbury was born into the aristocracy on 28th April, 1801. Though he was the eldest son and heir, he was far from spoiled. Young Anthony Ashley-Cooper's parents showed no love toward their nine children and often neglected them. A household servant, Maria Millis, took the boy under her wing and introduced him to Evangelicalism, but she died shortly after he left home for boarding school at age seven. It was a miserable time for Anthony in a miserable place. He remembered the Manor House School at Chiswick as 'bad, wicked, filthy; and the treatment was starvation and cruelty.'

Ashley moved on to Harrow in 1813 and found it a welcome change. Oxford followed Harrow in 1819, and upon graduation he toured the Continent. So far his life typified that of a 19th-century aristocrat. Physically attractive to the ladies, the intense young man experienced drastic mood swings, with the darker aspects predominating.

At age 25 Ashley was elected to the House of Commons. His appointment to the Select Committee on Pauper Lunatics in the County of Middlesex and on Lunatic Asylums set him on the path of social reform. Inmates in the dreadful asylums of the day fared worse than abused animals. Treatment--and not all asylums bothered to treat--consisted of bleedings, semi-starvation, and the plunging of unsuspecting patients into ice water. (There were isolated exceptions. A Quaker named William Tuke founded an asylum where patients received proper care. Not surprisingly, Tuke achieved an unusually high recovery rate.)

The Select Committee called many witnesses, but it made no inspections. Ashley's first speech in the House of Commons supported the establishment of a Board of Commissions to license and inspect asylums. Like many who espouse a new cause, Ashley was drafted to implement his own ideas, and he served on the Commission for 57 years. Tirelessly inspecting these scenes of misery, he gradually brought about improvements in the standards of patient care and treatment.

Ashley also championed the regulation of child labour. Children as young as four worked 16-hour days at dangerous tasks, often falling ill or being maimed as a result. Labour laws begged for reform, and Shaftesbury, working industry by industry, made every effort to marshal bills through the House of Commons that limited the number of hours children could work and the minimum age at which they could be employed. For years he struggled to push a bill through the House of Commons which would limit workdays to ten hours for children ages nine through 13 and abolish labour altogether for younger children. Drawings of half-naked youth and women yoked to coal carts in two-foot-high mine tunnels helped bolster public support for the effort. Ashley also initiated a campaign to ban the use of small children as chimney sweeps. Employers gave youngsters the dangerous job of crawling up narrow, still-hot chimneys. They emerged--if they didn't get stuck and perish in transit--scraped, burned, covered with soot, and prone to a particularly painful form of cancer.

Touring the underside of London, Shaftesbury found ragged young beggars living on the streets or crowded into filthy hovels and boarding houses. He led the effort to clean up the pest holes and provide clean water, better sanitation, and improved housing. He also promoted the establishment of schools for the children. Schooling was extremely important to him. As an Evangelical, he expected the imminent return of Christ and believed that everyone who had not come to know God would be condemned forever. Children who worked long hours, however, had no opportunity to go to school and learn about religion.

The schools then available to these poor, rough children were called Ragged Schools. (The name was intended to let youngsters know they could come without shoes or decent clothes.) John Pounds, a Portsmouth cobbler, launched the idea at the beginning of the 19th century when he invited young ragamuffins into his shop and taught them reading, arithmetic, cooking, shoemaking, and religion. In 1844 Ashley became President of the Ragged School Union and helped spread Ragged Schools throughout Britain.

Still, these children faced bleak prospects for honest employment. Inspired by a flotilla of old but still useful ships congesting the Admiralty yard, Ashley arranged to send eager orphans to labour-poor Australia and Canada. Rounding up 150 boys, he fed them a fine dinner and then asked them whether they would be interested in living on a ship and learning seamanship. The boys' enthusiasm was matched by contributors who provided the funds to outfit one ship, then another.

Lord Shaftesbury became the ragamuffins' darling. The ones he knew, he greeted by name. Sometimes they sent him notes. At the end of his long life, on the day of his funeral service at Westminster Abbey, the poor thronged the streets, hoping to catch a glimpse of his coffin on its way to the Abbey.

In his 84 years, he certainly earned the love and respect of Britain's lower class. He also had earned the respect--if not always agreement and affection--of Parliament. Yet even with such a legacy of good works, depression plagued him to the end. Always polite in person, he railed against all his political enemies, real or perceived, in the diaries he kept throughout his life. He imagined that people hated him, plotted against him, and intentionally treated him disrespectfully. In his diaries, he alternately dreaded being appointed to high position, chafed at being offered positions he perceived as beneath him, or asserted that he would accept no appointment at all--and in fact he turned down Prime Minister Robert Peel's offer to make him Lord Lieutenant of Ireland.

Born into a Tory family of landowners, Ashley's sympathies often lay more closely with the Whigs, so he constantly found himself torn between his personal leanings and the party of his elected position in the House of Commons and later in his inherited position in the House of Lords. Although consistently praised for his elegantly constructed speeches, he imagined them to be weak failures.

His fears and depression had some foundation; many in the Government faulted him for being rigidly religious, and sometimes his causes suffered for it. Money worried him constantly. Kept on a tight allowance until his father died, he then inherited his family's ancestral home, St. Giles. His father had let it decline, and the financial burden of maintaining it more than offset Shaftesbury's income from agriculture. Gifts and loans from friends and relatives helped keep his family afloat, but Ashley remained deeply in debt. He dearly loved his wife, Minny, and their ten children and often agonized over their troubles. His eldest son and heir to St. Giles, Anthony, greatly disappointed his father. Anthony seemed to lack seriousness of purpose and constantly ran up debts his father was hard-put to pay off. Another son, Maurice, suffered from epilepsy, and a daughter, Mary, struggled with severe asthma; both died of their diseases.

Despite his deep personal misgivings, Ashley opened people's eyes to the oppression of the weakest and poorest among them, and he led the way in establishing programs and policies to ease their misery. If he was right about the Second Coming of Christ, he did all he could to help prepare the way.