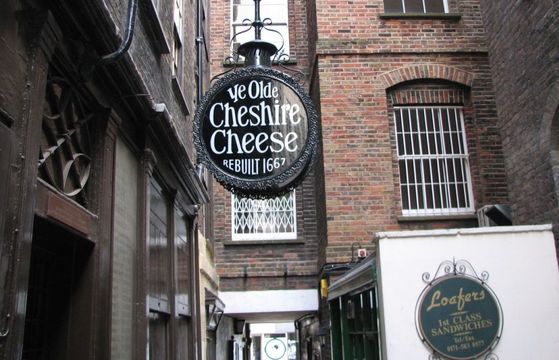 Britain's oldest pubs have many a story to tell. We look into the history of some of Britain's most fascinating boozers, and their most fascinating regulars, including Charles Dickens, The Beatles, and CS Lewis.

We know it’s difficult to live on this sceptered isle and not enjoy a pint or two, and the rich and famous are no exception. For centuries, the great and good have wiled away quiet days and carousing evenings in their local boozer. From singers and scientists to writers and war heroes, here’s a selection of Great British pubs with Great British regulars.

Brits love beer. Even at the height of World War II rationing, it was never a restricted product. When RAF crews returned home after flying over Germany and occupied Europe, they had one place on their minds - the pub.

The Blue Bell in Tattershall Thorpe, Lincolnshire was one place that saw plenty of airmen, given its proximity to Woodhall Spa airfield. The bomber crews based there wanted to spend their evenings in front of a roaring fire with great beer - a delight that the modern visitor can still enjoy. Between Boston and Lincoln, drop into the Blue Bell for a pint with World War II airmen; some didn't return. 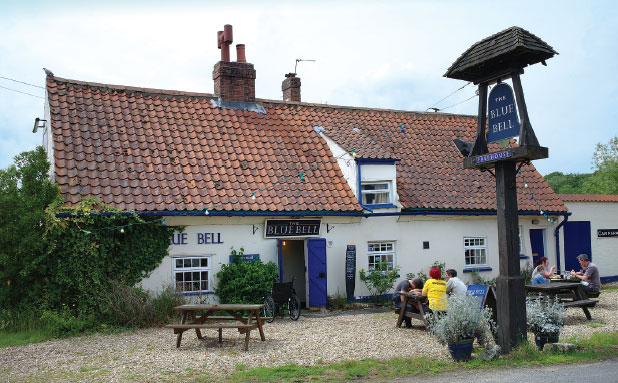 Other pubs have literary locals too. Ye Olde Cheshire Cheese on Fleet Street hosted many writers among its former regulars, from Samuel Johnson, Dickens, and Tennyson to P.G. Wodehouse and Arthur Conan Doyle.

Things have changed a little since their times. The sexually explicit plaster tiles that once adorned the fireplace have been donated to the Museum of London, while the free pipe and tobacco that each customer was once given on entry (something our editor would have been most pleased with) is now consigned to the ages. However, the particular charm of this pub remains.

The Cheshire Cheese is one of those places where it feels like you leave the 21st century behind as you enter the building. It’s gloomy inside - there’s a distinct lack of natural light - and there is a labyrinth of rooms, some dozen spread across four floors, so you’re sure to find a nook or cranny to enjoy a drink. Bring a well-thumbed Jeeves and Wooster or Sherlock Holmes paperback for the full effect.

On a Tuesday morning, join J.R.R. Tolkien, C.S. Lewis and other Inklings for grand conversation over a pint. 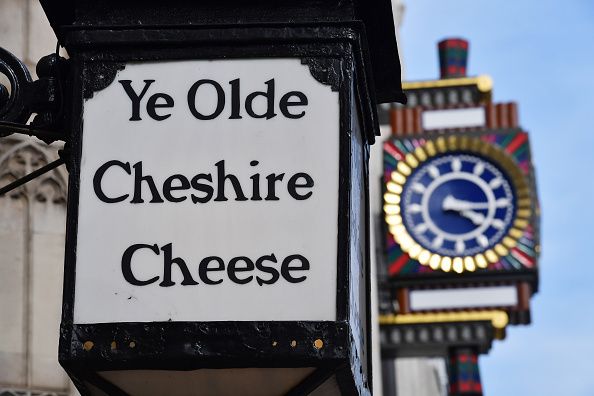 On the other side of the Oxbridge divide, the Eagle and Child is remembered for literature rather than science - it was the meeting place of the Inklings, a writers’ group composed primarily of academics that met regularly at lunchtimes to read and discuss their writings.

Buy a pint and work your way through the surprisingly narrow pub to the Rabbit Room at the back. This used to be the landlord’s sitting room and doubled as a private meeting room for the Inklings. This is where C.S. Lewis discussed the grand themes behind The Lion, the Witch, and the Wardrobe and where J.R.R. Tolkien revealed the finer points of the plot of The Lord of the Rings.

The Inklings left the Eagle and Child after refurbishment opened up their private room to the public, but they didn’t move far. If you wish, you can follow them too; simply cross the road to their new haunt, the Lamb and Flag. But the literary connections of the Eagle and Child continued - Colin Dexter was a regular visitor while writing the Inspector Morse series. 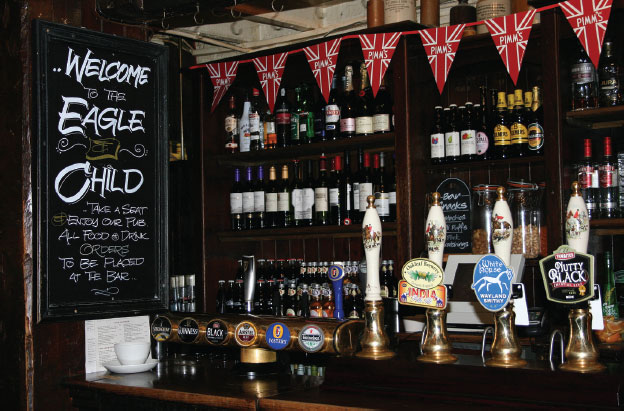 Everybody associates the Cavern Club with the Beatles, but the band actually used to drink in The Grapes across the road, because the Cavern didn’t have an alcohol license. The Beatles played 292 gigs at the Cavern, often more than one a day. After a lunchtime session, they would go to The Grapes for a drink and then on to Brian Epstein’s record shop to listen to the latest hit songs. Epstein’s shop has long gone and the Cavern has been rebuilt, but The Grapes is still there, still a vibrant music pub and still a great place to visit.

Find the photo of the Beatles that was taken while they sipped a beer in the back room. The bench they sat on is still in situ, the wooden paneling and wallpaper behind are the same- a perfect chance to re-create the shot! Apparently, the Beatles would sit at that table due to its proximity to the ladies' toilets so the Fab Four could chat up the girls passing by. 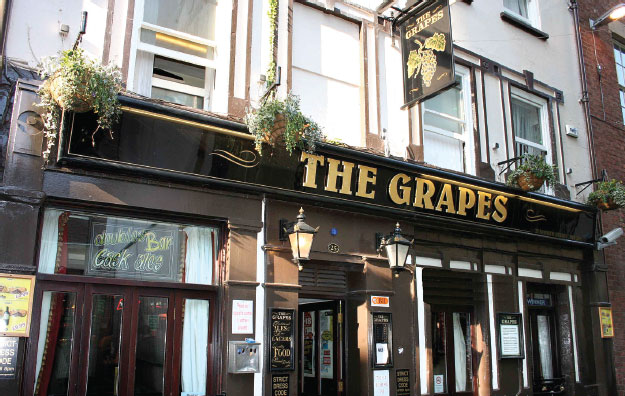 If you visit the White Hart Inn in Edinburgh, be careful whom you befriend. It was from here that infamous Victorian bodysnatchers Burke and Hare selected some of their victims!

Worry not, Burke and Hare’s murderous spree ended in 1828, so you can enjoy central Edinburgh’s oldest pub without glancing suspiciously over your shoulder. Find the carvings on Burke and Hare on the old ceiling beams while you enjoy a pint. William Burke’s skeleton is on display at the nearby Medical School Anatomical Museum, while a book covered with his skin is at Surgeons’ Hall Museum - you might need a stiff whiskey after viewing the grizzly remains! 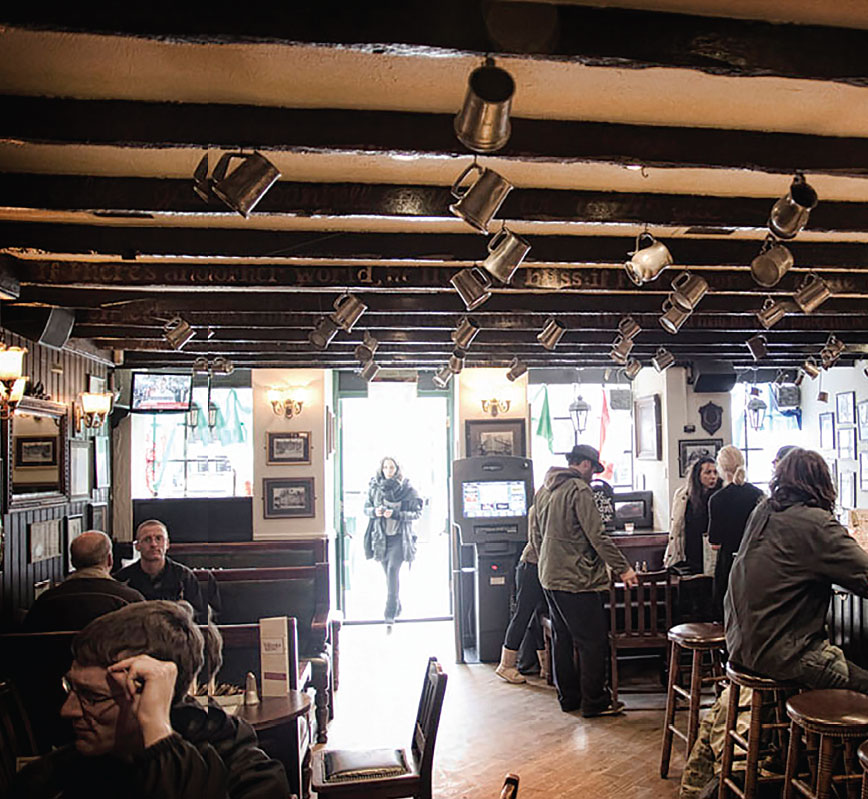