How did British pubs get their names? 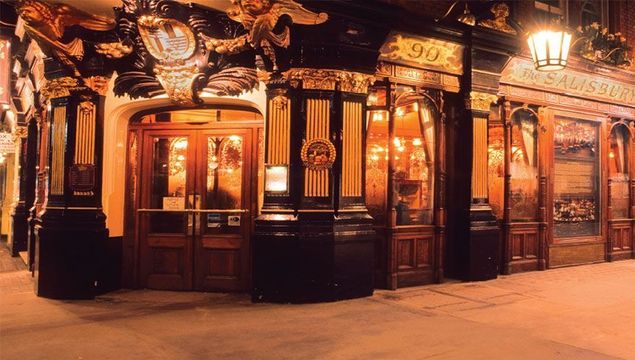 The Skiving Scholar, the Drunken Duck and the Queen’s Head

The British local pub is an undeniable institution but what's with their eccentric names? We examine where the eclectic collection of British pub's names came from.

The local pub. Every British city, town, and village has one, easily recognizable by their colorful signs and equally colorful names. My first pint, many years ago, was in the Black Bull. Now my regular haunt is the Walkley Cottage. When in York, I always seek out the Guy Fawkes Inn. In Nottingham, I head for The Bell. But where did this eclectic collection of names come from?

It was in 1393, during the reign of King Richard II, that pubs were first ordered to hang a sign outside to make them easily visible. Given that the majority of the population could not read, an illustration was often used, and considering their primary trade, many opted for something to do with beer: hops, barley, or barrel. And with it, the name of the pub was born. If you pass a pub called The Hop Pole, the Barley Mow, or the Three Barrels, that is likely to be where the name originated. 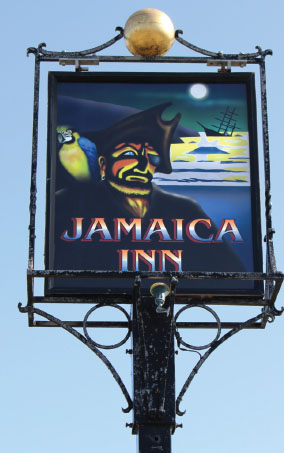 Some pub names, like this famous pub on Bodmin Moor, are less obvious. Think rum and smugglers.

Many other pubs adopted a white hart, the personal badge of Richard II, as their sign. It was a choice that lasted — the White Hart continues to be the fourth most common pub name in Britain. It made sense to indicate your loyalty to the reigning monarch or local lord by adopting their chosen symbol. An easy way to show your support for the king was to use a sign bearing a crown, and The Crown is still the second most common pub name—one which, conveniently, did not need to change with the occupant of the throne. Another popular name, the Rose and Crown, celebrates the end of the Wars of the Roses when Henry Tudor united the red rose of Lancaster with the white rose of York by marrying Elizabeth of York.

Heraldic symbols often indicate some of the oldest pubs in the land; many have carried their names for centuries. The Red Lion certainly has heraldic origins. Some will tell you that it dates back to when James VI of Scotland became James I of England and insisted that public buildings display the red lion of Scotland, others will point to John of Gaunt’s badge as a more likely origin. In truth, there are probably a number of derivations of the Red Lion, which might explain why it is the most common pub name, with nearly 600 examples dotted all around Britain. 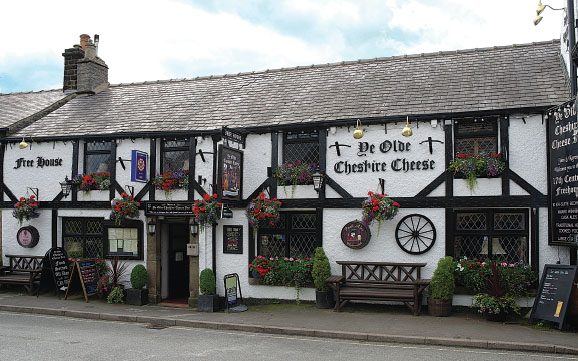 Names with a religious slant—Angel, Bell, Cross Keys or Lamb and Flag—indicate pubs that sit close to churches, or did at some point in their history. Thousands of students must have used the excuse that they were going to The Library, a common name in university districts. One Plymouth landlord was a little more insightful regarding student behavior, calling his place the Skiving Scholar.

Read more: Why Queen Elizabeth II is in the Guinness Book of World Records 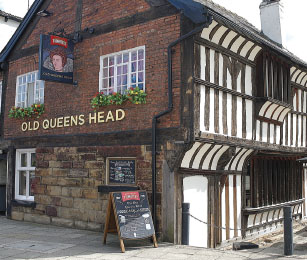 While the reference is to Elizabeth I, it’s likely this Sheffield pub is being called old, not the Queen.

The Coach and Horses marks a place where passengers on a stagecoach received refreshments while horses were changed or given an overnight stop. Take a look at the map and chances are you’ll be close to an old turnpike road. When the steam locomotive was invented, a number of pubs called The Railway or The Station were opened. No surprise what they are named after, although you will occasionally find one next to a disused line.

Pub names offer a glimpse into the past, even when all other evidence has disappeared. The Dog and Bear might indicate where bear-baiting was once held, while The Strugglers might be close to the site of a hangman’s noose. Ironically, the famed 20th-century executioner Albert Pierrepoint was also the landlord of a pub called Help The Poor Struggler.

Some of the more unusual pub names are just as interesting, often recalling stories relating to their specific area. The Drunken Duck in Ambleside recalls the time a leaking beer barrel was enjoyed to excess by the ducks in the yard. When the landlady woke up to discover all of her ducks seemingly dead, she plucked them ready for the cooking pot. The ducks revived just in time to avoid becoming lunch, presumably with sore heads. The Bucket of Blood in Hayle is named after the occasion when a local well brought up a bucket of grisly red water—a murder victim was soon discovered at the bottom of the shaft. 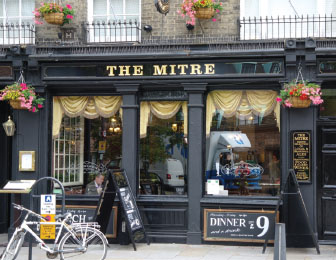 Pub names with a religious slant generally come with a church or a bit of church history nearby.

Of course, pub names can sometimes be a little confusing. You won’t find a Devonshire Arms in Devon, although you will find three in Derbyshire. The pretty Shrewsbury Hotel is indeed in Shrewsbury, but the Shrewsbury Arms is in Chester. If you are confused by a seemingly random location in a pub name, look up the name of the local landowner—that might provide your answer.

Shrewsbury Arms is in Chester. If you are confused by a seemingly random location in a pub name, look up the name of the local landowner—that might provide your answer.

Even more confusing: locals often ignore the name on the sign completely. The Eagle and Child in Oxford—famed as the meeting place of the Inklings writers’ group, including J.R.R. Tolkein and C.S. Lewis—is nicknamed the Bird and Baby by Oxfordians. Sometimes the new name becomes permanent. The Dirty Duck in Stratford-upon-Avon began life as the Black Swan, but the pub adopted the colloquial name given it by American GIs during World War II. The Bull and Spectacles in Blithbury was originally the Bull’s Head until a customer indulged in too much ale, climbed the wall, and left his glasses on top of the sign. The stories behind pub names are fascinating. Keep your eyes open next time you tread the streets of Britain—the name of the local pub may well highlight the area’s past. If you can’t figure out the meaning, you can always ask the barman while you enjoy a pint! 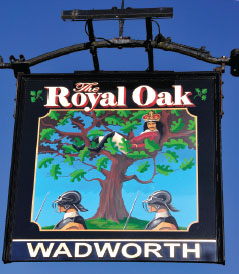 The English Civil Wars didn’t end with the execution of Charles I. His son carried on fighting until the defeat at the Battle of Worcester in 1651. Young Charles fled to the continent thereafter, pursued by the Roundheads. One night, Charles was forced to hide in an oak tree in Shropshire—the original Royal Oak. After Charles returned to Britain as King in 1660, many pubs were renamed the Royal Oak in his honor. 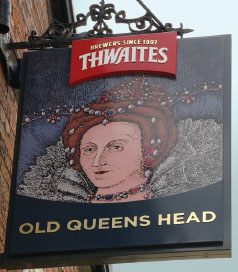 The Origin of the Queen's Head isn’t as gruesome as you might think—it has nothing to do with the beheading of Anne Boleyn and Catherine Howard. The name probably derives from when the pub displayed a picture of Elizabeth I or Queen Victoria on its sign. You won’t find a Queen’s Head celebrating Elizabeth II just yet—modern protocol dictates that reigning monarchs should not be depicted on pub signs during their lifetime. 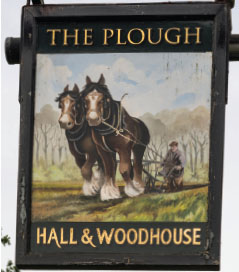 The Plough is the fifth most common pub name in Britain and the most popular not to involve heraldry. Particularly popular in agricultural areas, the name probably marks a pub close to where the community plough was kept. Some artists used the constellation of Ursa Major, commonly known as the plough, as an illustration on the sign instead—some of these pubs found their name evolving into the Seven Stars.

Read more: Billie Eilish announced for the Bond theme song - Here are five of our favorites