On this day: Charlotte Bronte, author of Jane Eyre, was born 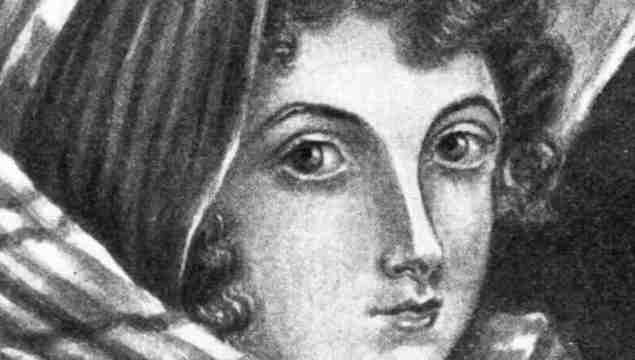 It's no secret that the Brontë sisters were inspired by their surroundings, but was it their hometown of Haworth that was their inspiration or the nearby moors?

The rugged scenery around West Yorkshire’s Haworth is thick with places associated with Wuthering Heights and Jane Eyre. Emily and Charlotte Brontë (their respective authors) lived in Haworth’s Parsonage, along with their sister Anne (also a talented and popular Victorian novelist), their father Patrick (a poet as well as village vicar) and their brother Branwell (a portraitist and drunkard). Tourists flock to Haworth for its Brontë associations, for its picturesque charm, and for the wild beauty of the West Yorkshire moors. 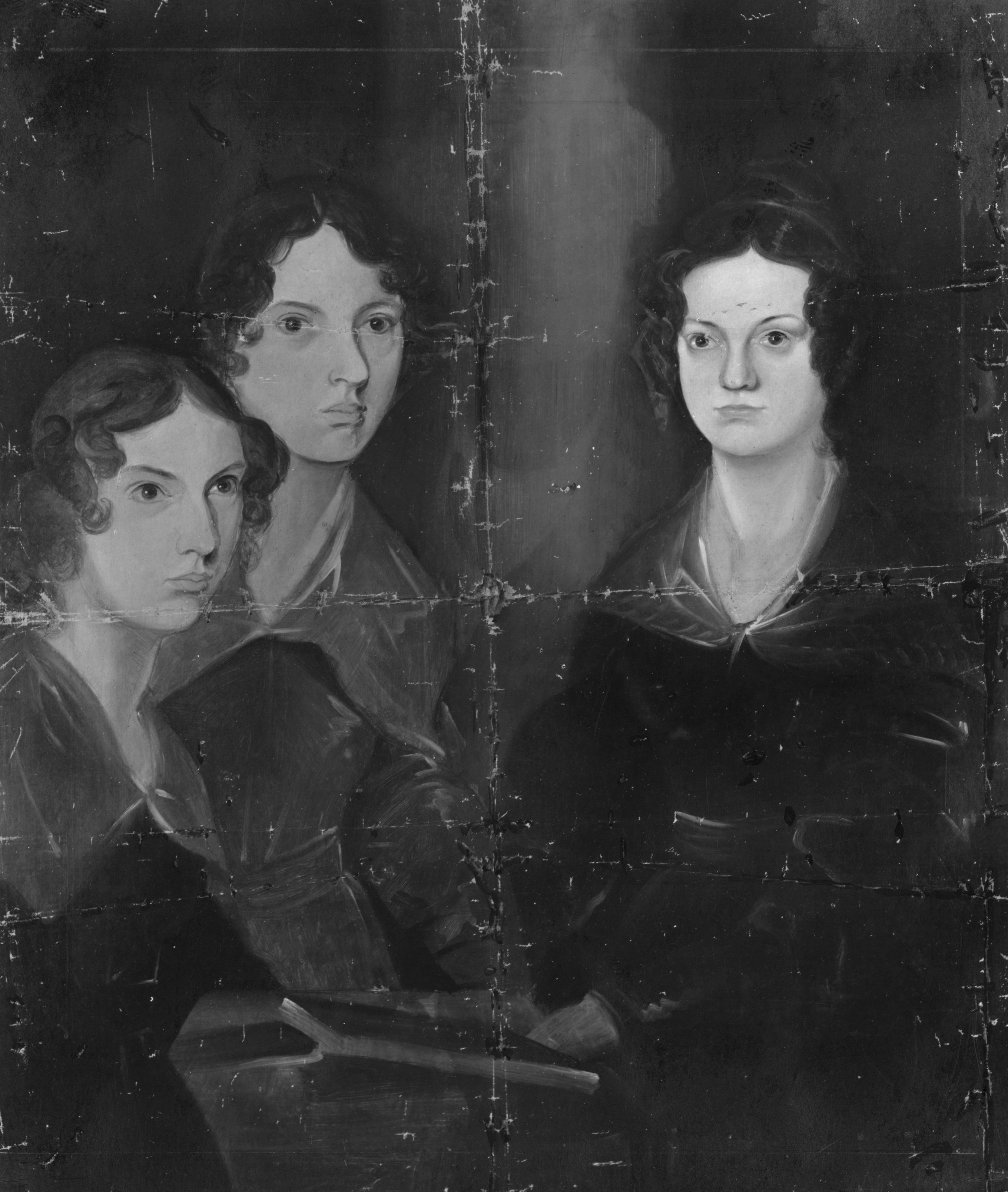 Haworth is a showpiece, on a level with any place in England dedicated to tourism. Its gritstone paved Main Street, pedestrianized during the tourist season, climbs steeply out of a gorge at a wheeze-inducing 12 percent gradient for the length of three football fields. It is lined along its entire length with gray stone buildings two and three stories in height, nearly all of which the Brontës would have been familiar with. Today, they are nearly all occupied by shops, restaurants, and pubs, including the Black Bull where Branwell Brontë drank daily. 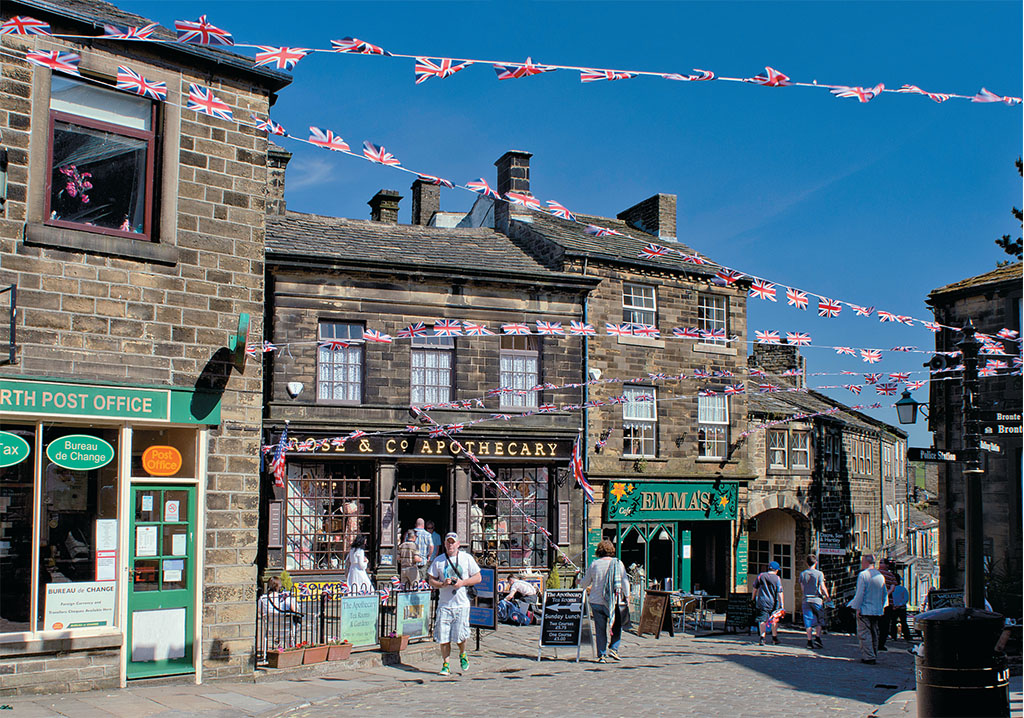 From the top of the lane, the view is of wild moors tightly contained by prim stone buildings. It’s enough to fool you into thinking you’ve reached the ultimate English village.
You haven’t. Haworth really isn’t anything like the type of traditional rural village that supported surrounding farms. When Patrick Brontë acquired the living at Haworth and moved his family there in 1820, it was an industrial town of 4,600 supporting the Yorkshire worsted manufacturers, and in the 41 years of Patrick’s tenure, it did nothing but grow.

The reality of life at Haworth

Look at the upper stories of those buildings, flat and filled with windows; these had been built to house weavers and their families. The men would work looms in the upper floor, illuminated by those wide windows, while their womenfolk and children would walk down the hill to their factory jobs in the mills already lining Bridge-house Beck at the gorge bottom. 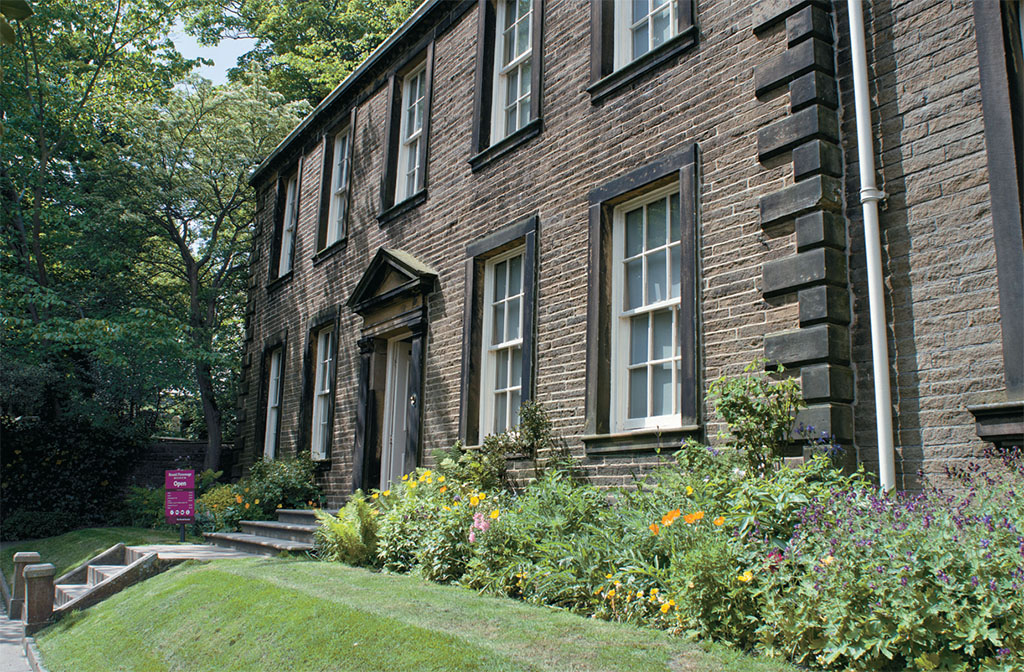 The parsonage where the Brontes lives

Even by 1820, however, cottage weaving was a dying trade, and as the years went by families would become increasingly dependent on wage work at the factories. The town that Rev. Brontë served was new, raw and dirty. Rotting garbage heaps lined Main Street, and raw sewage ran down its center. An 1850 public health report cited overcrowding, lack of privies (only one for every four or five families) and inadequate water polluted by the town’s overcrowded graveyard - more than 1,300 burials in 10 years. Think about that: a quarter of the population dies every 10 years, and yet the population grows. The Brontës were witnesses to the worst of the Industrial Revolution.

The Brontës were the finest family in this rough working-class town. Their parsonage still sits at the top of the town, beside the church and its formerly noxious graveyard, and bordering on the open moors. Today, it is softened by a little forest that has grown up in the churchyard, but of course in the Brontës’ day there was too much grave-digging to allow trees to grow, and contemporary drawings show the church and parsonage bare and exposed from Main Street. 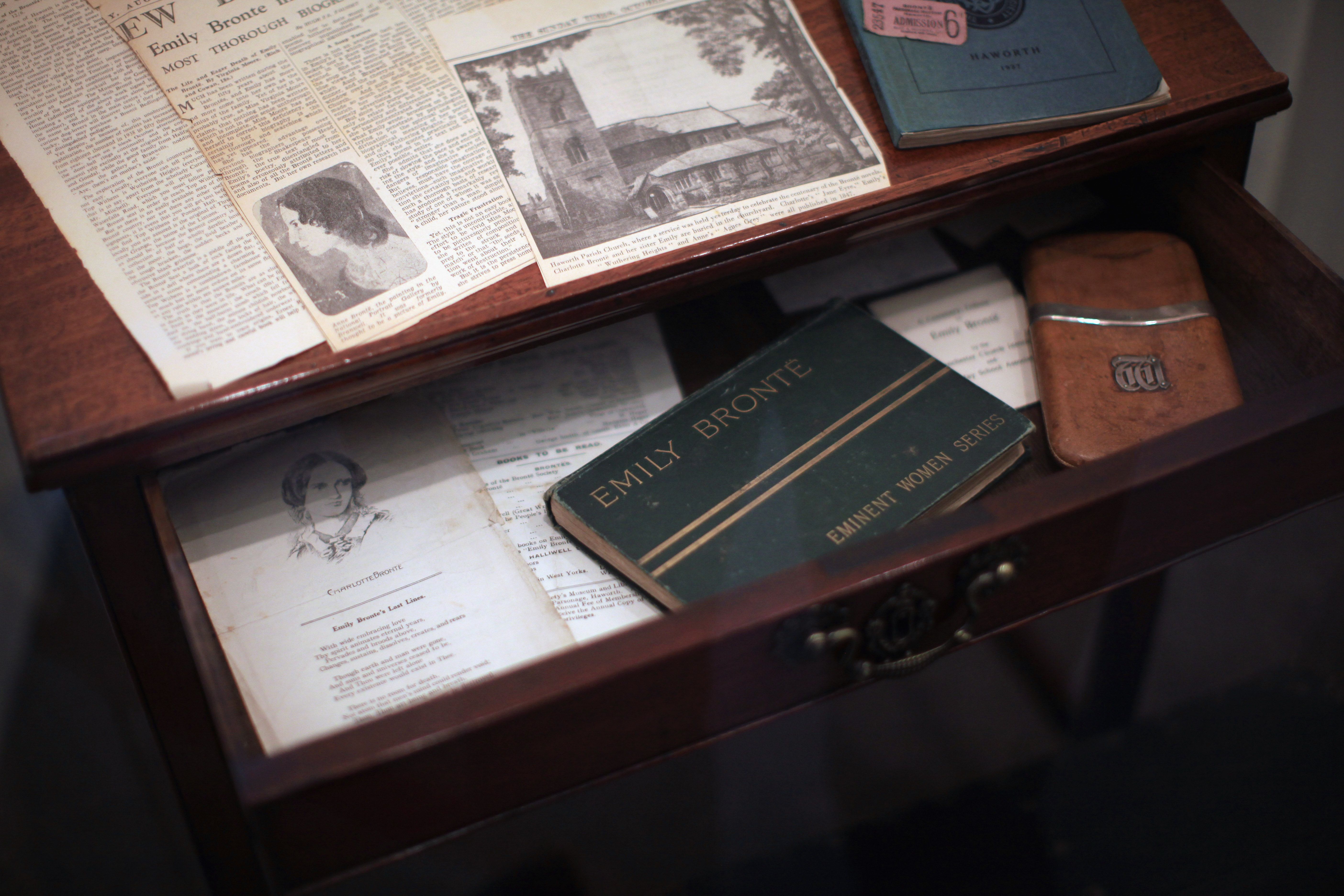 Charlotte Bronte's writing desk on display at the Bronte Parsonage Museum on February 8, 2012 in Haworth, England. The famous Bronte sisters lived at Haworth Parsonage from 1820 to 1861 in the West Riding of Yorkshire. Charlotte, Emily and Anne Bronte were the authors of many famous and loved books in the English language. Their former home is now a museum containing many of the items used by the family. (Photo by Christopher Furlong/Getty Images)

The house today is carefully preserved as the Brontë Parsonage Museum and remains as it was in the Brontës’ time - attractive and well-proportioned, but not over-large. The museum now displays the original 1778 home much as the Brontës would have known it, each of its eight rooms decorated in period furnishings with many family artifacts. One of Charlotte’s friends, Ellen Nussey, later remembered it as “always beautifully clean…[but] scant and bare…mind and thought, I almost said elegance, but certainly refinement, diffused themselves overall, and made nothing really wanting.” The gable wing holds additional exhibits, as does a modern extension to the rear.

Where did the Brontë sisters find their inspiration?

Haworth itself plays little role in the Brontë sisters’ novels. While Patrick was genuinely concerned about his poverty-stricken flock and worked hard for their physical as well as their spiritual well-being, the mores of the time would not have his daughters mixing socially with them.

Only one of the Brontë sisters’ seven novels deals directly with factory workers, Charlotte’s Shirley, and while that book treats the working poor sympathetically, it is told from the point of view of the factory owner and his family. In it, Charlotte dwells on the ravages of the Luddites, who destroyed labor-saving machines and even whole factories. The Luddites and their successors the Chartists, it may be noted, also targeted vicars suspected of sympathizing with factory owners, and for this reason, Patrick invariably slept with a loaded pistol by his bedside.

As its charge would go bad if left neglected, the vicar of Haworth would fire it out his bedroom window upon rising, to reload it fresh in the evening. Such things make an impression on a young girl.

The Brontë sisters and the moors

Instead of looking toward their own town, the sisters looked outward towards the moors. They took long walks in these wild, wind-blown spaces, with Emily being particularly enamored of the moorland scenery. One favorite walk, now followed by a portion of the long-distance path, The BrontëWay, led them two miles to a lovely little waterfall, now known as the c, that stair-steps on square gritstone rocks down the moor; it was here that Charlotte, walking in the rain with her new husband in January 1855, caught the chill that led to her death three months later at age 39. 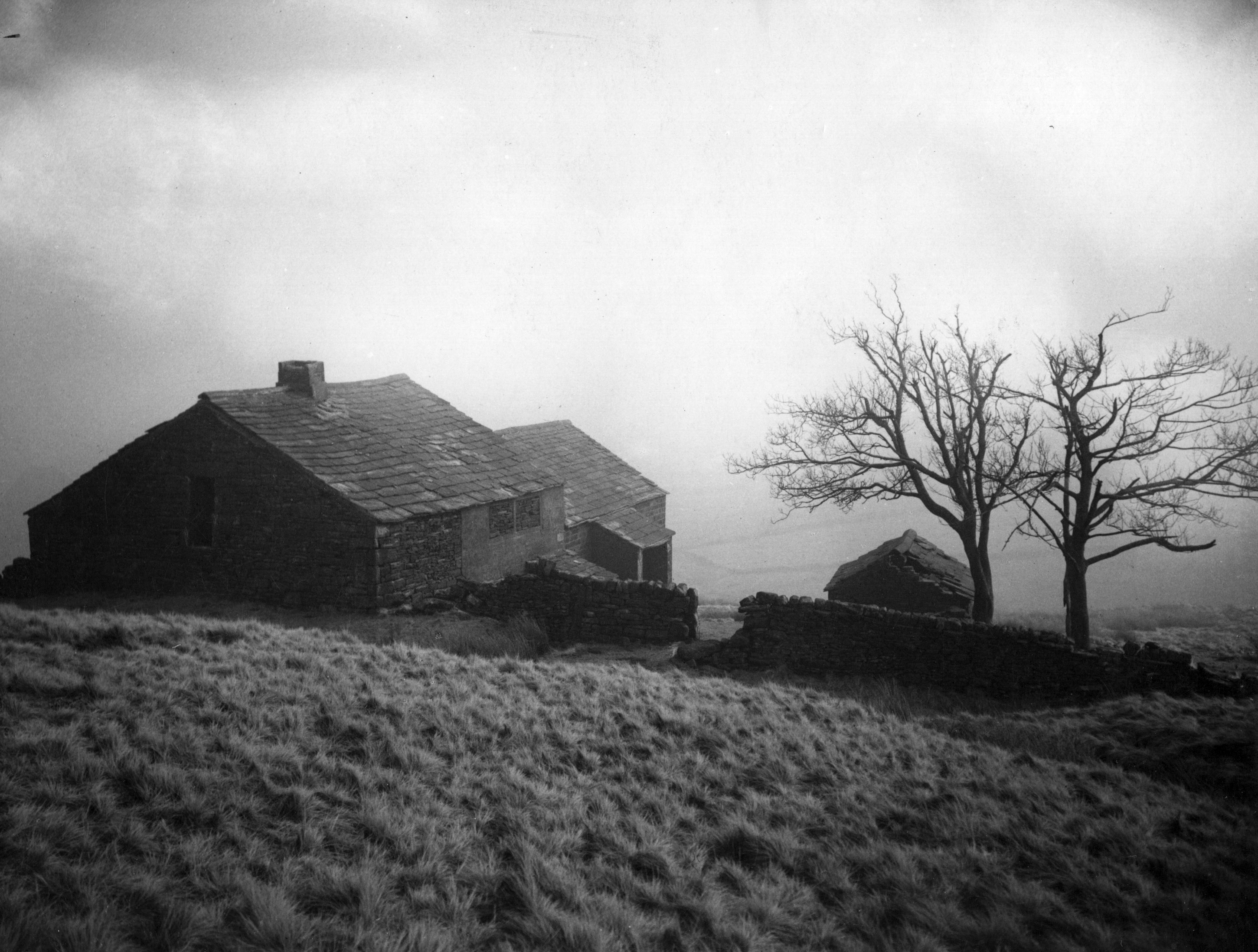 A view of the mists at Top Withins, on the North Yorkshire moors near Haworth, the setting for Emily Bronte's romantic novel 'Wuthering Heights'. (Photo by Val Doone/Getty Images)

Another favorite walk took them three miles to the top of the moor, where the ruins of an abandoned stone farmhouse (still there) evoked the wild remoteness that Emily would transfer to the farmstead Wuthering Heights.

One of their longer rambles took them eight miles to the isolated little village of Wycoller, then as now an enchanting spot. Wycoller is a sweet little English village of thatch and half-timber and old brick sitting at the wooded bottom of a steep-sided valley, a spot that would be more at home in the sunny south of England than the cold moors of industrial Lancashire (for a shire boundary runs across these moors).

Yet here it is, surrounded by a wall of wind-blasted mountains, cut off from the towns of East Lancs, as confined and remote as an Appalachian cove. At its center sits the ruins of Wycoller Hall, a 16th-century stone manor house sitting in the woods by the rocks and rapids of Wycoller Beck. Now the center of a fine country park, it is also noted for its three medieval (and older) stone bridges, one for pack horses and two “clapper bridges” made of great flat stones big enough to span the little creek. The manor’s barn has been rebuilt as a museum, and there are a gift shop and tea room in one of the village houses. Wycoller is also along the Brontë Way, and an industrious walker will pass the Brontë Waterfalls on the eight-mile walk from Haworth. 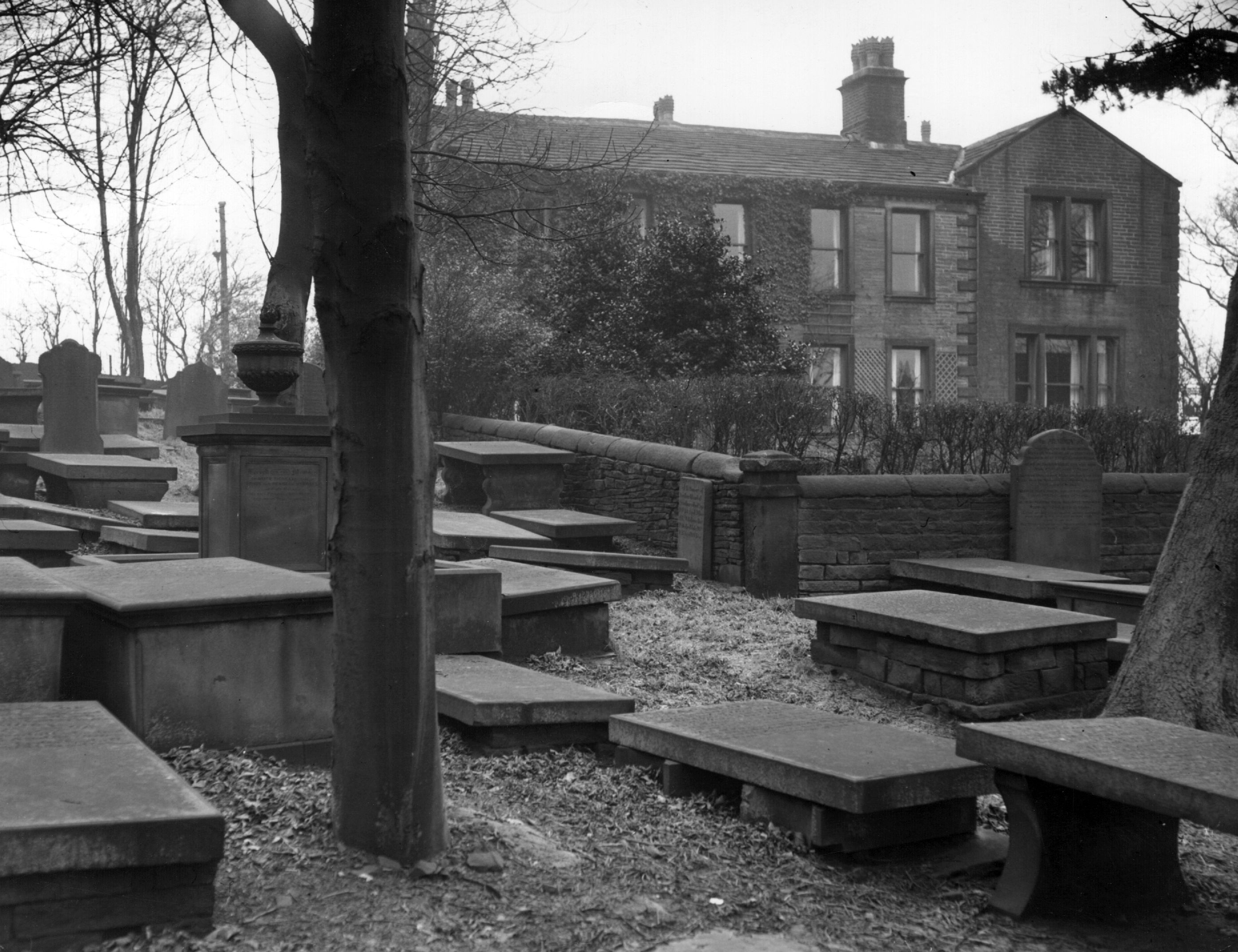 Circa 1940: The Parsonage in Haworth, North Yorkshire, home of the Bronte family, seen from the graveyard. (Photo by Val Doone/Getty Images)

Wycoller Hall is associated with Ferndean Manor in Charlotte’s Jane Eyre and would have been intact (although abandoned and already crumbling) in the Brontës’ day. It evokes, however, Emily’s Wuthering Heights rather more closely, resembling the genteel Thrushcross Grange in its situation—as does all of Wycoller, a gentle spot cut off from the outside world, brooded over by high black-stone farmsteads atop the moors. It is easy to imagine Emily’s sharp mind penetrating beyond the romance of the crumbling manor in its ancient surroundings, to wonder what kind of passion and brutality could stay hidden in such a spot, and to invoke events that would bring such a lovely place to ruins. Wuthering Heights takes place six decades before its writing and has a timeline that corresponds to the abandonment of Wycoller Hall.

The Brontës are well known as poets and novelists and their home, now the Brontë Parsonage Museum in Yorkshire, has become a place of pilgrimage for thousands of visitors each year. We make the journey north to York to discover places associated with their lives, alongside other historic houses with literary associations such as Knebworth House, once the residence of dramatist Edward Bulwer-Lytton, and East Riddlesden Hall, believed to be the inspiration for Gilbert and Sullivan’s Ruddigore.

The Stunning Stately Homes of Yorkshire & the Brontës starts from $5,140 PPS. More information can be found here