The man who tried to steal the Crown Jewels 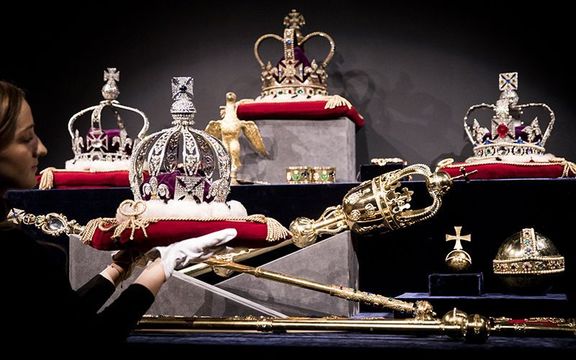 Thomas Blood, believed to have been some sort of double-secret agent, engineered an insane plot in the only close attempt in history to steal the priceless jewels from the Tower of London

Known as one of the most audacious thieves in British history Colonel Thomas Blood attempted to steal the Crown Jewels from the Tower of London using a disguise and plan that turned into madness and ended in arrest.

Blood was born in County Clare, sometime around 1618, according to Clare Library. He was the son of a prosperous English blacksmith with lands in Meath and County Wicklow. Blood was raised in Meath. His grandfather Edmund Blood of Kilnaboy and Applevale was a Member of Parliament.

In 1642 the English Civil War broke out and Blood traveled to England to fight alongside King Charles I. However when it became clear to him that Oliver Cromwell was going to win, he swapped sides and joined the Roundheads. 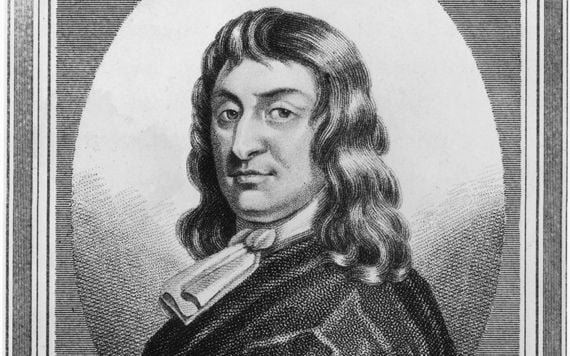 After Charles I's defeat, in 1653, Blood was made the Justice of the Peace and granted a large estate. However, in 1660 when Charles returned to the throne Blood fled back to Ireland with his wife and son.

In Ireland, Blood was joined with defeated and disgruntled Cromwellians who attempted to take seize Dublin Castle and take its governor, Lord Ormonde prisoner. This plot failed and Blood was forced to fall to Holland, with a price on his head for his crimes. He was now one of the most wanted men in England.

As the Clare Library’s research puts it:

“Thomas was a mysterious character. He was linked to various dissident groups who were hostile to the Government, though he was also involved in Government Counsels. It is thought that he worked as a Double-Agent, playing both sides against each other.”

Despite the bounty on his head Blood returned to England taking on the name Ayloffe. He even practiced medicine at a doctor in Romford, in east London.

The long con for the Crown Jewels

In 1670, after yet another failed attempt at kidnapping Lord Ormonde, Blood turned his focus towards a scheme to steal the Crown Jewels.

The Jewels were protected, at the Tower of London, behind a metal grille. The Keeper of the Jewels, Talbot Edwards, lived on the same floor, the basement, with his family. 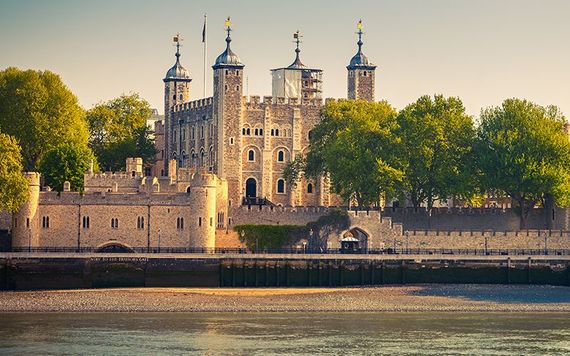 The Tower of London.

Blood donned the disguise of a “parson” and went to see the Jewels. He became friendly with their Keeper, Edwards, and returned at a later date with a woman who was pretending to be this “parson’s” wife. Just as the visitors were leaving the fake wife had a violent stomach ache and was taken to the Edwards quarters to rest.

Four days later Blood returned, still disguised as the parson, with four pairs of white gloves for Mrs. Talbot, to show their gratitude. The families became friends and there were even discussions of Edward's pretty daughter meeting up with the parson’s wealthy nephew.

On May 9, 1671, the parson, along with his “nephew” and two other men made visited Edwards. While the young nephew chatted with Edward’s daughter the others in the party expressed an interest in viewing the Crown Jewels.

Edwards led the way and unlocked the metal door. At that very moment, Blood knocked him out cold, from behind.

The grille was removed from in front of the jewels and the crown, orb, and scepter were taken out. The crown was flattened with a mallet and put into a bag. The orb was stuffed down Blood’s trousers. The scepter, however, was too long to put in a bag so Blood’s brother-in-law, named Hunt, tried to saw it in half. 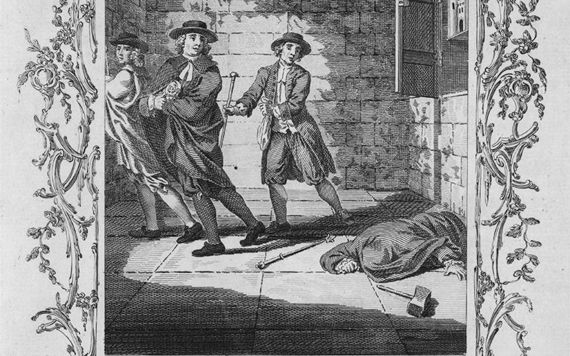 An engraving of the attempted theft of the Crown Jewels.

Blood and his merry men dropped the scepter and tried to run. Blood was arrested having tried to flee the Iron-Gate, after trying to shoot one of the guards.

Once in custody Blood refused to answer questions. Instead, he repeated, “I’ll answer to none but the King himself.”

Quite amazingly Blood was right. Charles I was known to have a penchant for scoundrels and Blood was confident that his Irish charm might actually and literally save his neck yet again.

At the Palace, Blood was questioned by King Charles, Prince Rupert, The Duke of York, and other members of the royal family.

Charles was indeed amused at Blood’s audacity. His amusement was noted especially when Blood told him that the Crown Jewels were not worth the £100,000 as they were valued at, but only £6,000.

When the King asked, “What if I should give you your life?” Blood replied, “I would endeavor to deserve it, Sire!”

Not only was Blood pardoned but, much to the disgust of Lord Ormonde, he was also gifted land in Ireland work £500 a year.

Blood, a turncoat, con man, and thief, became a familiar figure around London and made frequent appearances at the Royal Court.

Once again how Blood got away with his crimes is questioned. The Clare Library asks again if Blood was a secret agent.

“The mystery remains as to what Colonel Blood had done to gain the King's pardon. At some time in his life Blood must have served the King well as a Secret Agent. This was his reward.”

Luck of the Irish runs out… finally

In 1679, Blood’s phenomenal luck ran out. The Clare man quarreled with his former patron, the Duke of Buckingham, who had demanded £10,000 in compensation for some insulting remarks Blood had made about his character.