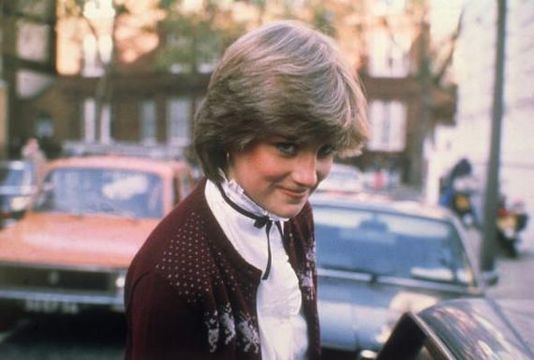 Princess Diana, the beloved mother of Prince William and Harry, was killed in a high-speed car crash in Paris, in Aug 1997. Here is everything you need to know about the "Queen of Heart's" life.

The late Diana, Princess of Wales was born The Honourable Diana Frances Spencer on July 1,  1961, in Norfolk. She received the title Lady Diana Spencer, in 1975, when her father inherited his Earldom.

Lady Diana Spencer married The Prince of Wales at St Paul's Cathedral in London on July 29, 1981.

During her marriage, the Princess undertook a wide range of royal duties. The family was very important to the Princess, who had two sons: Prince William and Prince Henry (Harry). After her divorce from The Prince of Wales, the Princess continued to be regarded as a member of the Royal Family.

On Sunday, Aug 31, 1997, Diana, the Princess of Wales, died following a car crash in Paris. There was widespread public mourning at the death of this popular figure, culminating with her funeral at Westminster Abbey, on Sat, Sept 6, 1997.

Even after her death, the Princess's work lives on in the form of commemorative charities and projects set up to help those in need.

Diana, Princess of Wales, formerly Lady Diana Frances Spencer, was born on Jul 1, 1961 at Park House near Sandringham, Norfolk. She was the youngest daughter of the then Viscount and Viscountess Althorp, now the late (8th) Earl Spencer and the late Hon. Mrs Shand-Kydd, daughter of the 4th Baron Fermoy. Until her father inherited the Earldom, she was styled The Honourable Diana Spencer.

Together with her two elder sisters Sarah (born 1955), Jane (born 1957) and her brother Charles (born 1964), Diana continued to live with her father at Park House, Sandringham, until the death of her grandfather, the 7th Earl Spencer. In 1975, the family moved to the Spencer seat at Althorp (a stately house dating from 1508) in Northamptonshire, in the English Midlands.

Lady Diana was educated first at a preparatory school, Riddlesworth Hall at Diss, Norfolk, and then in 1974 went as a boarder to West Heath, near Sevenoaks, Kent. At school, she showed a particular talent for music (as an accomplished pianist), dancing and domestic science, and gained the school's award for the girl giving maximum help to the school and her schoolfellows.

She left West Heath in 1977 and went to finishing school at the Institut Alpin Videmanette in Rougemont, Switzerland, which she left after the Easter term of 1978. The following year she moved to a flat in Coleherne Court, London. For a while, she looked after the child of an American couple, and she worked as a kindergarten teacher at the Young England School in Pimlico.

On 24 Feb, 1981, it was officially announced that Lady Diana was to marry The Prince of Wales. As neighbours at Sandringham until 1975, their families had known each other for many years, and Lady Diana and The Prince had met again when he was invited to a weekend at Althorp in November 1977.

They were married at St Paul's Cathedral in London on 29 July 1981, in a ceremony which drew a global television and radio audience estimated at around 1,000 million people, and hundreds of thousands of people lining the route from Buckingham Palace to the Cathedral. The wedding reception was at Buckingham Palace.

After her marriage, The Princess of Wales quickly became involved in the official duties of the Royal Family.

Her first tour with The Prince of Wales was a three-day visit to Wales in October 1981. In 1983 she accompanied the Prince on a tour of Australia and New Zealand, and they took the infant Prince William with them. Prince William, with Prince Harry, again joined The Prince and Princess of Wales at the end of their tour to Italy in 1985.

Other official overseas visits undertaken with the Prince included Australia (for the bicentenary celebrations in 1988), Brazil, India, Canada, Nigeria, Cameroon, Indonesia, Spain, Italy, France, Portugal and Japan (for the enthronement of Emperor Akihito). Their last joint overseas visit was to South Korea in 1992.

The Princess's first official visit overseas on her own was in September 1982, when she represented The Queen at the State funeral of Princess Grace of Monaco. The Princess's first solo overseas tour was in February 1984, when she travelled to Norway to attend a performance of Carmen by the London City Ballet, of which she was Patron. The Princess subsequently visited many countries including Germany, the United States, Pakistan, Switzerland, Hungary, Egypt, Belgium, France, South Africa, Zimbabwe and Nepal.

Although the Princess was renowned for her style and was closely associated with the fashion world, patronising and raising the profile of younger British designers, she was best known for her charitable work.

During her marriage, the Princess was president or patron of over 100 charities. The Princess did much to publicise work on behalf of homeless and also disabled people, children and people with HIV/Aids.

In December 1993, the Princess announced that she would be reducing the extent of her public life in order to combine 'a meaningful public role with a more private life'.

In the year before her death, the Princess was an active campaigner for a ban on the manufacture and use of land mines. In January 1997, she visited Angola as part of her campaign. in June, the Princess spoke at the landmines conference at the Royal Geographical Society in London, and this was followed by a visit to Washington DC in the United States on 17/18 June to promote the American Red Cross landmines campaign (separately, she also met Mother Teresa in the Bronx, New York). The Princess's last public engagements were during her visit to Bosnia from 7 to 10 August, when she visited landmine projects in Travnic, Sarajevo and Zenezica.

It was in recognition of her charity work that representatives of the charities with which she worked during her life were invited to walk behind her coffin with her family from St James's Palace to Westminster Abbey on the day of her funeral.

The tragic death of Diana, Princess of Wales occurred on Sunday 31 August 1997 following a car accident in Paris, France.

The vehicle in which The Princess was travelling was involved in a high-speed accident in the Place de l'Alma underpass in central Paris shortly before midnight on Saturday 30 August.

The Princess was taken to the La Pitie Salpetriere Hospital, where she underwent two hours of emergency surgery before being declared dead at 03.00 BST. The Princess's companion, Mr Dodi Fayed, and the driver of the vehicle died in the accident, whilst a bodyguard was seriously injured.

The Princess's body was subsequently repatriated to the United Kingdom in the evening of Sunday 31 August by a BAe 146 aircraft of the Royal Squadron. The Prince of Wales and the Princess's elder sisters, Lady Sarah McCorquodale and Lady Jane Fellowes, accompanied The Princess's coffin on its return journey.

Upon arrival at RAF Northolt, the coffin, draped with a Royal Standard, was removed from the aircraft and transferred to a waiting hearse by a bearer party from The Queen's Colour Squadron of the RAF. The Prime Minister was among those in the reception party.

From RAF Northolt the coffin was taken to a private mortuary in London so that the necessary legal formalities could be completed. Shortly after midnight, it was moved to the Chapel Royal in St James's Palace, where it lay privately until Friday 5 September, when it was taken to Kensington Palace for the last night before the funeral on Saturday 6 September, in Westminster Abbey. The Princess's family and friends visited the Chapel to pay their respects.

Following the funeral service, the coffin then was taken by road to the family estate at Althorp for a private internment. The Princess was buried in sanctified ground on an island in the centre of an ornamental lake.