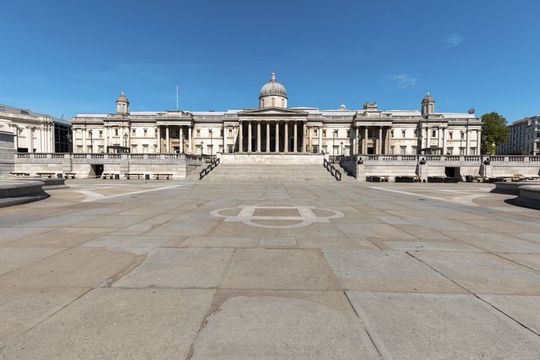 Deep below ground level, The Mithraeum recreates the Temple of Mithras in a spectacular visitor experience on the original site.

Wherever building work takes place in the Square Mile, Londinium looms. An elaborate mosaic floor from a glamorous town villa. A heating system from a local bathhouse. A gladiator’s helmet.  Lamps, amulets, shoes, armor, jewelry, pots, weapons, money, even letters: literally thousands of objects continue to fetch up on a regular basis, there may be nearly 2,000 years between us, but the Romans may just be our most frequently “discovered” ancestors.

This is due in part to the depths of modern foundations. Previous, shallower constructions have obliterated more recent traces of history, but the Romans lie deep, typically 40 feet beneath our own.

Back in 1954, rebuilding after World War II revealed the extraordinary Temple of Mithras at Walbrook, a stone’s throw from Cannon Street Station. Public interest was unprecedented and, in the few short weeks the excavations were revealed, tens of thousands of Londoners filed past. Then, unforgivably, the entire site was bulldozed. As a sop to public outcry, the temple itself was perfunctorily re-erected around the corner, facing the wrong way.

Thankfully regulations have changed. When Michael Bloomberg bought the same site for his new European headquarters, he, like all modern developers, was obliged to fund a full archaeological excavation before starting construction. A small strip of land, missed by the 1950s builders, was found to be rich in archaeological evidence. Bloomberg pledged to return the temple to its rightful place, deep underground, and construct a thoughtful museum around it, with free entrance to all. He has stayed true to his word. The Mithraeum is staggering. A clever light show allows visitors to immerse themselves in the mysterious cult of Mithras and see more than 600 of the 14,000 artifacts unearthed on the site. This includes some of the most important Roman finds made in Europe: an extremely rare series of wax tablets used by ancient Londoners as memoranda. The museum is tiny so you need to book online in advance, but the small number of visitors in each timeslot allows for a truly atmospheric experience.

If you want to see the biggest-hitting artifacts of Roman London, head for Room 49 of the British Museum. “Romans in Britain” features stunning mosaics and artifacts from Londinium, including the Leadenhall Street roundel of Bacchus astride a tigress.

London Wall, first built by the Romans included high defensive walls, towers, ditches and, of course, gates to famous roads leading to the rest of the empire, still remembered in many of our place names: Ald (old) gate, Newgate, Ludgate, Bishopsgate. Sections still exist, including next door to Tower Hill station and especially around the Barbican. There is a very good stretch at Noble Street, just around the corner from the Museum of London, which has an added bonus: it’s the only sliver of the City not rebuilt since World War II and also reveals sections of more modern houses.

The Museum of London’s Roman rooms have more mosaic floors, ceramics and marble statues alongside hundreds of other artifacts. Objects from the original 1954 Temple of Mithras excavation live here, including a roundel of the god riding a bull, an iron dagger and a famous marble head of the god Serapis, complete with a distinctive corn-basket headdress. Don’t forget to look out of the window at the remains of a great Roman bastion in the grounds below.

“The Roman Dead” exhibition, running between May 25 and October 28, 2018, at the Museum of London’s sister gallery at Docklands, will display a rare sarcophagus recently discovered south of the river at Southwark alongside other funerary artifacts, piecing together Roman attitudes to the afterlife.

Possibly the speediest way to the afterlife in Roman times was in the gladiatorial ring. Archaeologists discovered London’s Roman Amphitheatre while rebuilding the Guildhall Art Gallery. Visitors now descend deep below the world-class collection of paintings to step into the very ring where gladiators, male and female, slugged it out with wild beasts and each other. A superb laser display helps interpret the ruins. Outside, in Guildhall Yard, a pattern in the tiles traces the exact footprint of the original building.

Roman London was generally restricted within the city walls, so if you see National Trust signs “to the Roman Bath” in Strand Lane, WC2, don’t be fooled. It is most definitely worth taking a detour down the steps into a Georgian alley to see the curious pool (press a button on the wall to illuminate it) but the “Roman” artifact was, in fact, built in 1612 as a feed tank for a fountain in a nearby garden. It was used in later times as a plunge pool—Charles Dickens’s David Copperfield took a dip—but Roman bath it most definitely isn’t.

You can see the real thing, however, if you go back to the City. Billingsgate Roman House and Baths, dating back to the late 2nd century were, for years, not open to the public. Now, between April and November, you can book a place on a 45- minute tour under a bland- looking corporate building in Lower Thames Street. Hypocausts (the strange pillars used to circulate hot air in an early form of underfloor heating), the frigidarium (cold), caldarium (hot) and tepidarium (warm) pools remind us that these people were used to Mediterranean climes. They must have hated the cold, damp British weather. 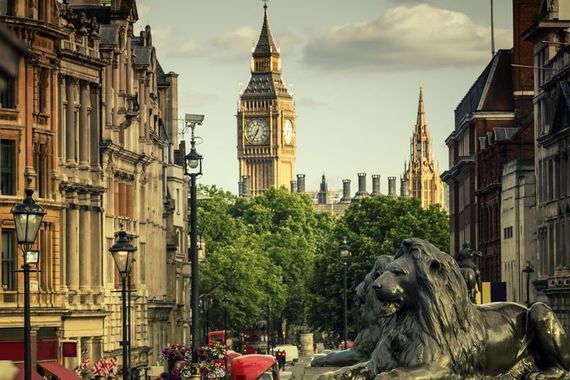 Just along Lower Thames Street lies a secret chunk of Roman London, in the porch of the church of St. Magnus the Martyr. A rotten plank of wood held in place with iron bands turns out to be a timber from the very first London Bridge. It’ll take a second to see, but you’ll have viewed something virtually no one else knows about.

Another secret piece of Roman London hides in the mysterious crypt of St. Bride’s Church, just behind Fleet Street. Apart from being a fascinating place in itself, housing a medieval chapel (now a journalists’ memorial space), 17th-century iron coffin to deter body snatchers and curious stone carvings, the church is built on what may have been a center for Christian worship in Roman times. The tessellated pavement is still on display.

The Romans left our shores in the early 5th century, abandoning London to all-comers. Few came. People avoided the city, perhaps fearful of evil spirits lurking there. The great buildings fell into ruin, overgrown then grown over. Archaeologists can tell different periods of Roman history from the color of the soil. A thin layer of red earth signifies the rebellion in ad 60/61 by the Celtic queen Boudicca, where Londinium was burned to the ground; the brown and white layer of foundations above it proves the invaders fought back.

Perhaps most poignant of all is the strata of dark, undisturbed earth on top of that. After its first great flowering, London went to sleep awaiting its next occupation.

Of course, it didn’t wait long. My final suggestion for Roman London can be found in the crypt of All Hallows by the Tower. Built on a fine tessellated floor, probably from a domestic house of a wealthy Roman family, the church also houses a 7th-century Saxon chapel built using recycled Roman roof tiles. What goes around, comes around.