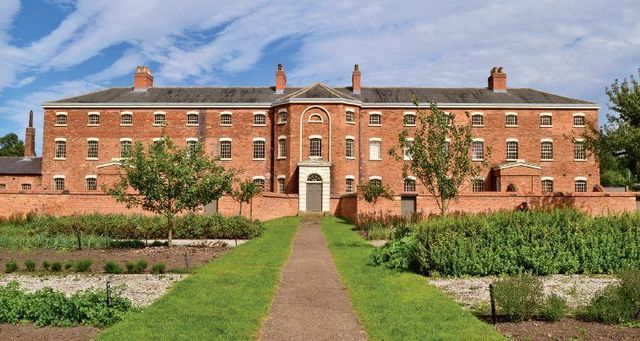 Victorian workhouses were a common institution throughout Britain's history. How much do you know about the controversial buildings?

Mention that you’re visiting a Victorian workhouse in Britain, and people will nod their heads and tell you how awful, cruel, and relentless they were. Still, considering the terrible standard of living among the 19th-century poor, were they really that bad?

We visit Southwell Workhouse to see how people really lived during the 19th century.

Step back to 1601 when the Poor Law charged parishes with providing Outdoor Relief for their own poor. The earliest workhouses provided non-residential paid work, but by the 1770s, the number of workhouses had soared to around 2000, and they had become residential.

The number of claimants exploded between 1795 and 1815, and the welfare bill increased four-fold. A union workhouse concept was put forward as a solution.

In 1835 the Poor Law Amendment Act abolished Outdoor Relief for the able-bodied poor. This meant that claimants that weren’t desperate enough to enter a workhouse received no financial assistance from the parish. It was the workhouse or nothing.

Southwell Workhouse in Nottinghamshire was flagged as a model workhouse, run by a union of parishes, and governed by an elected Board of Guardians. The workhouse regime was designed to discourage people from claiming relief, and it was hoped that some of the new workhouses might even turn a profit. From the beginning, free medical care and education were provided to inmates, giving them some advantage over the paupers outside. 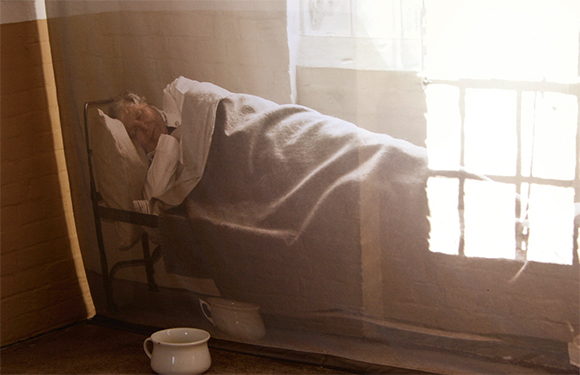 Ghosts of residents past inhabit the now-quiet complex at Southwell, Notts: DANA HUNTLEY

Today, Southwell Workhouse in Nottinghamshire is the UK’s best-preserved workhouse, providing a fascinating insight into the lifestyle of paupers that endured for more than a century.

The visitor tour begins with an introductory video. Then, you explore the arrivals building, where men, women, and children were separated. Once they’d been admitted, children were only allowed to see their families once a week. You see where inmates showered and changed into the workhouse uniform, before being shown to their dormitory and put to work.

It’s easy to imagine the sense of despair that desperate families must have felt when they were split up, with each individual sent to live in a different wing. 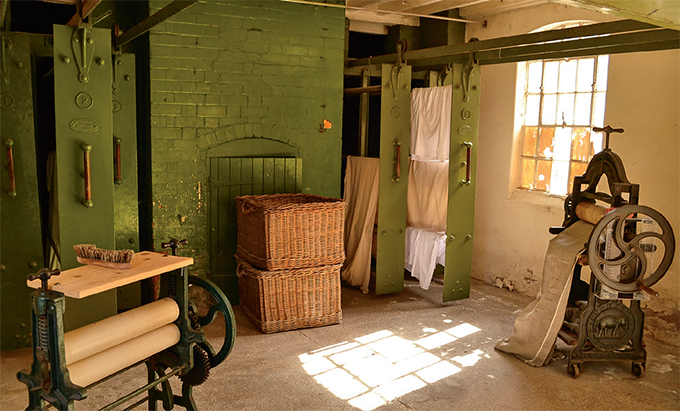 The laundry next door houses mangles, scrubbing brushes, drying rails and laundry baskets. The sounds and smells of the laundry room, the wet hands, constant scrubbing, and humidity in the air, would have probably made this room unpleasant.

Outside are exercise yards and vegetable gardens, where residents tended to vegetables that went on sale to the public. The proceeds helped to fund the facility. Inside, the rooms are bright and airy, mostly painted cream, reflecting the colors used in the 1800s. On the upper floors, later color schemes include oppressive browns and greens from the 20th century.

Unlike some workhouses, Southwell was kept beautifully clean, and that’s reflected in its condition today. Inmates painted and washed the walls regularly. You can see the schoolroom for children with benches in neat rows. The dormitories contain rows of iron-frame beds, made up with comfortable mattresses, pillows, sheets, and blankets. The kitchen contains a big iron stove with copper pans, and workhouse menus—typically offering bread, gruel, meat, and potatoes. Visit the washrooms, offices, staff quarters, workrooms, and stroll around the kitchen garden, which today is maintained by volunteers.

Southwell’s workhouse was designed to accommodate up to 158 residents, but numbers varied depending on the seasonal work available outside. The regime was tough, with inmates rising early to begin their 10-hour working day, seven days a week. They worked on a variety of tasks, including stone breaking for building projects, bone-crushing to make crop fertilizer, and picking oakum (old rope) for reuse in industry.

Much of the work was deliberately demoralizing, repetitive and unfulfilling. This was part of the deterrent. The rope picking task left many with sore hands, and inmates were given pointless tasks to do when the income-generating work ran out. Some inmates left the workhouse in the summer to take seasonal work on the farms, and then returned in the winter.

The vagrants’ dormitories have been demolished, but you can learn about the vagrants, who would travel from workhouse to workhouse; they could stay in one place for two nights only, in every 30 days. They weren’t allowed to stay anywhere permanently, because they didn’t belong to any parish. This policy spread the financial burden across parishes.

There’s an exhibition about William Henry Beveridge, a 20th-century British economist and social reformer, who wanted to eliminate “want squalor, ignorance, disease, and idleness.” It compares the Victorian workhouse to the modern welfare state, looking at what individuals received then, and what welfare claimants receive today. Newspaper reports about 21st-century food banks are on display—with recipients claiming that they can’t afford to eat. This puts the workhouse in a favorable light; in the workhouses, everyone got three square meals a day. The exhibit also poses some interesting modern dilemmas. 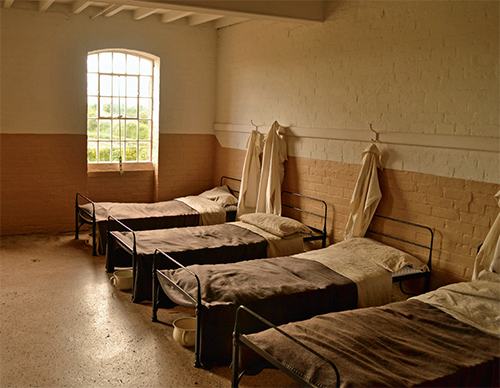 Accommodations may have been spartan, but they were far more sanitary than most homes: SUSIE KEARLEY

Demise of the workhouses

The last Victorian workhouses closed following the birth of the NHS in 1948 and the Housing Act of 1949. The old and infirm that had been residing in them were transferred to well-equipped care homes. While those that couldn’t find work were provided with money and accommodation elsewhere. It was the dawn of the modern welfare state.
The workhouses became hospitals and care homes, offices and storage depots. Some workhouses were brought back into use by councils in the 1970s, to provide emergency accommodation for the homeless—you can see one made up as a self-contained family apartment today.

The closure of the workhouses marked the end of an era. It’s fortunate that some workhouses have been preserved, enabling new generations to learn about this aspect of our past.